Matt "Money" Smith, the voice of the L.A. Chargers play-by-play and Maria Taylor, ESPN host and reporter, will serve as commentators on the series.

"Watching good people compete at their highest ability is always inspirational to me," said Tebow. "Million Dollar Mile is a show that does just that—it motivates, thrills, and is aspirational and I'm excited to be hosting this show." 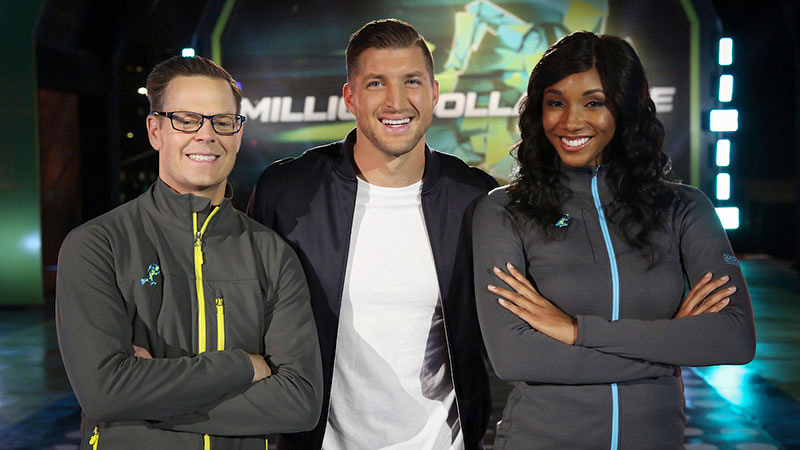 In this unprecedented television event series, contestants will have the chance to win $1,000,000 every time they run the Million Dollar Mile.

Standing in their way is the most challenging course ever designed and a group of elite athletes with one mission: to stop the contestants from winning the money at all costs. Currently, the series is in production in Los Angeles for broadcast on the CBS Television Network.

The series comes from Executive Producers Allison Grodner and Rich Meehan with Fly on the Wall Entertainment and LeBron James and Maverick Carter with SpringHill Entertainment, as well as Warner Horizon Unscripted & Alternative Television.

Stay tuned for more about Million Dollar Mile on CBS.com.