The two dramas are EVIL, a psychological mystery from acclaimed producers Michelle and Robert King (The Good Wife and The Good Fight), starring Katja Herbers and Mike Colter; and the courthouse ensemble ALL RISE.

The new shows debuting later in the season include the dramas FBI: MOST WANTED, which comes from producer Dick Wolf and stars Julian McMahon; and TOMMY, starring Emmy Award winner Edie Falco; as well as the comedy BROKE, from Producer Jennie Snyder Urman, and starring Jaime Camil and Pauley Perrette.

"Our new lineup features both classic CBS shows and genres that viewers love, as well as some new series that push the boundaries of what you might expect from us," said Kelly Kahl, President of CBS Entertainment. "We are also saving some very strong series for the second part of the year as part of a strategy to roll out new and returning series throughout the season."

"This is a slate of new shows with thought-provoking stories, culturally relevant themes and tremendous casts, from award-winning producers and writers," said Thom Sherman, Senior Executive Vice President of Programming at CBS Entertainment. "We are also building on the diverse series we launched last season with more leading roles for women and more inclusive storytelling across all of our new comedies and dramas."

MONDAYS - Two established hits bracket an exciting new comedy and drama. THE NEIGHBORHOOD once again starts off the night at 8 PM and provides a potent and compatible launch pad for the new comedy BOB ♥ ABISHOLA, which comes from award-winning Producer Chuck Lorre. Then, new courthouse drama ALL RISE premieres at 9 PM, while BULL closes the night at 10 PM.

TUESDAYS - Tuesday's dominant lineup remains intact. Opening the night at 8 PM is NCIS, the #1 drama on TV for nine of the last 10 seasons, while delivering 16 million viewers each week. At 9 PM, FBI, the #1 new series on TV, returns for its sophomore season, followed by 10 PM time-period winner NCIS: NEW ORLEANS, starring Scott Bakula.

WEDNESDAYS - Wednesday's winning schedule adds an established hit drama. At 8 PM, SURVIVOR, which is the #1 broadcast in key demos during the hour, starts off the night. Then, at 9 PM, fans can catch the third season of SEAL TEAM, starring David Boreanaz, which provides a powerful pairing when the hit drama S.W.A.T., starring Shemar Moore, joins the night's lineup at 10 PM.

FRIDAYS - CBS' most dominant night adds a hit drama to create a tropical duo. HAWAII FIVE-0 slides to 8 PM to open the night, leading into its Hawaiian neighbor MAGNUM P.I. at 9 PM. Next, at 10 PM, Top 10 hit BLUE BLOODS returns for its 10th season to cap one of TV's strongest nights.

SUNDAYS - CBS' winning night returns intact. Returning at 7 PM is 60 MINUTES, television's most acclaimed news program for five decades, which provides a powerful lead-in for the three top scripted broadcasts of the night. First up at 8 PM is GOD FRIENDED ME, followed at 9 PM by NCIS: LOS ANGELES, Sunday's highest-rated broadcast drama, and then MADAM SECRETARY, starring Téa Leoni, closes out the signature night at 10 PM. 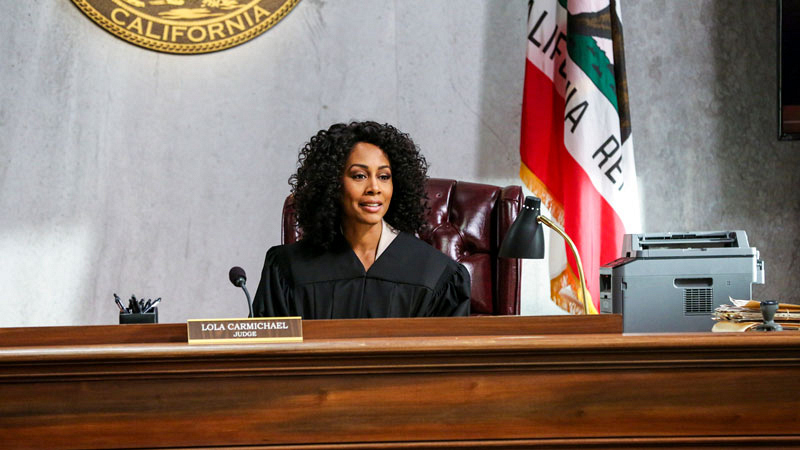 ALL RISE is a new courthouse drama that follows the chaotic, hopeful and sometimes absurd lives of its judges, prosecutors and public defenders, as they work with bailiffs, clerks and cops to get justice for the people of Los Angeles amidst a flawed legal process.

Among them is newly appointed Judge Lola Carmichael (Simone Missick), a highly regarded and impressive deputy district attorney who doesn't intend to sit back on the bench in her new role, but instead leans in, immediately pushing the boundaries and challenging the expectations of what a judge can be.

WATCH: First Look At All Rise

This fall, watch new episodes of All Rise on Mondays at 9/8c on CBS and CBS All Access. 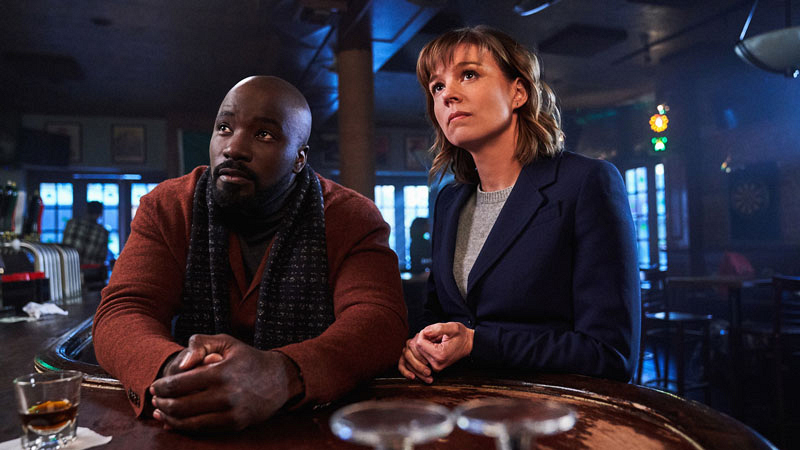 EVIL is a psychological mystery from Michelle and Robert King, the creators of The Good Wife and The Good Fight, that examines the origins of evil along the dividing line between science and religion.

The new drama focuses on a skeptical female psychologist who joins a priest-in-training and a carpenter as they investigate the Church's backlog of unexplained mysteries, including supposed miracles, demonic possessions, and hauntings. Their job is to assess if there's a logical explanation or if something truly supernatural is at work.

This fall, watch new episodes of Evil on Thursdays at 10/9c on CBS and CBS All Access. 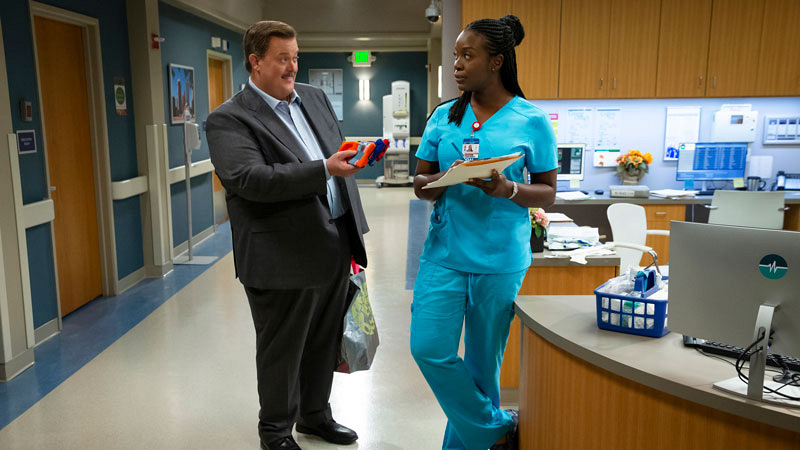 BOB ♥ ABISHOLA​ is a new comedy that's a love story about a middle-aged compression sock businessman (Billy Gardell) who unexpectedly falls for his cardiac nurse, a Nigerian immigrant (Folake Olowofoyeku), while recovering from a heart attack and sets his sights on winning her over.

Undaunted by Abishola's (Olowofoyeku) lack of initial interest or the vast differences in their backgrounds, Bob (Gardell) is determined to win Abishola's heart, in this new comedy that examines immigrant life in America. 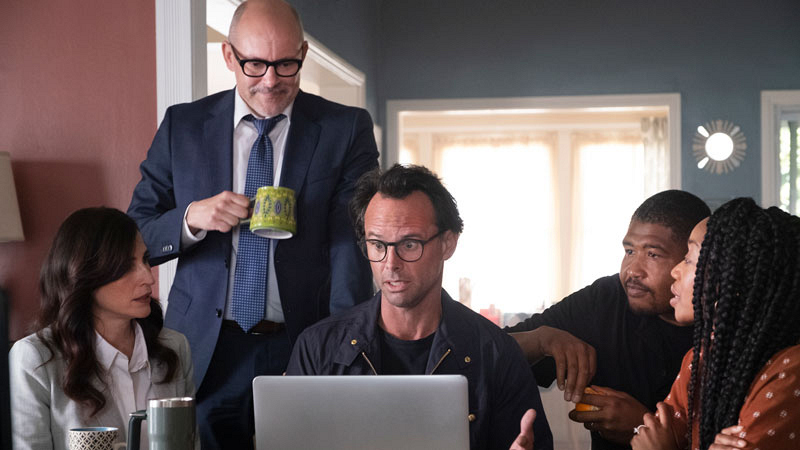 THE UNICORN is a new comedy about a tight-knit group of best friends and family who help Wade (Walton Goggins) embrace his "new normal" after the loss of his wife a year earlier.

As a sometimes ill-equipped but always devoted single parent to his two adolescent daughters, he is taking the major step of dating again. To Wade's amazement, he's a hot commodity with women, and his friends explain that he's the perfect single guy—a "unicorn": employed, attractive, and with a proven track record of commitment. With his daughters and best friends rooting him on and hoping he'll find happiness again, Wade and his healing heart are ready to try life... and love... again.

WATCH: First Look At The Unicorn

This fall, watch new episodes of The Unicorn on Thursdays at 8:30/7:30c on CBS and CBS All Access. 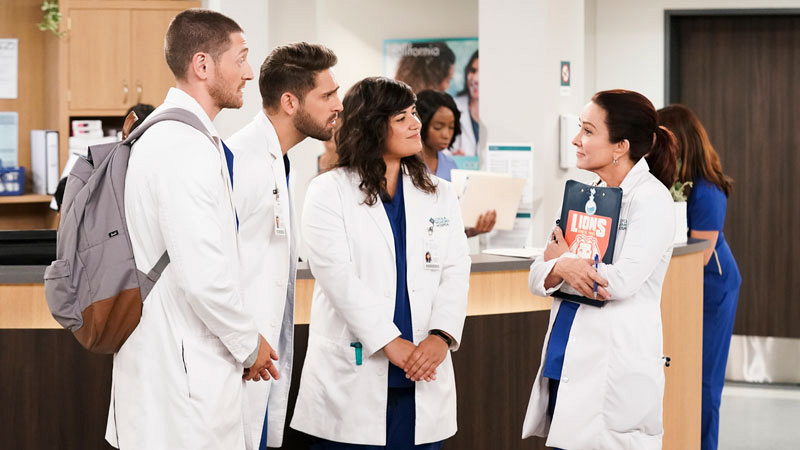 CAROL'S SECOND ACT is a new comedy starring Emmy Award winner Patricia Heaton as a 50-year-old woman, who embarks on a unique second act after raising her children, getting divorced, and retiring from teaching: pursuing her dream of becoming a doctor.

At age 50, Carol is a medical intern and must sink or swim with peers who are half her age. It's her enthusiasm, perspective and, yes, even her age, that may be exactly what will make her second act a great success.

This fall, watch new episodes of Carol's Second Act on Thursdays at 9:30/8:30c on CBS and CBS All Access. 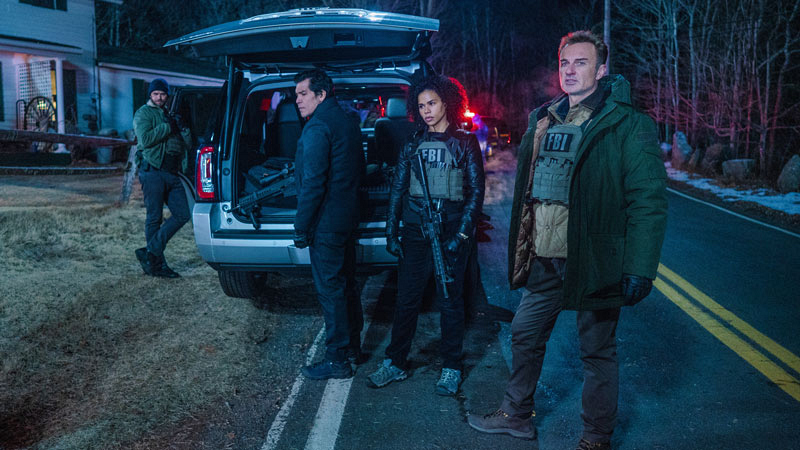 FBI: MOST WANTED is a new high-stakes drama from from Emmy Award winner Dick Wolf and the team behind FBI and the Law & Order franchise. The series focuses on the Fugitive Task Force, which relentlessly tracks and captures notorious criminals on the Bureau's Most Wanted list.

Seasoned agent Jess LaCroix (Julian McMahon) oversees the highly skilled team, which functions as a mobile undercover unit that's always out in the field, pursuing those who are most desperate to elude justice.

FBI: Most Wanted is coming soon to CBS and CBS All Access. 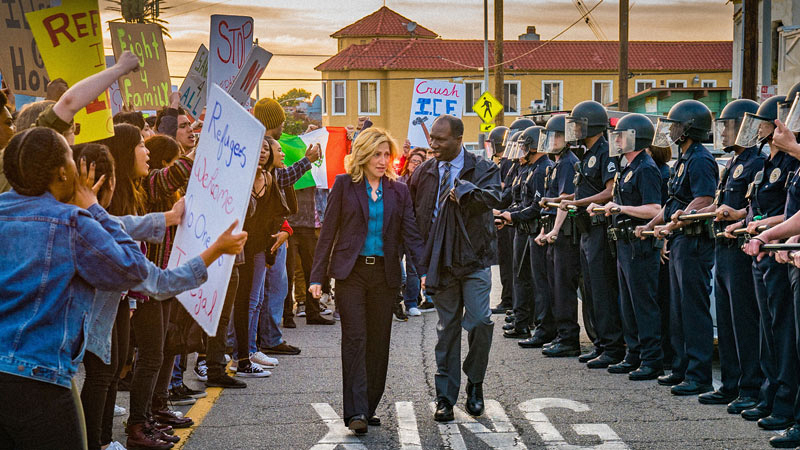 Tommy is coming soon to CBS and CBS All Access. 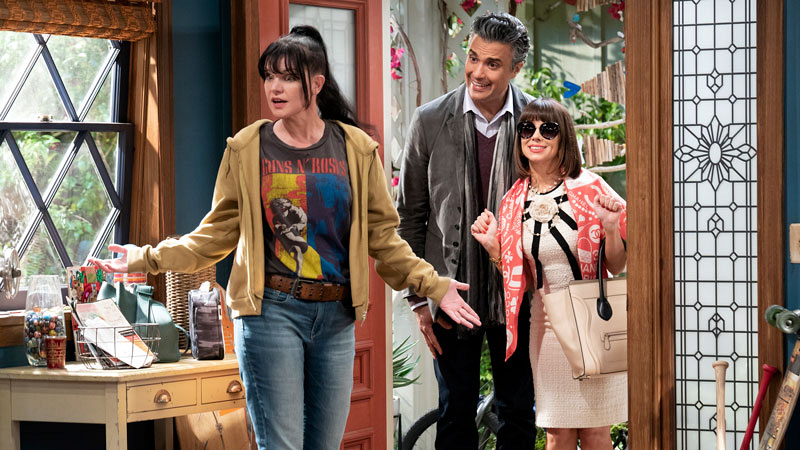 BROKE is a new comedy starring Pauley Perrette, who plays Jackie, a single suburban mother who's shocked when her estranged sister, Elizabeth (Natasha Leggero), her sister's outrageously wealthy, big-hearted husband, Javier (Jaime Camil), and Javier's fiercely loyal assistant/driver/friend land on her doorstep in need of a place to live after the couple's money dries up.

Though class differences may separate the women—in addition to the size of the house and the number of people living in—it will test the limits of family ties and the familiar bond of sisterhood might be the catalyst they need to restore their relationship.

Broke is coming soon to CBS and CBS All Access.