Here's how to get the most out of CBS All Access with anticipated TV shows and hit movies!
Summer is upon us, and these laid-back days pair perfectly with a cold drink, your feet up, and something fun to stream on your favorite screen.

CBS All Access delivers a perfect summer plan: can't-miss episodes of top TV series, exclusive original series premieres, and a new slate of feature films. Watch at your own pace with a variety of streaming options and then join viewers everywhere for special events you'll want to catch live!

Here's everything you need to know about what movies are leaving, what new content is coming, and important dates for TV finales and Summer premieres. So start marking your calendar and make time to binge these streaming titles.

As always, explore the site for an even fuller list of options available in CBS All Access Original series, current CBS Primetime TV shows, sports, movies, and more.

BIG BROTHER 21 TWO-NIGHT PREMIERE EVENT
Expect the unexpected when Big Brother Season 21 kicks off another summer of alliances, backstabs, and close quarters as the new Houseguests are introduced with a two-night event on June 25 and 26. Once again, Big Brother will air three episodes a week.

Following the two-night premiere, the show will broadcast on Sunday, June 30 at 8/7c. Then, starting Wednesday, July 10, Big Brother will move to 9/8c on Wednesdays and Thursdays with the Sunday show remaining at 8/7c. And for even more intrigue head to CBS All Access where subscribers are exclusively able to watch the Big Brother Live Feeds.

CBS ALL ACCESS ORIGINAL SERIES PREMIERES
One of the biggest draws to CBS All Access is the exclusive original series for subscribers. This month, the struggle between light and dark, as well as good and evil, builds as we start Season 2 of Strange Angel. 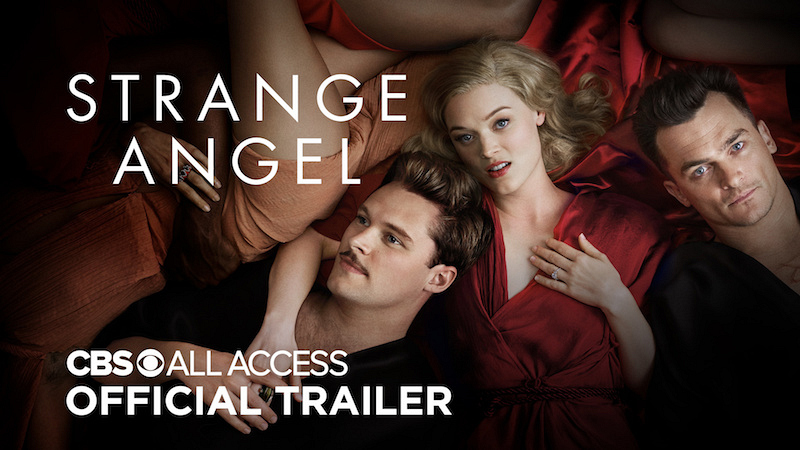 The series follows the bizarre true story of Jack Parsons (Jack Reynor) as he furthers his ambitions to pioneer America's first rocketry program while practicing sex magick as a devotee of Thelema, the religion of one Aleister Crowley (Angus Macfadyen).

PRIMETIME PREMIERES AND FINALES STREAMING ON CBS ALL ACCESS
June begins with a big finish, as the Season 3 finale of Ransom airs on Saturday, June 1 at 9/8c.

LIVE EVENTS STREAMING ON CBS ALL ACCESS
Whether you're into sports or musical theater, we've got you covered! Broadway fans will celebrate another great year on the stage with the 73rd Annual Tony Awards®, hosted by James Corden, live from Radio City Music Hall in New York City on Sunday, June 9 at 8/7c.

READ: The Complete List Of Nominees For The 73rd Annual Tony Awards

Of course, subscribers to CBS All Access get loads of live sports (including round-the-clock streaming coverage from CBS Sports HQ). All month long, we'll be the exclusive place to stream World Series of Poker Bracelet Events, which will stream on a dedicated feed (see complete schedule).

READ: How To Watch And FAQ About 2019 WSOP Bracelet Events

Plus, hoops fans will get to enjoy the season opener of BIG3, Ice Cube's basketball league, on June 22.

And don't forget that golf is in full swing! This month will include a number of exciting PGA Tour live events, including:

STREAMING MOVIES EXPIRING IN JUNE
Catch these titles before they expire June 30*.

It's heating up this June on CBS All Access! If you're not already a subscriber, sign up now to get in on this can't-miss entertainment.