Jaime Camil and Pauley Perrette will join Matt LeBlanc and Liza Snyder on Thursday nights.
Good news for Man With a Plan fans!

But the laughs don't stop there!

A familiar face is back in all-new comedy Broke premiering the same night at 9:30/8:30c after the season finale of Carol's Second Act. 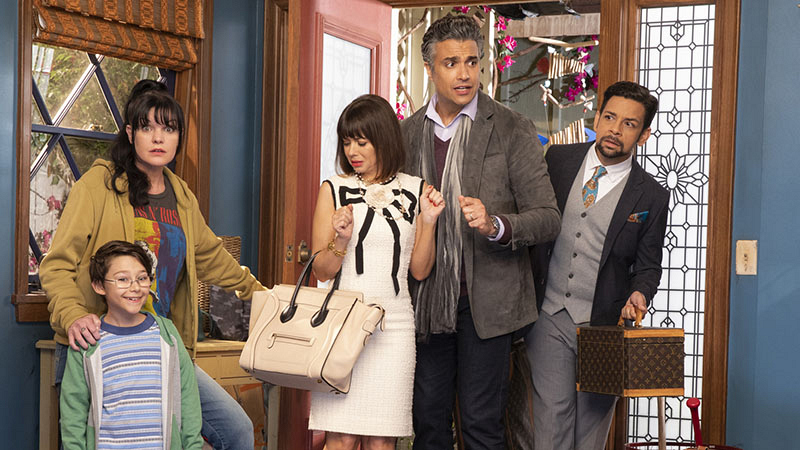 Broke stars Jaime Camil and Pauley Perrette. Perrette plays single suburban mother Jackie, whose world implodes after her estranged sister Elizabeth (Natasha Leggero), her sister's outrageously wealthy and big-hearted husband (Camil), and his assistant/driver/friend show up on her doorstep after the couple's money dries up.

Family ties will be tested as five people cram into a small house, but the bonds of sisterhood may bring them together. Izzy Diaz and Antonio Raul Corbo also star.

WATCH: Get A First Look At New Comedy Broke On CBS

Watch the series premiere of Broke on Thursday, Apr. 2 at 9:30/8:30c on CBS or stream it live or on-demand with CBS All Access.