The themed weeks include the return of a beloved Y&R character and an epic adventure on B&B.
Travel back in time as CBS's top-rated daytime dramas, The Young and the Restless and The Bold and the Beautiful, throw it back with memorable themed weeks beginning Monday, April 27 on CBS and CBS All Access.

The Young and the Restless, now in its 47th season (and 31st straight as the most-watched daytime drama), will feature episodes focused on beloved and iconic Genoa City matriarch Katherine Chancellor (played memorably by the late Jeanne Cooper). 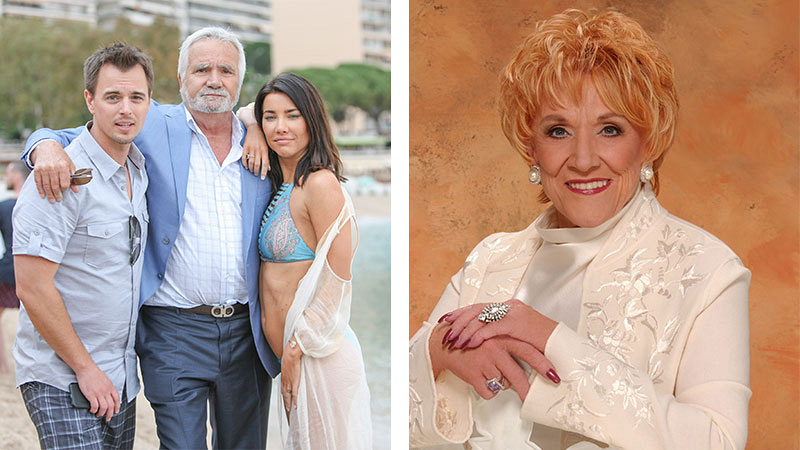 The Bold and the Beautiful, which recently celebrated 33 years on the Network, will amp up the fantasy with “Escape to Monte Carlo,” Monday-Friday at 1:30 ET/12:30 PM PT.

As part of the themed week, two documentary-style, making of episodes filmed on location in Monaco will air Monday, April 27 and Tuesday, April 28. These two “Becoming Bold and Beautiful” episodes have never been seen before on CBS, and feature rare, behind-the-scenes footage of cast and crew (including executive producer Bradley Bell) as they shot throughout the enchanting mountainside country.

Also, as an early kickoff to the theme week, on Friday, April 24, B&B will air the Monte Carlo-themed episode in which Forrester Creations and Spectra Fashions face off for a fashion showdown benefitting charity.

“It’s incredibly fun to offer fans an opportunity to look back at such memorable moments from Y&R and B&B,” said Amy Reisenbach, Executive Vice President, Current Programs, CBS Entertainment. “Both of these shows have extraordinary legacies, and these specially curated episodes are only a small portion of what we hope to be able to present in the coming weeks.”

The stars of Y&R and B&B will provide bonus content with fresh commentary at the beginning and end of many episodes. Additional theme weeks of both series will be announced in the near future.

STREAM: Full Episodes Of The Bold And The Beautiful On CBS All Access

Watch The Young and the Restless and The Bold and the Beautiful Weekdays on CBS and CBS All Access.