Today marks a new chapter in the story of CBS All Access with major content additions, product updates, and enhancements to the subscription video on-demand and live streaming service.

CBS All Access can now truly take you anywhere, be it space (Star Trek: Picard and Star Trek: Lower Decks), stadiums (UEFA Champions League, which kicks off next week, and other major sporting events like NFL on CBS), and now under the sea with the CBS All Access addition of SpongeBob SquarePants and the forthcoming all-new CBS All Access exclusive SpongeBob series, Kamp Koral.

Let's check out more of the options now available on CBS All Access! 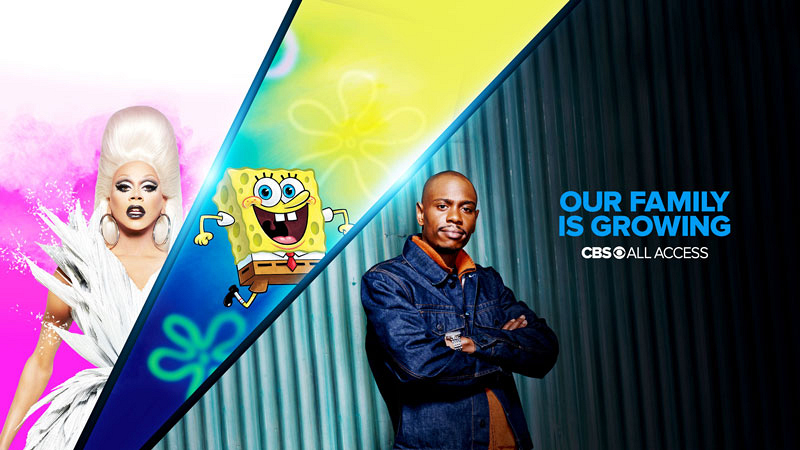 BET: All seasons of Real Husbands Of Hollywood, Hit The Floor, plus all prior seasons of Single Ladies, and more.

Comedy Central: All seasons of Chappelle's Show, Strangers With Candy, in addition to six prior seasons of Reno 911!, and more.

MTV: All seasons of Laguna Beach and Snooki & JWOWW, plus prior seasons of Teen Mom 2, Jersey Shore: Family Vacation, and MTV Floribama Shore, as well as a selection from The Challenge, Beavis And Butt-Head: The Mike Judge Collection, and more.

Nickelodeon: All seasons of Avatar: The Last Airbender, Rugrats, plus all prior seasons of SpongeBob SquarePants, in addition to previously available seasons of Danny Phantom, The Legend Of Korra, and Sam & Cat.

Smithsonian Channel: More than 60 episodes of Aerial America, seasons of Air Disasters, documentaries such as The Day We Walked On The Moon, The Green Book: Guide To Freedom, MLK: The Assassination Tapes, Pocahontas: Beyond The Myth, and more.

TV Land and VH1: Series like Hot In Cleveland, as well as prior seasons of RuPaul's Drag Race, Love & Hip Hop, and more.

Paramount Pictures: Recently added movies including The Firm, Charlotte's Web, and Scary Movie, which bring the grand total to over 150 film titles. 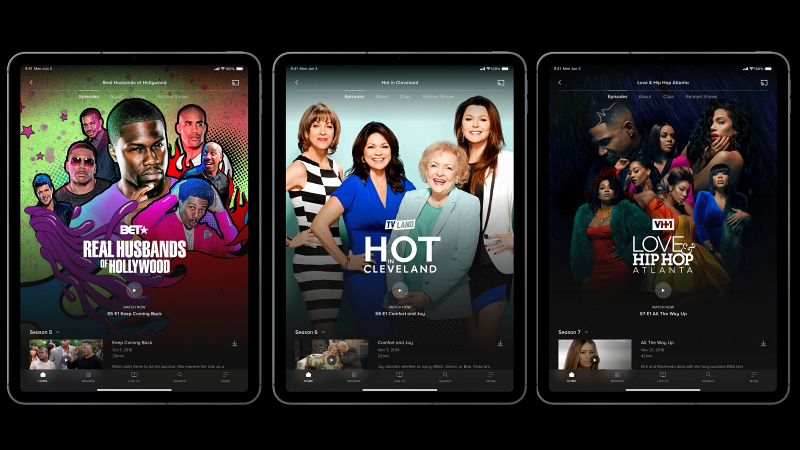 In addition to being the exclusive streaming home to UEFA club competitions in the U.S., CBS All Access will continue to stream all your favorite major sports and live events:

Then, starting on Aug. 5, new content and new series will be added to CBS All Access through the end of the year, including:

Fans can also binge other CBS All Access Original Series including the critically acclaimed hit The Good Fight, The Twilight Zone, Star Trek: Picard, Tooning Out The News, No Activity, Why Women Kill, The Thomas John Experience, and more.

Other exclusive original series coming to the service in 2021—and beyond!—include The Man Who Fell To Earth, The Harper House, and Guilty Party.

But those aren't all the original series fans can expect to see in the not-so-distant future.

In early 2021, viewers can gather around the virtual campfire for Kamp Koral, an all-new original children's series that follows the adventures of 10-year-old SpongeBob SquarePants and his pals during summer sleep-away camp. There, at the craziest camp in the kelp forest, the gang will spend their time building underwater campfires, catching wild jellyfish, and swimming in Lake Yuckymuck.

That's not the only big news in Bikini Bottom because CBS All Access will also be the exclusive home to the upcoming feature The SpongeBob Movie: Sponge On The Run, which follows SpongeBob SquarePants, his best friend Patrick Star, and the rest of the gang in the first-ever, all-CGI SpongeBob motion picture event.

While CBS All Access welcomes new programming from ViacomCBS' unparalleled portfolio of entertainment brands, the service continues to include over 17,000 episodes of current and classic CBS series, which makes it the largest single catalog of America's most-watched network.

Stay tuned for more updates when ViacomCBS debuts a full and rebranded CBS All Access service in early 2021, in the meantime, get ready to enjoy even more programming on CBS All Access in the coming weeks and months!