How To Watch Shows From BET, Comedy Central, MTV, Nickelodeon, And More On CBS All Access

Subscribers may have noticed that list keeps growing thanks to the recent addition of hit shows from networks like BET, Comedy Central, MTV, Nickelodeon, Smithsonian Channel, TV Land, and VH1. In fact, with nearly 100 new series and more feature films, the video on-demand and live event streaming service now boasts over 20,000 episodes and movies—with even more on the way!

In addition to all the new shows (and movies!) to enjoy, CBS All Access has also rolled out a new user interface with loads of enhancements and new features. Available across all major device platforms, now it's even easier to stream your favorite entertainment, on your favorite device.

Here's what you need to know about streaming all the new and existing content offerings on CBS All Access. 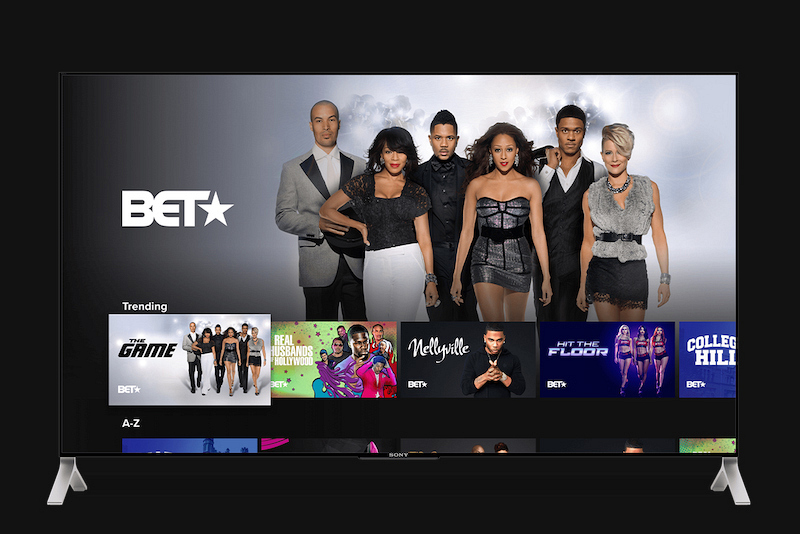 Which BET shows are available to stream on CBS All Access?
Check out BET on CBS All Access for all seasons of Real Husbands Of Hollywood, Hit The Floor, plus all prior seasons of Single Ladies. You'll also get Everybody Hates Chris, College Hill, Nellyville, and more.

Which MTV shows are available to stream on CBS All Access?
Head over to MTV on CBS All Access to catch all seasons of Laguna Beach and Snooki & JWOWW, plus prior seasons of Teen Mom 2, Jersey Shore: Family Vacation, and MTV Floribama Shore, as well as a selection from The Challenge and Beavis And Butt-Head: The Mike Judge Collection. 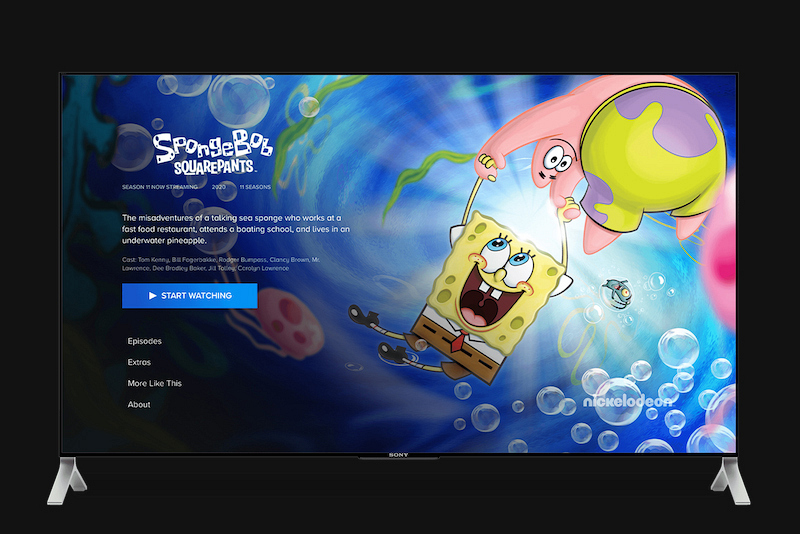 Looking ahead, fans can look forward to the. all-new CBS All Access exclusive SpongeBob series Kamp Koral and the upcoming feature The SpongeBob Movie: Sponge On The Run. Plus, Nickelodeon will be the home to the animated Star Trek: Prodigy.

Which other shows are newly added to CBS All Access?
With Smithsonian Channel on CBS All Access you'll get more than 60 episodes of Aerial America, seasons of Air Disasters, documentaries such as The Day We Walked On The Moon, The Green Book: Guide To Freedom, MLK: The Assassination Tapes, Pocahontas: Beyond The Myth, and more.

A number of VH1 shows can also be found as part of the expanded collection, including prior seasons of RuPaul's Drag Race, Love & Hip Hop, and more.

And TV Land's popular Hot In Cleveland is now ready to stream! 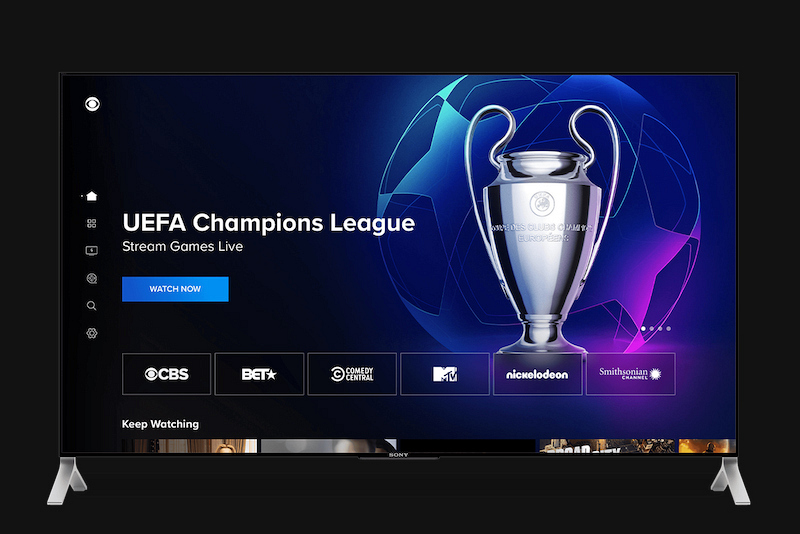 What live sports are available to stream on CBS All Access?
CBS is home to some of the biggest events in sports, like Super Bowl LV and all UEFA club competitions, which you can stream live—and in many cases catch later on demand.

CBS All Access recently announced the addition of UEFA club competitions, among the world's most popular events, including the UEFA Champions League and UEFA Europa League.

What else can I watch LIVE on CBS All Access?
CBS local stations nationwide are available to stream, ensuring you don't miss a moment of live TV—whether it's an anticipated primetime hit or late breaking news.

For fans of Big Brother (Season 22 premieres Wednesday, Aug. 5), we've got the ultimate insider experience with the Big Brother Live Feeds, which offer an in-depth, exclusive pass to watch all the action inside the Big Brother house 24/7.​ 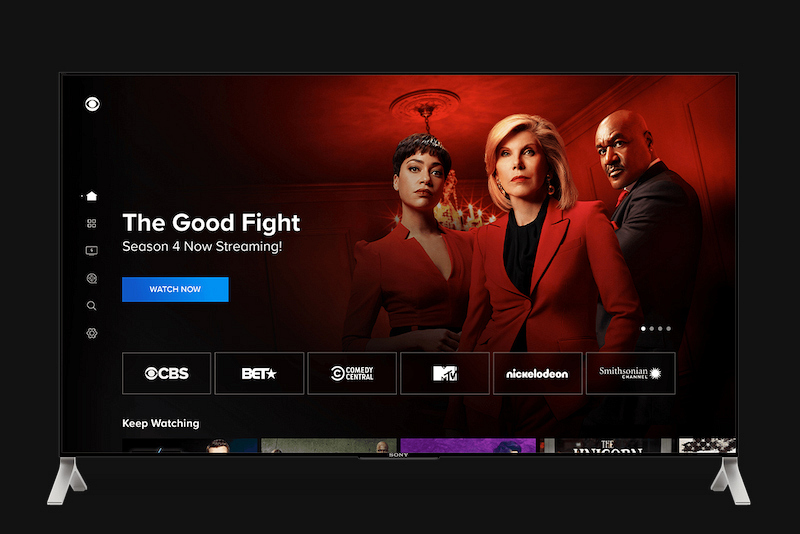 What exclusive original series are currently available to stream (or coming soon!) on CBS All Access?
There's an ever-growing collection of exclusive original series on CBS All Access that you won't find elsewhere. These currently include the critically acclaimed hit The Good Fight, The Twilight Zone, Star Trek: Picard, Tooning Out The News, No Activity, Why Women Kill, The Thomas John Experience, and more.

On the near horizon, subscribers can look forward to Star Trek: Lower Decks (series premieres on Thursday, Aug. 6), The Untitled Richard Linklater Project, and The Stand. Peering into 2021, more exclusive original series are coming to the service including The Man Who Fell To Earth, The Harper House, and Guilty Party.

And for fans of the iconic SpongeBob SquarePants (currently available to stream on CBS All Access), get excited for the forthcoming all-new CBS All Access exclusive SpongeBob series, Kamp Koral. CBS All Access will also be the exclusive home to the upcoming feature The SpongeBob Movie: Sponge On The Run, the first-ever, all-CGI SpongeBob motion picture event.

Which CBS network shows and classic series are available to stream on CBS All Access?
Of course, CBS All Access is also home to an impressive range of current and classic shows from the CBS Network, including over 17,000 episodes on demand. It's the largest single catalog of America's most-watched network.

Of course, that means you can stream all current CBS Primetime, Late Night, and Daytime shows. Those current primetime series include NCIS, FBI, The Amazing Race, SEAL Team, All Rise, Young Sheldon, Bob Hearts Abishola, Evil, and The Unicorn, plus upcoming new series like B Positive, The Equalizer, Clarice, and more. You'll also get every prior season of 14 hit CBS series on demand, including Survivor, NCIS, and Hawaii Five-0

If classics are more your style, CBS All Access offers every series in the Star Trek Universe, acclaimed hits like Cheers and Perry Mason, and so many more!

What movies are available to stream on CBS All Access?
CBS All Access continues to add films from Paramount Pictures, with titles like The Firm, Charlotte's Web, and Scary Movie joining the service. The grand total is already over 150 movies and titles are refreshed regularly.

What does a CBS All Access subscription cost?
For a limited time, you can get CBS All Access free for the first month if you're a new subscriber. After that, you can subscribe for $5.99/month with limited commercials, or you can go commercial-free for $9.99/month. That's right, 3,500 episodes of popular series have just been added with no change in price.

What's the new experience like on CBS All Access?
The recently enhanced personalization and discovery features on CBS All Access include advanced recommendations, curated homepages, new content categories, and central hubs for ViacomCBS’ brands to aid in seamlessly finding and exploring content. Check it out for yourself.

Subscribe now to enjoy all the entertainment offerings on CBS All Access—and stay tuned for more updates when ViacomCBS debuts a full and rebranded CBS All Access service in early 2021!