Adam Devine, Ludacris, and Bob Hearts Abishola's Billy Gardell and Folake Olowofoyeku will be guests on The Price Is Right At Night and Let's Make A Deal Primetime!
There's plenty of reasons to be excited for the new year, and now 2021 has even more to offer as your favorite CBS game shows come to primetime in four new January specials.

STREAM: Your Favorite CBS Game Shows On CBS All Access

And no special is complete without fun guests playing along! The Price Is Right At Night will feature actor and comedian Adam Devine (The Righteous Gemstones) on Wednesday, Jan. 6, and entertainer and philanthropist Chris “Ludacris” Bridges will be featured on Wednesday, Jan. 13. Details for the third TPIR special on Wednesday, Jan. 27 will be announced closer to air.

Adam Devine will come on down to the iconic stage and play for The Children’s Miracle Network alongside contestants who are playing for amazing prizes, including luxury cars and $100,000 in cash.

Chris “Ludacris” Bridges will test his knowledge of prices for the Ludacris Foundation and help contestants play for fantastic prizes, such as NFL season tickets and sports cars. Plus, one lucky contestant will get the chance to play the fan-favorite game Plinko.

Then, on the Let's Make A Deal Primetime special on Monday, Jan. 18, Billy Gardell and Folake Olowofoyeku, the stars of Bob Hearts Abishola, will join the show as guests. During the special, over $300,000 will be available in cash and prizes, and host Wayne Brady will give away $21,000 to lucky Traders throughout the show to celebrate 2021. 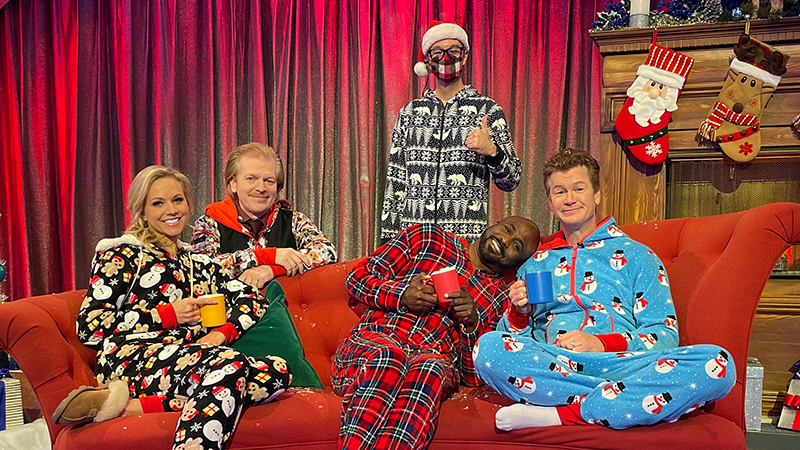 Of course, before we get to January's exciting specials you can first celebrate the holidays with back-to-back themed primetime specials on Tuesday, Dec. 22 starting at 8/7c.

Get in the holiday spirit The Price Is Right At Night when families come on down to play for festive prizes. Then stick around for Let's Make A Deal Primetime at 9/8c which will be decked out with holiday decorations and festively themed games and deals. Plus, Christopher Jackson from Bull makes a special guest appearance!

Watch The Price Is Right and Let's Make A Deal weekdays on CBS and CBS All Access.