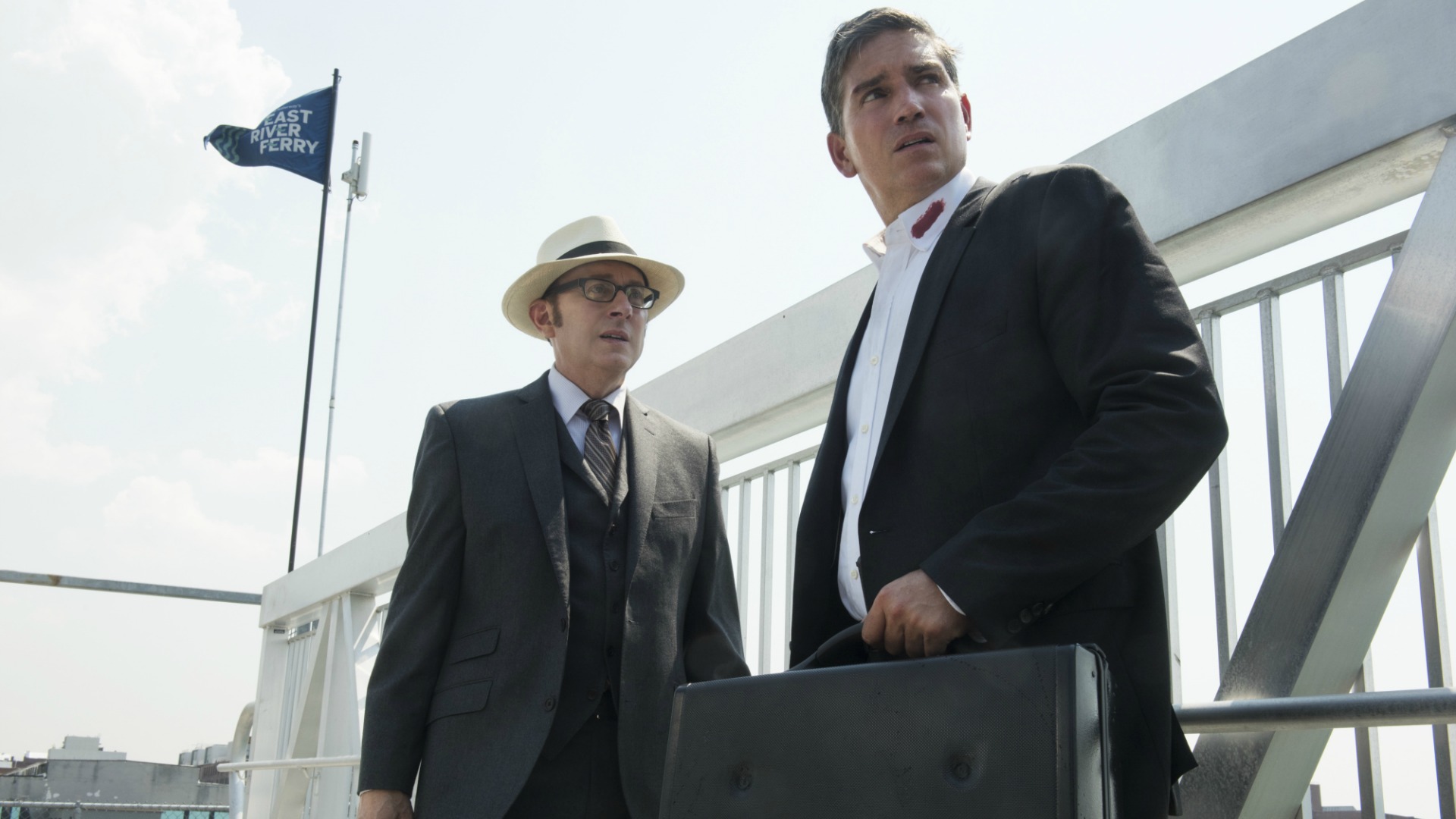 Person Of Interest Season 5 premieres on Tuesday, May 3 at 10/9c.

In Person Of Interest's Season 5 premiere episode, "B.S.O.D.," Reese and Finch will do whatever they have to in order to resuscitate what's left of the Machine's source code before it deteriorates beyond repair. Meanwhile, Root and Fusco will encounter their own obstacles as Root fights for her life against Samaritan's agents and Fusco answers difficult questions about Dominic and Elias' deaths.

The critically-acclaimed show will return with two weekly episodes on Tuesdays and Mondays, starting Tuesday, May 3 and Monday, May 9.

Watch Person Of Interest on CBS. 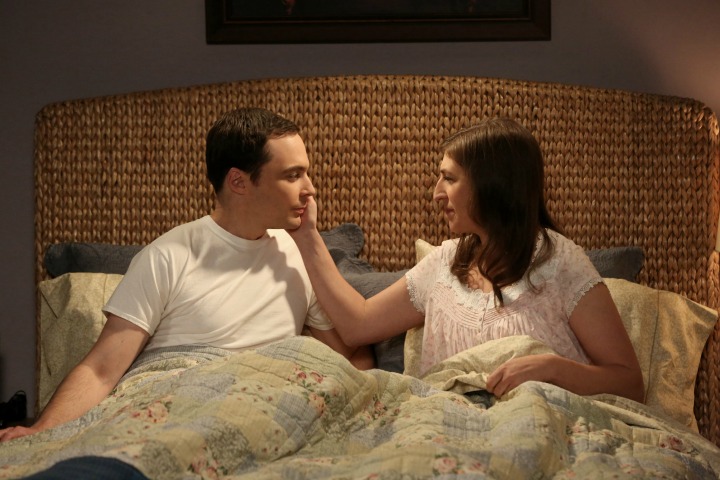 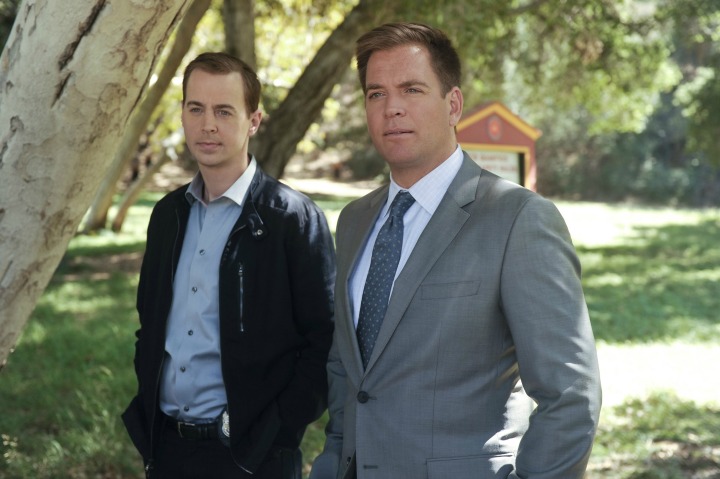 In the NCIS Season 13 finale episode entitled "Family First," NCIS, the FBI, and MI-6 continue an international manhunt for an escaped British spy who is targeting current and former agents. 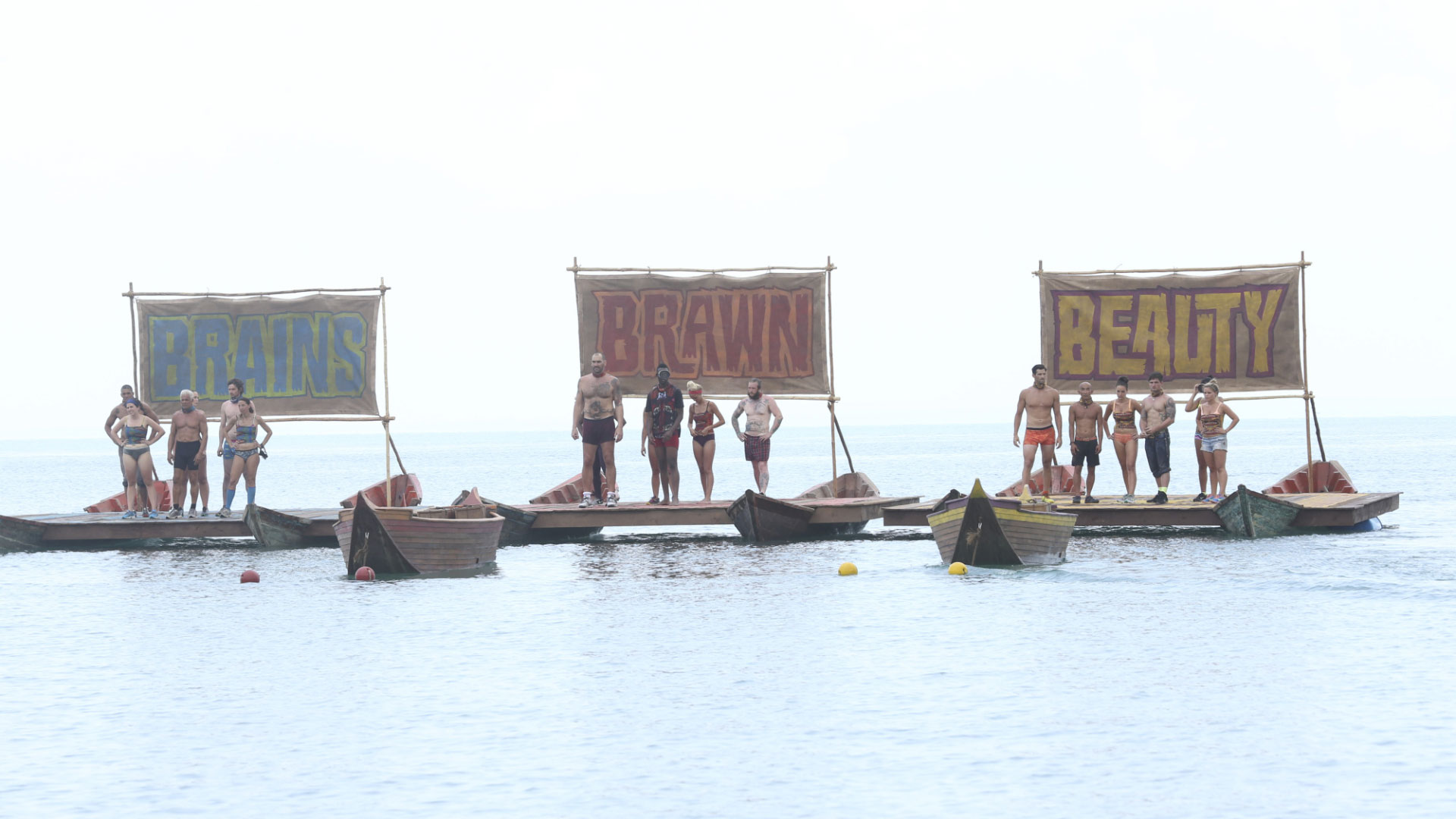 The two-hour Survivor Season 32 finale airs Wednesday, May 18 at 8/7c, followed by the Survivor Live Reunion at 10/9c.

In the two-hour Season 32 finale of Survivor, one castaway from the initial three tribes—Brains, Brawn, and Beauty—will be crowned the Sole Survivor. The final Tribal Council will be followed by the Live Reunion show, hosted by Emmy Award winner Jeff Probst. 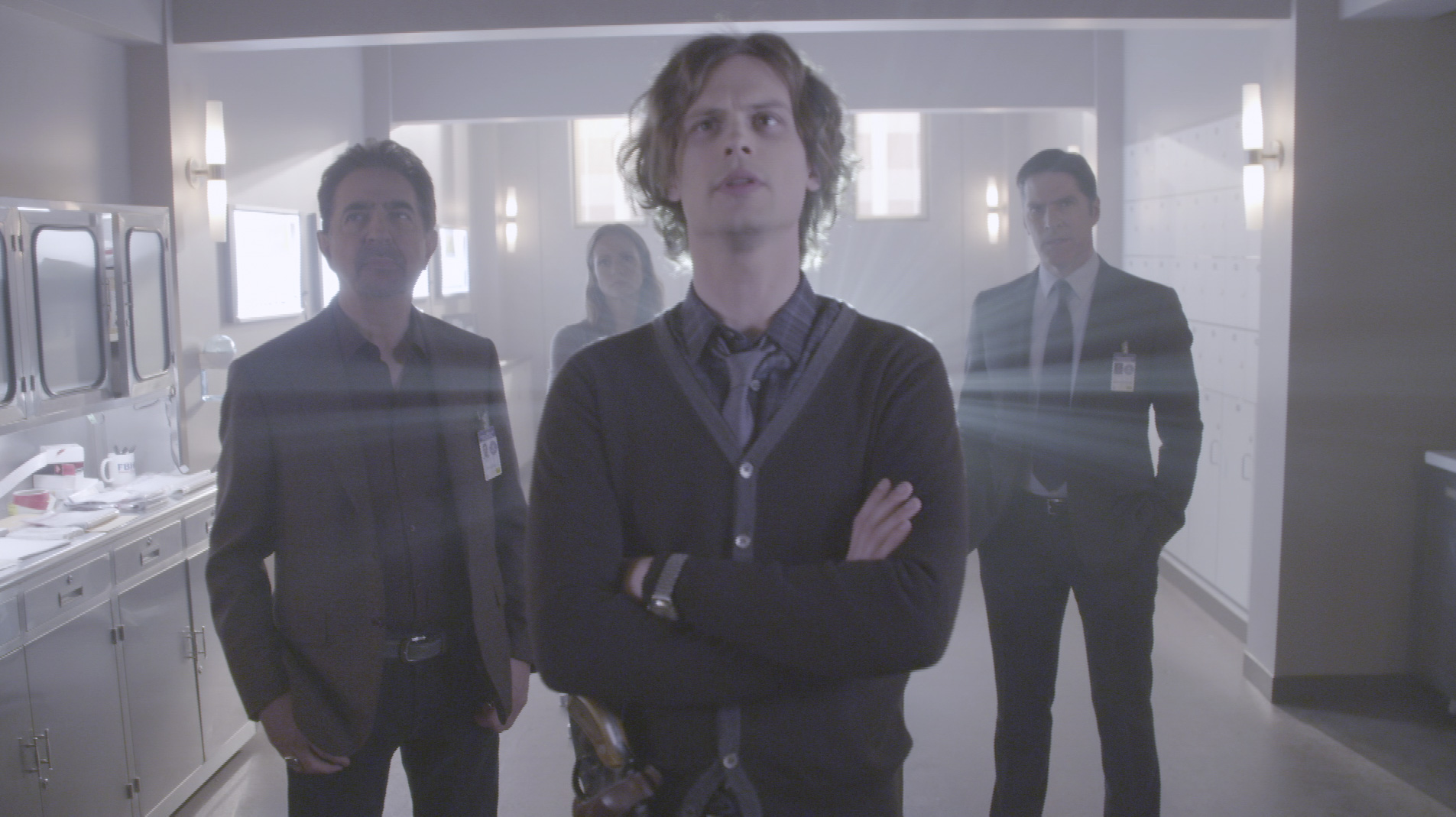 Criminal Minds Season 11 finale airs on Wednesday, May 4 at 9/8c.

In the Season 11 finale episode of Criminal Minds entitled "The Storm," the BAU is shocked when Hotch (Thomas Gibson) is apprehended by SWAT and accused of conspiracy. As the team scrambles to prove his innocence, they suspect a larger plot is on the horizon. Guest stars include Frances Fisher, as convicted serial killer Antonia Slade, and Sheryl Lee Ralph as Rossi's ex-wife, Hayden Montgomery. 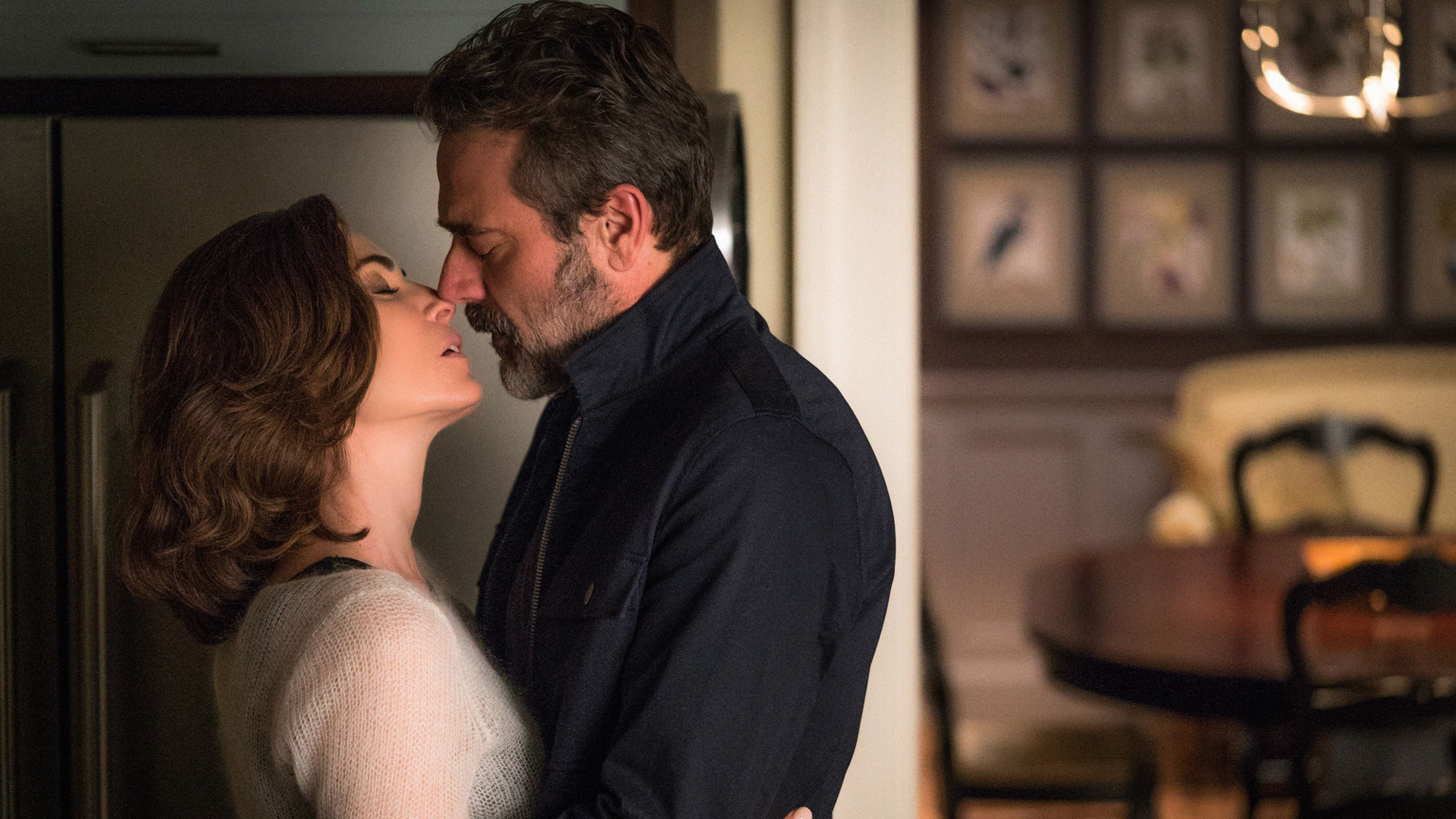 The Good Wife series finale airs on Sunday, May 8 at 9/8c.

After seven seasons, The Good Wife reaches its dramatic conclusion in the series finale entitled "End."

Watch The Good Wife on CBS. 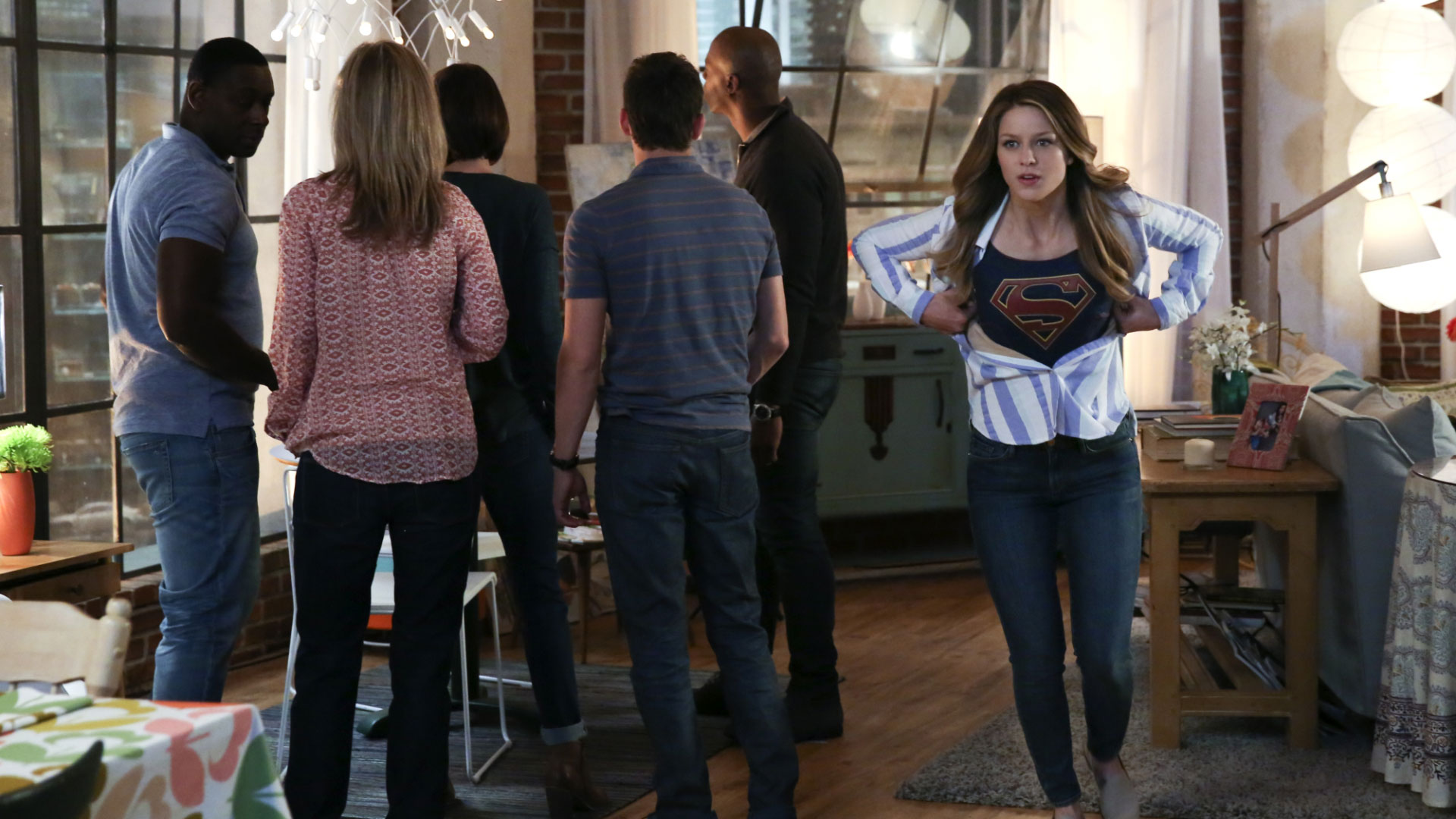 In the Supergirl season finale episode entitled "Better Angels," Supergirl (Melissa Benoist) is forced to battle with an unexpected foe and must risk everything—including her life—to prevent Non (Chris Vance) and Indigo (Laura Vandervoort) from destroying every person on the planet. 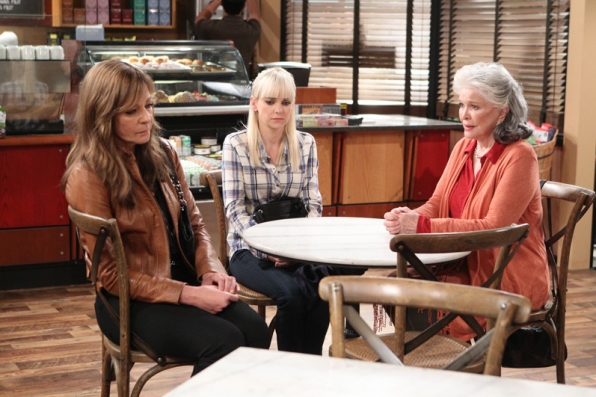 In the Mom Season 3 finale episode entitled "Atticus Finch And The Downtrodden," Christy's (Anna Faris) dream of becoming a lawyer is in jeopardy when she's hit with the reality of how much her education will cost. Also, Bonnie (Allison Janney) becomes the disciplinarian now that Violet (Sadie Calvano), her granddaughter, is living at home. 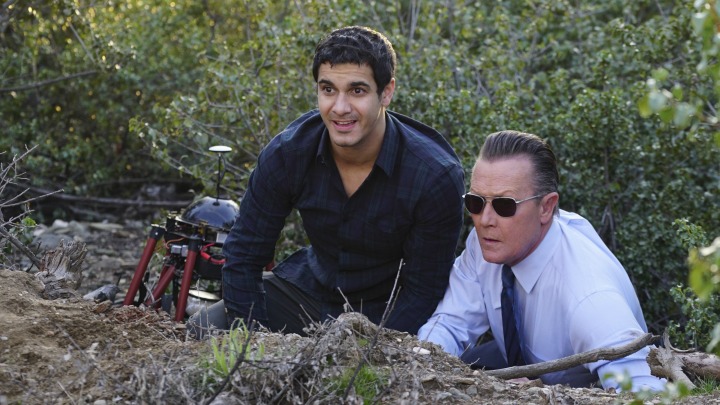 In the Season 2 finale episode of Scorpion entitled "Toby Or Not Toby," Team Scorpion must outthink their mentally unstable ex-Scorpion member Mark Collins (Joshua Leonard) after he kidnaps Toby (Eddie Kaye Thomas) and threatens the Doc's life unless his cunning demands are met. 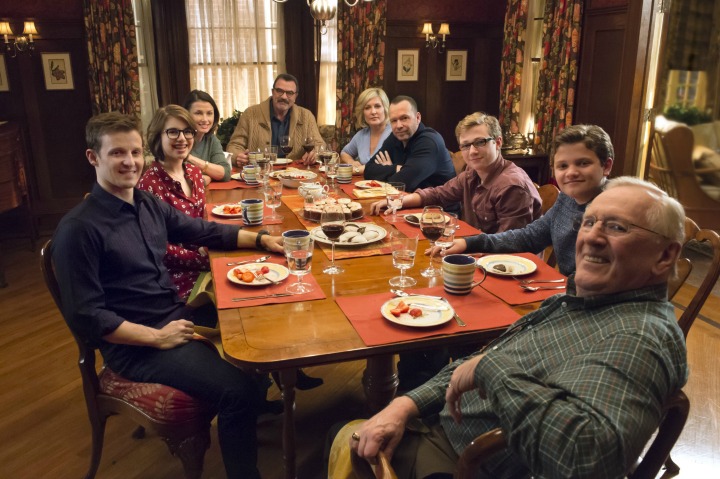 In the Season 6 finale episode of Blue Bloods entitled "Blowback," Frank (Tom Selleck), the Mayor (David Ramsey), Erin (Bridget Moynahan), and the DA's office must contend with the public's outrage after a grand jury doesn't indict an NYPD officer for the controversial shooting of a teenager that was caught on video. 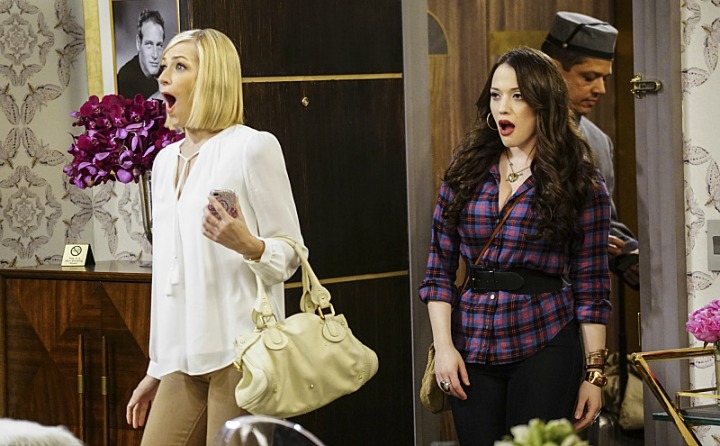 In the Season 5 finale episode of 2 Broke Girls entitled "And The Big Gamble," Max (Kat Dennings) and Beth (Beth Behrs) discover Han (Matthew Moy) is in hot water with a gang after he amasses a substantial gambling debt he can't repay after betting on women's tennis. 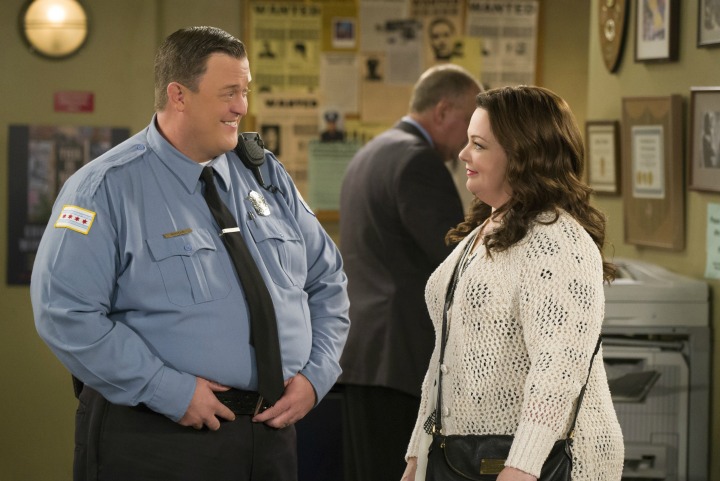 The show will return on Monday, April 25 at 8/7c, and will show back-to-back episodes each Monday at 8/7c leading up to May 16. That's when CBS will air the one-hour series finale, which kicks off at 8/7c with the episode entitled "Curse Of The Bambino," which finds Carl (Reno Wilson) dragging Mike (Billy Gardell) to a psychic, while Peggy (Rondi Reed) takes Molly (Melissa McCarthy) to church so they can pray for something the entire family has been waiting for.

Then, in the episode entitled "I See Love," which airs at 8:30/7:30c, Mike, Molly, and the family get together to reminisce about all the good—and some not-so-good times—that have gotten them to this point. Plus, in-laws Joyce (Swoozie Kurtz) and Peggy find themselves in an argument. 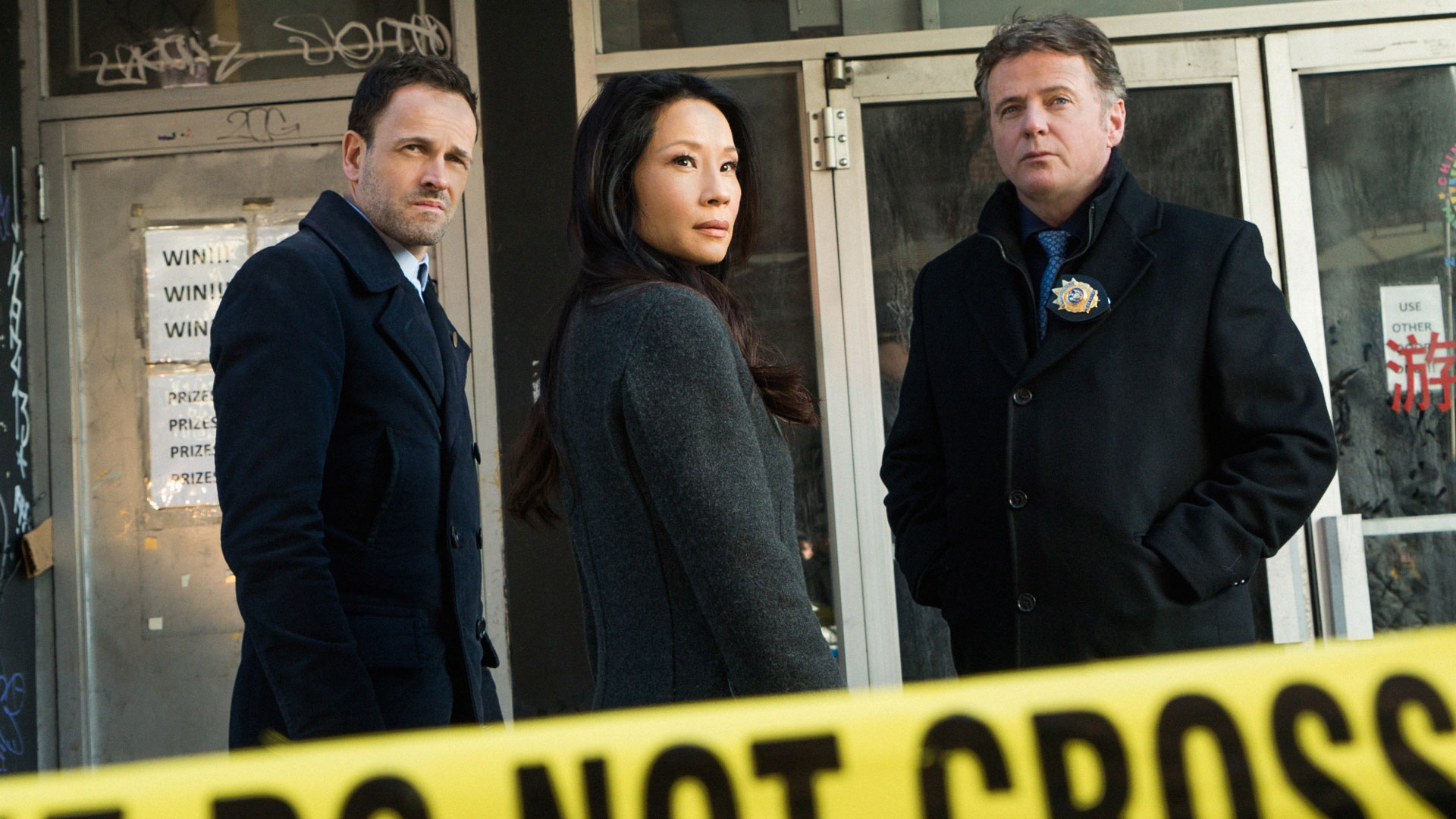 In the Season 4 finale episode of Elementary entitled "A Difference In Kind," Holmes (Jonny Lee Miller) and Watson (Lucy Liu) face reprisal from the perpetrator who wants Morland (John Noble) dead when they realize they dangerously underestimated the scope of their new enemy's influence. 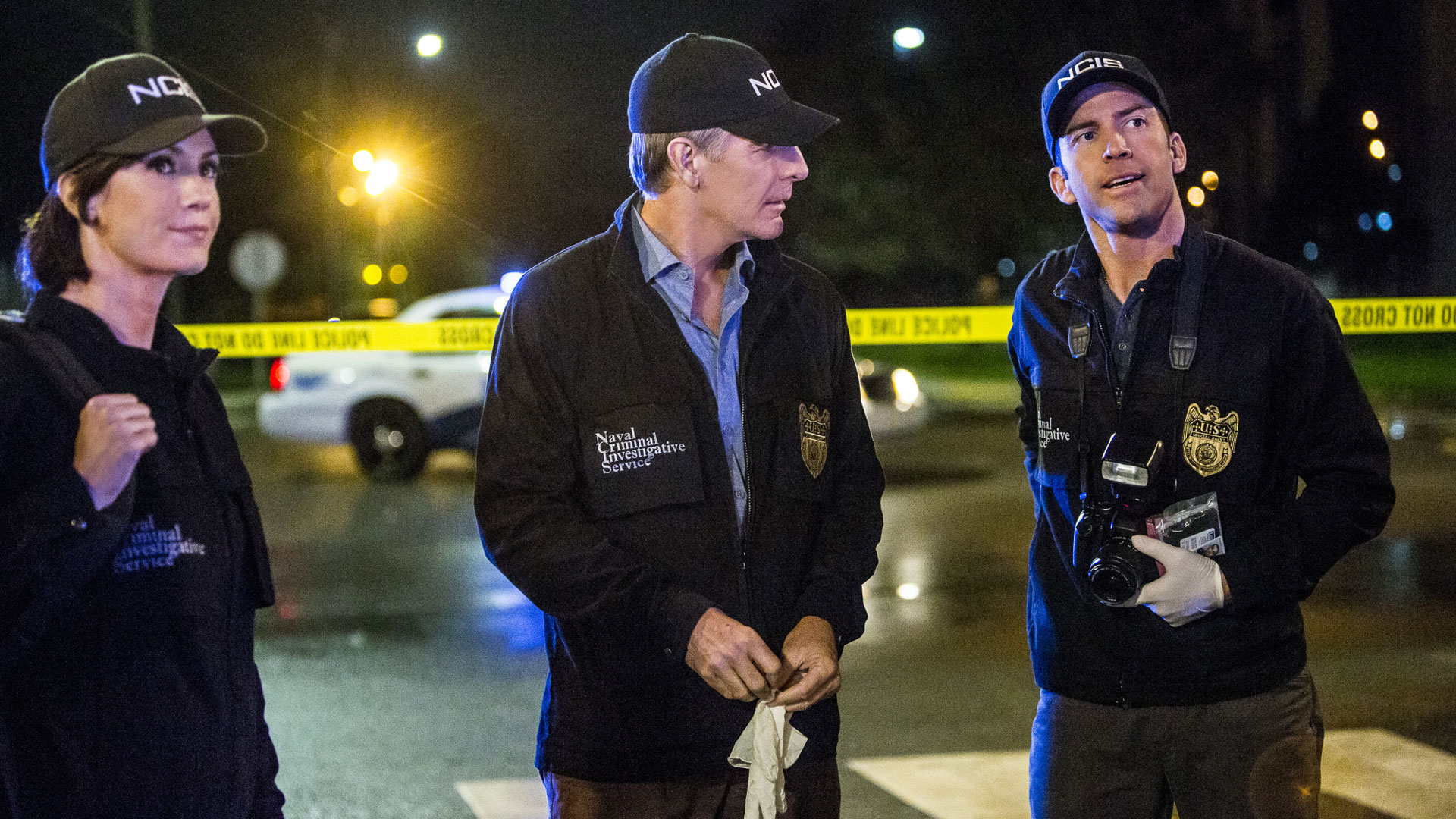 In the NCIS: New Orleans Season 2 finale episode entitled "Sleeping With The Enemy," the NCIS team uncovers a mole in the ranks while working with the Department of Homeland Security to locate 900 missing pounds of explosives that pose an imminent threat to New Orleans. 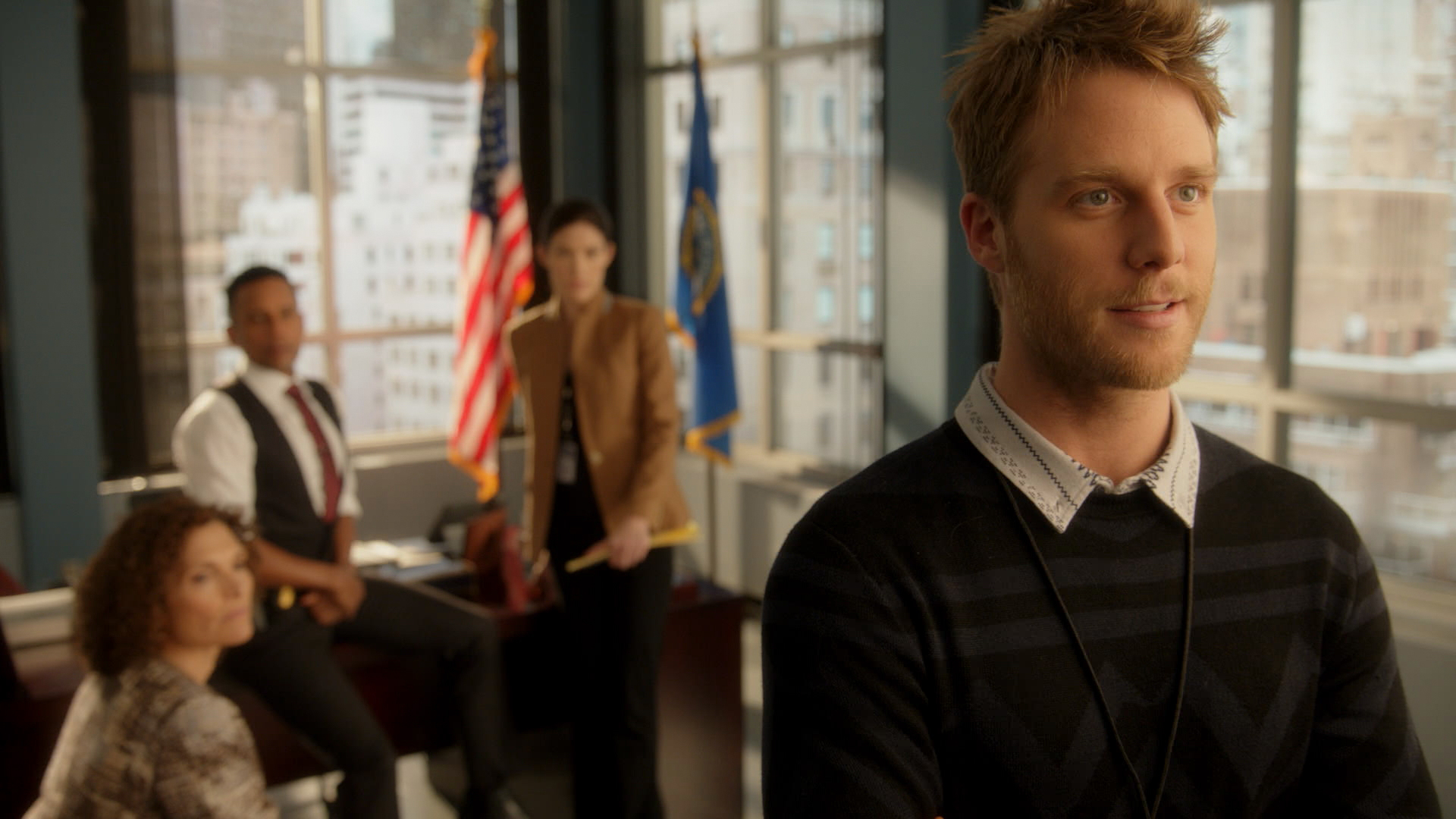 In the Limitless season finale episode entitled "Finale: Part Two!!," Brian (Jake McDorman) and the FBI race to stop an NZT-enabled Sands (Colin Salmon) and his associates from orchestrating an international incident, following a stunning betrayal to their team. 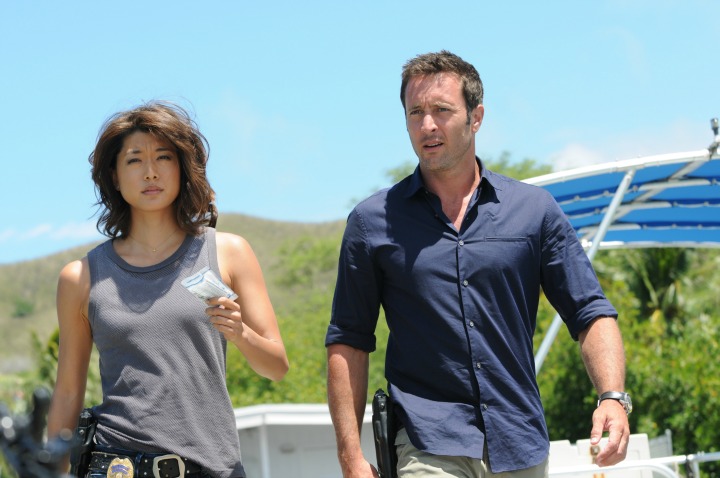 In a special two-hour event, Hawaii Five-0 wraps up Season 6 with two episodes entitled "Pa'a ka 'ipuka i ka 'upena nananana" and "O ke ali'l wale no ka'u makemake," respectively. During the first episode, Five-0 must protect a wounded Gabriel (Christopher Sean) and plan their escape from a dilapidated building in Oahu's Chinatown that enemy gunmen have taken by storm.

The action continues in the second episode when McGarrett (Alex O'Loughlin) and Danny (Scott Caan) go undercover as drug pilots in order to stop a meth epidemic on the Island. But, when McGarrett is seriously wounded, Danny is forced to break their cover and land the plane to save his partner's life. 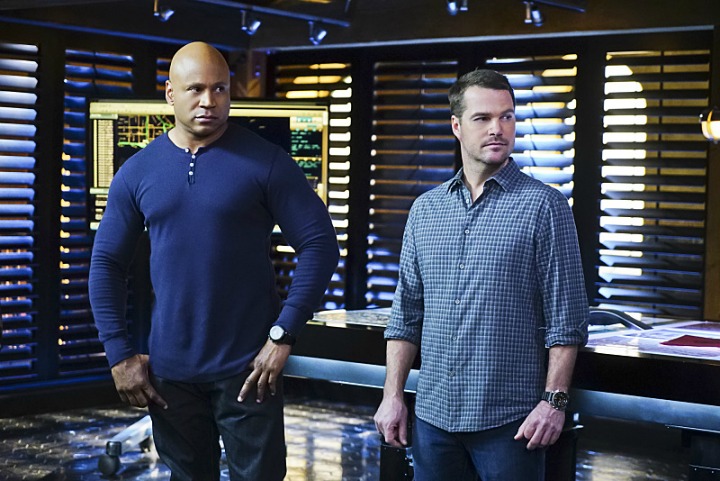 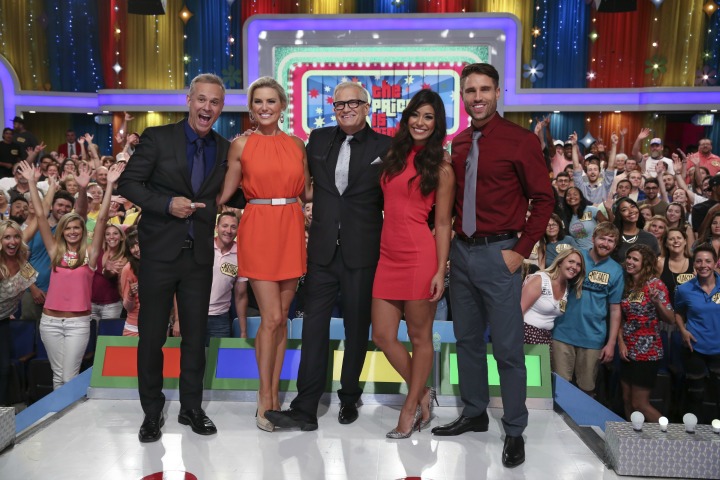 The Price Is Right goes primetime with three exciting specials, each airing May 23, May 24, and May 25.

The Price Is Right goes primetime with three amazing specials, including: Mark your calendars, because you won't want to miss these! 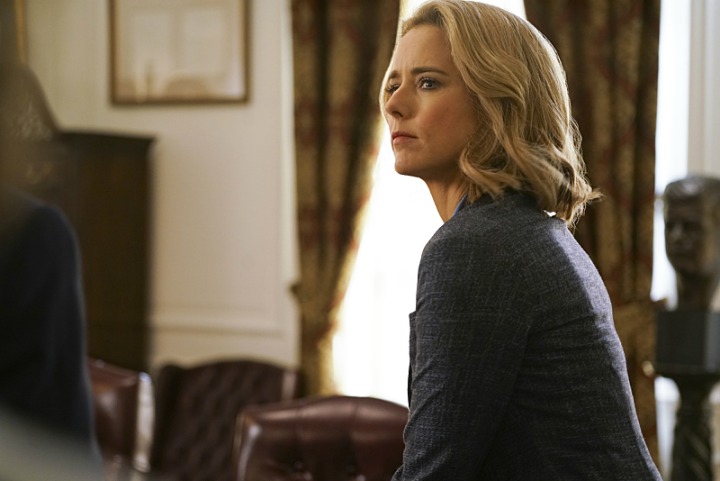 Madam Secretary Season 2 finale airs on Sunday, May 8 at 8/7c.

In the Madam Secretary Season 2 finale episode entitled "Vartius," Elizabeth (Téa Leoni) navigates a tricky political situation with President Dalton when she not only receives shocking news about an important political operative, but also learns that the President may be considering replacing her as Secretary of State. Also, Stevie (Wallis Currie-Wood) and Jareth (Christopher O'Shea) get engaged. 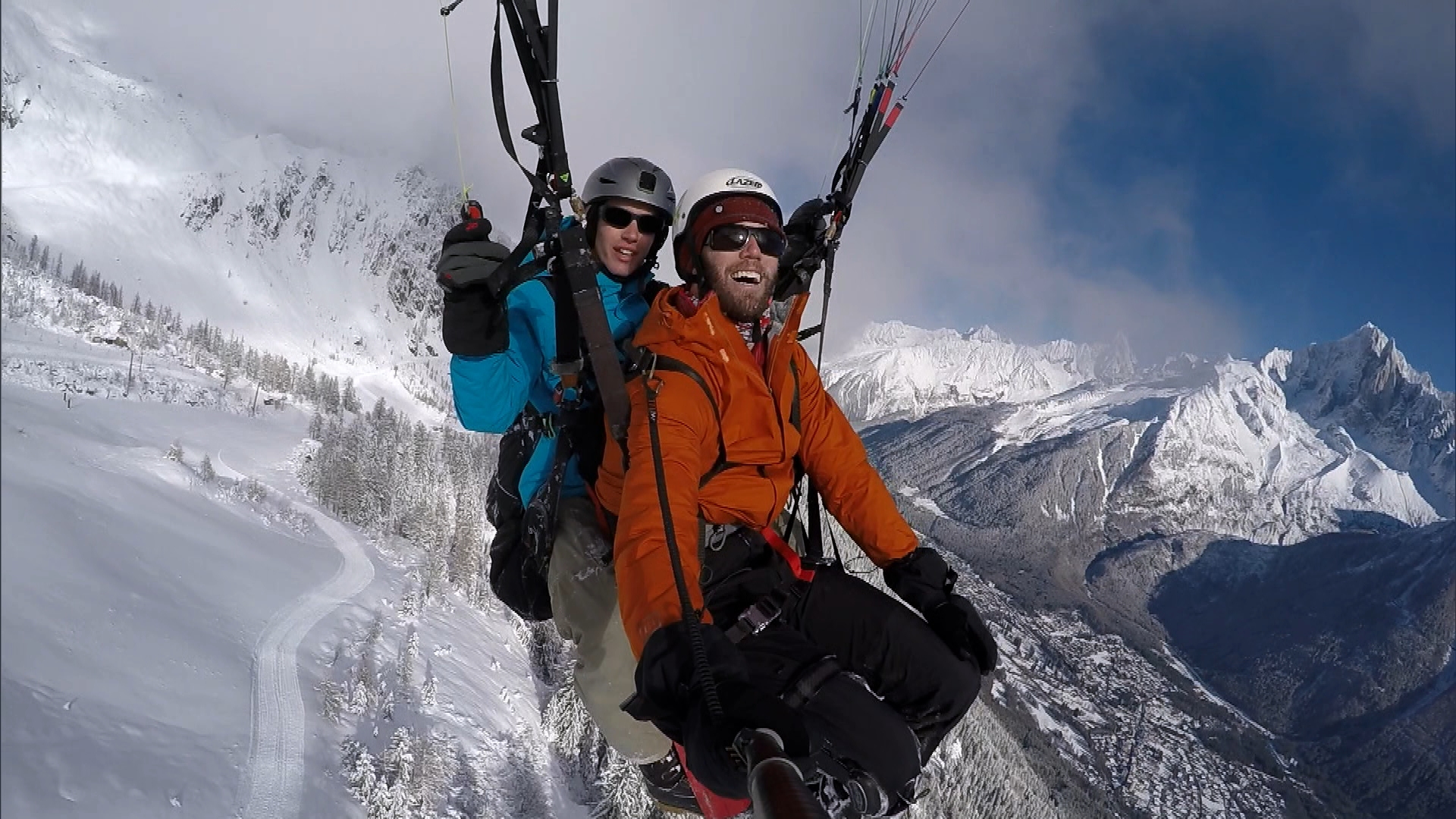 In the Season 28 finale episode of The Amazing Race, the final three teams will travel from Shenzen, China, to Santa Barbara, California, for the 1 million dollar prize. During the final leg of the Race, they'll face a gut-wrenching leap of faith, jump off a building that's over 150-feet high, and perform the harrowing task of synchronized mountaineering. Phil Keoghan will host the heart-pounding event. 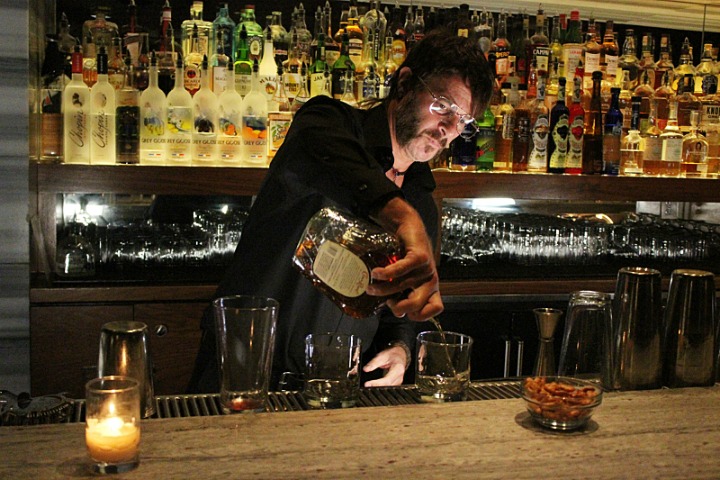 Undercover Boss returns on Sunday, May 15 at 9/8c. 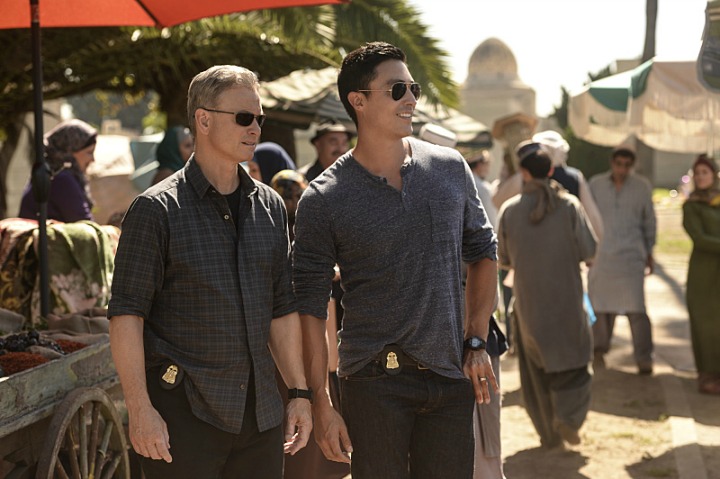 In a two-hour special event, Criminal Minds: Beyond Borders will wrap up its first season with two episodes entitled "El Toro Bravo" and "Paper Orphans." During the first episode, the IRT heads to Pamplona, Spain, for the running of the bulls, where the ears of a missing American tourist are found.

Then, in the second episode, the International Response Team travels to Haiti to find the daughter of an American family who is visiting the country to adopt another child. Also, Jack (Gary Sinise) and his wife Karen (guest star Sherry Stringfield) prepare to send their daughter to college. 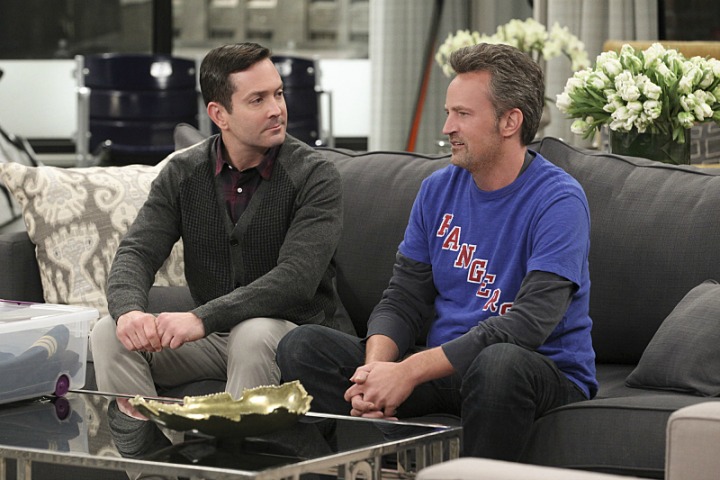 The Season 2 one-hour finale of The Odd Couple kicks off on Monday, May 23 at 9/8c with the episode entitled "All The Residents' Men." Here, Oscar (Matthew Perry) and Felix (Thomas Lennon) run a heated campaign for President of their apartment building's Tenants Association, but Felix doesn't realize all the responsibilities that go along with the title.

Then, in the episode entitled "The Ex-Factor," which airs at 9:30/8:30c, Murph (Geoff Stults) convinces Oscar to give online dating a shot. However, the sportswriter finds himself in an odd predicament when he ends up on a blind date with Felix's ex-wife, Ashley (played by Christine Woods). Teri Hatcher also guest stars.

Watch The Odd Couple on CBS.