​How And When To Watch ACM Presents: Our Country On CBS And CBS All Access

The all-new special features intimate at-home performances from country music superstars on Sunday, Apr. 5 at 8/7c.
Country Music's Party of the Year® might be postponed until Wednesday, Sept. 16, but the artists didn't want fans to go without all the performances and emotional moments that typically make up the Academy of Country Music Awards™.

Instead of the ceremony proper, on Sunday, Apr. 5 at 8/7c on CBS and CBS All Access, the biggest stars in country music will be practicing social distancing and staying home, but also invite fans to join them for ACM Presents: Our Country, a new kind of entertainment special.

Stars will appear from their homes via video chat to share heartfelt thoughts and perform acoustic versions of country hits.

Additionally, video clips from previous ACM Award® broadcasts will allow viewers to reminisce with them about their favorite ACM moments. It will be a night filled with entertainment, hope, and reflection, bringing the healing power of music to Americans at a time when they need it most.

Who will be performing at ACM Presents: Our Country?
Fans can expect to see their favorite stars turn out intimate renditions of their biggest hits, like:

To make an emotional night even more touching, Luke Bryan, Brad Paisley, and Darius Rucker will honor the late, great 10-time ACM Award-winner Kenny Rogers with a loving tribute: Bryan will perform "Coward Of The County," while Paisley and Rucker team up for "Lucille" and "The Gambler." 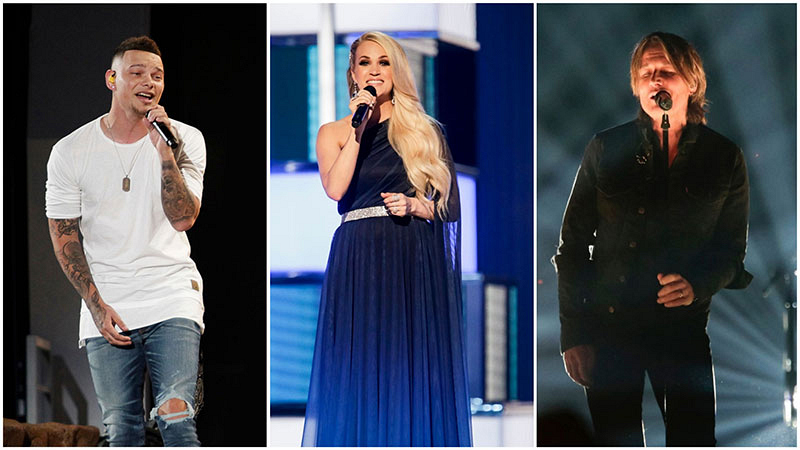 What is the ACM Lifting Lives® COVID-19 Response Fund?
ACM Lifting Lives, which is the philanthropic arm of the Academy of Country Music, created a special fund to assist individuals working in the country-music industry who are suffering a financial crisis due to the COVID-19 pandemic.

Bobby Bones, winner of an ACM Radio Award for National On-Air Personality of the Year and longtime supporter of ACM Lifting Lives, will appear during ACM Presents: Out Country to explain more.

In the meantime, those in need can apply for funds now at ACMLiftingLives.org.

What else can I stream on CBS All Access?
Not only will CBS All Access let you stream ACM Presents: Our Country live or on-demand but you also get access to a slew of CBS All Access original series like The Good Fight, No Activity, Tell Me A Story, The Twilight Zone, Why Women Kill, Interrogation, and the forthcoming The Stand, with additional series soon to be announced.

Of course, CBS All Access gives you thousands of episodes from CBS shows on-demand. That includes full episodes from your favorites like NCIS, SEAL Team, FBI, Blue Bloods, and more, not to mention other fantastic specials like The GRAMMY® Awards and The TONY Awards.

Don't miss ACM Presents: Our Country on Sunday, Apr. 5 at 8/7c on CBS and CBS All Access.