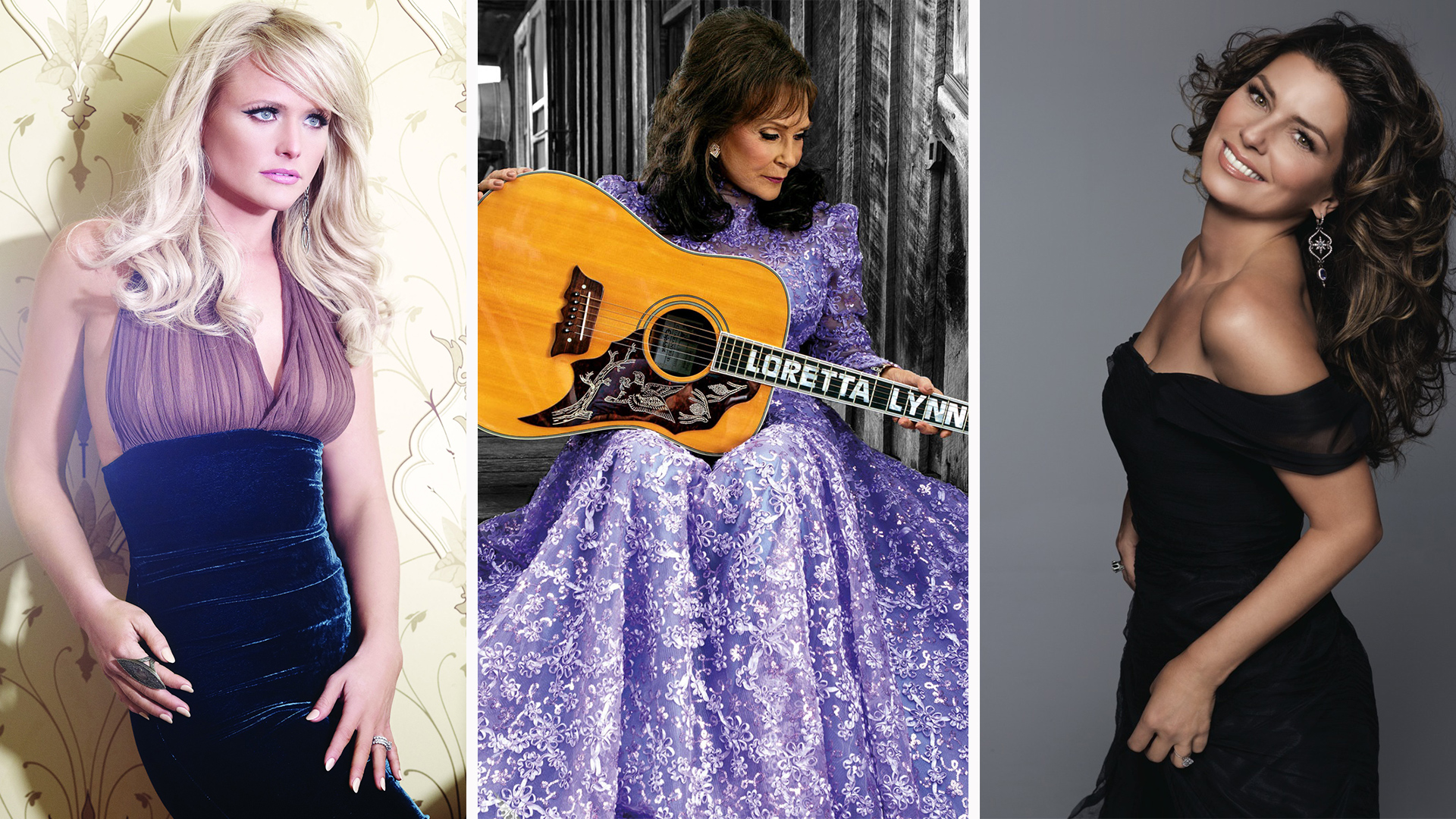 Get ready to boost your playlist!

The world of country music is pretty exciting right now. A crop of new artists have joined the ranks of country's biggest luminaries, electrified the airwaves with an exciting new energy and sound. But, no matter how successful these artists are becoming, they'll never replace those who came before them.

In fact, many of these new crooners have musical roots that harken back the great traditionalist and outlaw country stars like Merle Haggard, Loretta Lynn, and George Strait. If you're looking to expand your music library but are unsure where to begin, we've got you covered.

Kick up your boots and prepare your playlists—when you're done with this guide that matches newer talent to the classics, you'll surely have a new favorite!

Watch the Academy of Country Music Awards on Sunday, April 3 at 8/7c on CBS. 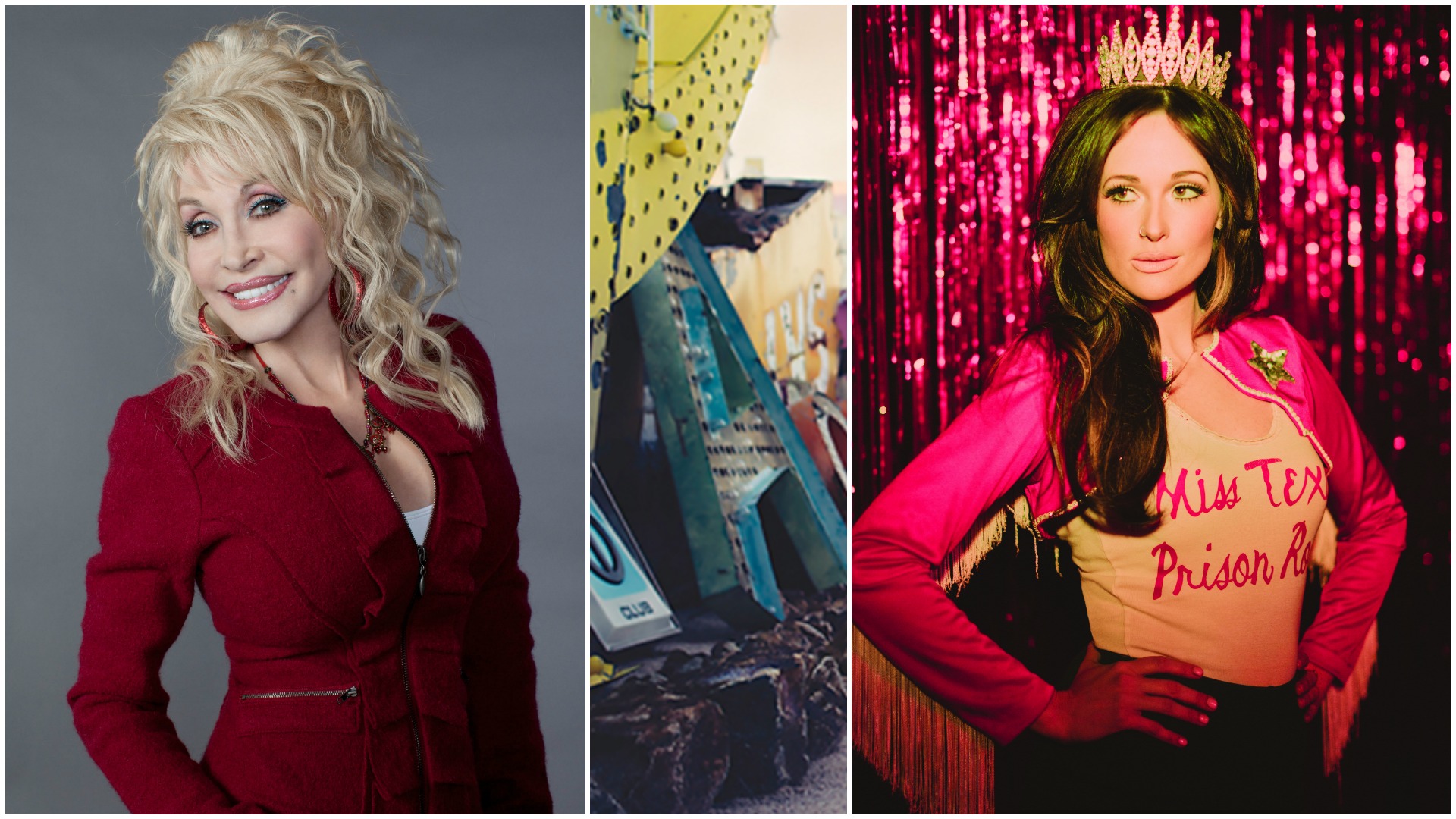 If you like Dolly Parton, you'll love Kacey Musgraves.

What they have in common:
People who listen to Dolly Parton, the female embodiment of Nashville twang, should also give Miss Musgraves a chance. Not only are they similar from a music perspective—lots of Americana melodies and introspective lyrics with amazing wordplay—but they are also hugely strong role models for other women in the genre. Hell, in 20 years, fans might be able to visit a place named Kaceywood.

Kacey Musgraves is nominated for Female Vocalist Of The Year and Video Of The Year. 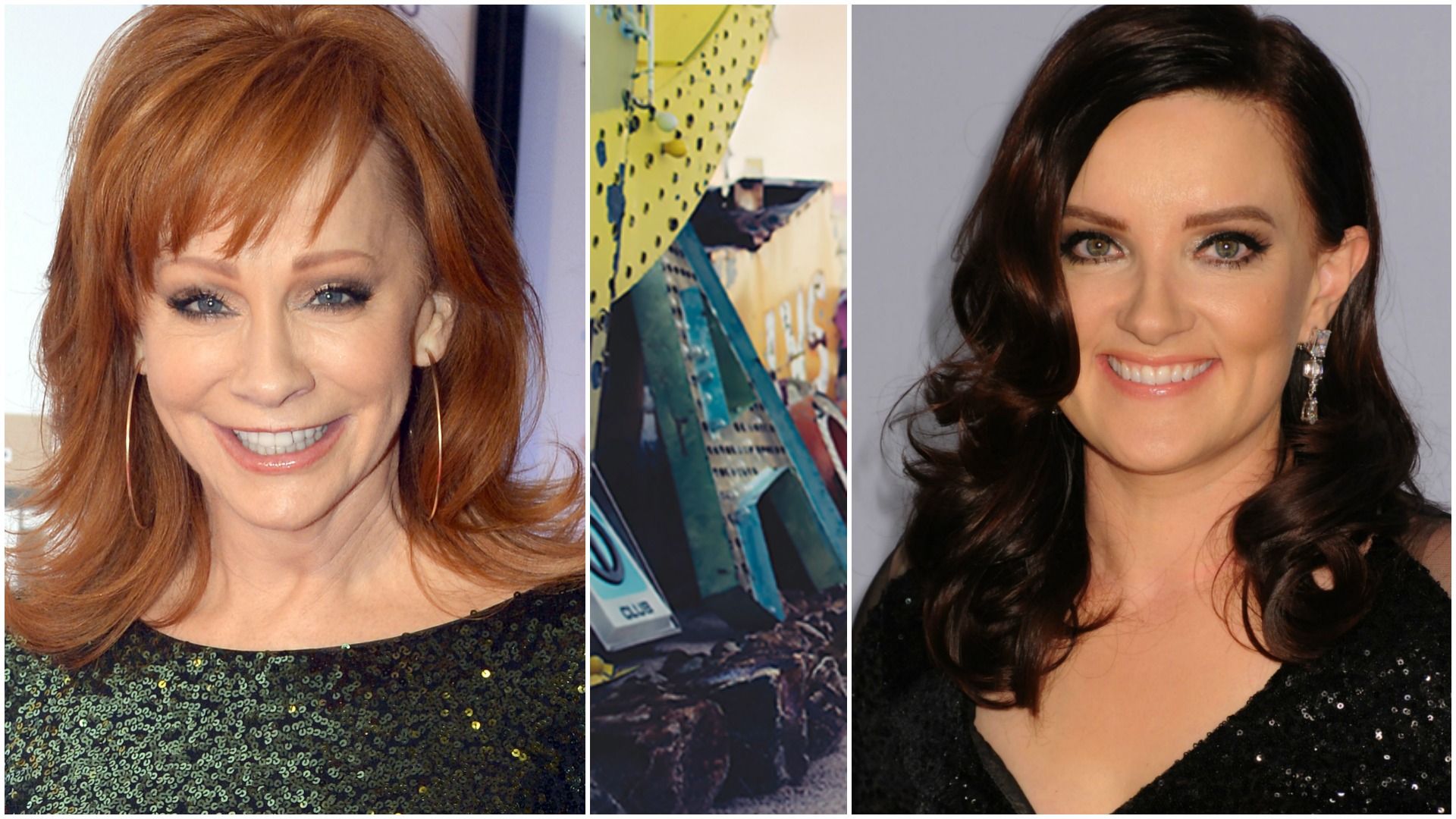 If you like Reba McEntire, you'll love Brandy Clark.

What they have in common:
Reba McEntire is one of the best-selling artists of all time, and with mega-hits like “Fancy” and “The Night The Lights Went Out In Georgia,” it’s easy to see why. The multitalented singer took creative control of her music early in her career, steering towards a traditional country sound and rejecting a pop influence. That reverence for traditional country is why we think you’ll like dark horse Brandy Clark.

This rising star is a first-class songwriter who's co-written gritty top singles like "Mama's Broken Heart," recorded by Miranda Lambert, and "Better Dig Two," made popular by The Band Perry. Clark's lyrical talents are further exemplified in her own work. In her song, "Stripes," Clark introduces the listener to a fierce and feisty character who reminds us a whole lot of the protagonist in Reba’s “Fancy.” 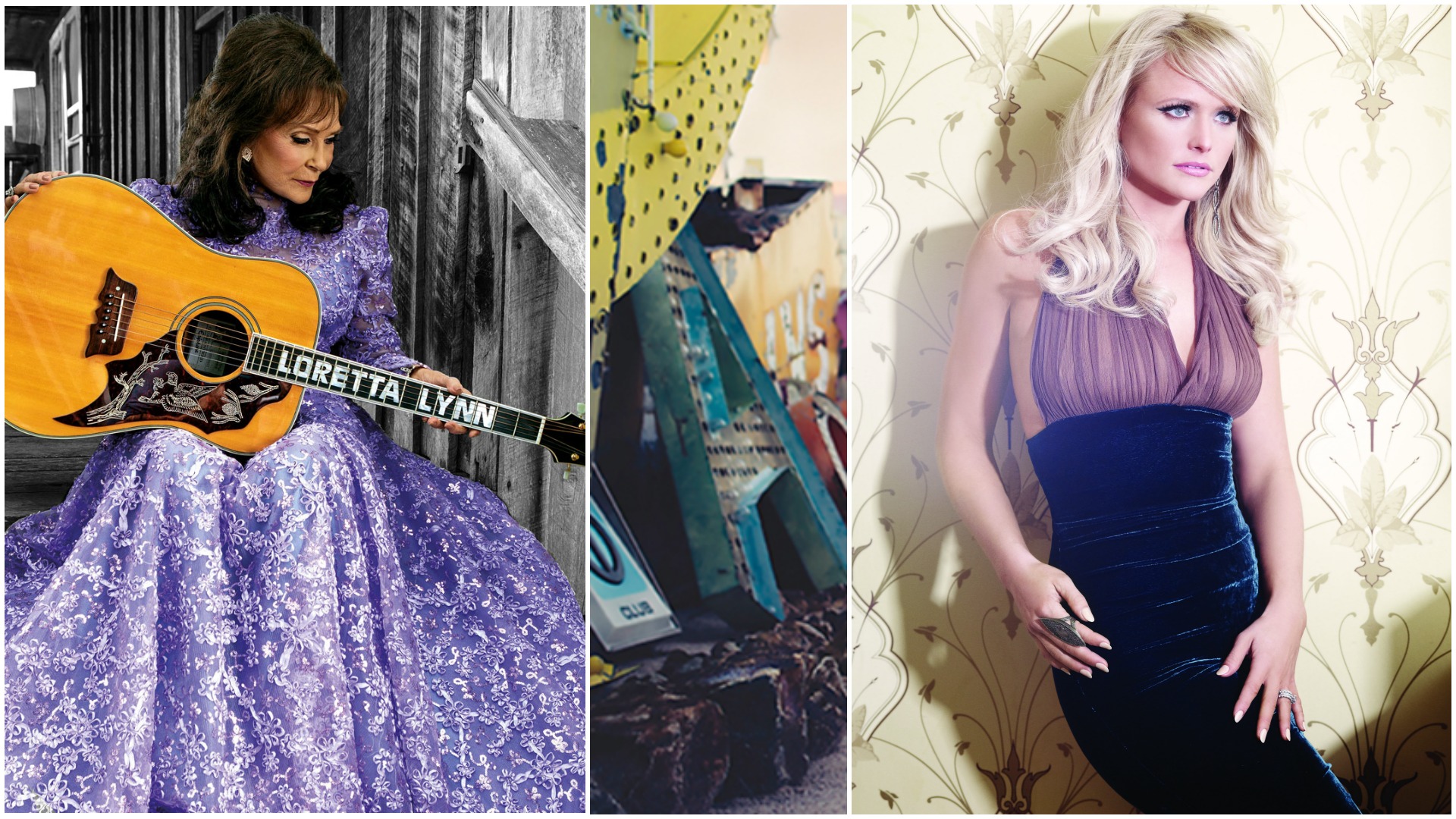 If you like Loretta Lynn, then you'll love Miranda Lambert.

What they have in common:
Loretta Lynn is known for her emotional, fearless songs about everyday real country life. The chanteuse sung about birth control in her song, "The Pill," spun a heartbreaking story about growing up impoverished in "Coal Miner's Daughter," and reflected on the ugly side of divorce in "Rated X."

Miranda Lambert—who is nominated for Female Vocalist Of The Year, Vocal Event Of The Year and  Entertainer Of The Year—has charted a musical career similar to Lynn’s, singing songs like "The House That Built Me" and "Automatic," both of which are chock-full of gut-wrenching sentiment. 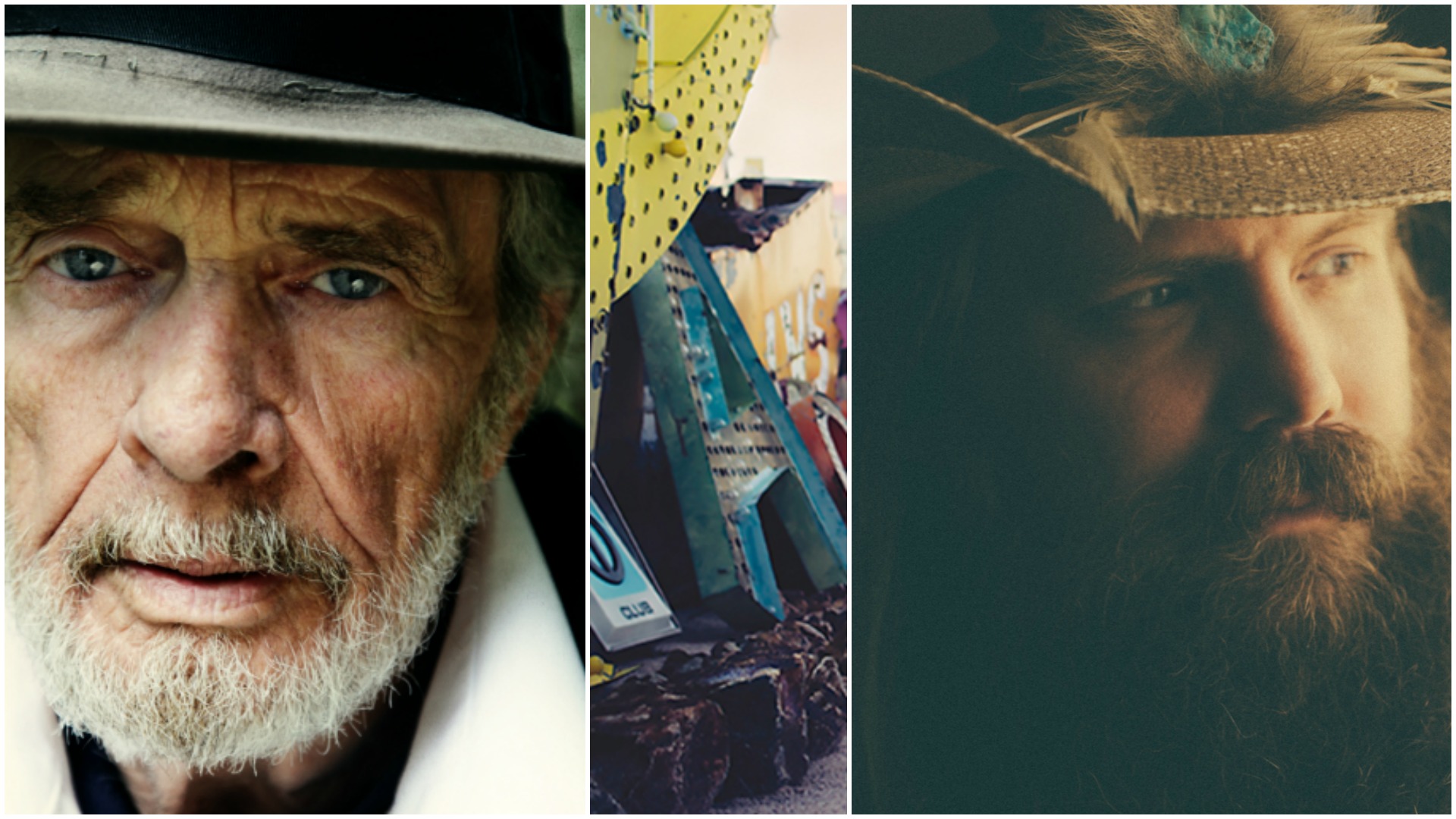 If you like Merle Haggard, then you'll love Chris Stapleton.

What they have in common:
Merle’s the king of story songs, pairing his voice to narratives in classics like “Mama Tried” and “The Legend of Bonnie and Clyde.” With their strong rhythms and snappy rhymes, Merle's songs are typically easy to sing along with, a quality up-and-comer Chris Stapleton seems to emulate. 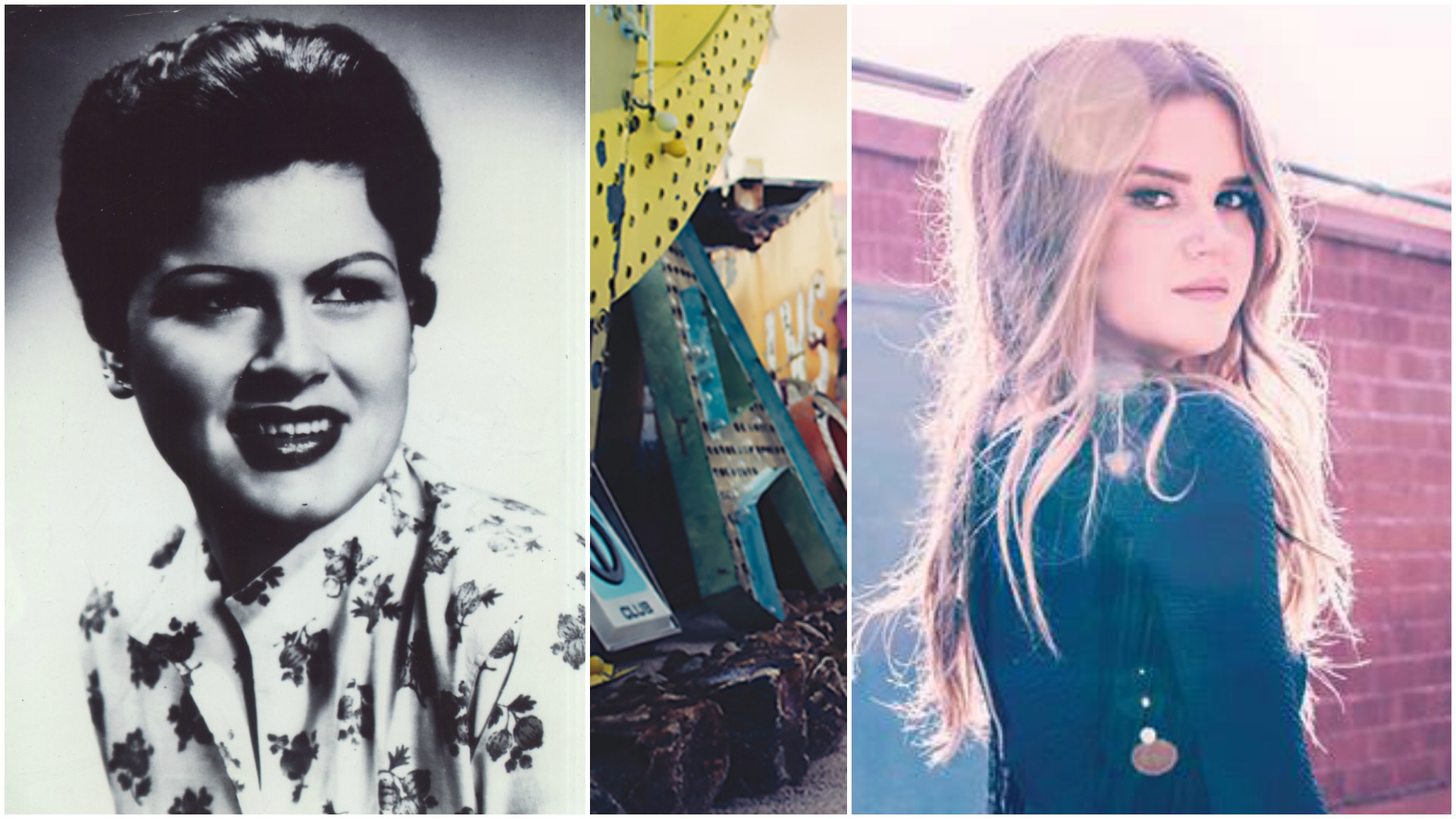 If you like Patsy Cline, you'll love Maren Morris.

What they have in common:
More than 50 years after her untimely death, Patsy Cline is still a cultural icon, remembered for her richly expressive voice and for becoming the first female solo artist inducted into the Country Music Hall of Fame. Throughout her career, Patsy paved the way for women in music, making it possible for a small town girl, like Maren Morris, to catapult to the top of the charts today.

Morris, a 25-year-old singer from Arlington, TX, is scorching a trail of her own with her twist on traditional country music themes like faith and religion with songs like her hit single "My Church." With a voice that sounds mature beyond her years, Morris reminds us a lot of a young Patsy. 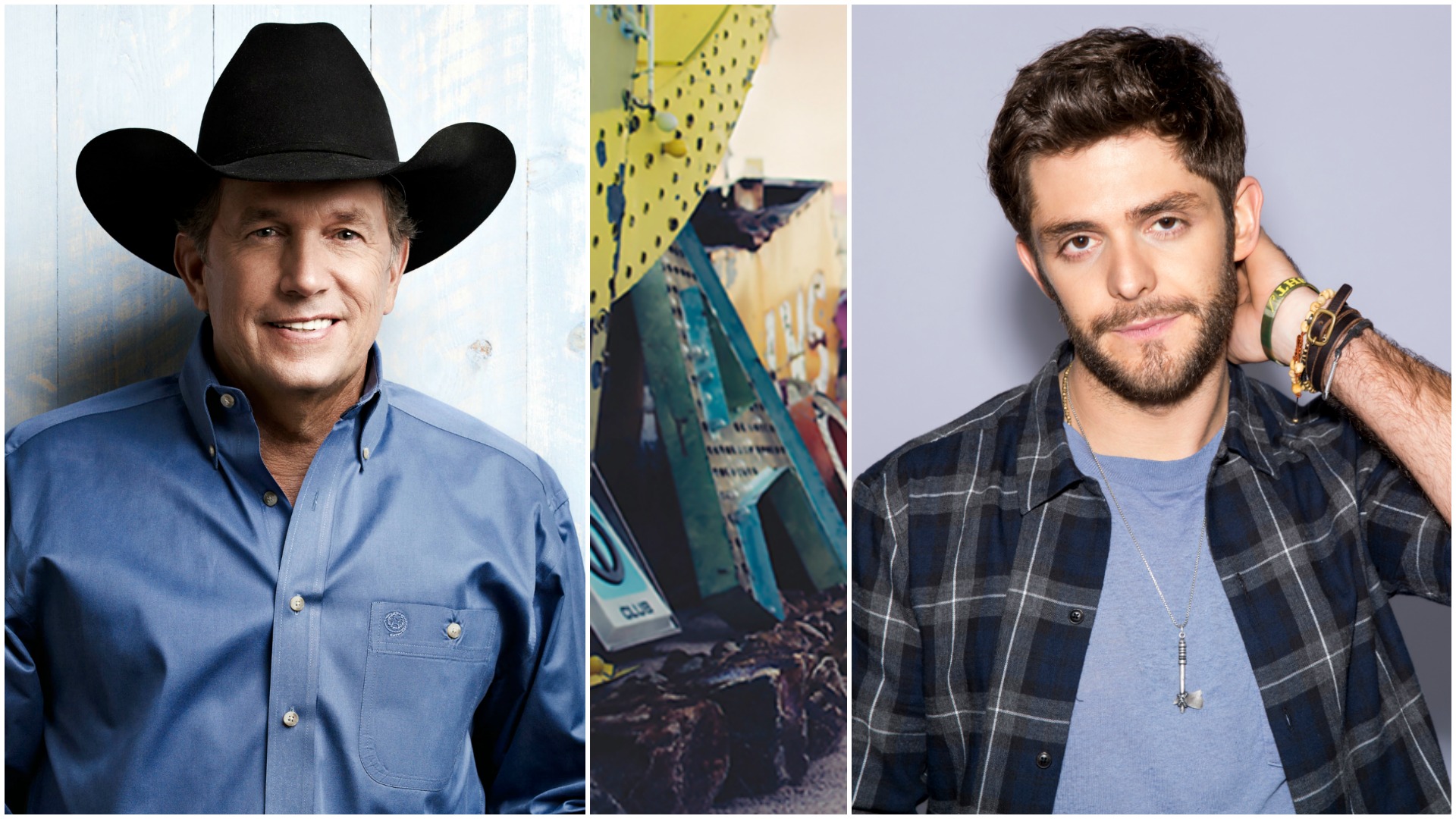 If you like George Strait, you'll love Thomas Rhett.

What they have in common:
In 2012, country fans were saddened to learn that King George had plans of hanging up his touring boots. While no one could ever replace the beloved artist, we're happy to announce that there's a new guy in town with some serious vocal chops.

Meet Thomas Rhett. The New Male Vocalist Of The Year nominee burst onto the country music scene with his soon-to-be classics "Crash And Burn" and "Die A Happy Man." Like Strait, Rhett has a confident voice and smooth singing style that both inspires and soothes. 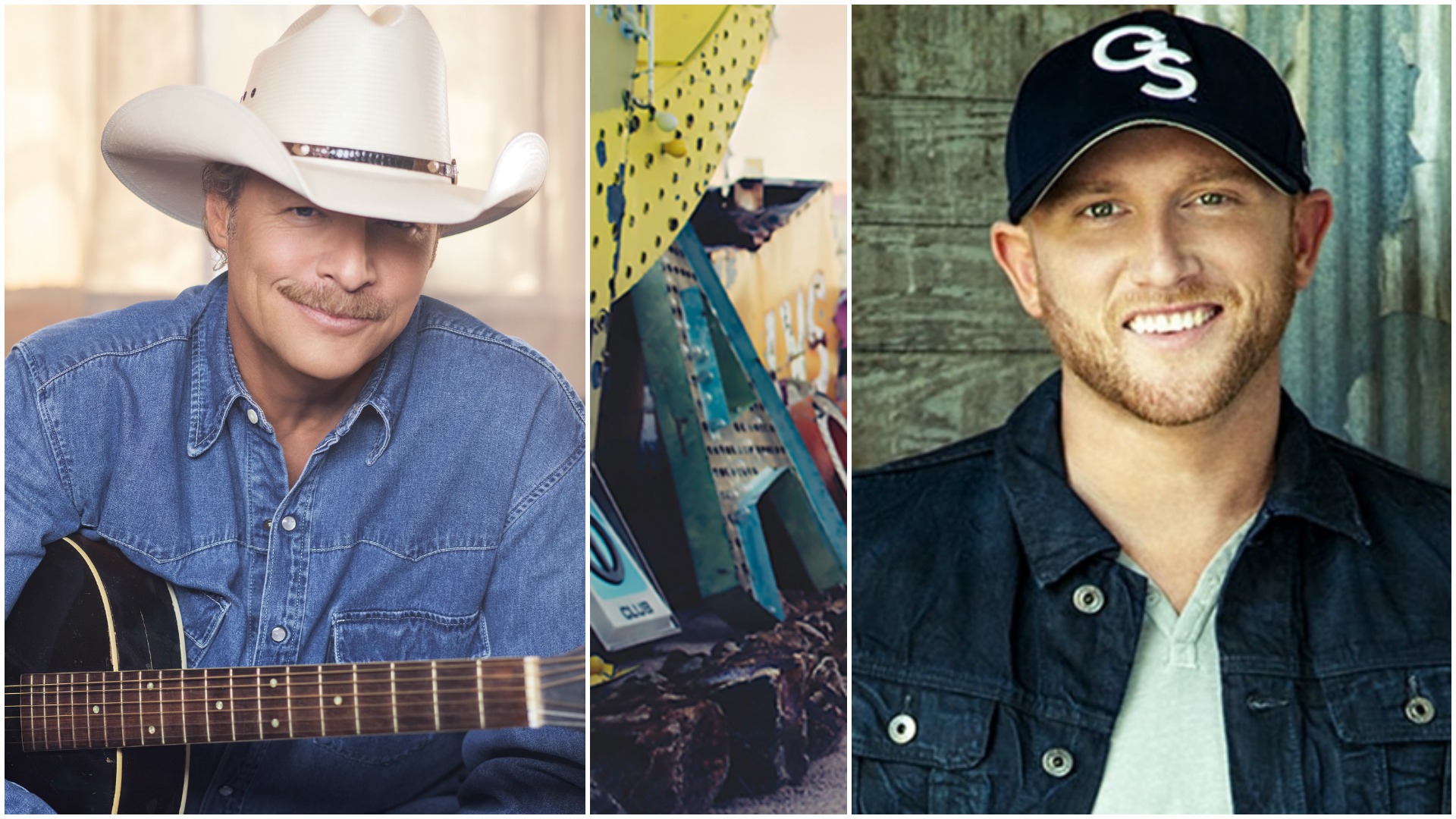 If you like Alan Jackson, you'll love Cole Swindell.

What they have in common:
Alan Jackson is widely revered for his "back home" storytelling that touches on living the good life, falling in love, and coping with a broken heart. As it turns out, Cole Swindell has a similar songwriting style.

The newcomer's hit, "You Should Be Here," is centered around the grief Swindell feels after losing his father, reminding us a lot of Jackson's "Drive (For Daddy Gene). Both songs reflect on childhood memories and the fragility of life. 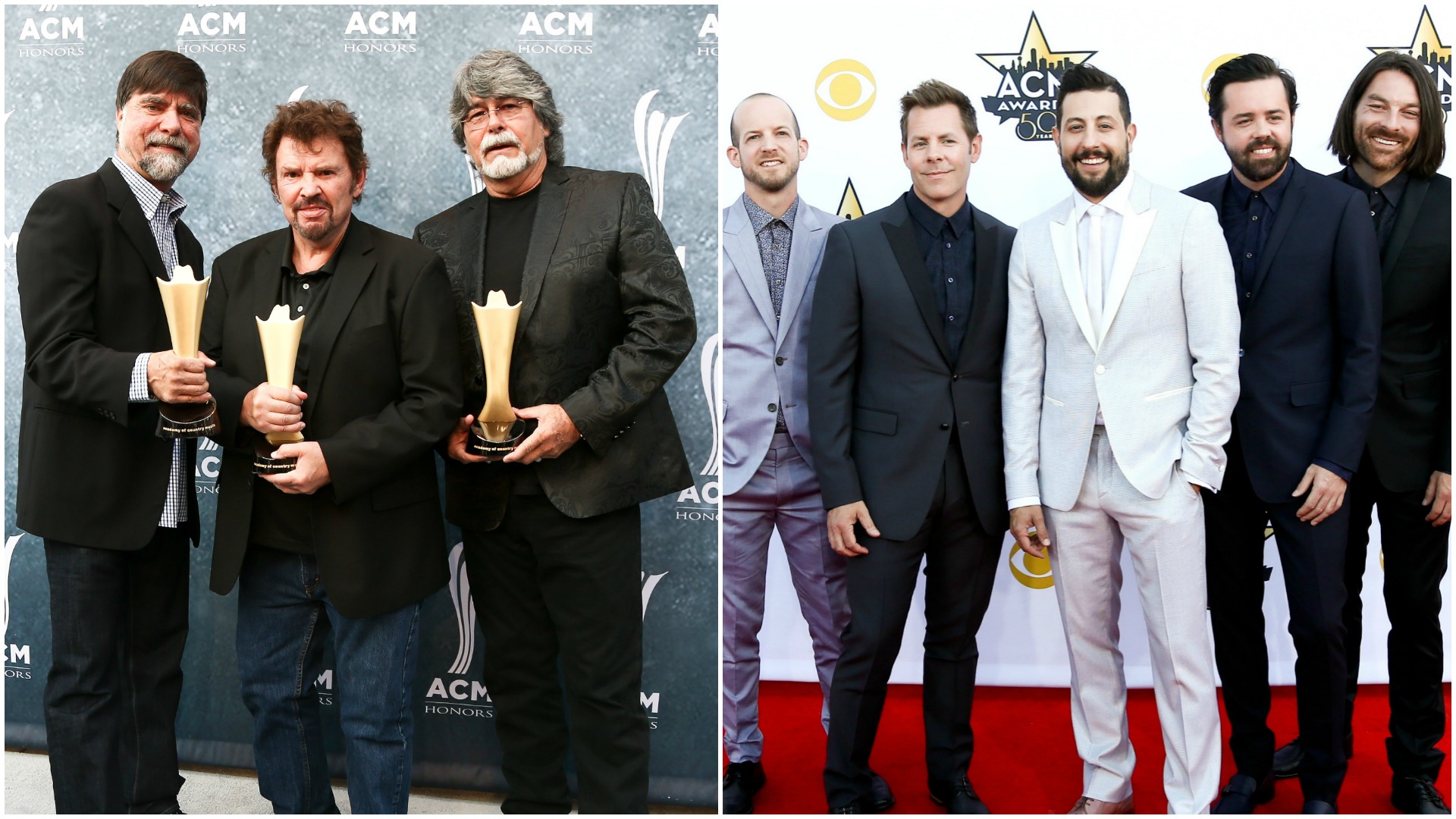 What they have in common:
If you've ever been to a karaoke bar, you've probably sung along to "Sweet Home Alabama" with a room filled with people. One of the best-selling bands of all time, Alabama’s popularity stems from their catchy songs and fusion of Southern rock, traditional country, pop, and bluegrass.

Be sure to catch Old Dominion's exclusive interview and performance as the installation of the 2016 ACM Sessions. 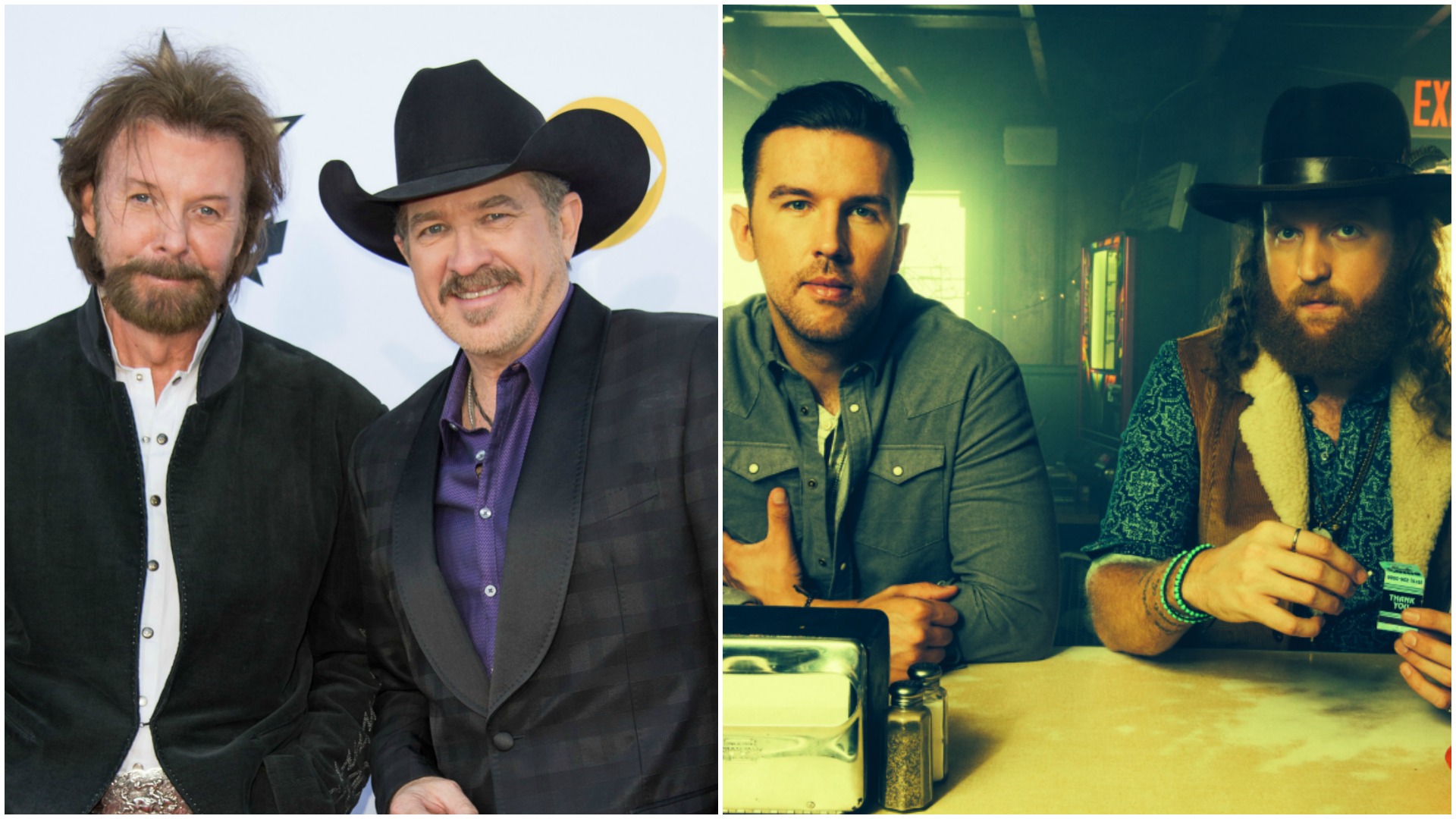 If you like Brooks & Dunn, you'll love Brothers Osborne.

What they have in common:
Brooks & Dunn dominated the country music charts in the '90s and 2000s with their 21 No. 1 hit songs. Like the dynamite duo, the Brothers Osborne, who are nominated for New Vocal Duo Or Group Of The Year and Vocal Duo Of The Year sing sensuous love songs. The coupling of T.J. Osbourne's baritone and John's masterful guitar work makes for a truly magical listening experience. 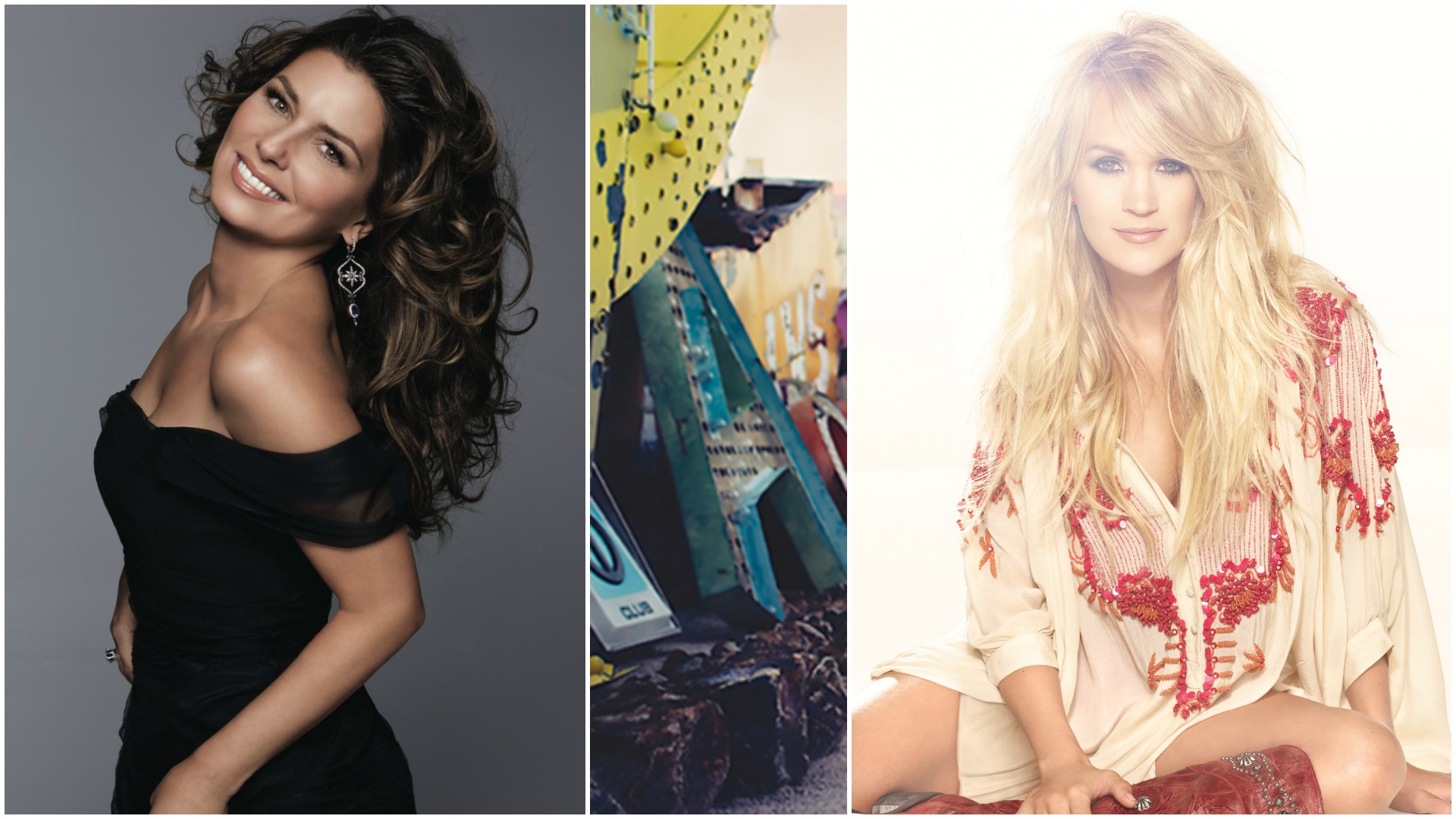 If you like Shania Twain, you'll love Carrie Underwood

What they have in common:
Shania Twain’s blend of powerful vocals, and fun, twangy country helped earn her the nickname “The Queen of Pop Country.”

Like Shania, Carrie Underwood is known for her killer pipes and poppy beats. The Female Vocalist Of The Year nominee has a slew of hits under her belt, including "Before He Cheats" and "Cowboy Casanova," which remind us of Twain’s “Whose Bed Have Your Boots Been Under?” 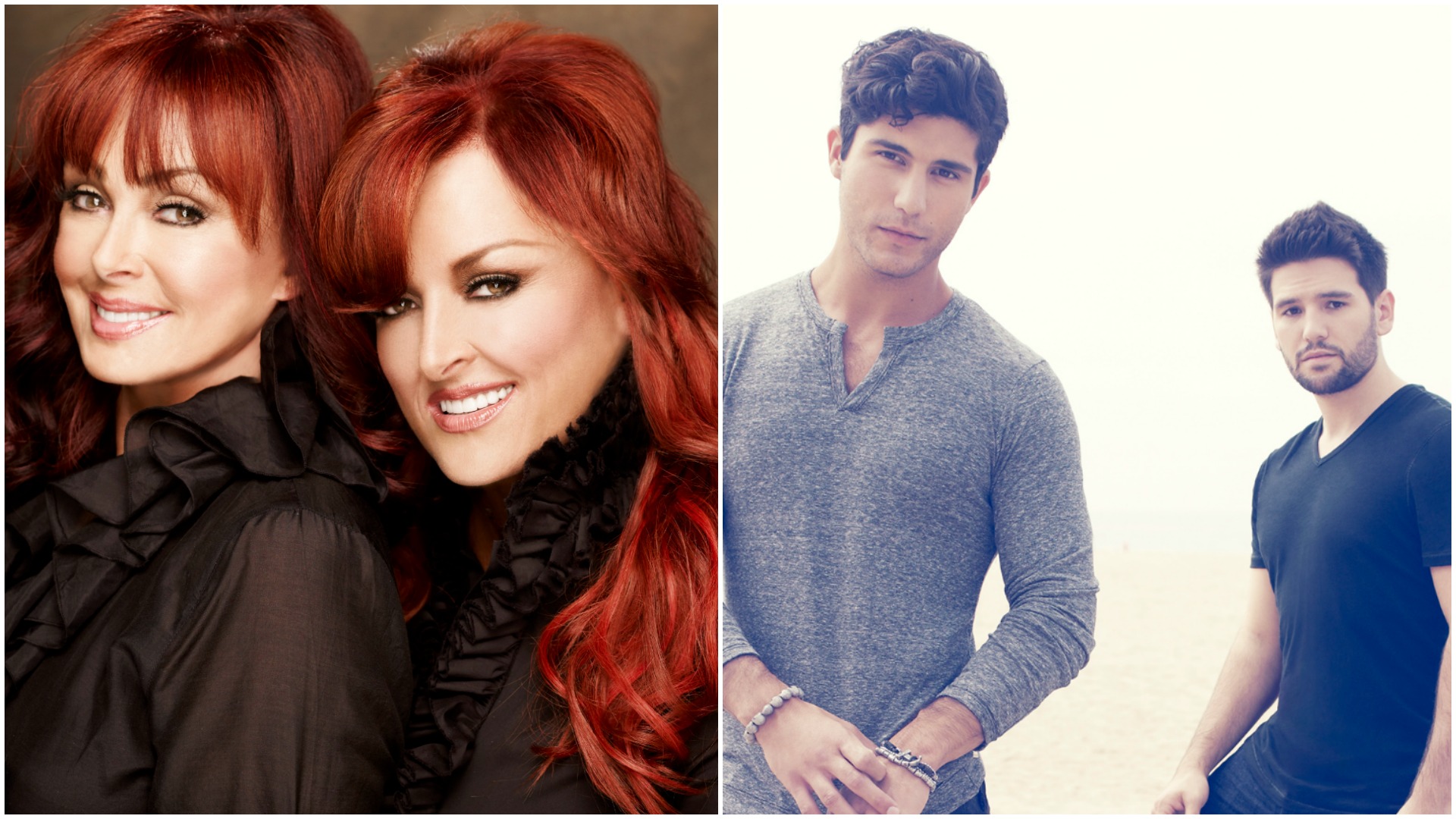 If you like The Judds, you'll love Dan + Shay.

What they have in common:
Popular mother-and-daughter duo The Judds, have warmed the hearts and souls of countless fans throughout the years with their silky harmonies and family values. But, they're not the only pair to invigorate country music lovers.

If you haven't listened to Dan + Shay, you're in for a treat. The Vocal Duo Of The Year nominees make fans swoon with their mellow, sweet voices and great melodies.

To catch more of your old—and new!—country favorites, watch the 51st Annual Academy of Country Music Awards when it's broadcast live from the MGM Grand Garden Arena in Las Vegas on Sunday, April 3 at 8/7c. Plus, the event will be streamed on CBS.com and CBS All Access.