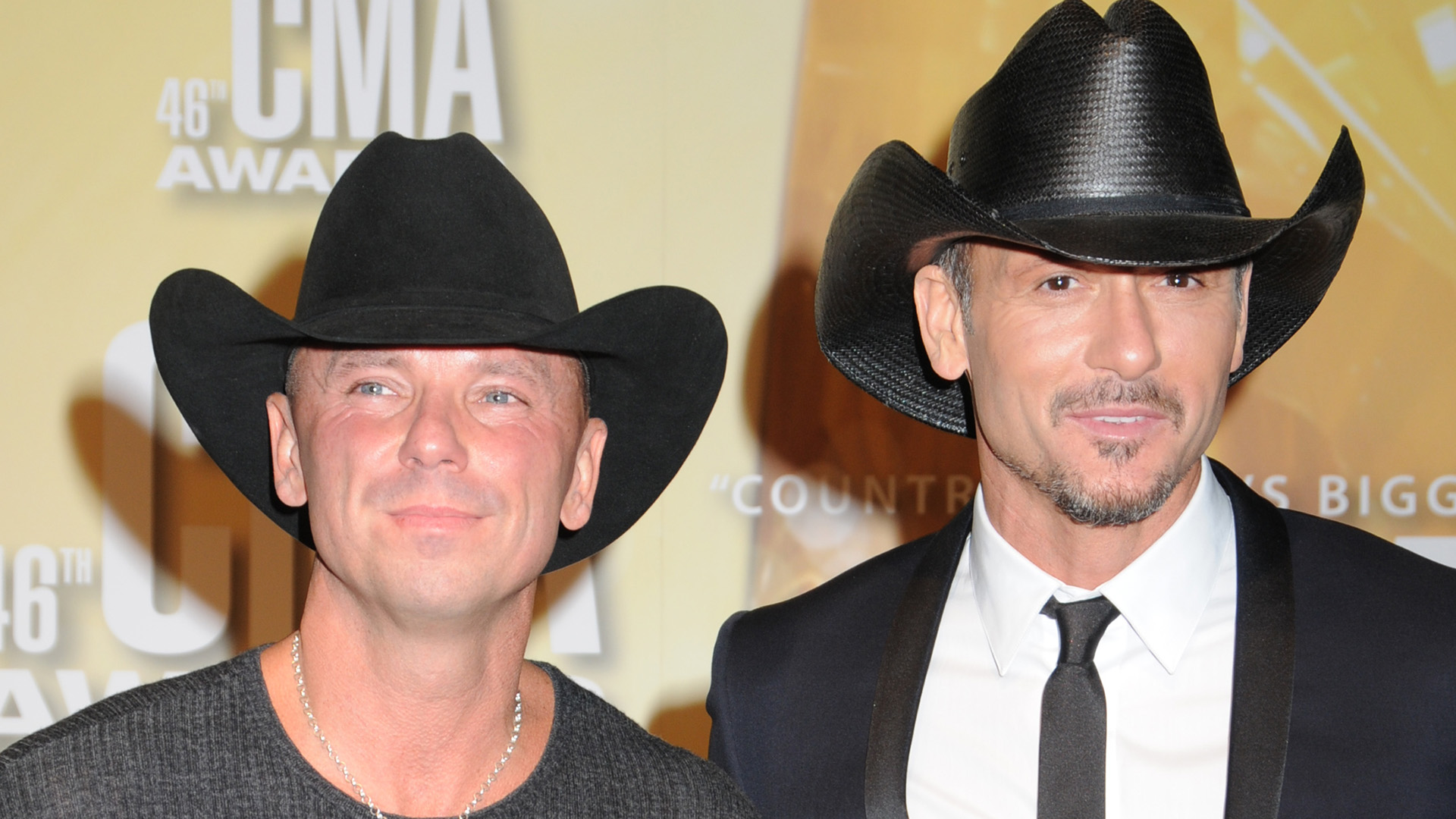 These two country stars have been bromancing each other for nearly 25 years, sharing strong bonds over family, touring, and even more of life's greatest adventures. Later, Kenny Chesney and Tim McGraw came together on the duet "Feel Like A Rock Star," and even shared the stage while touring together, which drove fans wild.
Plus, these pals care so much about each other that when Kenny wanted to build a new wall around his pool, Tim paid for it. Now that's friendship.

Check out even more of country's music's greatest bromances. Plus, don't forget to check out even more male bonding at the 51st Annual Academy of Country Music Awards, which broadcasts live from Las Vegas' MGM Grand Garden Arena on Sunday, April 3 at 8/7c. 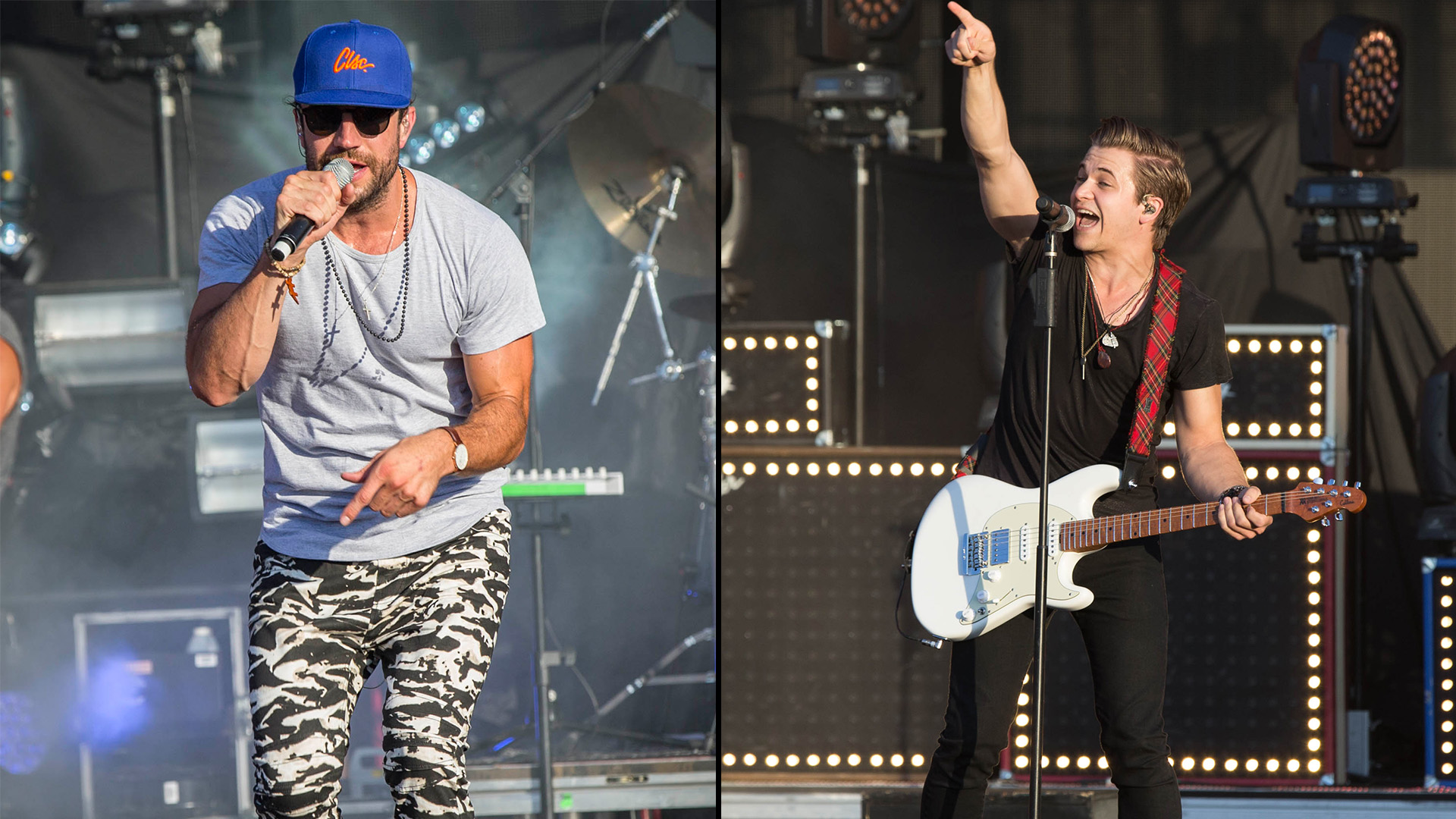 Hunter Hayes and Sam Hunt were quick to bond when both country upstarts opened for Lady Antebellum on the band's 2015 Wheels Up Tour—and now fans can't take their eyes off of either of 'em, making this powerhouse pair "All We'd Ever Need." 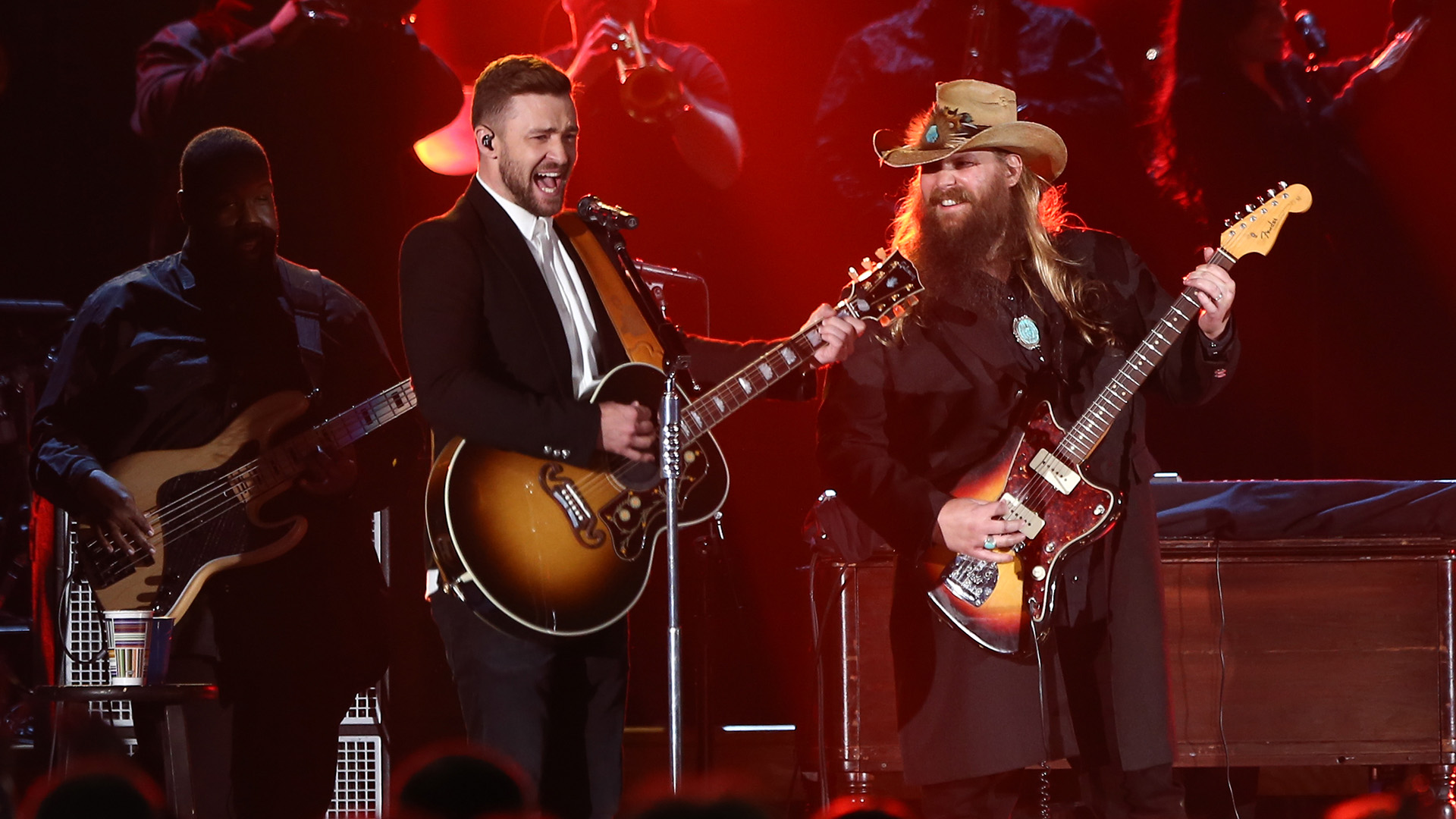 Ever since Chris Stapleton and Justin Timberlake met through a mutual friend a few years back, they've been itching for an opportunity to collaborate.

The opportunity came in 2015, when the then-rising country singer/songwriter and Memphis-born pop superstar took to the stage together and performed the George Jones classic "Tennessee Whiskey" along with Timberlake's own single "Drink You Away."

We've only got two words for this unlikely bromance: more, please! 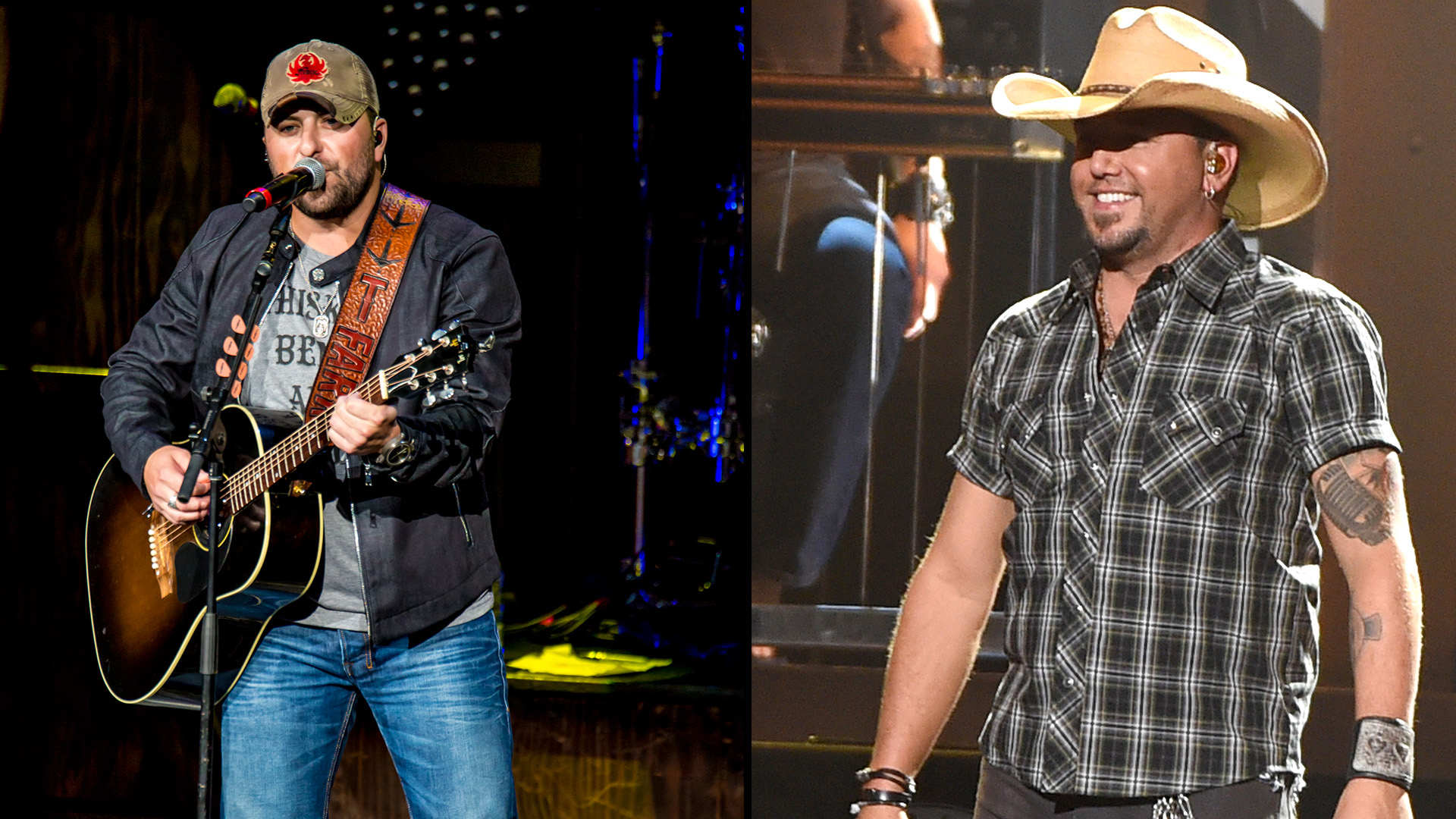 Tyler Farr and Jason Aldean shined the spotlight on their friendship when they collaborated on the hit "Damn Good Friends," which is pretty cool because Jason has admitted to not having too many close friends.

Lucky for both country gents, the two singers truly bonded when they went on the Burn It Up Tour together. In fact, the guys got so tight, Jason asked Tyler to walk his young daughter down the aisle at Aldean's wedding. Now, those are some strong framily values.
Photo: Corbis 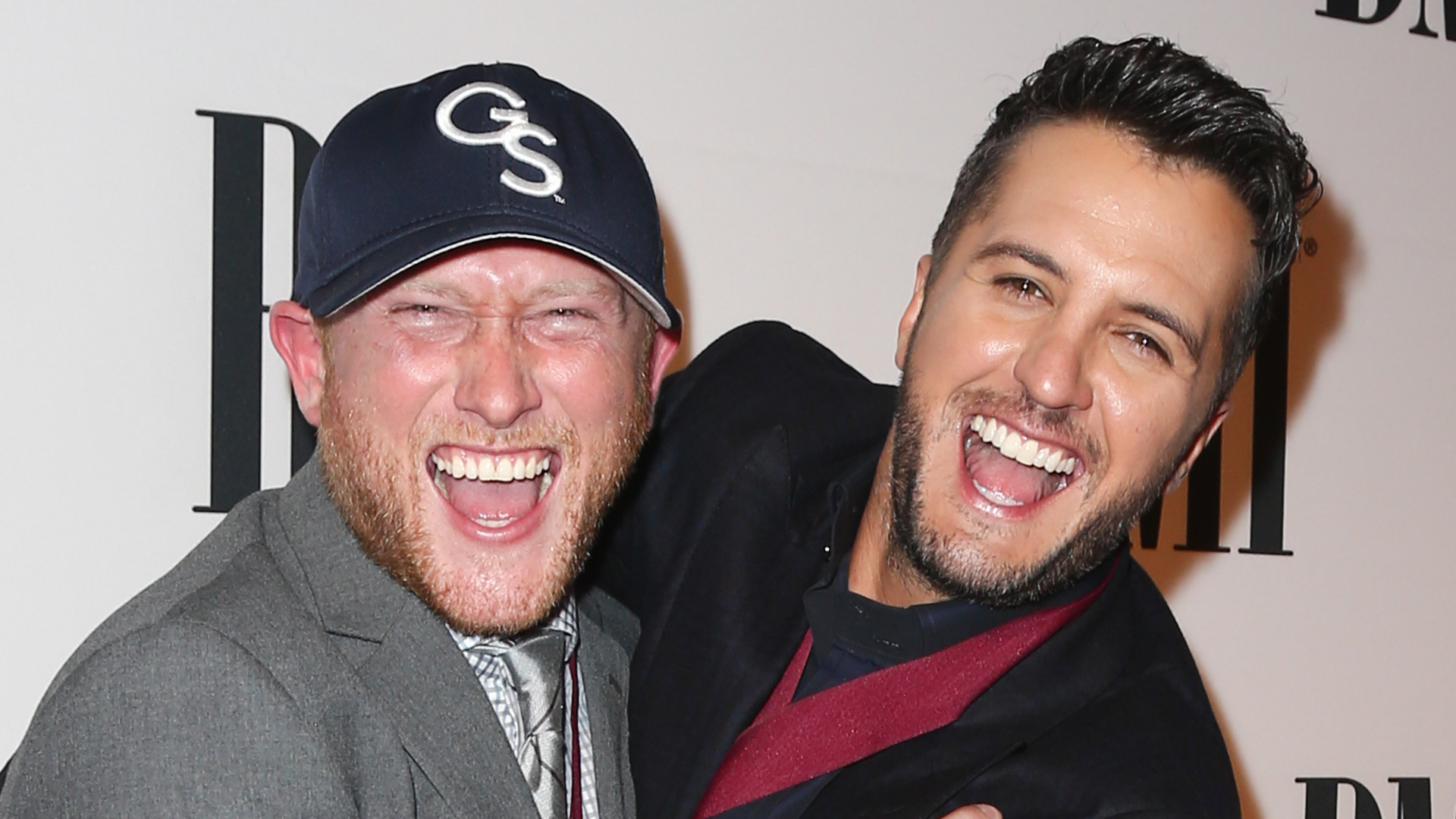 How exactly did Cole Swindell go from Luke Bryan's merch guy to the "Crash My Party" singer's opening act? Well, when Cole was sitting on the front porch of his fraternity house and Luke strolled by hours before his concert in town later that night, they got to chatting about music and special friendship blossomed.

Six years later when Cole was searching for a job in Nashville, Luke offered him a merch gig that later turned into something way bigger. After a little on-road songwriting with Florida Georgia Line—Luke's opening act at the time—Cole's bromance with Luke exploded after he wrote songs for him like, "Beer in the Headlights," "Love in a College Town," and "Shore Thing." 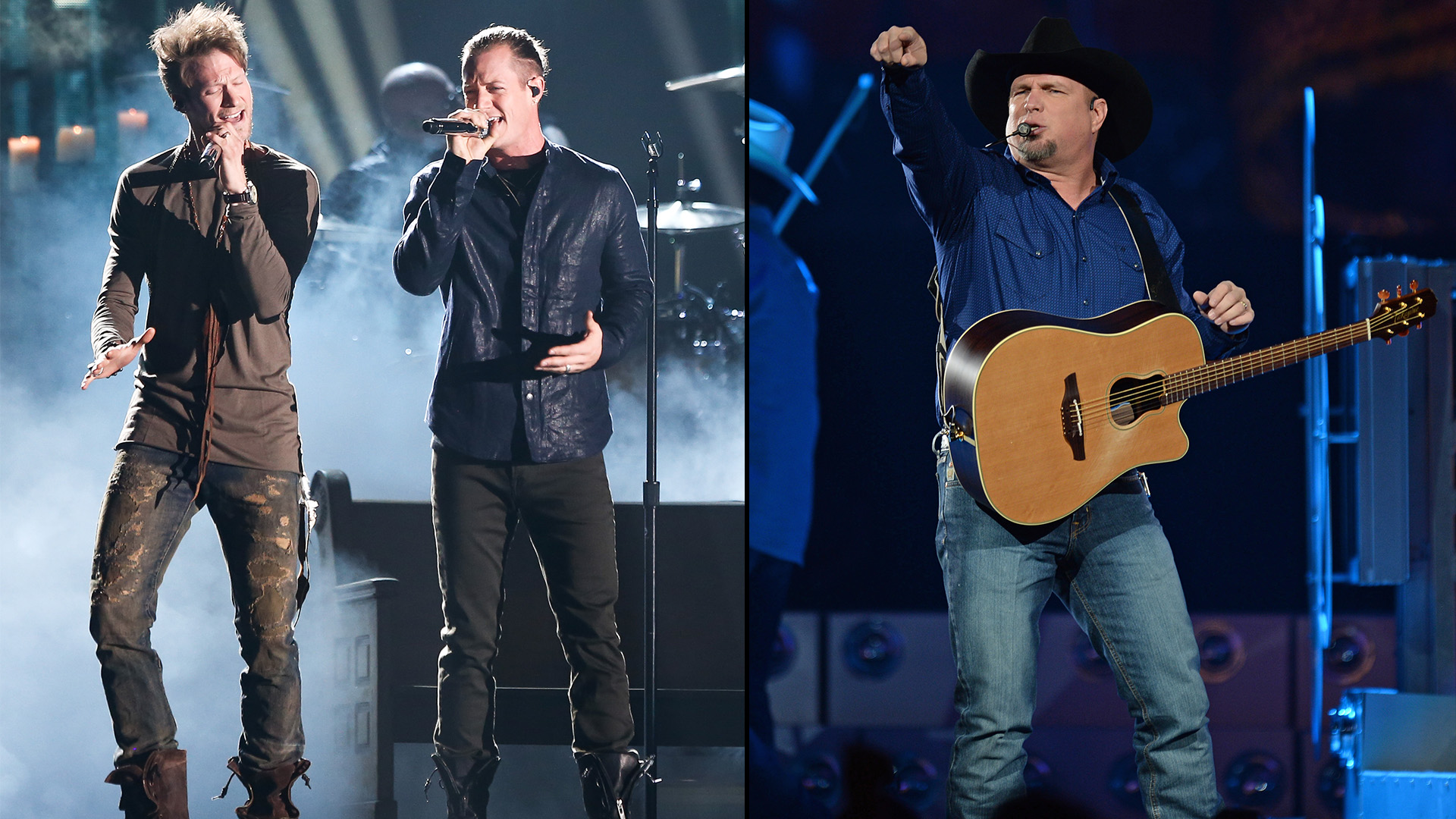 Ever since Florida Georgia Line burst on the country music scene in 2010, Stetson-wearing icon Garth Brooks hasn’t been shy about his love and respect for the Sunshine State duo—and has even gone on to say the band means a lot to his entire family.

Apparently, Brooks' niece was a huge fan of the bro-country rockers and when they went out of their way to meet her, Garth went from being a casual listener to one of their biggest admirers. Thankfully, the feeling is mutual, with the guys in Florida Georgia Line calling Brooks' songs simply incredible. 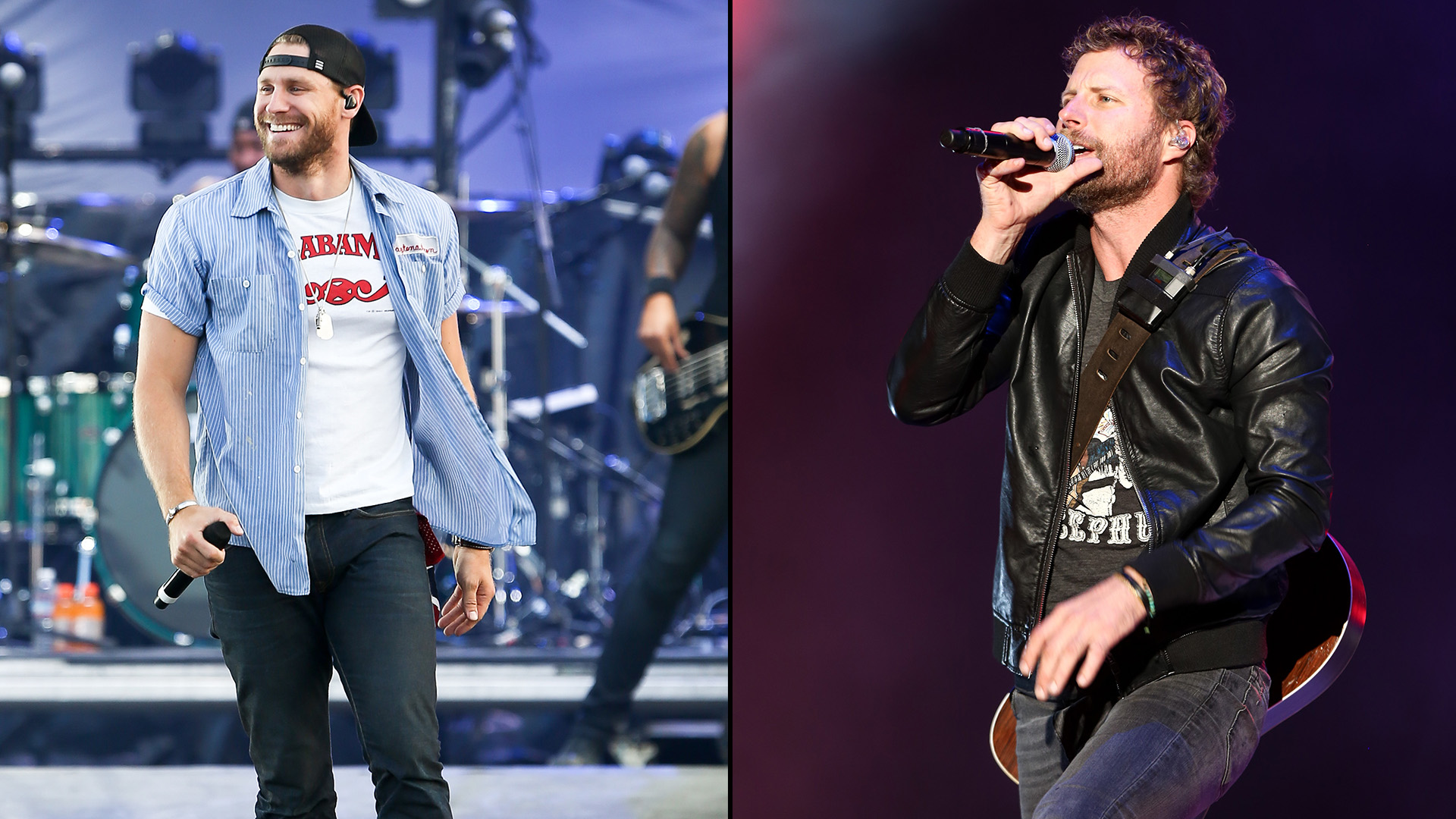 Being out on the road together on the Riser Tour undoubtedly helped form a bond between Chase Rice and Dierks Bentley, but it was situation all together that solidified this budding bromance.

Chase will always remember the random phone call he received early in his career from Dierks, who provided some very helpful advice about choosing a suitable the right record deal. By passing off some invaluable pearls of wisdom, the "What I Was Thinkin'" singer inevitably made a friend for life in Rice. 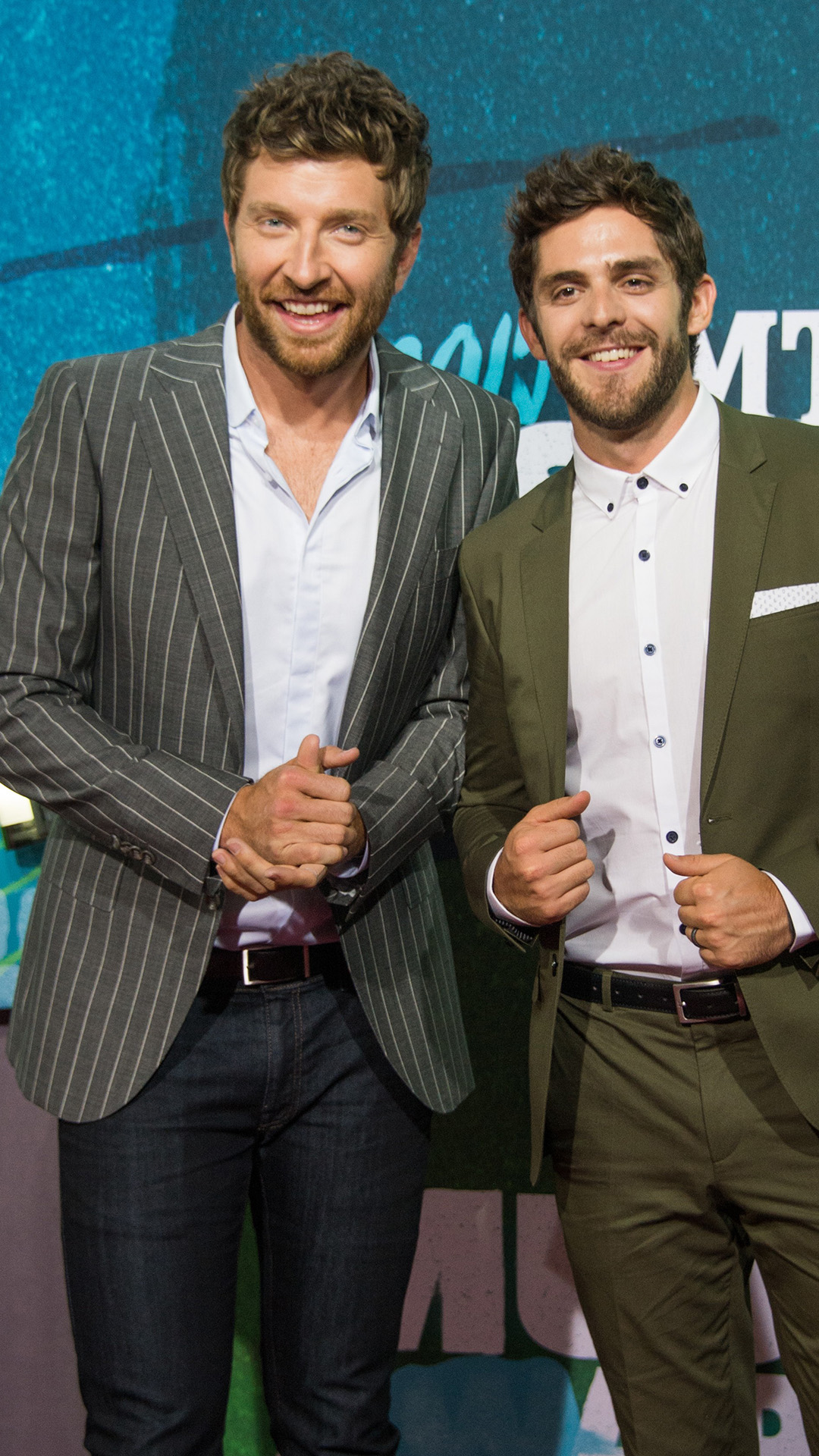 When Thomas Rhett and Brett Eldredge, who met first through the guys in Florida Georgia Line, realized they had the same goofy personally, they knew it was only a matter of time before they bro'd down and become pals.

In fact, the friendship developed so well, the singers even decided to collaborate together on the tune "You Can’t Stop Me." 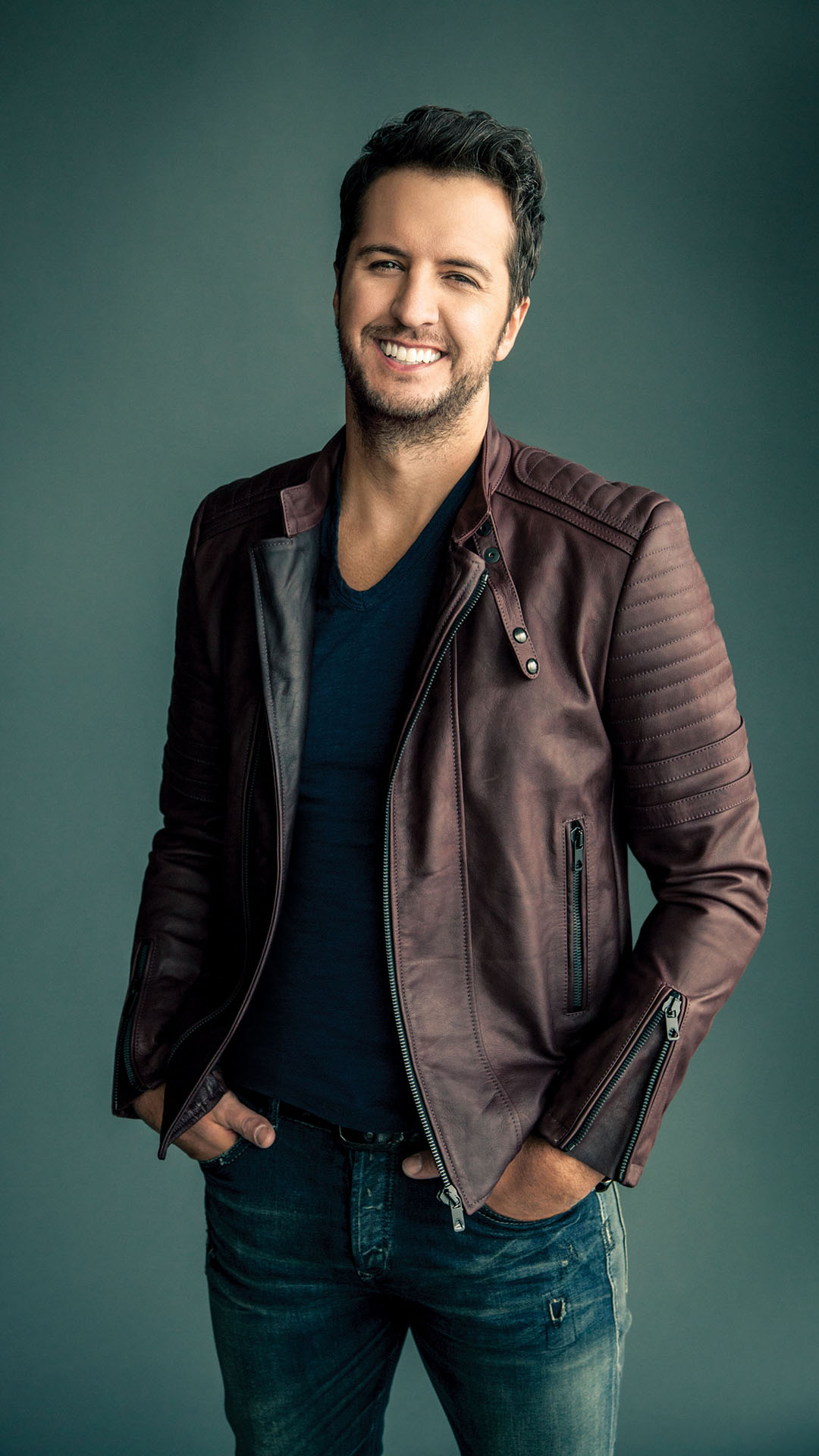 Luke Bryan and everyone!

There's no denying it: Luke Bryan knows just about everyone in the country-music biz and has a hugely impressive list of celebrity bros on speed dial. For example, not only is Cole Swindell a pal, but Bryan also calls guys like Jason Aldean, Blake Shelton, Florida Georgia Line, and Dierks Bentley close confidantes.

To see Bryan hang with a bevy of his buds, watch what happens when he co-hosts the 51st Academy of Country Music Awards with Dierks Bentley live from the MGM Grand Garden Arena in Las Vegas on Sunday, April 3 at 8/7c. Plus, don't forget you can stream the event on CBS.com and CBS All Access.