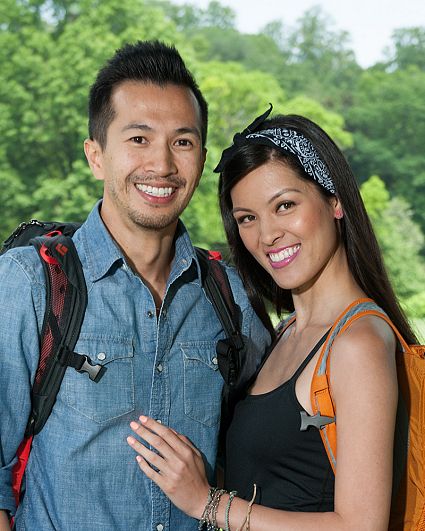 #TheDatingCouple
Name: Dennis Hour
Age: 30
Hometown: Tustin, California
Connection to your teammate: Boyfriend
Current occupation: Financial Accounting
Describe what you do: I work for an e-commerce technology company based in Los Angeles and my role is in financial planning and analysis.
3 words to describe you: Electrifying, practical and eager.
Favorite hobbies: Photography, cooking (I like to wing it in the kitchen and create my own flavors) and Isabelle Du.
What is the accomplishment you are most proud of? For an immigrant Cambodian kid, graduating from college and getting this far in my career is a huge accomplishment.
What famous person reminds you of yourself? Short Round from “Indiana Jones.” I love a good adventure.
What famous person reminds you of your teammate? Lucy Ricardo from “I Love Lucy.” Isabelle is always up to something.
What scares you most about traveling? Being robbed and stranded.
What excites you most about traveling? Sounds strange, but I like airports and plane rides. And then when I get to my destination, it’s trying the local food.
Biggest challenge you and your teammate will face on The Race together: The biggest challenge Isabelle and I face is the way we speak to one another. I may think she’s copping attitude or yelling at me while she may think she’s just talking normally and vice versa with me. This is where our communication wave breaks. We have been dealing with this since day one of our relationship and it could cause some serious issues on the Race.
Pet peeve about your teammate: My biggest pet peeve with Isabelle is that she won’t take initiative in helping around the house. I have to constantly ask her to pick up after herself or fold the laundry. And then she’ll complain that I bug her too much.
What country and place would you most like to visit and why? I would love to travel to Tokyo because of how busy the city can be. I would love to experience the Japanese cuisines. I just want to get lost in it all.
What do you hope to accomplish by running The Race (other than winning one million bucks)? I want to see the world with Isabelle! After this race hopefully we will know if we are ready to take our relationship to the next level.

Name: Isabelle Du
Age: 28
Hometown: Tustin, California
Connection to your teammate: Girlfriend
Current occupation: Model
Describe what you do: As a model, I’ve lived and worked abroad for four years in Thailand, Philippines, Singapore, China, Hong Kong, Indonesia, Malaysia and Vietnam. Some of my past work has included FHM, Elle, Cosmopolitan, Tresemme, Wet Seal and Mossimo.
3 words to describe you: Adaptable, spontaneous and indecisive.
Favorite hobbies: Karaoking, ebaying and swimming.
What is the accomplishment you are most proud of? It was a dream come true to model abroad because I never got a chance to study abroad during college. When the opportunity came, I didn’t think twice about it and jumped right in. I learned so much about myself by being on my own and away from everything I’ve ever known.
What famous person reminds you of yourself? I’ve never actually seen the show but Dennis always says that I remind him of Lucy from “I Love Lucy.”
What famous person reminds you of your teammate? Ross Geller from “Friends.”
What scares you most about traveling? For the most part, traveling doesn’t scare me. If I could do one thing for the rest of my life, it would be to travel. However, I can admit that I’m slightly concerned that I won’t know what the country’s laws are and I’ll get thrown into their jail for doing something that’s so normal over here in the states. I should really reconsider watching episodes of “Locked Up Abroad.”
What excites you most about traveling? It’s a guaranteed adventure. I can’t stand being at home because everyone has the same mundane updates about their lives. I want to do things that only a rare handful can do. Once you’re in a new environment, new experiences are to be had, and even the crazy ones make good stories later.
Biggest challenge you and your teammate will face on The Race together: Dennis likes to plan every little thing while I’m easygoing and carefree and will improvise things on a whim. He’s not as spontaneous but he’s open to the idea of it so long as I can convince him.
Pet peeve about your teammate: He constantly reminds me about how I don’t do anything around the house, but it’s a work in progress and I’m really working on it!
What country and place would you most like to visit and why? The Maldives is my #1 dream destination because every single photo I have seen of this place is heaven. I have to get there before it goes under water completely! And also, I can never say no to Vietnam. It’s where my family is from, it’s where I lived for four years and I have a very deep connection to it.
What do you hope to accomplish by running The Race (other than winning one million bucks)? My dream is to live all over the world. Not just traveling it, but LIVING all over it. And as unrealistic as that may sound to a lot of people, I know it’s possible. I’ve had a taste of it and I want to live abroad again. I like having as few possessions as possible because I really think that’s what weighs us down in life. Dennis has agreed that he’d be willing to go for it but sometimes I’m not sure if he’s just saying that to appease me. He can be so calculative that I think it really holds him back from doing the “carpe diem” things in life. He doesn’t even think we have that much stuff together while I think we have TOO much stuff. I want him to do “The Amazing Race” with me so he’ll become more free-spirited and won’t have to feel so calculated about living all over the world with me. 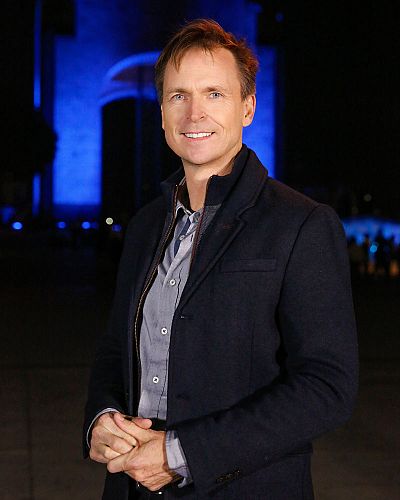 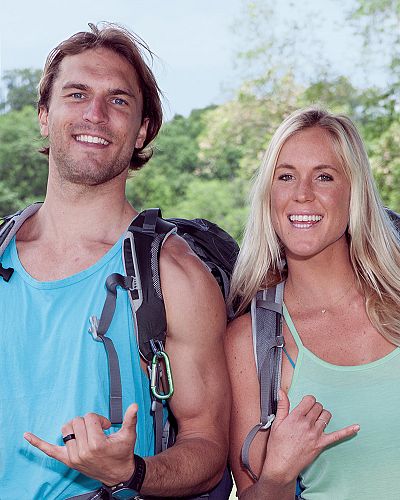 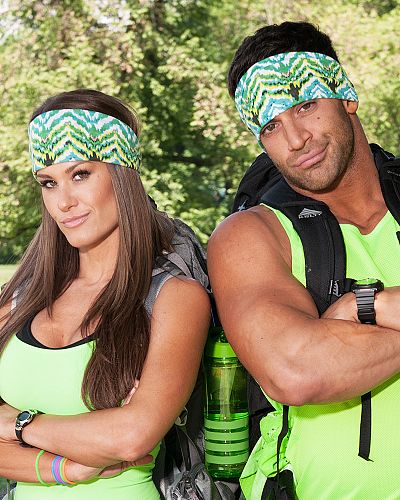 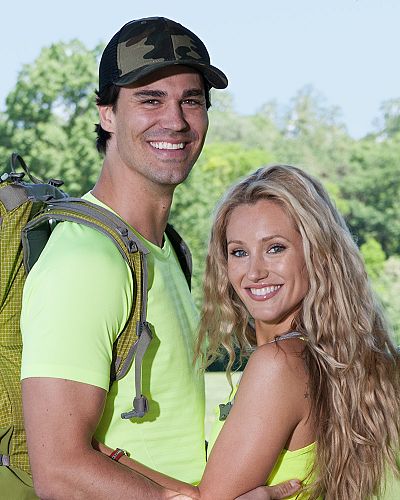 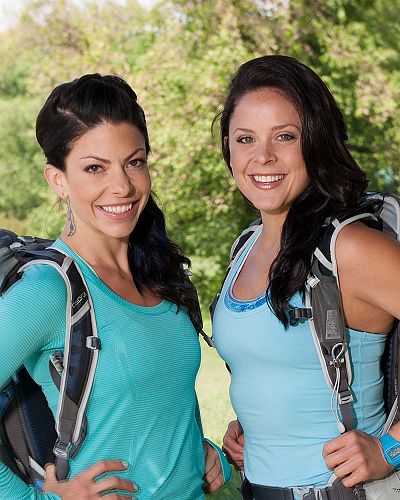 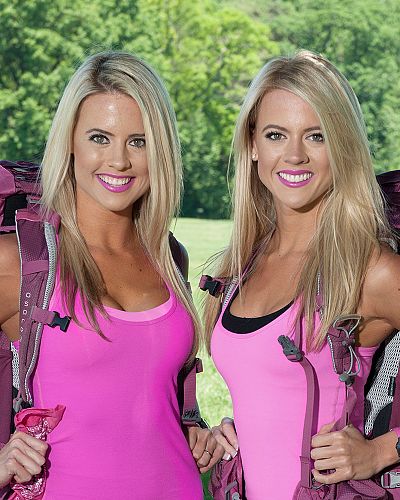 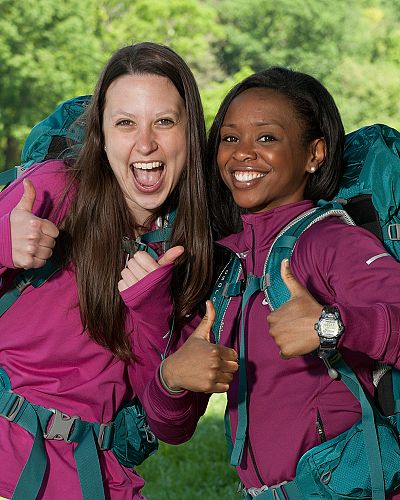 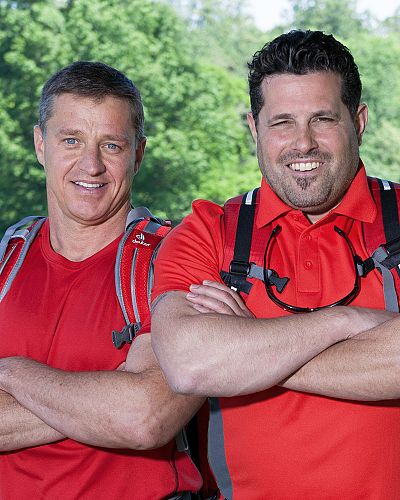 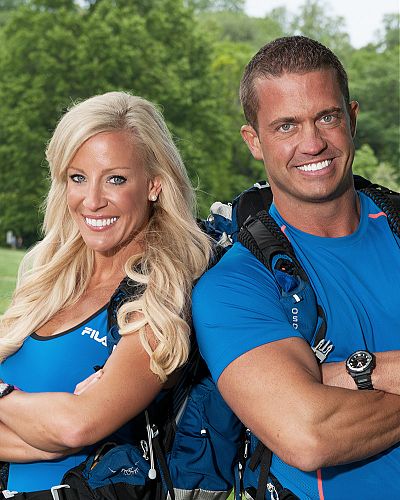 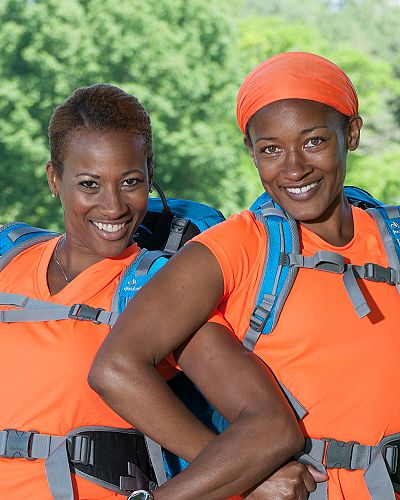 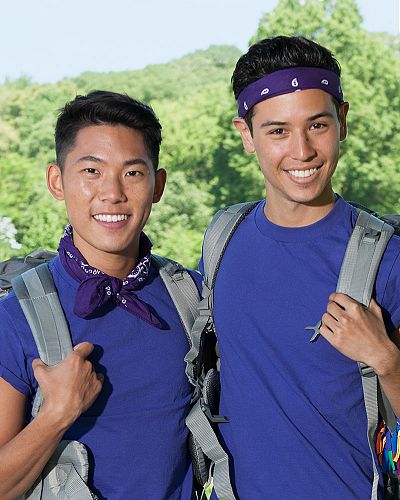