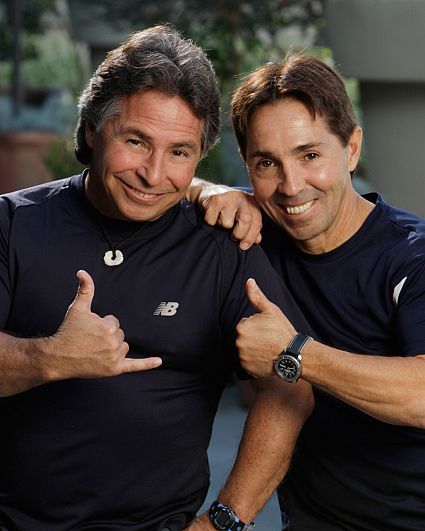 
This Team of brothers has been competing – against everyone else and each other – their entire life. Standing at 4’ 9” these married fathers are ready to prove they have what it takes to win one-million dollars.

Mark makes his living as a stuntman and occasionally works as a jockey. This father of two is looking forward to running the Race with his brother in order to continue building on their relationship. Mark believes that the biggest advantage he and his teammate have over their competition is their fitness level and ability to make split second decisions, a skill they have mastered after years of working in physically and mentally demanding fields. Mark enjoys skiing, biking and golfing and describes himself as short, athletic and creative.

Michael is looking forward to working on communication issues he and his brother have had with each other in the past. Michael, also a father of two, splits his time between Maui and Los Angeles. His favorite hobbies include playing music and surfing. He claims that the biggest difference between the two is that he is the surfer and Mark is the skier. Both have worked extensively in films and television including the feature films “Van Helsing,” “Spiderman” and “Seabiscuit.”

They chose similar paths in their lives and, after years of surfing big waves and racing horses around a track, they’re eager to run the Race of a lifetime with one another for a shot at a million dollars.