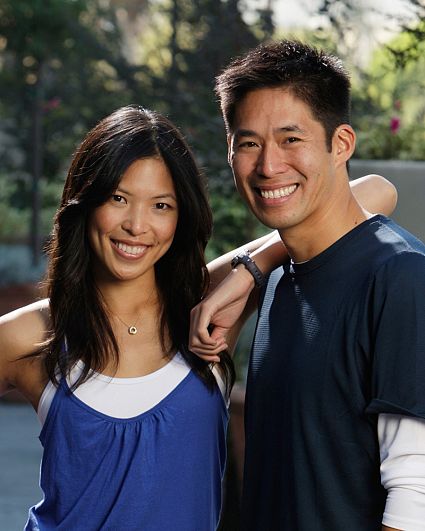 
If they can manage to work together, this smart and sassy brother/sister duo – both with Harvard Law degrees – might have just what it takes to outsmart the competition and cross the finish line first.

Tammy is a litigator who believes that her ability to keep a cool head under pressure, especially with little or no sleep, will lead to success on the Race. Her biggest pet peeve with her brother is that he’s a bit of a control freak. This was never more evident than when they recently traveled with friends to China and Victor mapped out the entire trip down to the minute.

Victor is a partner at his law firm and works as a corporate litigator. He is running the Race to see if he and his sister can co-exist in a hyper-competitive situation without driving each other crazy. Victor thinks that his teammate can be immature and selfish and he’s hoping the Race will remedy that.

Victor is confident in his decision making and believes his sister should do what he says as he knows best. Tammy would like to prove to Victor that she’s not a baby anymore and that it’s time he view her as an equal. Victor is modeling his game play after the cut-throat style of Rob and Amber while Tammy prefers Season 12 winners TK and Rachel’s laid back approach.

Both have traveled extensively and are supremely confident in their ability to win the million dollar prize.