Get Ready, Get Set, Go! The Race Has Officially Begun!: Eleven teams have set course for Season 27 of The Amazing Race

Listen up, Amazing Race fans! You'll be elated to hear that the 27th season of the Emmy Award-winning show kicked off Monday, June 22, in Venice Beach, California bringing 11 new teams together for the journey of a lifetime.

Fans and the new cast of Season 27 gathered together before the 22 racers took off. 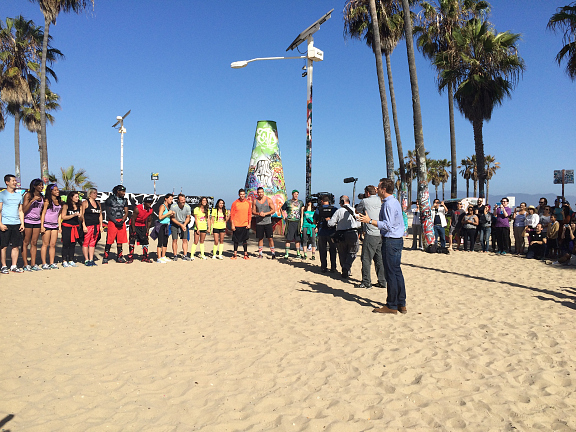 Host Phil Keoghan described the electric mood of the morning kick-off, saying, "The energy there this morning really made it. We had former racers, including the very first winner of the Race."

Smiles from past winners shined bright at Venice Beach. 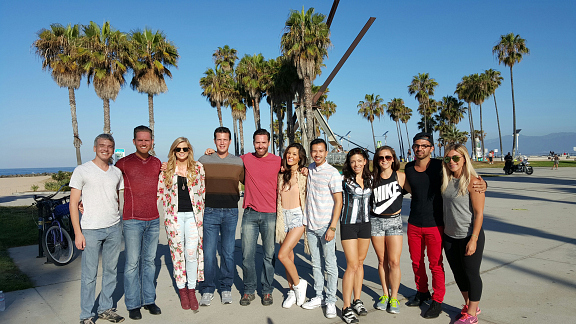 Laura, winner of Season 26, had advice for the new racers.

#AmazingRace Season 26 winner Laura shares some advice on what it takes to win! pic.twitter.com/kIPJ5E3Sad

Phil added, "All those people there together with the crowd really turned up the energy. And that energy was a really great way to start off."


The following 11 teams will compete in Season 27:Having just completed their first challenge, which included waterbike racing, the players are headed off to their first destination, Rio de Janeiro.

And they're off! See how the new crop of racers do starting 9/25 at 8/7c on @CBS! #AmazingRace pic.twitter.com/AHijzpAzCz

And they're off! The pairs know there's no time to waste on the Race. 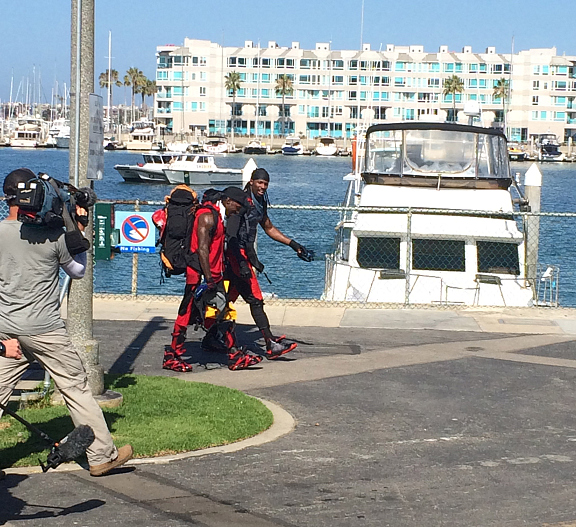 The crew catches every bit the journey first hand. 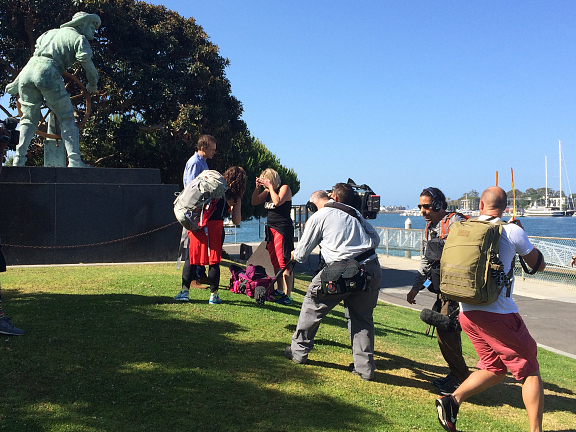 "We're really going back to grassroots Amazing Race this season," Phil said of how this season is one not to be missed by fans. "We are bringing back things from Season 1. I live tweet the Race every week and can see what the fans are saying. We really listen to fans. We saw what they were saying they wanted more of and that's what we are bringing this season."

"You don't have to be big to win the race. Teams will surprise you. It's a very diverse cast this season," Phil said. "We want to represent America and there are all sorts of people in this country. That's what we are bringing to the race."

Relive last season's adventures before diving into the next journey this fall. And, be sure to keep up with Phil Keoghan, who tweets from each breathtaking destination.

Amazing Race will kick off the season premiere on Friday, September 25, at 8/7c.

Related Articles:
Everything #PhilFacts Taught Us
Tyler and Laura, Winners of Season 26
A Fight To The Finale