Teams Get Down And Dirty On The Amazing Race, Ep. 2

From sloppy mud baths to heated arguments, check out Episode 2's messiest moments
After coming off a non-elimination leg, in Episode 2 of The Amazing Race, racers were sent to Cartagena, Colombia, which is a brand-new locale for the long-running series. Their adventure would begin at the mud volcano of Totumo, but that'd be only the beginning for these teams.

Let's look back at the stand-out moments from this season's second episode, "You Look Like Gollum."

1. Digging for treasure at the mud-filled Roadblock proved to be one sloppy mess. Swimming in a therapeutic mud bath sounds relaxing, right? Unfortunately for these teams, there was nothing tranquil when they faced a Roadblock drenched in quicksand-like sludge and an inch of water.  While covered head-to-toe in muck, the racers had to search for an emerald under the surface and then deliver it to an attendant on the nearby lakeshore.

Dana was turned away when she presented a pink stone. Then there was Korey, who looked like "a gremlin coming out of the depths of the earth," triumphantly escaped from the mud pool only to slip and lose his emerald in the hill. Luckily, these two made it through the sludge—eventually.

2. Blair learned you should always pack a bathing suit on the Race. 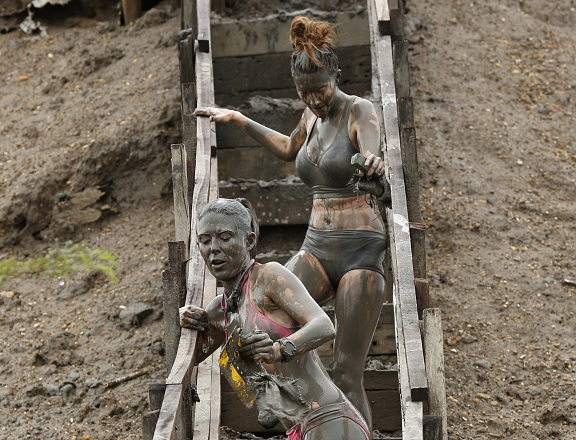 Blair ran into trouble when she realized she didn't have a proper bathing suit for the Roadblock. In a panic, she called out, "Daddy, do you have anything I can wear as a bathing suit that isn’t a thong?"

Fortunately, Rachel loaned her a spare pair of shorts so she wouldn't reveal too much in front of her father.

I will TOTALLY explain that thong comment tomorrow on my recap! Hahahaha 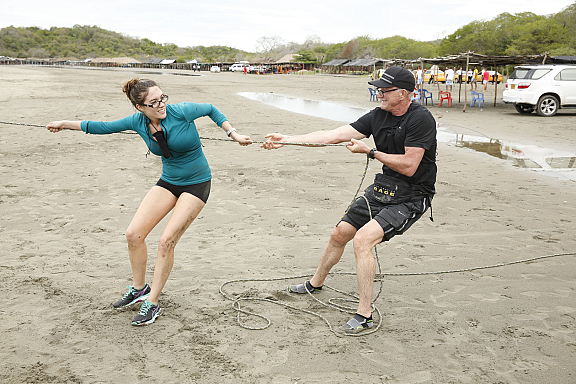 Since coming in last place during the premiere episode, Blair and Scott thought a Speed Bump would be right around the corner.

In Colombia, they were tasked with helping the locals haul in a large fishing net. Blair, who screeched and squealed every time she picked up a fish, said the task was harder than CrossFit and Pilates together.

Next, they moved on to the "Parrilla" Detour.

Congrats @BlairFowler & @ScottFowlerMD! not an easy task to recover from a speed bump. way to muscle through and never give up. #AmazingRace


4. Erin's fear of fish stemmed from an unusual memory. 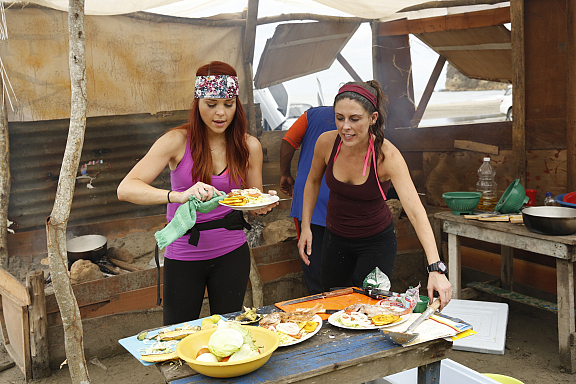 As Erin and Joslyn got started at the "Padilla" Detour, Erin revealed that as a child she had a traumatic experience with a fish getting caught in her bathing suit.

5. Dana got frustrated with her man, Matt. 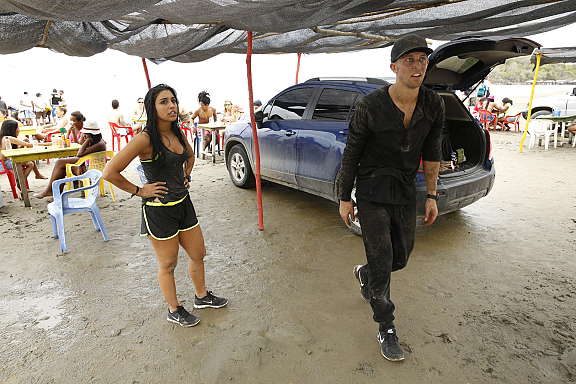 As the teams got to work on the "Pop-Up" Detour, Dana’s patience was starting to wear thin with Matt. Luckily, each of the dancers were able to take a beat and figure things out after watching Sheri and Cole ace the task.

I'm so lucky to have @MattSteffanina be so patient lol I'm an Italian New Yorker- wadda ya want from me? https://t.co/OkacQHmL20

6. In the end, Marty and Hagan had to battle Darius and Cameron a final spot on the mat. 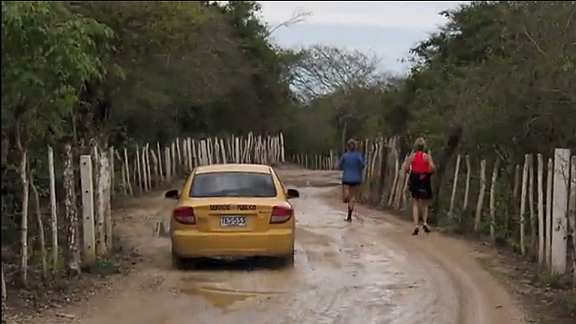 Darius and Cameron were confident they could beat Marty and Hagan, who mistakenly ran to the beach by foot instead of letting their taxi drive them to the Detour. However, as soon as the mother-daughter duo were approved after a successful challenge, they hugged the judge and began the long run back into town where their cab was stationed.

Mere moments later, Darius and Cameron hopped into their nearby taxi and caught up to the ladies, who were sprinting by foot.

Hagan shouted out to her mother, "That mistake just cost us the Race," the moment Cameron turned to Darius, saying, "And that’s why it’s important to not give up when a team leaves."


7. Tyler and Korey stepped on the mat in first place!

This outgoing pair of besties proved they had communication on lock, tackle each obstacle thrown their way, and maintain the ability to keep laughing through it all!

so proud of you @koreykuhl!! we did so well this week!! FIRST PLACE!! ...let's see if we can keep that lead next week... #TeamTylerAndKorey

It took everything in me not to cry on the mat when we checked it. It was a long day and 1st was a dream come true. #AmazingRace

8. Hagan and Marty were the season's first eliminated team. 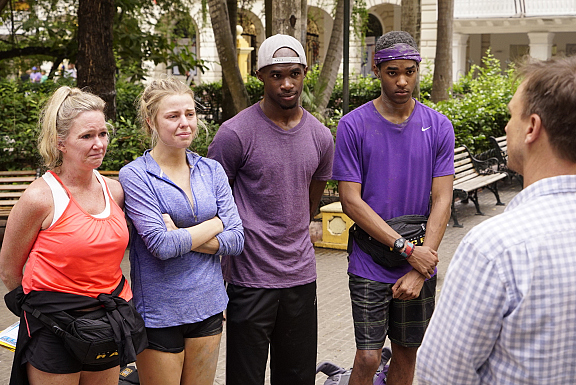 With tears in their eyes, Hagan and Marty said goodbye to the Race, a once-in-a-lifetime experience that brought the two even closer together.

Well we gave 100%..some really bad luck and one mistake but I am beyond proud of @HaganElizabeth and we never gave up! She is my strength!!

Watch all-new episodes of The Amazing Race on Fridays at 8/7c.