Epic aims, miscounting money, blowing kisses, and searching for strangers.
In case you missed the latest episode of The Amazing Race, you came to the right place for a quick recap! Check out all the highs and lows from the most recent episode and find out which duo was sent packing at the end of the heart-pumping leg.

1. Low: Claustrophobia was no joke for Erin. 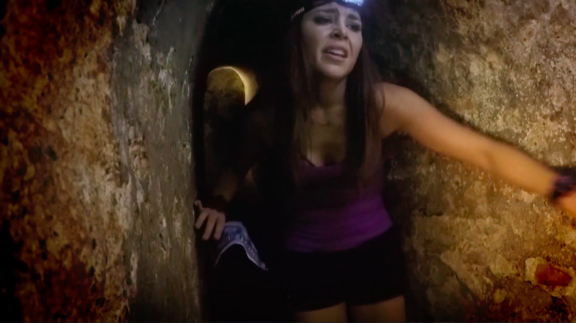 Last week, Erin was freaking out over fish, and well, this week it was all about confined spaces for the Clevver media host. As soon as Erin got into the catacombs, she began to get anxious. Panic really set in as they went deeper and by the time they finally found the clue, Erin was struggling to breathe. When Erin's partner, Joslyn, suggested the "Tickets" Detour instead, Erin said, "Anything to get us out of here... I’ll cut off my left arm if that’s what you want me to do."


2. High: The "Tejo" Detour was a breeze for frisbee pros Brodie and Kurt. 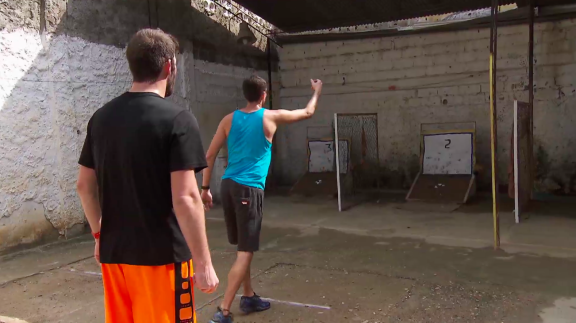 Ultimate frisbee stars Brodie and Kurt proved they weren't only masters of field sport but also tejo when they took on the target-hitting Detour and overtook first place from Tyler and Korey. Mid-Detour, Brodie said, "If we don’t do well at this, I’m going to probably be getting a lot of Twitter hate." After only a few practice throws, Kurt hit the target, which exploded like a firecracker. Brodie was right behind with perfect aim. 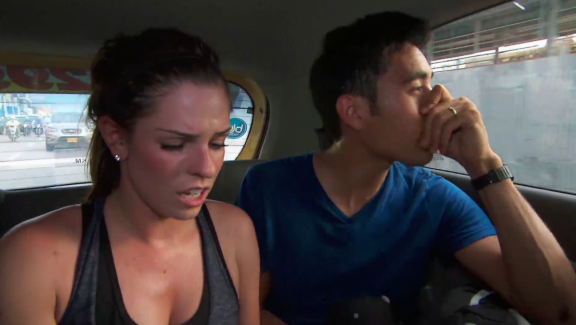 Newlyweds Rachel and Zach were zooming through their Detour, gathering passengers and collecting pesos. While on their bus, Rachel began counting the money and told Zach they hit their goal so they ran for a taxi. Heading toward the starting point, however, Zach realized that two bills Rachel thought were tens were actually ones—and they only had 14,000 of the 20,000 pesos. Panic set in and all Rachel could do was continuously apologize to her husband. Back at the Detour, the couple struggled to earn their remaining pesos. Zach said, "I’m starting to lose my voice here... this is really hard."


4. High: Tyler provided fans with an unforgettable quote during the leg. 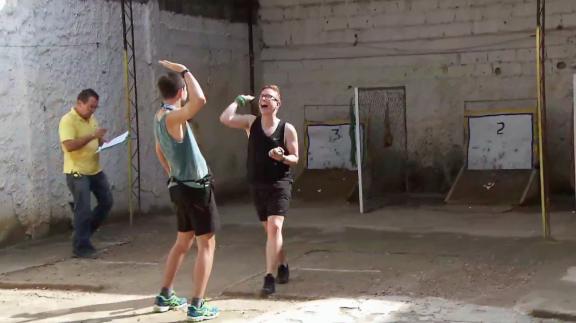 If there was one quote to take from this past episode, it would have to have been Tyler's one liner from the "Tejo" Detour. As the duo jumped at the noise of the disc striking the target, Tyler looked around at the group of locals observing them and said, "Just a couple of dudes being bros, just a couple of bros being jocks."

"JUST DUDES BEING BROS, JUST BROS BEING JOCKS!" -me throwing rocks at bombs on @AmazingRace_CBS #TeamTylerAndKorey


5. Low: Searching for the vendor at the Roadblock was challenging for Darius. 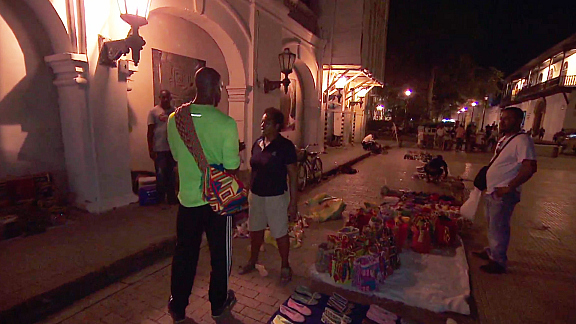 "Are You Adriana?"—that was the question Darius called out over and over again as he wandered the streets of Cartagena in search for the last vendor with the clue. Darius believed that since his designer’s name was Adriana, he had to find someone by that name, but he didn't realize until too much time had passed that the vendor was only inches beside him.

It was actually one of our better legs if you can believe it ?

6. High: Exchanging "besos for pesos" was a strategy that worked for Blair. 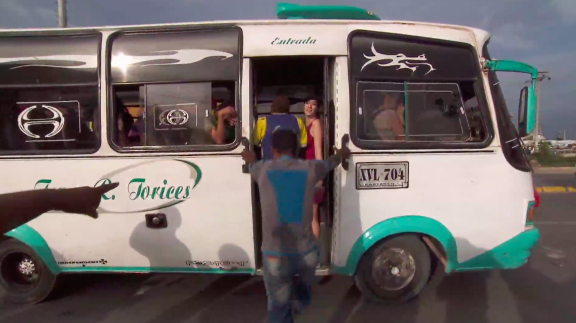 Blair had quite the method to get the locals to hop onto their bus. When she offered kisses by shouting "besos for pesos" and enthusiastic crowd jumped at the chance for a sweet peck. Blair admitted that she was only blowing kisses to people, which relieved her father, Scott, who said, "That’s as far as that needed to go."

#besos4pesos the best strategy :) put the few spanish words i knew to good use #AmazingRace

7. Low: Darius and Cameron waved goodbye to the Race. 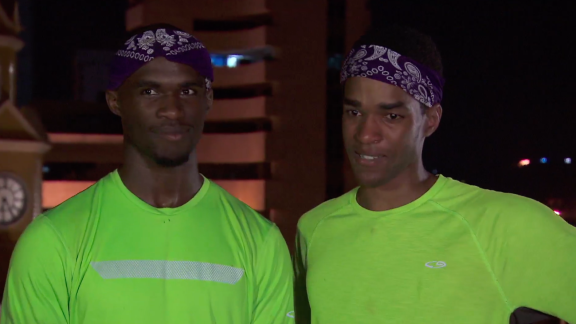 As the brothers ran up to Phil at the mat he informed them that their Race adventure had come to an end. "I couldn’t really run it with anybody else," said Cameron to his brother. "We’re the closest. I know him the best and I know that he’s capable of doing amazing things," replied Darius.

@MrLegenDarius and @CamerontheB I'm really happy that we got to meet yall. Yall are great young men! #AmazingRace


Watch this episode now and all-new episodes of The Amazing Race on Fridays at 8/7c!