Observe An Abundance Of Flirting And Flags On The Amazing Race

On the latest episode, a showmance blossoms and the racers have fun with flags
The latest episode of The Amazing Race brought with it a potential new showmance, one racer feeling completely stranded, and a mad sprint toward Phil at the mat.

In case you missed it, here are the highlights from "Get It Trending."

1. Racers were excited at the idea of a showmance.
Have you heard of #Blodie? If not, let’s "get it trending" because it was suspected Blair and Brodie had "a thing" for each other, though they never met. Then, when the pair finally met at the airport, by the look at the outpouring of smiles and giggles, one would think a showmance could be brewing. 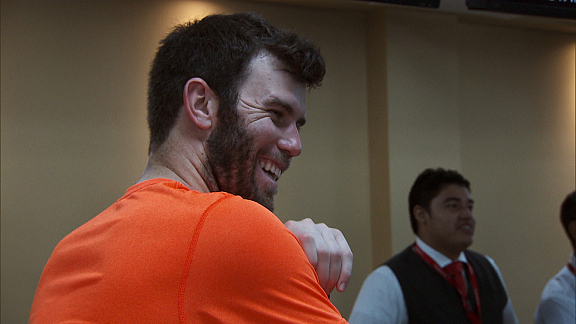 Just look: Brodie’s smile says it all. Later the same night, when all the racers had a sleepover, #Blodie got some quality time together as they snuggled side-by-side. 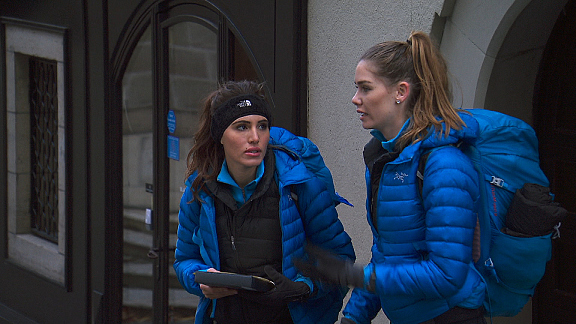 The ladies were rejected multiple times before they finally presented the judge with their guess at how many seats they thought the world's largest wooden bench held—and it was correct!

We did this bench challenge 4 times before we realized it was printed on the newspaper we were all holding in huge font! #AmazingRace 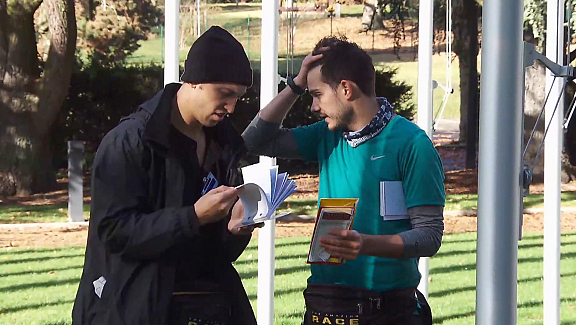 Just as Korey figured out the key to the task—that the flags on the list corresponded to the order of the actual flagpoles in the ground—he whispered his discovery to Matt. That's when Korey ran off to cover one side of the property as Matt tackled the other.

YES! I love my alliance with @MattSteffanina. I heart the dancers so much. #AmazingRace


4. Jessica broke down when no one offered a helping hand.
When Jessica arrived at the Roadblock, she immediately felt excluded from the big group of racers, who were all helping each other with the flags, and began to cry while trying to muster the strength to complete the task by herself. 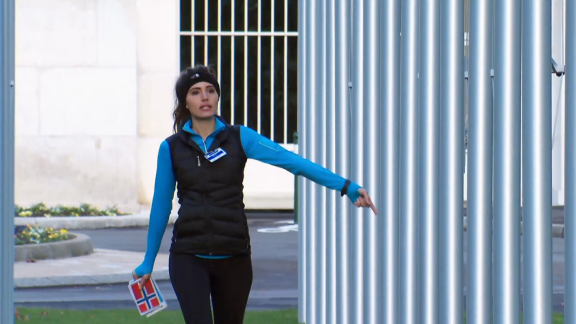 This is the best part of the show! See everyone gang up on @JessVerSteeg after she helped everyone in every other episode! #AmazingRace


5. The race of the trains had everyone on edge.
The competition continued when multiple pairs raced to the Pit Stop in Chamonix, France. Blair even went so far as to shout at everyone to hide when the models' train stopped on an adjoining track. 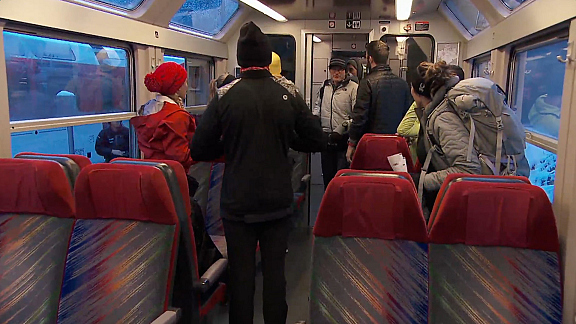 The drama continued when the second train eventually caught up to the first, which is where Burnie and Ashley, Brodie and Kurt, and Sheri and Cole stood.

The prayer of the race: "Let's just not be last." #AmazingRace


6. It was a real footrace to the final mat.
As the train door opened, the racers bolted onto the snowy streets and sprinted toward Phil at the town square. Pro frisbee players Brodie and Kurt finished first, with Korey and Tyler right behind. 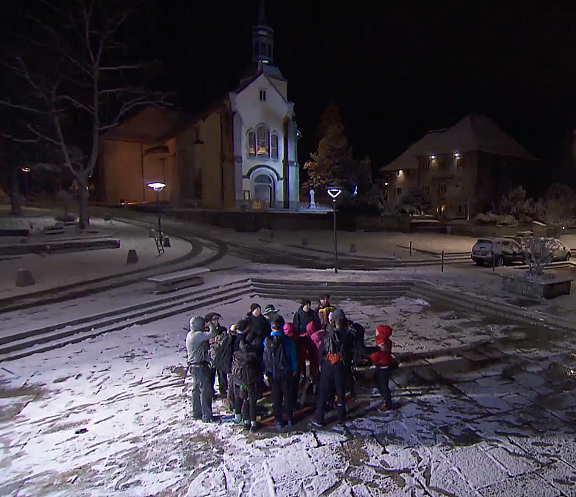 
Pro frisbee players Brodie and Kurt finished first, with Korey and Tyler right behind. Unfortunately, when Brittany and Jessica finally arrived, Phil delivered the disappointing news that they were the eliminated team.

Watch this episode now and all-new episodes of The Amazing Race on Fridays at 8/7c.