Get ready to see the teams drop clues, traverse icy cliffs, and paraglide over the French Alps.
The latest episode of The Amazing Race took the racers to the snow-covered French Alps where they were challenged by fetching clues via zip line, traversing mountain tops using ropes, and tandem paragliding before reaching host Phil Koeghan at the leg's final mat.

The entire episode was filled with high-flying thrills, but here are the most breathtaking moments from "We're Only Doing Freaky Stuff Today."

Ashley dropped her clue into the great snow-capped crevass. 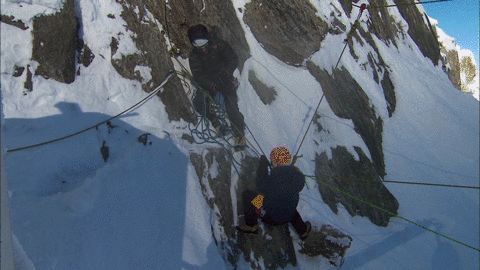 Just as Ashley was making her way through the Route Marker, she lost hold of the clue as she made her way back to Burnie. Thankfully, the mishap didn't stop her from completing the leg; instead, Ashley regrouped and mustered enough strength to go back out a second time to get a new one.

Not going to lie. Pulling myself out over a chasm to grab a clue is one of the more insane things I've done in my life. #amazingrace


Panic set in for many of the teams while traversing the mountain top. 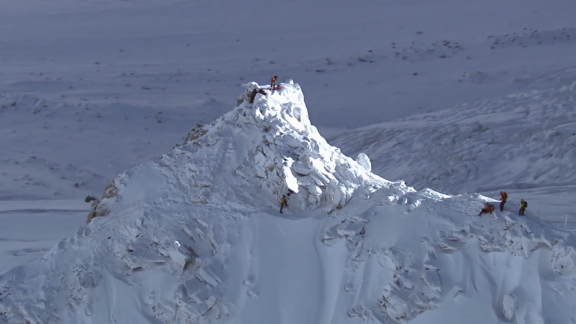 The racers didn’t realize just how terrifying the feat of traveling over a mountainside would be until they were strapped to each other by rope and actually performed the act.

For example, Brodie ordered his partner, Kurt, to slow down right before he tripped and fell headfirst into him, while Tyler and Korey also showed anxiety as they cut across the narrow path side-by-side.


Sheri was determined to push herself during this leg of the Race. 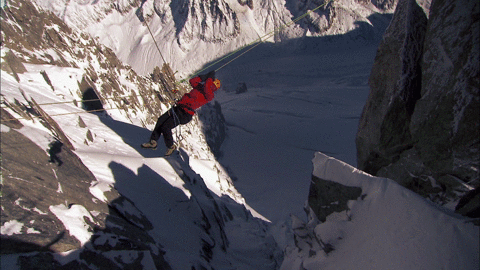 Sheri's mission was to prove to Cole that she could be a strong partner to her son. For most of the Race, Cole has been the one leading the way, but not this time. This stay-at-home mom started to cry when she realized that this leg would test her fear of heights, but she overcame any doubt and powered through this Detour—and even the following Roadblock, which took her for a paragliding ride.


Erin and Joslyn learned that a baguette makes a suitable lunch in France. 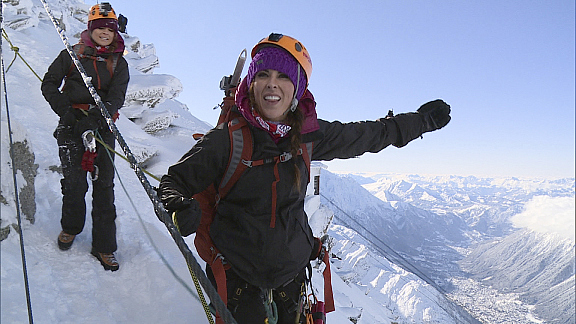 Erin and Joslyn began looking for lunch to bring to the workers, not realizing the baguettes they were carrying were their lunches. When it finally clicked for them, they had to make up for lost time and try to catch up to the leg's leaders.

We even went back to search the gondolas after that for lunch!! @HeyErinRobinson @JoslynDavis


One team took the lead and paraglided to the mat. 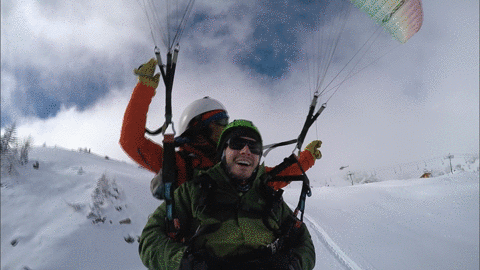 When Brodie and his paragliding guide fell flat on their jump off the mountain, it gave Korey the head start he needed to sneak into first place and frustration covered Brodie's face as he watched the content producer pass him.

Upon Korey's landing, he said to Tyler, "Continued domination is in our future."

Every moment in Chamonix felt like living inside a snow-globe. It was breathtaking. #AmazingRace #TeamTylerAndKorey

It was a fight to the finish for three zip-lining ladies. 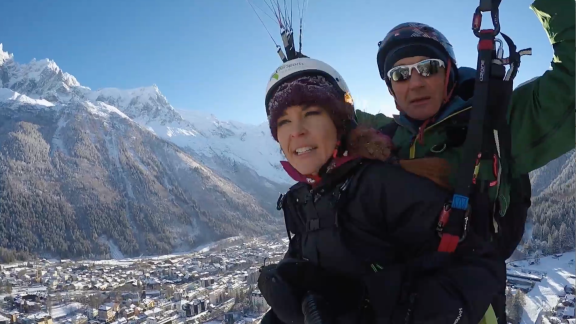 As Ashley, Sheri, and Erin got ready to race through the sky, their partners anxiously awaited their landing at the mountain’s summit.

When Erin flew into the air, she knew she was the last to lift off; however, she didn’t let it put a damper on the amazing moment she had while flying weightless over the mountain tops. Though, as she landed and learned the news that she and Joslyn were eliminated, she couldn’t help but feel a mix of emotions.

SO beyond grateful for @AmazingRace_CBS, the experiences I had & the life-long friends I made. Such a gift to have had w/ @HeyErinRobinson?


Watch this episode now and tune in for all-new episodes of The Amazing Race starting on Friday, April 1 at 8/7c.