Juggling snakes, salt, and buckets—that's just what the Race handed the teams in Indonesia
Starting with wearing snakes around their necks and ending with rowing to the Pit Stop mat, the final six teams sure had their hands full in the latest episode of The Amazing Race.

Here's a quick recap of the racers' trip to Indonesia.

The slithering snakes had Tyler making some pretty epic faces. 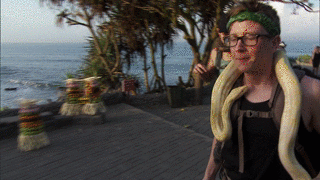 Tyler threw us back to a pop hit we know and love when he fearfully carried a snake around his neck in the first part of the episode. When the serpent twisted toward his face, the YouTube sensation almost lost his cool.

.@tyleroakley was so happy to have a snake that looked like Britney's. #AmazingRace #TeamTylerandKorey


Zach, a hater of legless reptiles, had no choice but to conquer his fear. 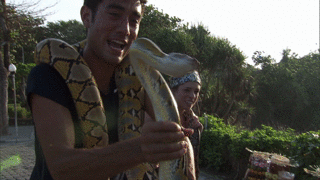 My sympathy goes to the snakes that started their day by getting wrapped around shrieking weirdos and bounced around. #AmazingRace


Cole was fanning himself after a spicy Speed Bump. 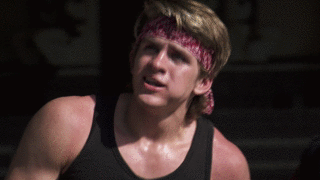 Back at Bat Temple, Cole and Sheri were tasked with preparing ten bowls of noodle soup which included some sort of "mystery meat." When they tried the meal themselves, Cole immediately struggled with the spiciness, fanning his mouth saying, "Don’t let my future girlfriend see this episode!"

Not only was it spicy it was hot too lol https://t.co/oPhiv2p88p


Rachel struggled to carry buckets of water at the second Roadblock. 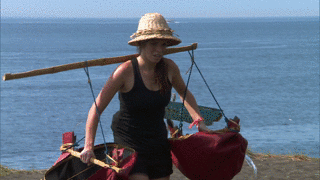 Rachel was the only female racer to take on this exhausting portion of the leg. She fought through the Roadblock by carrying huge buckets of water on her shoulders. Mrs. King managed to block the tears and make it through, with Zach cheering her on the whole way.

I knew @RachelHolm3 was struggling and I wanted to encourage her!! #AmazingRace 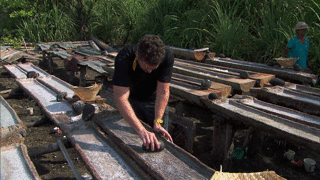 Scoop-by-scoop, the racers gathered salt after emptying their water-filled buckets. Then they had to fill small bags with salt and tightly tie them. 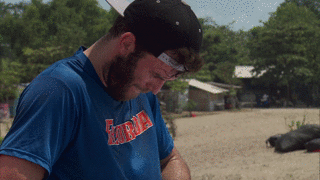 At the Roadblock, teams were tasked with tying on their kite tails using little strands of red yarn. Brodie continued to struggle, as his larger fingers kept getting in the way. Luckily, he made it through and to the mat with his partner Kurt.

So, who came in first place this episode? 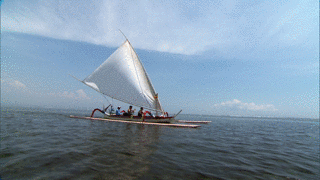 We were thrilled to be back at #1. We had been fighting since Armenia to not only stay in the Race but to get back to #1. #TeamTylerandKorey


And last? Watch this clip to see how the eliminated team handled the unfortunate news:

was a brutal leg, but thankful to have experienced the race with my best friend @FinalCutKing thanks for all the support! #TheAmazingRace


Watch this episode now and all-new episodes of The Amazing Race on Fridays at 8/7c!