The season's toughest moment takes one pair back to the Detour, which leads to an ultimate dead-end
The latest episode of The Amazing Race had the final five pairs fearing one major point in the game—the dreaded double U-Turn. So it's no wonder this leg turned out to be one of the most stressful, adrenaline-rushing episodes of the season and would ultimately send one the strongest team's back home to the states.

Here's a quick look at how the racers' handled all the steps on the latest episode, "Monkey Dance!"

To find the Route Marker clue, racers had dive deep down to the ocean floor. 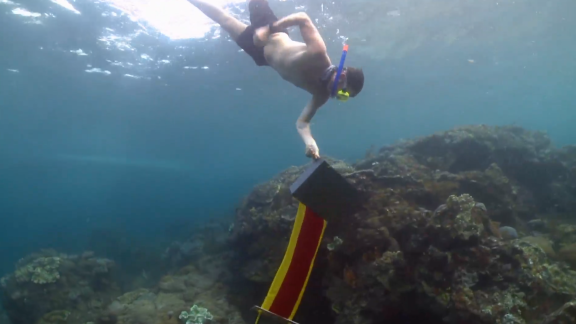 With the boxed clue located on the ocean floor, the teams quickly learned that retrieving it would be no easy task. Korey and Matt both struggled to find the exact location, but later realized it was raveled within the actual pipe. Tricky, tricky.

Some racers just couldn't wing the chicken Detour, but one particular pair handled it like pros. 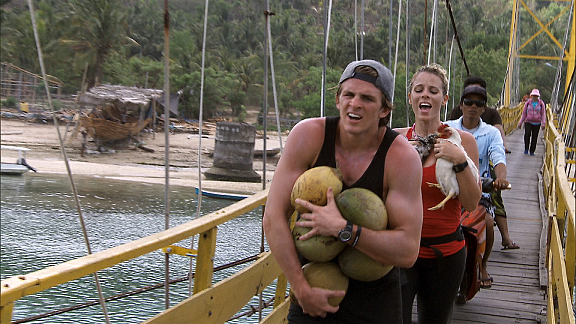 Rounding up the chickens in the "Hall" Detour proved to be tough, but Sheri knew the way to their hearts. She picked them up gently and made sure they felt her motherly love, which seemed to do just the trick.

Those chickens could feel it! https://t.co/iVq1Fljh3q


Carrying 50 coconuts was a nutty task. 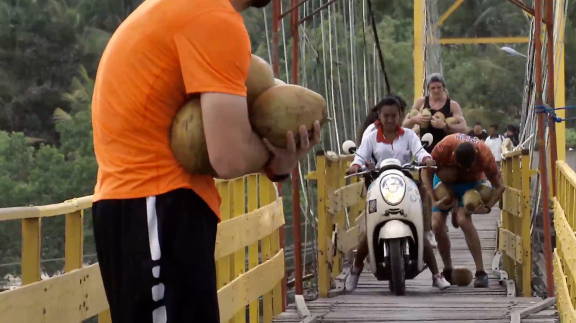 As you can see, Brodie and Kurt struggled to make it across the suspension bridge with their hands full of coconuts. They blamed their sweaty hands for making the task nearly impossible and Sheri mimicked their sentiment.


This season's double U-Turn was epic. 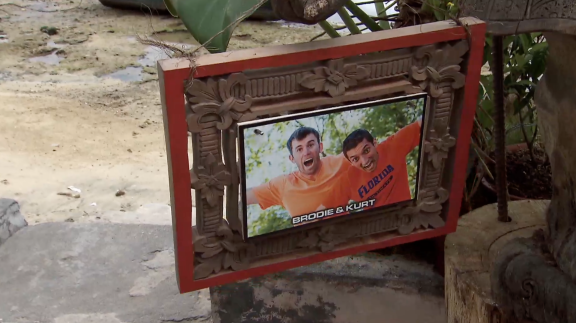 When Tyler and Korey arrived at the U-Turn board, they decided this was their opportunity to make a move on Brodie and Kurt.

U-turning Brodie & Kurt was such a tough decision because we really did love and respect all the teams. #AmazingRace #TeamTylerAndKorey 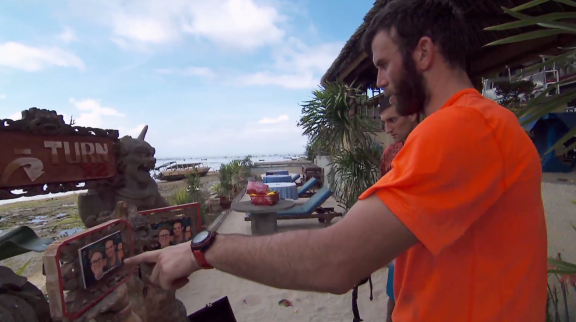 That said, it still didn't make the move any less devastating for Brodie and Kurt, who frantically headed back to the harvest seaweed after learning their unfortunate U-Turn fate.

We just wanted a shot to get back in the race. To eliminate a team without them being able to fight there way back, brutal.

It was the end of the road for one of this season's top teams. 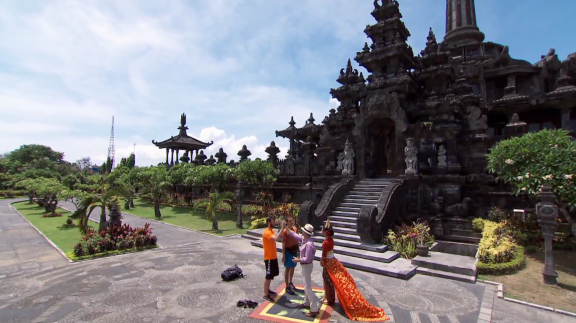 At the end of the leg, Tyler and Korey swept through to the No. 1 spot and right behind them  in second place was Burnie and Ashley.

Unfortunately, when Brodie and Kurt finally made it to the mat, they learned they were the last team to arrive, which meant the dreaded U-Turn had cost them another week in the game.

Watch the moment Phil told Brodie and Kurt the disappointing news that their Race was over:

How will the final four teams fare with the rest of the challenges in store this season?

Tune in to all-new episodes of The Amazing Race on Fridays at 8/7c.