Find Out Which Team Won Season 28 Of The Amazing Race

Learn which of the Final 3 teams took home the title and the $1-million prize
It seems just like yesterday that 11 teams of social media influencers left their homes for a race around the world.

Though, somewhere along the way, eight of those teams were eliminated, which left dancers Dana and Matt, mother and son Sheri and Cole, and best friends Tyler and Korey to duke it out for the top spot and $1-million prize.

Which of these Final 3 teams rose to the top as Season 28’s big winners?

Let's take a look back at highlights from the finale episode of The Amazing Race !

The final leg sent the remaining racers back to the states by way of a luxurious premium-class flight—a first ever for the show. The teams were living the high life and some even wore wigs to celebrate, but it wouldn't be much longer until the game picked right back up where it left off abroad. 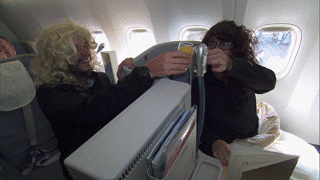 It took a leap of faith to grab the first clue. 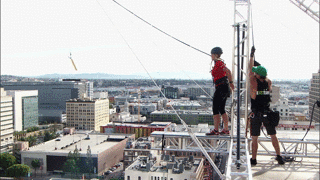 Back in California, a brave Matt, an emotional Sheri, and a flirty Tyler braved a 170-foot jump in hopes of snagging the yellow clue in midair. Cole cheered for his nervous mother, but she ended up falling short and having to give it another try, along with Tyler.

Meanwhile, Dana and Matt succeeded on the first shot, so they then took off by helicopter onto their next mission. 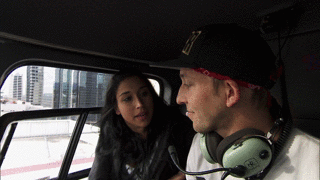 Locating the Theresa Ann boat wasn't smooth sailing for everyone. 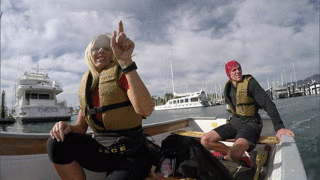 At first, Sheri and Cole thought Theresa Ann was a museum, but later learned it was a boat. However, once they located it and were on their way back to the marina, the duo intentionally led Tyler and Korey in the wrong direction by saying they found the clue at a point further away in the harbor. 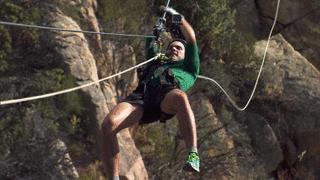 At Gibraltar Rock, the pairs had to work hand-in-hand—literally—to each pull their way along a rope by one moving vertically and the other horizontally. Yelling over each other from between the valleys, teams knew this could be the point in the leg that could make it or break their place in the race.

Tyler and Korey got stuck in the cab of their nightmares. 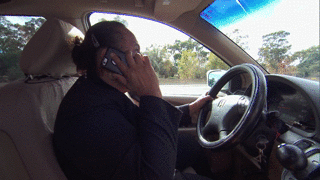 The friends grew more and more frustrated with their taxi driver when she couldn't follow their step-by-step directions and even pulled over to the roadside to regroup, which really ate into Tyler and Korey's precious time.

Remembering hashtags from the entire season had some racers moving fast and others craving wine. 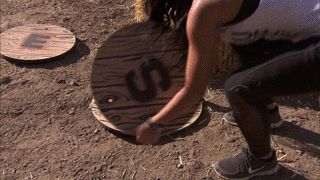 The second Roadblock of the leg sent the teams to Grassini Family Vineyards where they had to put together lettered lids to spell out hashtags taken from clues throughout the entire Race and correctly hang said lids on stacked barrels.

"I was born for this," said Dana, who explained that when she saw the hashtag clue back in the initial first leg, she knew there was more behind it.

Meanwhile, Sheri was on her way to the vineyards and shouted out, "I could use some wine!"

Phil was ready to see which team would make it to the mat first! 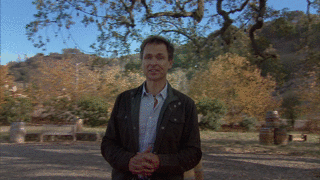 With all of the racers now currently at the Roadblock or beyond it, it would come down to a final sprint to the mat to see who would take home the big win!

The dancers rushed to their last Pit Stop of the Race and awaited the news they were hoping for! 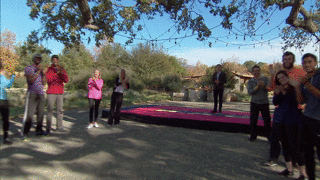 After traveling through 10 countries, 18 cities, and covering more than 27,000 miles by planes, trains, and automobiles, their journey came to a very happy ending.

Congratulations, Dana and Matt, the winners of The Amazing Race Season 28! 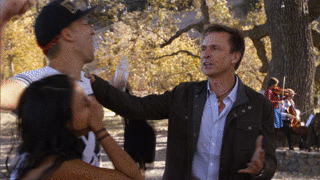 What about a 'lil celebratory dance to top off such an incredible journey? 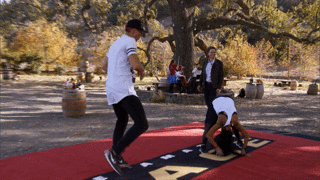 Hear what the Final 3 teams had to say following their epic experience on the show:

blown away by the love & support y'all showed #TeamTylerAndKorey all season long on #AmazingRace. what an incredible adventure. THANK YOU!!

Watch the season finale of The Amazing Race now!