11 Times The Racers Were Fast On Their Feet 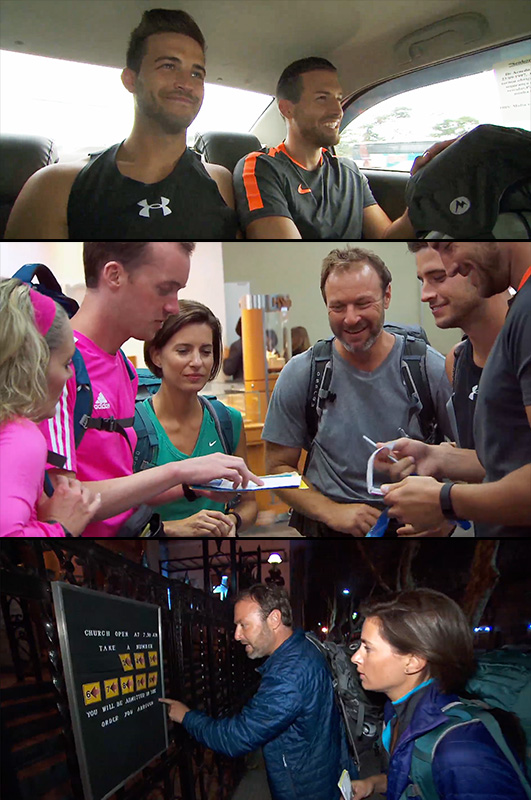 1. Traveling from Rio to Buenos Aires

After #TeamTMZ’s elimination in The Amazing Race season premiere, the remaining 10 teams strapped on their backpacks and raced from Rio de Janeiro, Brazil, to Buenos Aires, Argentina. Coming off of last week's big win, #TeamTexas led the pack toward the country’s capital with Express Pass in hand.

Check out 10 more times the racers were quick on their feet in Ep. 2. 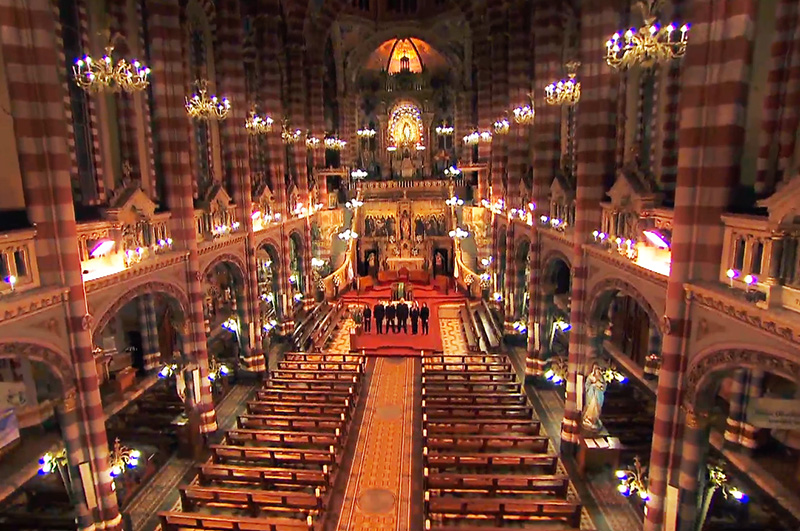 2. Leaving a serene environment for a bustling city

The first team to soak in the beauty of the House of Mary was #TheGreenTeam, who had to choose between two Detours that would have them running around the city all day.

Option A was "Cartoneros," which would require the teams to collect 100 kilograms of cardboard around the city, a task that 10,000 Argentineans accomplish each day as a way to make a living. Option B was "Fletero," which would task the teams with transporting a valuable statue to other side of town, where they would assemble it for the park director's approval. 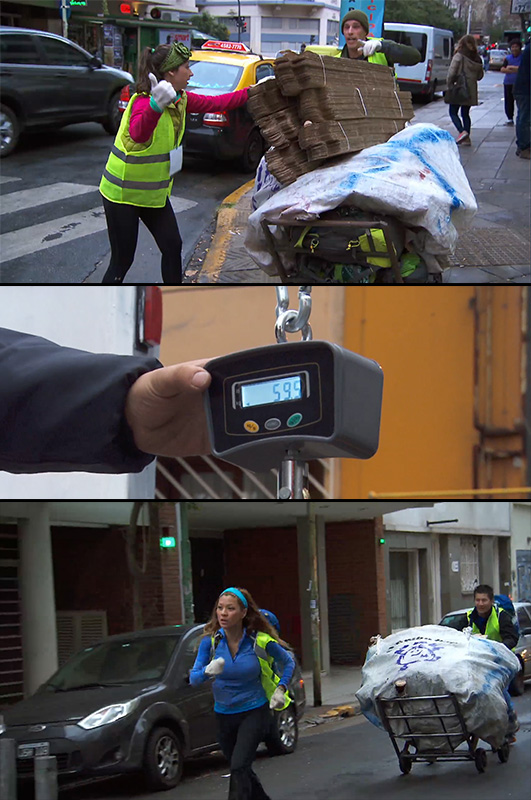 3. Nine teams took to the streets with Detour A, "Cartoneros"

All but one team chose to help clean the city—and, in no time, they learned that pushing a cart, digging through recycling bins, and searching for available cardboard was be no simple task.

There was one catch involved, though; there were only eight carts available, which meant one duo would be stumped when they arrived. 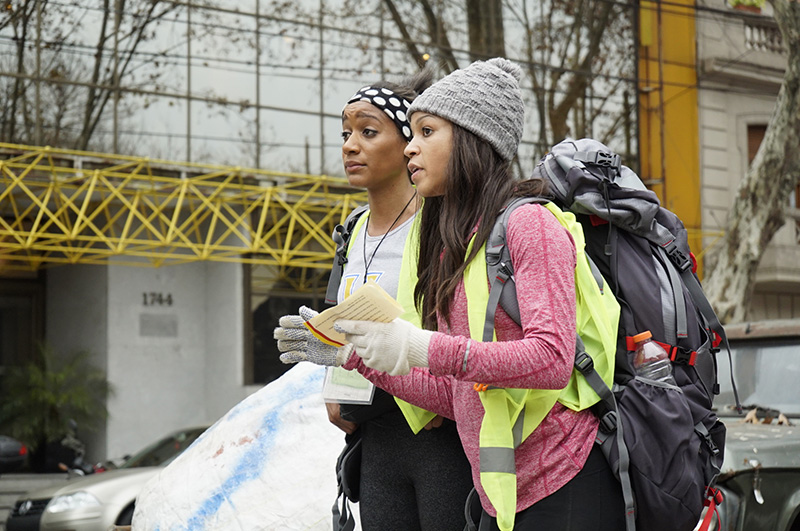 4. #TheTrackStars were ready to sprint with no cart to push

After being dropped off by a taxi, #TheTrackStars struggled to find an available cart to begin their Detour. Then, just as they reached their breaking point, #TeamTexas stepped forward to direct the ladies to where they left theirs. 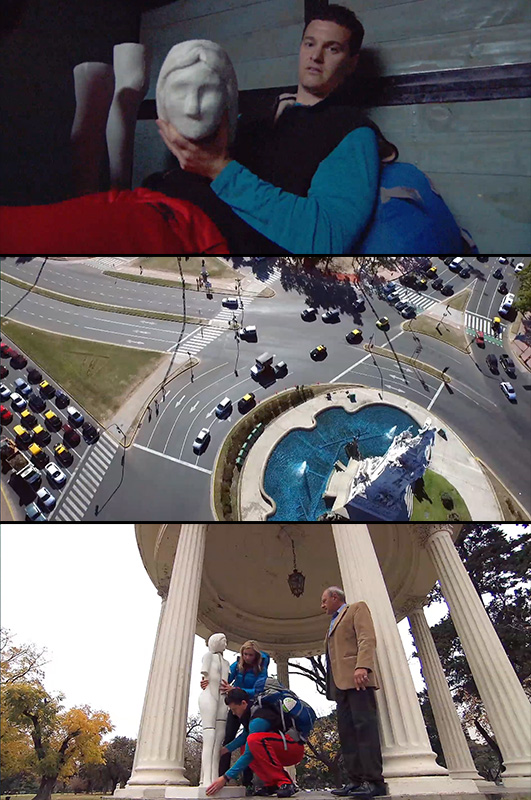 5. Only one team decided to tackle Detour B, "Fleteros"

#TheReporters didn't question which Detour had their names written all over it. The pair was totally gung-ho to transport a statue—with one of them directing the driver and the other in the back of the truck—and credited their attention to detail, ability to clearly follow directions, and that "one shot" mentality to successfully completing the challenge. 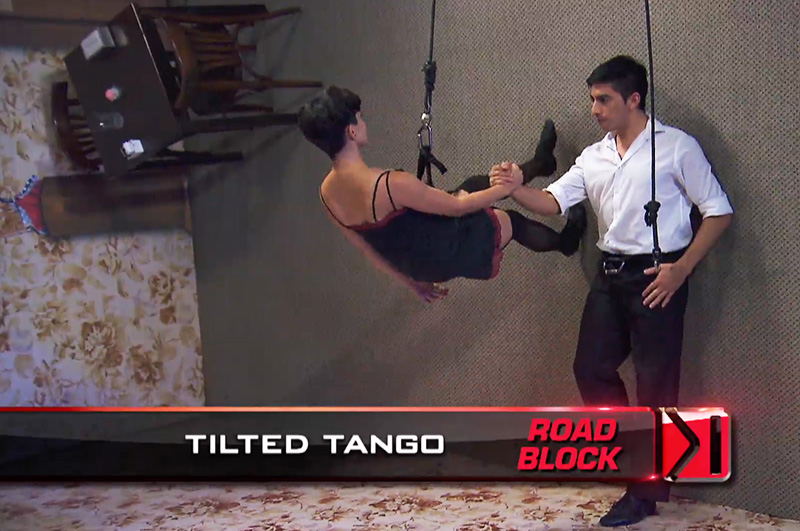 6. The Roadblock turned everyone sideways

With so many of the duos loving competitive sports, keeping active, and dancing as a profession, how hard would it be to bust out a little tilted tango? Let's just say these gravity-defying dance steps weren't as easy as they looked. 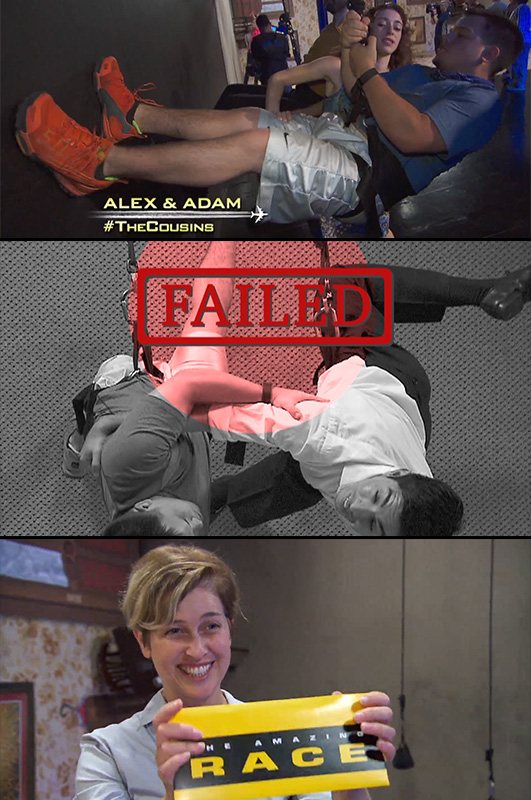 7. Alex had a pit in his stomach

When Alex (#TheCousins) took to the ceiling with his dance partner, his fear of heights hit an all-time high and his first attempt was less than successful.

But thanks to his teammate, Adam, who cheered him along the way and the safety of a harness for extra support, Alex nailed the tango on his second attempt and the pair were able to proceed toward the Pit Stop. 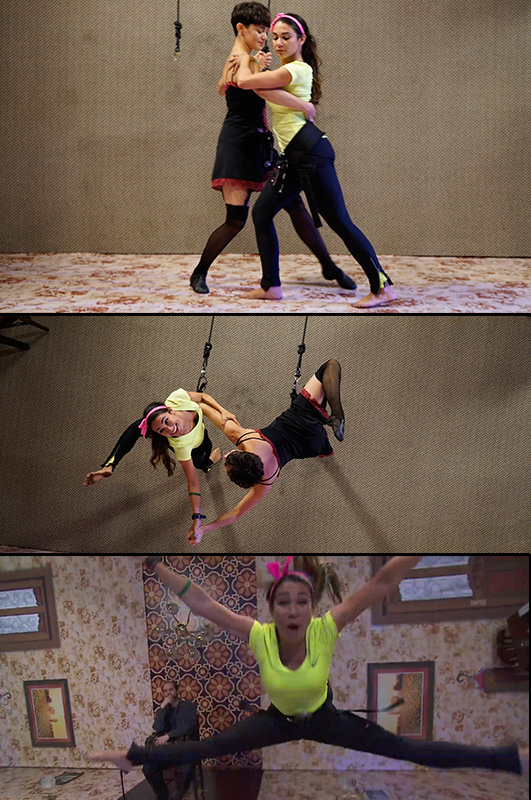 8. Krista brought out her best footwork

Even with experience in jazz, hip hop and ballet, Krista (#TheCheerleaders) knew performing the tango would prove to be challenging and couldn't image how someone with zero dance background could get through it easily.

By pointing her toes, arching her back, and even jumping into the air, Krista walked away from the Roadblock victorious. 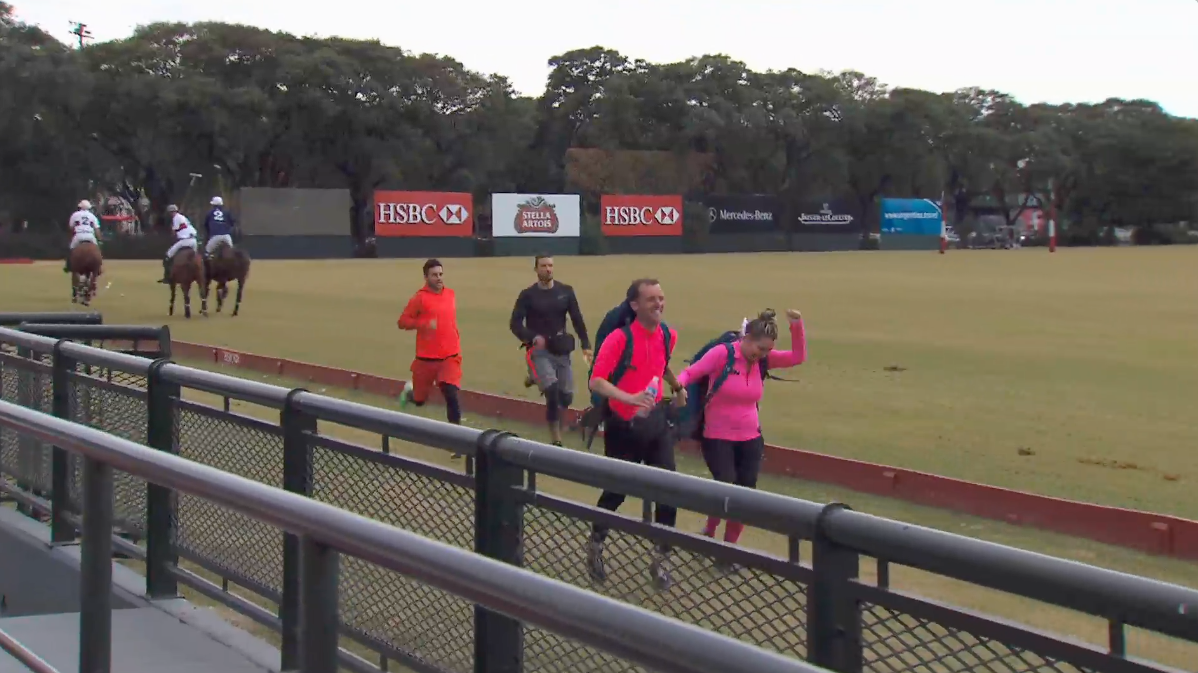 While #TheGreenTeam held tight to their lead at the end of Ep. 2, a few dedicated duos weren't far behind. In the end, #TeamTexas ended up inches ahead of #TeamAlabama, but not without injury. (Tanner pulled a hammy mid-stride and ended up limping across the finish.) 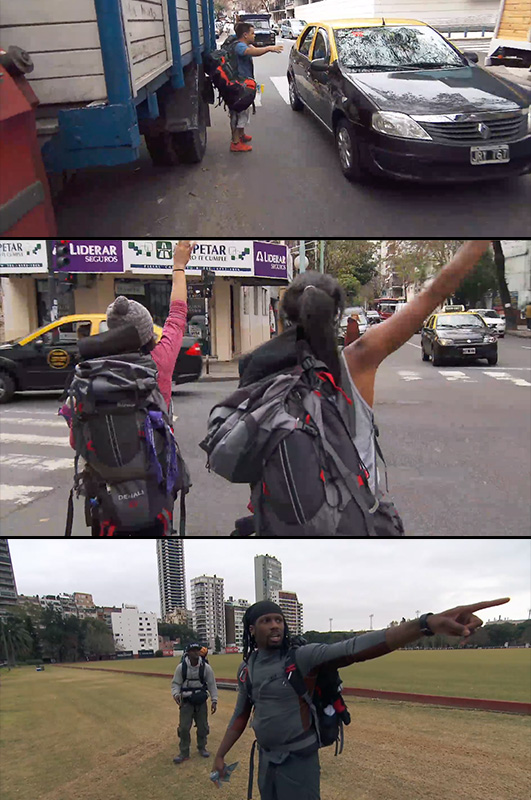 Catching a cab and navigating the city streets barefoot—yes, we're talking to you Jazmine—brought anxiety and frustration for multiple teams, including #TheTrackStars, #TheCousins, and #TheDancers.

However, filled with adrenaline, all the pairs were able to pick up speed and locate host Phil Keoghan at the Cathedral of Polo. 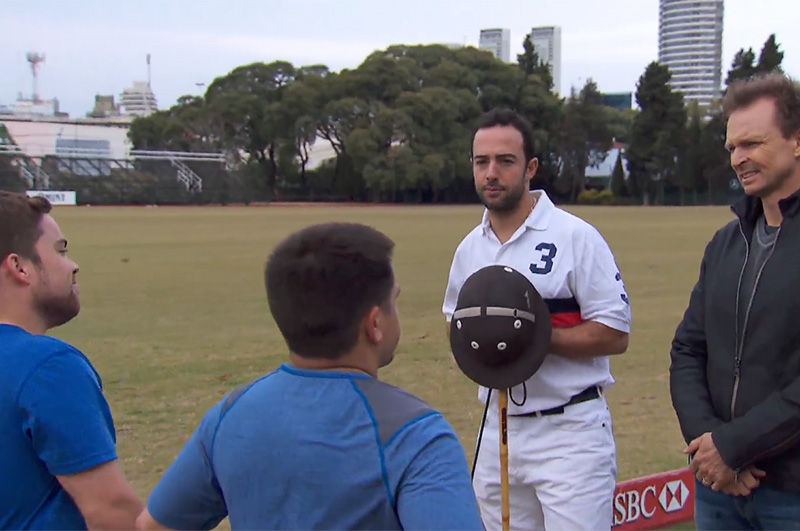 #TheCousins gave it all they had until the very end, but upon reaching the Pit Stop, Phil shared the unfortunate news that they had been eliminated.

"We gave this country our all," Alex said.

Adam added, "I'm really proud of everything we did."

Watch new episodes of The Amazing Race on Fridays at 8/7c.