Use the form below to send us your comments. If you are experiencing problems, please describe them.
Player Help | All Access Help
S1 E29
TV-Y7 23min  | 2000
Betty and the rest of the gang rescue Gleebo, a cute little alien who has crash-landed in Riverdale while trying to escape from two ugly aliens. Betty is easily convinced that she must help him hide from the aliens and get back to his planet. Little does she know that Gleebo is an escaped space convict - and the two ugly aliens are planetary police! Betty learns the hard way not to judge a book by its cover. (TV-Y7) Air Date: Feb 4, 2000
Now Streaming 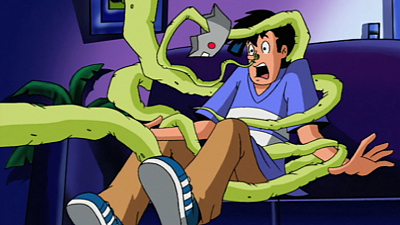 Subscribe
S1 E1 Oct 02, 1999
Attack of the Killer Spuds
An alien invasion turns Riverdale teenagers into zoned-out couch potatoes, while sentient space potatoes mutate to replace them as vegetable zombies. It's up to Archie and Dilton to free their friends from the spell of the Great Potato and save Riverdale from the killer Spuds! (TV-Y7) 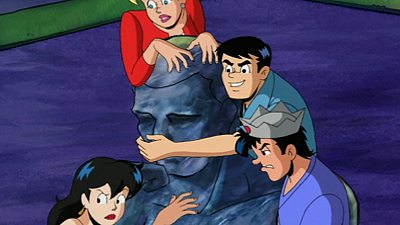 Subscribe
S1 E2 Oct 09, 1999
Driven to Distraction
Archie buys a pair of mystical fuzzy dice for his beloved car, Betsy, and unwittingly brings her to life when he hangs the dice on her rear-view mirror. Soon Betsy takes on a life of her own. She becomes horrifyingly demanding of Archie's time and extremely jealous of Archie's friends. Archie must stop Betsy's reign of terror before she destroys his friends and his driving record! (TV-Y7) 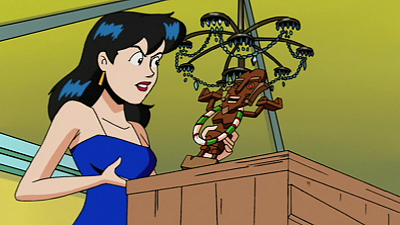 Subscribe
S1 E3 Oct 16, 1999
Me Me Me!
Reluctantly preparing donations to the local museum for her father, whiny and self-centered Veronica gets a taste of her own medicine when she wishes that everyone be like me. Little does she know that the talisman she holds in her hand as she makes her wish, possesses magical powers. Soon Riverdale citizens are turning into whining Veronicas! Archie and the gang must find the talisman before they too are changed into Veronica! (TV-Y7)

Subscribe
S1 E4 Oct 23, 1999
Invisible Archie
In an effort to catch both Veronica and Betty's attention, Reggie attempts to steal some of Dilton's physique enhancing solution. When Archie tries to stop him, they both get accidentally splashed with the liquid. Instead of their physiques becoming enhanced, they turn invisible! While Reggie uses his invisibility to play practical jokes on people, Archie must get Dilton to create an antidote to reverse the effects. (TV-Y7) 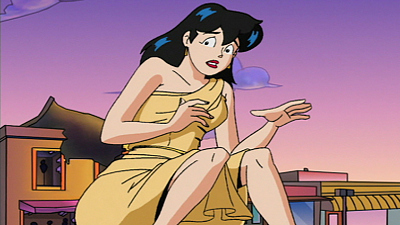 Subscribe
S1 E5 Oct 30, 1999
Attack of the 50-foot Veronica
Veronica treats Jughead like an outsider and excludes him from her guest list for a pool party she's throwing, on the basis that he's different. She soon finds herself in the same position, when Dilton's experimental growth ray turns her into a 50-foot giant! Soon, all of Riverdale is running away from her in fear, and the National Guard is coming after her with tanks! The only one who doesn't flee from her is Jughead. Veronica learns a valuable lesson: never look down on people who are different than you-even if you are fifty feet tall! (TV-Y7) 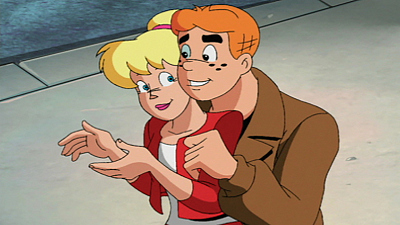 Subscribe
S1 E6 Nov 06, 1999
The Haunting of Riverdale
Riverdale citizens are scared into a state of shock, being found clutching overdue library book notices. Archie discovers that the horrifying ghost of the old head librarian haunts the Riverdale library, continuing to perform her library duties from beyond the grave. High on her list is Jughead, who has a book that's been overdue for more that ten years! Will he pay the ultimate fine for his tardiness? (TV-Y7) 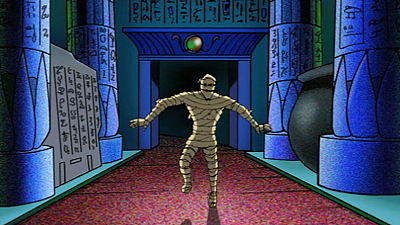 Subscribe
S1 E7 Nov 13, 1999
The Curse of the Mummy
Archie and Jughead get locked in the Riverdale museum with a mummy inexplicably determined to get revenge against our boy hero. Can Archie figure out what he did wrong and make it good before the mummy wreaks his vengeance? (TV-Y7) 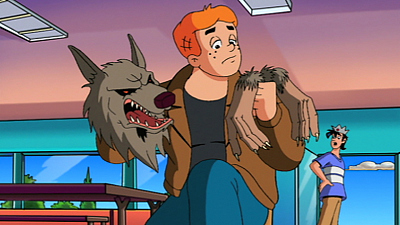 Subscribe
S1 E8 Nov 20, 1999
Fleas Release Me
When practical joker Reggie scares Archie with a wolfman mask, his prank backfires! Reggie becomes the natural suspect in a rash of werewolf attacks. Can Archie solve the case, cure Reggie of his dangerous japes and straighten out his own love life before the full moon wanes? (TV-Y7) 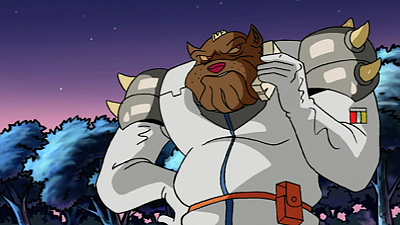 Subscribe
S1 E9 Nov 27, 1999
The Jughead Incident
Government agents are convinced by Jughead's eccentric behavior that he is an advance scout for an alien invasion fleet. Will Archie be able to find the real alien before Earth is invaded and save Jughead from a dreaded Government interrogation? (TV-Y7) 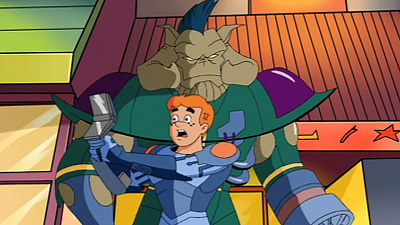 Subscribe
S1 E10 Dec 04, 1999
Virtually Evil
Evil monsters from a virtual reality game break out and materialize in Riverdale! It's up to Archie and the gang to save the day before the creatures scan Riverdale and its inhabitants into the game grid. (TV-Y7) 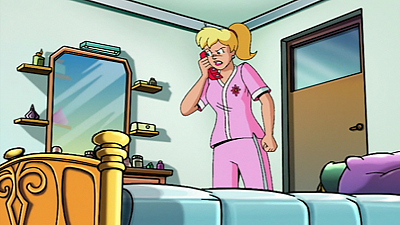 Subscribe
S1 E11 Dec 11, 1999
Zombies of Love
Veronica doesn't think that Archie dotes on her enough, so she visits a witchy woman who gives her a magic potion. The plan backfires when Archie becomes too attentive, driving Veronica crazy! When others sample the potion, and they too turn into annoying intrusive zombies who won't leave her alone! (TV-Y7) 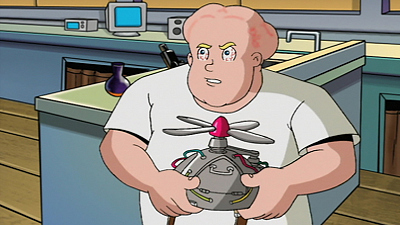 Subscribe
S1 E12 Dec 18, 1999
Brain of Terror
Moose is close to being cut from the football team unless he is able to bring his grades up. Dilton zaps him with a smart ray that makes him instantly smart and soon Moose is passing all of his classes. He even gets invited to join the Academic decathlon team. In order to keep up, Moose zaps himself again. Soon he turns himself into a mad genius who must suck the psychic energy from Riverdalians in order to feed his growing brain. Archie and the gang must stop Moose's brain-feeding frenzy and bring him back to normal, and help him realize there are no shortcuts to learning. (TV-Y7)
Show More