Big Brother will also continue its successful run as summer series on the CBS Television Network.
Big Brother fans have reason to rejoice because the fun won't stop when Season 18 finales on Wednesday, Sept. 21.

Instead, soon after the latest winner is crowned, a new digital edition of the series will kick off this fall exclusively on CBS All Access!

This extension of the series will be developed exclusively for digital audiences and will mark CBS All Access' third exclusive piece of content for the premium service, including other upcoming original series Star Trek: Discovery and the spinoff of The Good Wife. 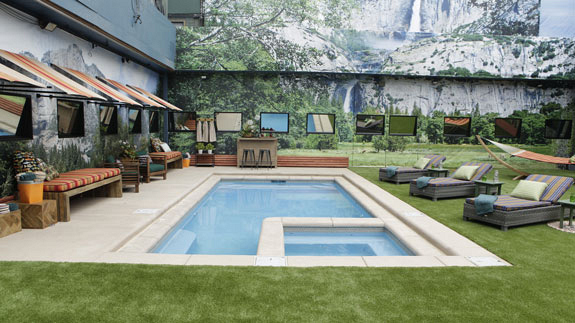 "Big Brother is an incredible success on the CBS Television Network and has always been ahead of its time when it comes to fan engagement," said Marc DeBevoise, President and Chief Operating Officer of CBS Interactive. "Already, the Big Brother Live Feeds are some of the most popular content on CBS All Access and with this new digital edition we will explore ways to reimagine this format for multi-platform audiences."

The new digital edition of Big Brother for CBS All Access will be produced by Emmy Award-winning producer Allison Grodner and Rich Meehan for Fly on the Wall Entertainment, in association with Endemol Shine North America.

Big Brother host Julie Chen will also be part of the digital edition.

WATCH: Julie Chen sits down with Jeff Schroeder on the Big Brother After Show

Plus, Big Brother Season 18 will continue to stream all summer on Wednesdays and Sundays at 8/7c, and Thursdays at 9/8c on CBS and CBS All Access.