Scott Breaks Up Shane And Danielle On Big Brother: Over The Top


While we try not to drown in Shane's blue eyes as they well up with tears, let's storm through some of the most emotional moments from the latest episode.

WATCH: Full Episode 3 of Big Brother: Over the Top

After a week of scheming against the showmance, Scott, the Virgin King, and his harem of Ball Smashers—aka Shelby, Morgan, Whitney, and Alex—couldn't wait to backdoor the long-haired roofer and put an end to the BB:OTT PDA once and for all.

With Danielle being America's Nominee this week, some of the Late Night Jamboree—Kryssie, Jason, Justin, and Neeley—weren't entirely sure which half of #Shanielle was going to be given their walking papers, which only caused tensions to rise between each side of the house.

Plus, it didn't help that Scott put Neeley and Kryssie on the block. The rocker was less than pleased to find herself nominated for the third week in a row and wasn't shy about giving the current HOH a piece of her mind. 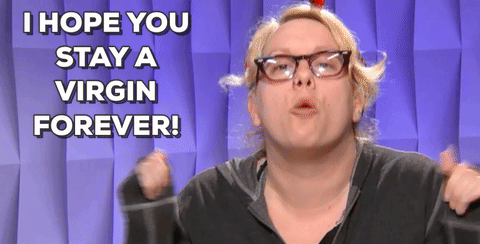 Come to think of it, Scott rubbed A LOT of people the wrong way this week. And we're not just talking about the saucy lapdance he gave Whitney for her birthday.

The Big Brother superfan wanted to make big moves during his HOH, but, as a result, he might be scrubbing the blood off his hands for many weeks to come—assuming he makes it that long, of course.

More on that later.

Once the votes were cast, it was a tie between Shane and Danielle, so it all came down to Scott, who seemed to chomp at the bit to give Shane the boot.

Not so fast, pal. The Late Night Jamboree was down, but not out. You can take our Shane, but you can never take our freedom! Wait a sec. That's not right. 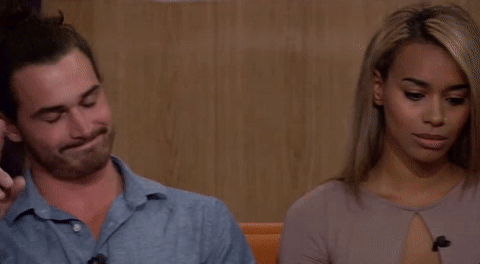 Danielle actually took the news like a champ, but Kryssie couldn't hide her growing rage, which was impossible to ignore when Scott tried to give her a hug after the Live Eviction ceremony and she refused.

Not only did she refuse, but she sorta recoiled and Scott couldn't understand why the Chicago rocker was giving him the cold shoulder.

While the rest of the Houseguests prepared for the next HOH competition, Kryssie and Scott exchanged some choice words about Shane's departure and how the debt collector handled the blindside.

If we had any hope that Kryssie and Scott would eventually hug it out in the end, that quickly faded when she rubbed her sweaty armpits all over his pillows. We hope he isn't susceptible to pink eye. 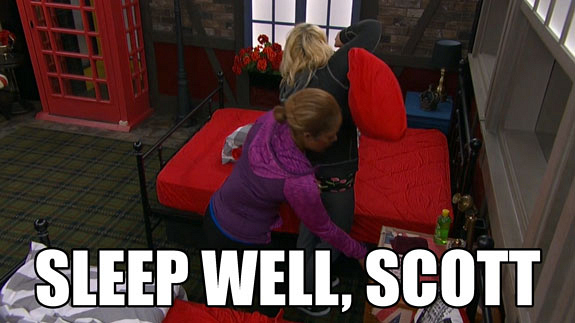 Knock, knock. Who's there? It's your boy, Paul!

The BB:OTT Houseguests definitely weren't pissed to see a familiar face, though some of them were still grumbling about the results of the Live Eviction.

Luckily, the BB Muffin man and his pal, Pablo, injected some well-needed friendship into the house before leading the remaining HGs into the backyard for the next HOH competition called "Perfect ShOTT." 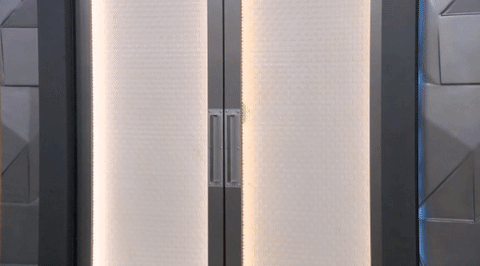 Who threw the winning shOTT and secured the title of HOH for the coming week? Check out the Big Brother: Over the Top Live Feeds.