Neeley Did NOT See The Sister Twist Coming On Big Brother: Over The Top

Here's what the latest evictee had to say about her fellow BB:OTT Houseguests and her last 24 hours in the house.
Just because you're evicted from the Big Brother: Over the Top house doesn't mean the twists stop coming, as evidenced by Neeley's reaction to what Julie Chen revealed following the Texas sales associate's departure from BB:OTT.

But, before we get to that, let's see what the latest evictee had to say about her last few days in the game and, ultimately, her eviction from Big Brother: Over the Top.

During her post-eviction interview with Julie, Neeley learned that America was the deciding vote in giving her the boot over Scott this week. Was she surprised they voted to keep him and evict her?

"Yes and no," Neeley said. "Scott is a huge, huge Big Brother fan; he's a superfan, he knows the game, and he knew how to work it to stay in the house."

"I don't think America necessarily likes him more or hates me more or anything like that," Neeley added. "I just think, as far as the game is concerned, they want to see someone like Scott, who is trying to be an 'Evil baby Dick,' even though he couldn't even lick his ankle sweat."

Indeed, Scott's boisterous response to Neeley's eviction was contentious, to say the least—especially for Danielle, who railed into Scott for it after the fact—but Neeley took it in stride and conceded that America is simply enjoying the clear divide between the house.

"They're calling every shot, honey; they're letting us have it!" she said, laughing.

Neeley also revealed who she thinks has the best chance of winning this season: Whitney and Jason.

"Whitney because she is the house sweetheart," Neeley explained, adding that Whitney probably isn't as sweet and genuine as she appears. "I think it's a strategy."

But a good strategy, Neeley confessed.

"I had a similar game plan. I wanted to be cool with as many people as possible [and] not make enemies. Just play a really friendly, fun game until I absolutely had to start being a little baby shark."

WATCH: Full Episode 4 of Big Brother: Over the Top 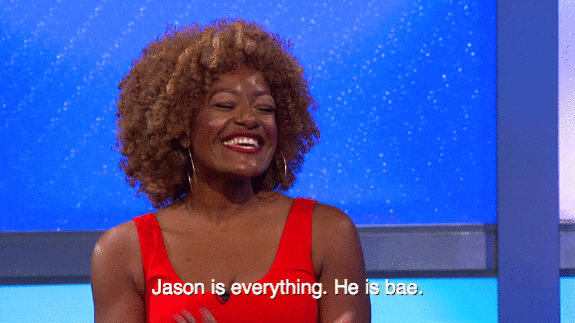 During the interview, Neeley also said Morgan was The Ball Smasher she trusted the most and that she may've tried to bridged the house gap with her down the line.

However, the 33-year-old was positively shocked when Julie told her that Alex was Morgan's older sister!

You think you know a person! But, as Julie always says, when it comes to Big Brother, "Expect the unexpected."