A Superfan Kisses Big Brother: Over The Top Goodbye

With loyalties shifting in the game, one Houseguest found themselves as a common target.
In case you missed Episode 5 of Big Brother: Over the Top, Danielle tried to make the most of her HOH, especially since Shelby received this week's Care Package, which allowed her to eliminate three votes from the eviction ceremony.

WATCH: Full Episode 5 of Big Brother: Over the Top

While the house remained divided into two factions—Late Night Jamboree (Danielle, Kryssie, Justin, Jason) vs. The Ball Smashers (Shelby, Alex, Morgan, Whitney)—some Houseguests started to play both sides, which resulted in both groups banding together to take out a united target: Scott.

The self-proclaimed Big Brother superfan had a good run in the BB:OTT house and, over the past five weeks, was able to cross off a bunch of items from his BB bucket list. Take a look!

Though relatively unassuming when he first entered the BB:OTT house, in recent weeks, Scott didn't shy away from stirring the pot with his fellow Houseguests. Let's remember when he...

While Scott might not have been the most popular person in the Big Brother: Over the Top house, the 24-year-old debt collector was convinced he'd made some great friends from the experience and left the game with a smile. 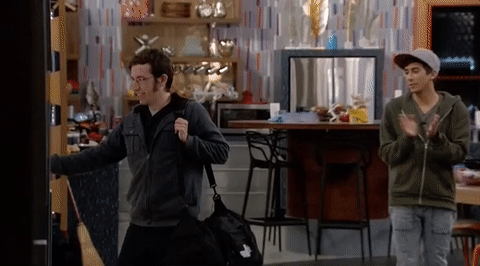 After the remaining Houseguests watched Scott's portrait fade on the memory wall, it was apparent some alliances had shifted.

In case you forgot, Danielle had previously used the Power of Veto to take Whitney, an alleged adversary, off the block, which sent a message to Alex, Morgan, and Shelby that the Southern medical assistant had likely turned her allegiance toward LNJ.

Now that it looks like The Ball Smashers are down a member (plus Scott), which alliance holds the power this week? While we mull that over, we're going to let Justin dance us out. 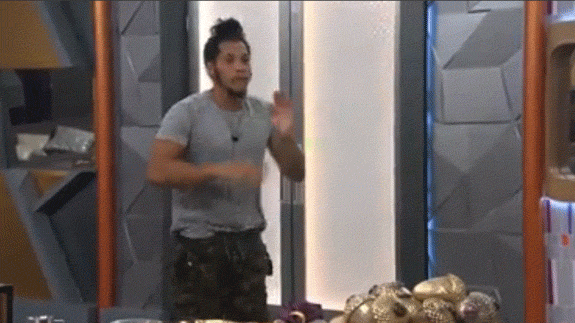