Best Examples Of Resting Shelby-Face On Big Brother: Over The Top 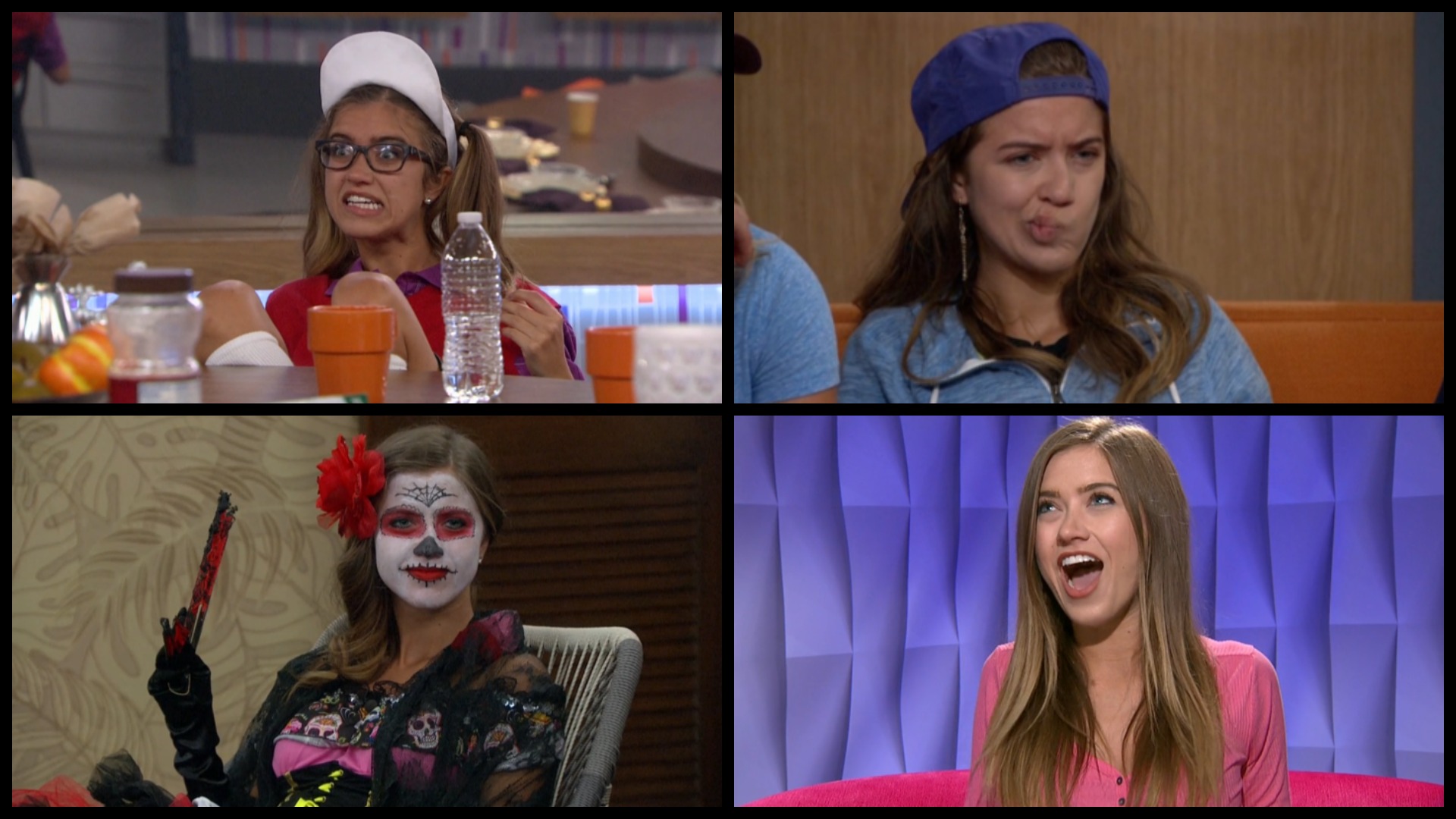 Ever since Shelby entered the Big Brother: Over the Top house, her emotions have been written all over her face. The 24-year-old started the game with a grin, but underneath her smile and signature laugh, she carried a pretty big secret in her back pocket—she was a recent law-school grad, not a waitress, which is what she initially told her fellow BB:OTT Houseguests.

Part of Shelby's original strategy was to trick the others into thinking she wasn't the brightest bulb when, in fact, her high intelligence and critical thinking skills would definitely help with her social and mental gameplay. The plan worked because Morgan and Alex were totally shocked when Shelby revealed her secret to them during her recent HOH reign.

One thing's for sure: Shelby keeps Live Feeders entertained with each silly expression, proving that even brainiacs don't have to take themselves too seriously. 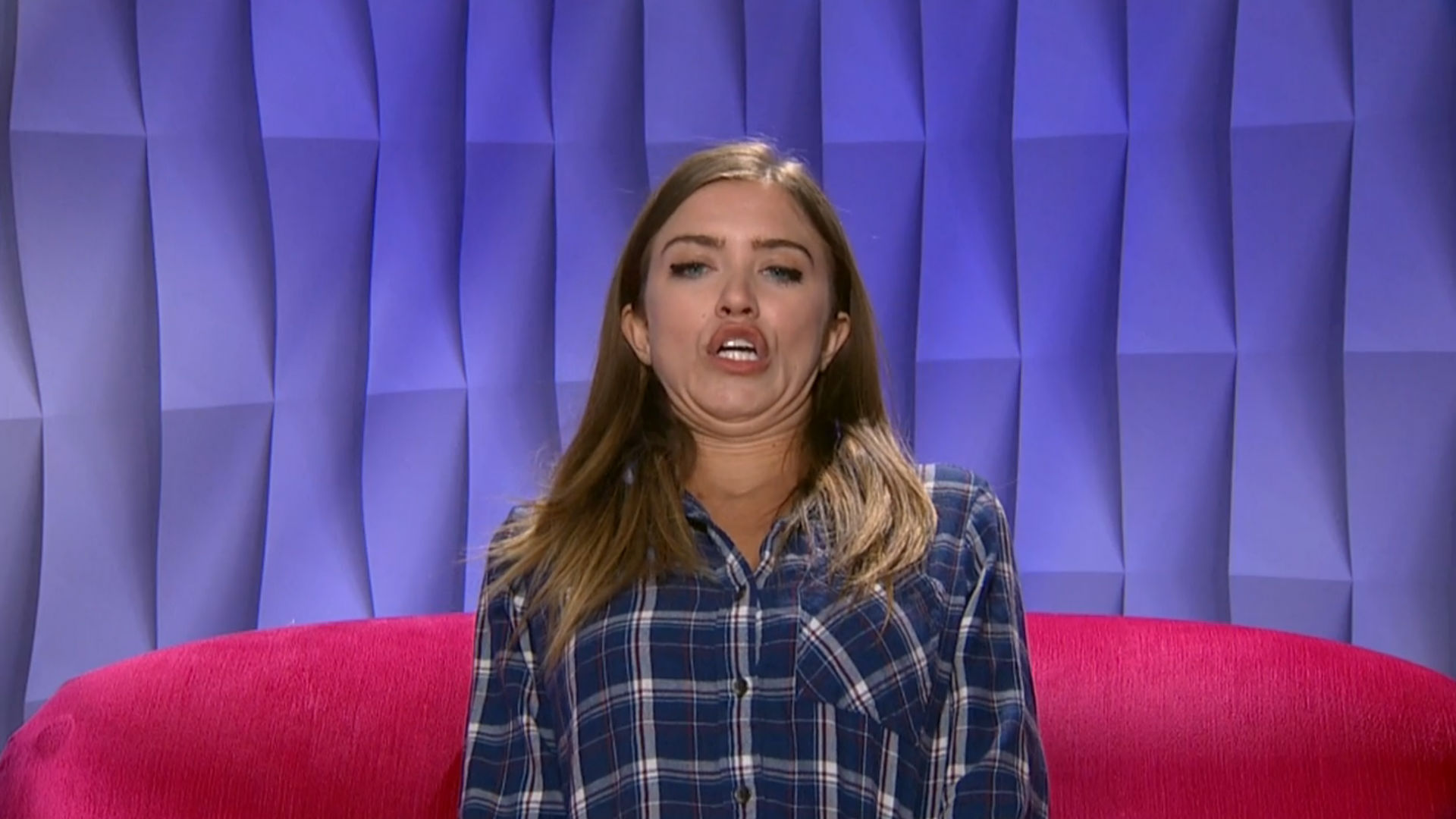 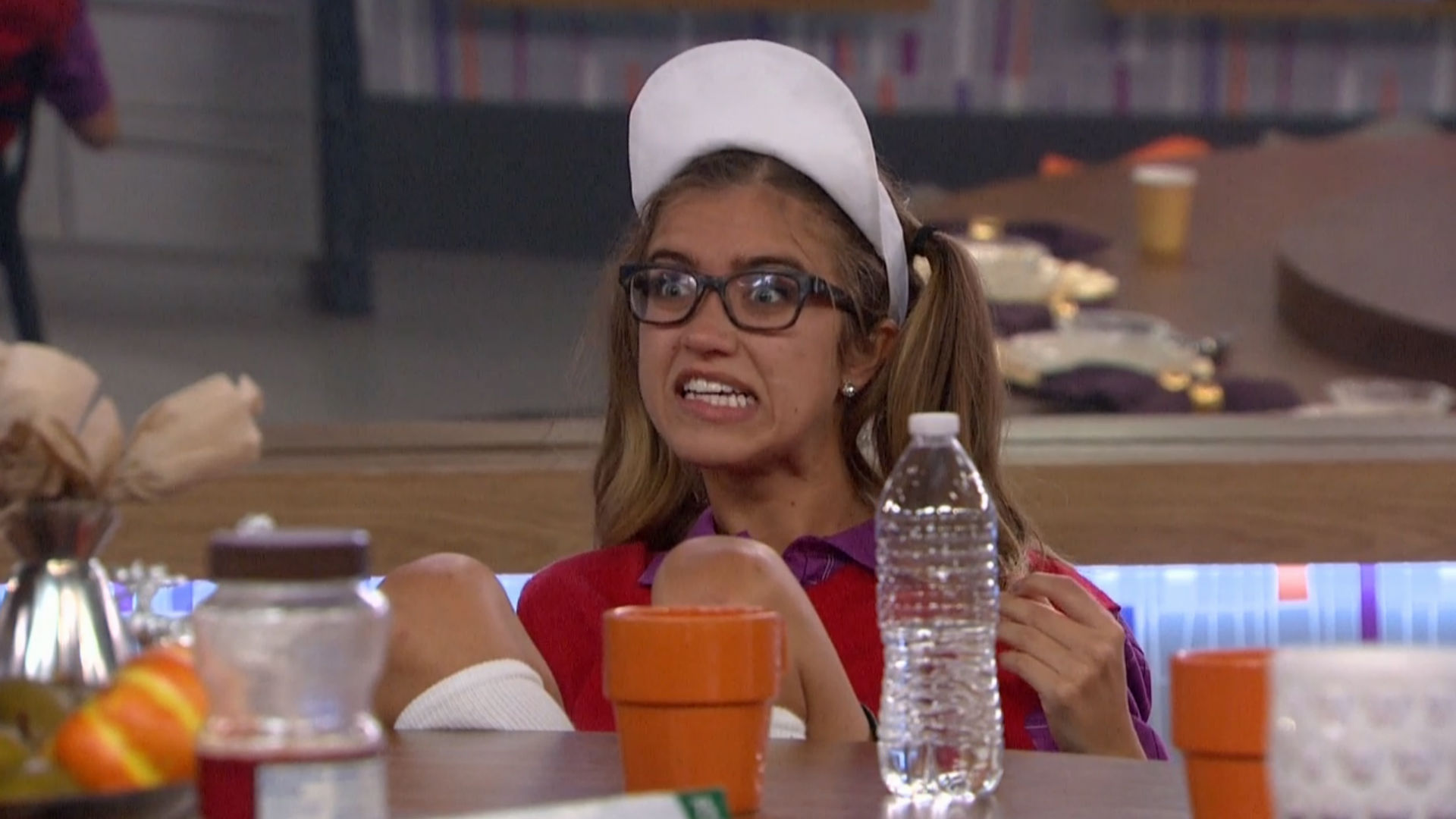 After the "Veto For Sale" POV competition, Shelby had to endure the punishment of wearing a caddy outfit while lugging around a heavy case of golf clubs all week long. Though it wasn't the worst of the penalties, Shelby couldn't hide her frustrations when sporting the country club attire. 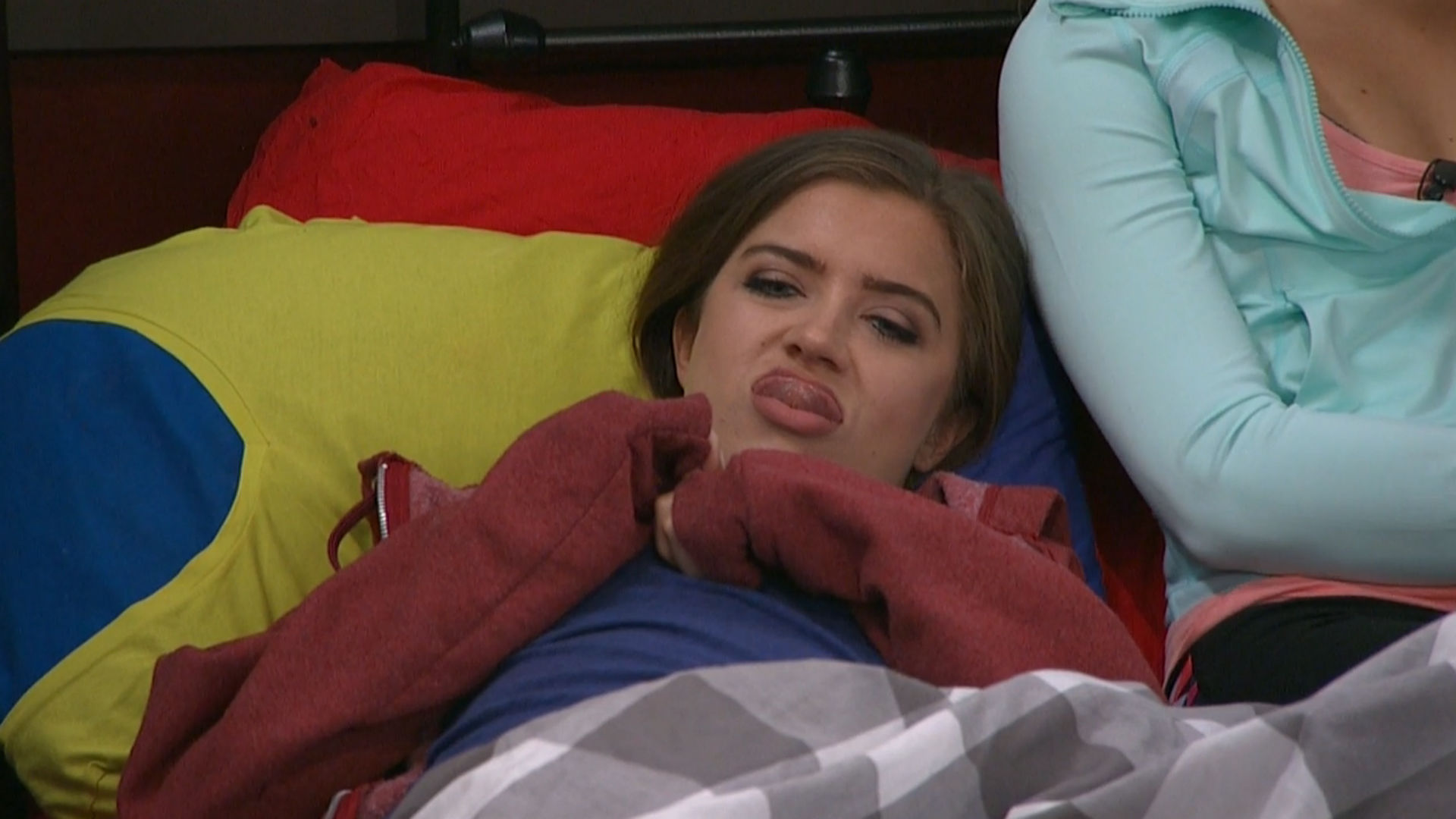 During Week 3, Shelby was voted an America's Have-Not and had to suffer through the classic punishments of slop, cold showers, and uncomfortable sleeping arrangements.

The first two restrictions are reason enough to rage, but when you couple that with sleeping in the same room as her least favorite Houseguest, Danielle, while she made out with her then-BB boyfriend, Shane, it's no wonder Shelby looked particularly miserable that week. 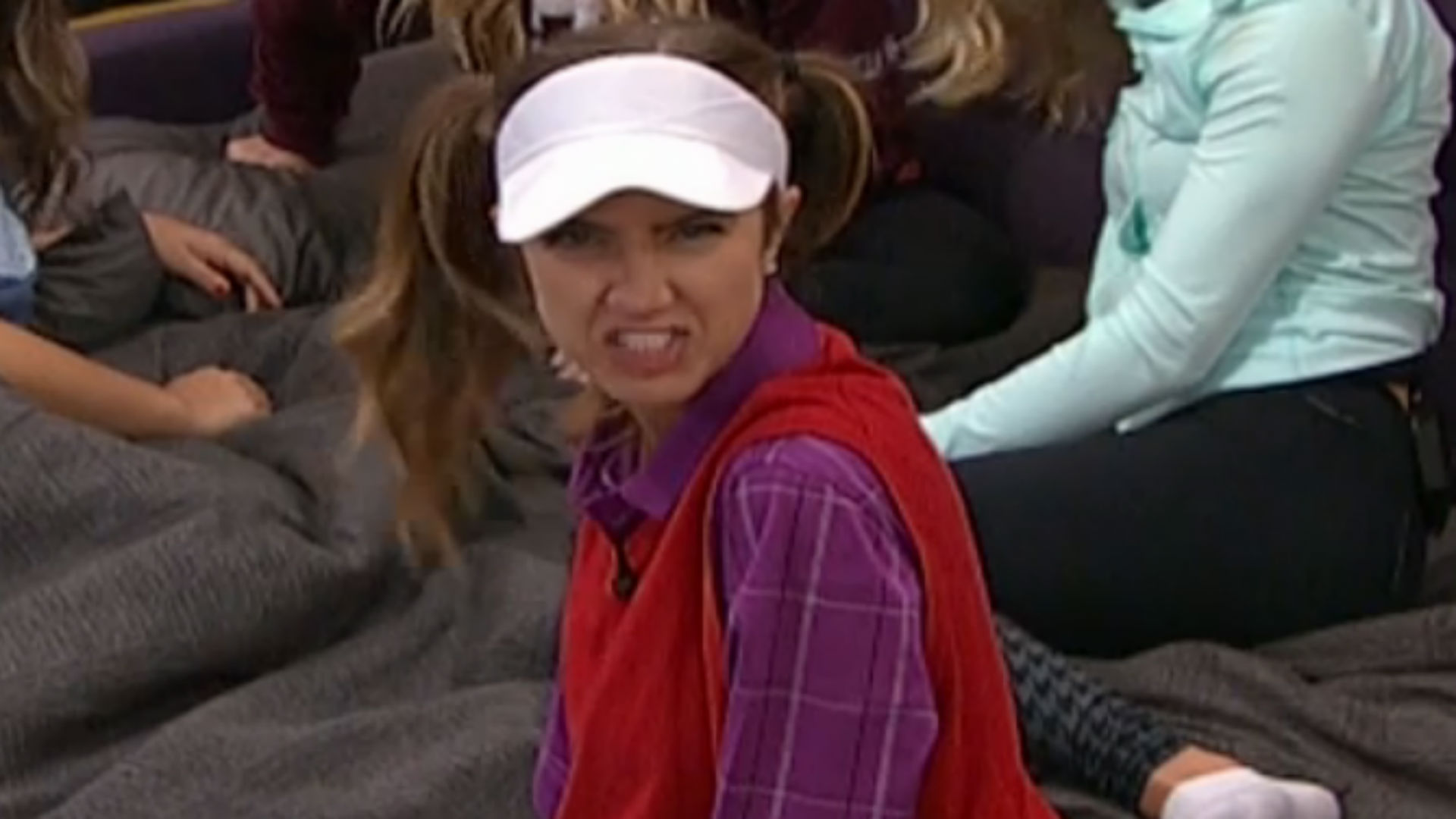 Since the beginning of Shelby's Ball Smashers alliance with Morgan, Alex, and Whitney, this legal eagle has stayed true to her fellow team members and the meaning behind their moniker. No wonder she has zero problem giving this Blue Steel-worthy stare to the cameras. 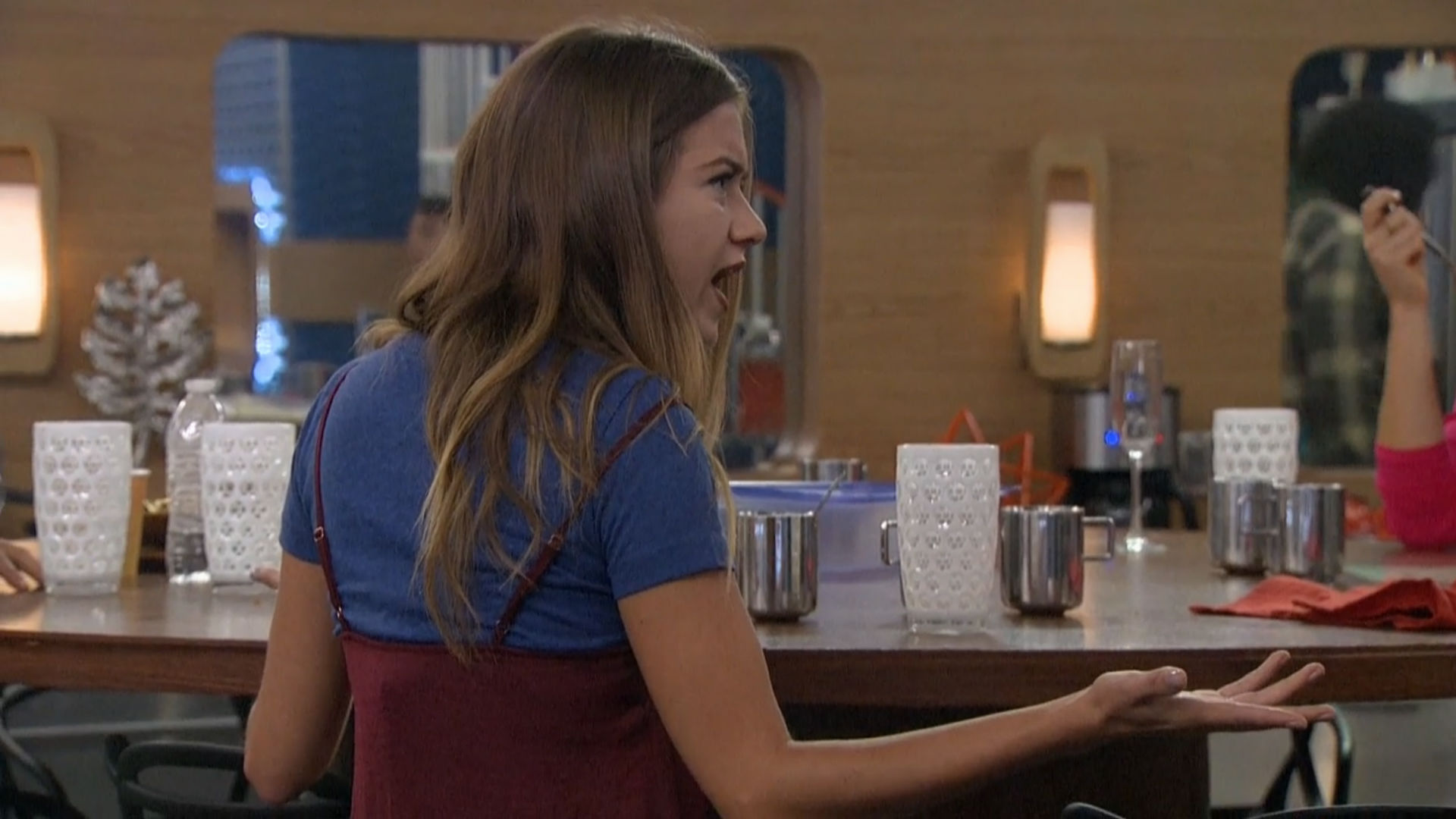 Shelby and Jason have experienced a love-hate relationship since they both walked through the BB:OTT front doors, but tensions really started to rise when J.Roy and his Late Night Jamboree crew started hiding Shelby's favorite chocolate, Krackle mini-bars, so she couldn't indulge in the rice crispy goodness. 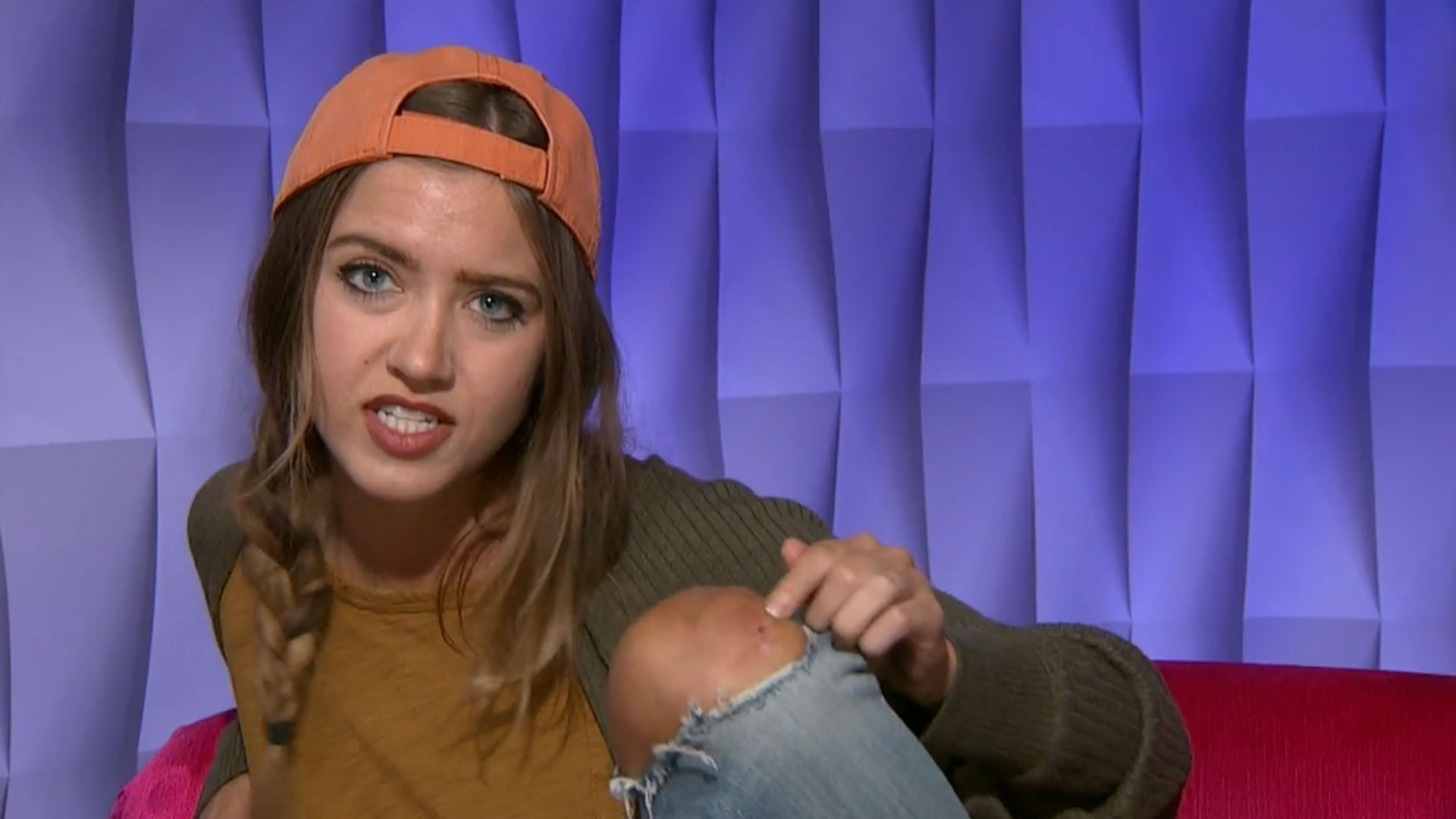 Along with a few of her other Houseguests, the "Wall Of Shame" POV competition left Shelby with some battle scars and another goose egg in comp wins. Thankfully, the loss seemed to fuel a newfound competitive side. 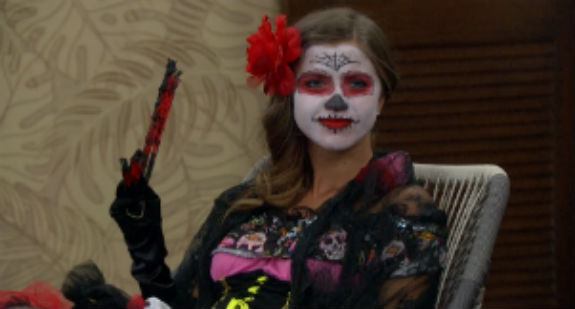 Day Of The Deadpan Face

When the remaining Houseguests embraced the Halloween spirit, Shelby chose this gorgeous skeleton costume as an homage to the Mexican holiday, Dia de Muertos, which translates to "Day of the Dead" and is intended to honor ancestors who have passed away. 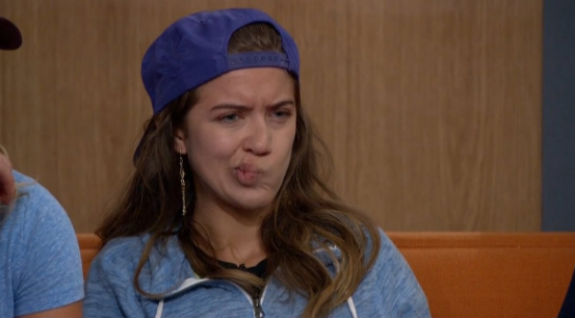 On The Block Smirk Face

Shelby seemed somewhat surprised to be nominated during Danielle's HOH reign, especially after presenting a deal to work together in the future.

Try not to bite your tongue too hard, girl. 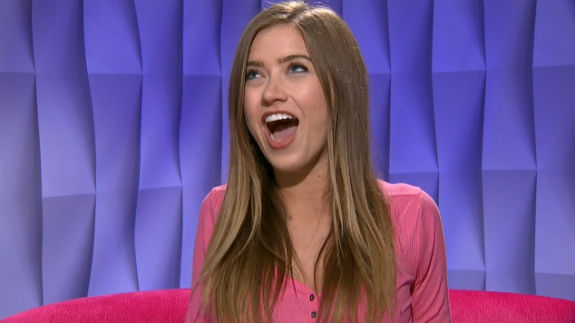 The incognito bookworm slithered to the front of the "Freshman Class" HOH competition and surprised many of the other Houseguests with an astounding record-time victory. 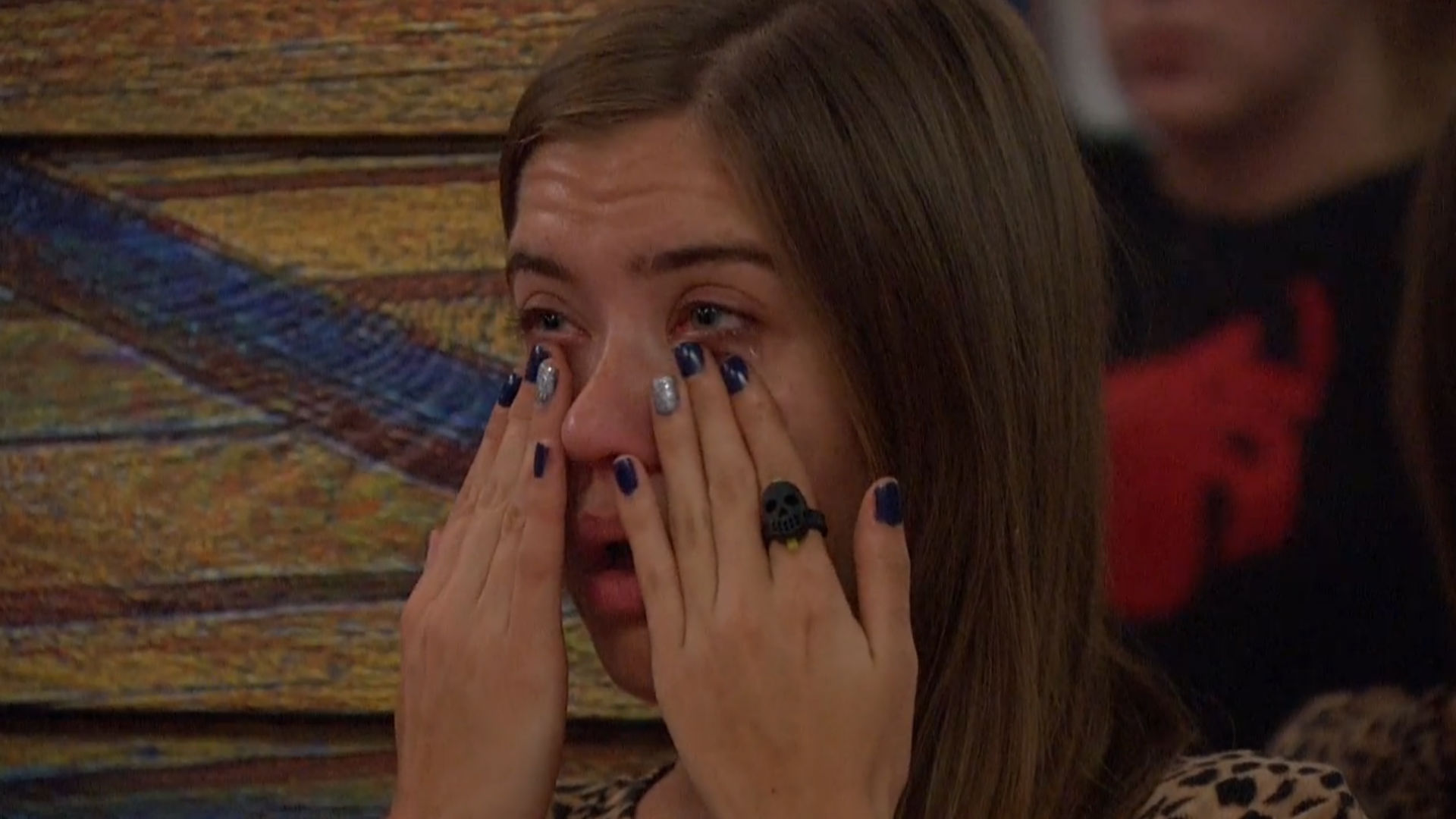 Shelby was caught by surprise during Week 7 when Jason received America’s Care Package and was named co-HOH alongside her.

Not only did this mean she'd have to share her HOH room with her best frenemy, but she'd only be able to nominate one Houseguest for eviction.

Cheer up, Shelby! Maybe you’ll have better luck next week.