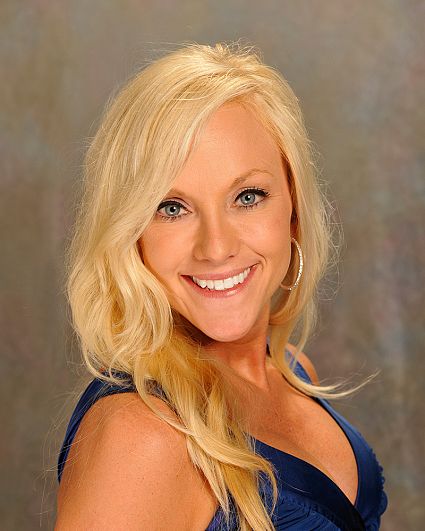 April
Biography
April graduated from Doane College in Crete, NE with a Bachelor's Degree in Sports and Fitness Management. She is currently working as a Financial Manager at a car dealership and does well in this "man's world".

She admits to being OCD and can't sleep at night if the bottles in the refrigerator aren't lined up properly.

April's mother has always been there for her though they do have occasional differences of opinion. She describes her father as her "rock" and says he is her number one supporter. She has an identical twin sister, who is pregnant, and both have the same tattoo on their lower backs. Her favorite foods are carb-laden and include pasta, bread and Fruit Loops cereal. Her ideal romantic partner is fun, outgoing, adventurous, caring, patient, understanding, motivated and smart and she wonders if wanting all of these qualities is the reason she has yet to marry. She has a Siamese cat named George.

She describes herself as outgoing, competitive and attractive and is most proud that she's a college graduate. She likes football and basketball and roots for the Nebraska Cornhuskers and the Phoenix Suns. Her favorite activities are watching sports, grilling outside, bowling and having sex. Her favorite movies are "Dumb & Dumber," Remember the Titans" and "Crash." She loves all types of music and her favorite artists are Dave Mathews, Madonna and Gwen Stefani. She reads Cosmo and particularly likes to read gossip magazines.