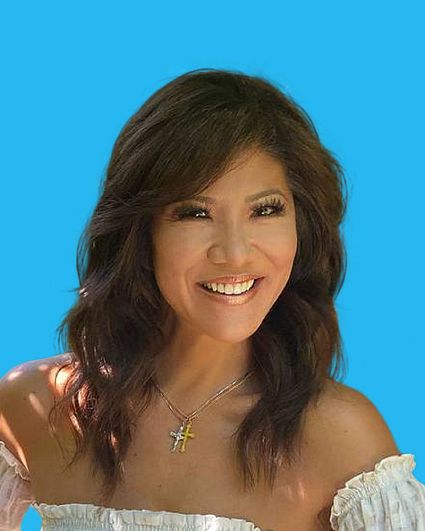 Chen Moonves was one of the original hosts of the Daytime Emmy Award-winning talk show The Talk, serving as host and moderator from 2010 to 2018. But her real passion was when she added writer to her duties and won an Emmy for it. She also won an Emmy for hosting and outstanding entertainment talk show. Her background in news helped her make the transition to The Talk, which examines topical events and contemporary issues through the eyes of five female hosts.

Chen Moonves served as co-host of CBS News' weekday morning broadcast The Early Show from 2002 to 2010. Prior to that, she served as the news anchor of The Early Show and anchor of the CBS Morning News, the CBS Television Network's early-morning, half-hour broadcast.

Prior to The Early Show, Chen Moonves worked as a reporter and anchor for WCBS-TV, the CBS-owned station in New York City (1997-1999).

Before joining CBS News, Chen Moonves was a reporter for WDTN-TV Dayton (1995-1997). She was a producer for ABC NewsOne (1992-1995), the network's affiliate news service, and she was a desk assistant in ABC News' Los Angeles bureau (1990-1991), while finishing her senior year at the University of Southern California. Her first job in broadcasting was as a desk assistant for ABC News' late-night broadcast Nightline with Ted Koppel, who remains one of her journalism heroes. Chen Moonves worked with Koppel on the Columbia du-Pont-winning primetime special, Anatomy of a Riot, which examined the 1992 Los Angeles riots.

More recently, in 2018 Chen Moonves authored her first children's book, When I Grow Up, dedicated to her son Charlie.

Chen Moonves is fluent in Mandarin Chinese. A devoted Christian, she says there's no better way to start her day than by reading scripture. Her life verse is the biblical rule of "do unto others as you would have them do unto you" (Matt. 7:12), also known as the Golden Rule.

Chen Moonves was born in Queens, N.Y. She graduated from the University of Southern California in 1991 with a degree in broadcast journalism and English. She lives in New York and Los Angeles with her husband, with whom she has a son, Charlie, and three stepchildren, Adam, Sara, and Mike. Follow Julie on Twitter @JCMoonves and on Instagram @juliechenmoonves.