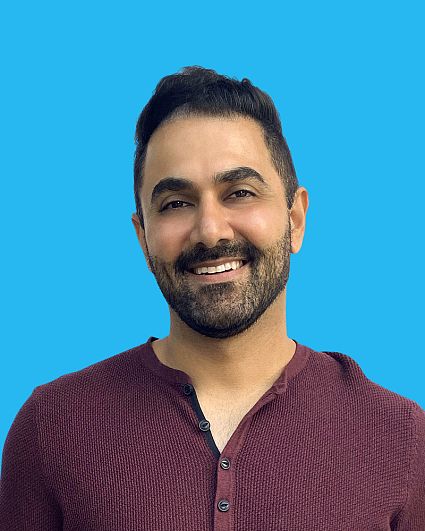 Three adjectives that describe you: Relentless, judicious, and witty.

Favorite activities: Spending time with the people I care about, using technology, product, and
design to solve everyday problems.

Why do you want to play Big Brother again?
I'm obsessed with being better than I once was.

What do you think will be the most difficult part about living inside the Big Brother house?
Being away from my family. I have a lot of people that depend on me and I won't be there to
look after them while I'm gone.

Which past Big Brother cast member did you like most and why?
Derrick Levasseur played a very respectable game. He was controlled and had the ability to tap
into what motivated others in order to help himself. Often without them even knowing.

What is your strategy for winning the game?
Create large scale disruptions in power to uncover and destabilize existing alliances and plots.

How does this strategy differ from the last time you played?
My strategy hasn't changed but I'd like to think that my life experiences will help me stay a bit
longer in the house this time around. Leaving early is embarrassing.

Have you changed/evolved since the last time you were on the show?
The first time you met me, I was an extreme introvert. Now, I'm well-adjusted and a
fully-functional social introvert. So much better!

My life's motto is…
"Aut viam inveniam aut faciam." (Find the path or make it)

What would you take into the house and why?
-A phone to FaceTime my family.
-A computer so I can stay productive.
-Books so I can continue to grow as a person.

Fun facts about yourself:
-I was bullied most of my childhood starting in the third grade.
-I am an eternal optimist.
-I get angry when people don't believe in me. That anger fuels my drive to succeed.
-I don't believe in luck.
-I was told by my college counselor I wasn't likely to graduate.
-I never prepare and rehearse my speeches, talks, or presentations. I speak from the heart and
forget all about it the next day.
-People usually underestimate me.
-I gravitate towards the underdog, the poor, and the disenfranchised.
-Solving problems and finding a way out gives me a lot of satisfaction.
-Elon Musk is my hero.
-I got into my career as a designer after I taught myself how to use Photoshop. I really wanted to
find an outlet to express myself.
-I'm a first-generation immigrant from Iraq.
-People named their children Kaysar after watching me on Big Brother. I'd like to meet them one
day because I've never met another person with my name.
-Another Kaysar appeared on Big Brother Brazil in 2018. I realized this only after getting
messages from his fans in Portuguese. I find that to be a bit bizarre.