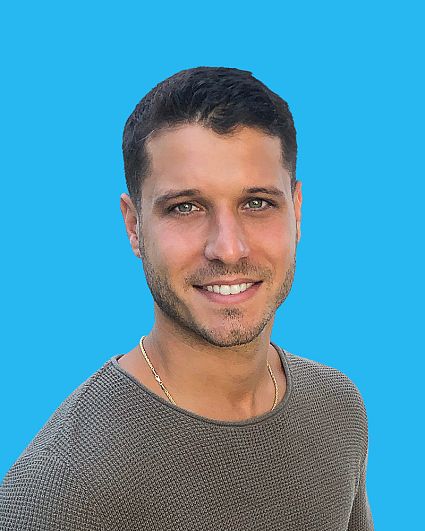 Three adjectives that describe you: Loyal, confident, and caring.

What do you think will be the most difficult part about living inside the Big Brother house?
The most difficult aspect this time around will be playing the game with people that have already
watched me and know exactly who I am.

Which past Big Brother cast member did you like most and why?
I like Jeff Schroeder, because he's a stand up guy that played the game straight up and wasn’t
fake in the slightest way. I also like Boogie, because he was wacky, funny, extremely clever, and
witty when it came to the game.

What is your strategy for winning the game?
My strategy is to be myself. I want to be friendly and honest so people feel comfortable opening
up to me. I will find one person in the house that I will go through information and stories with,
to cross check if people are lying. I don't want to be too close to my closest ally, because I do not
want people using our names in the same sentence. I want to win as many competitions as I can
to keep myself and my closest allies safe.

How does this strategy differ from the last time you played?
It doesn't differ in the slightest. Don't fix what isn't broken.

What would you take into the house and why?
-A photo of my family and girlfriend, as a reminder as to why I am playing this game.

Fun facts about yourself:
-I am nasty at video games! (Nasty is a good thing).
-I can solve a Rubik's Cube in under two minutes.
-I can juggle a soccer ball over 1000 times.
-I apparently have a serious problem chewing my food quietly.
-I play the drums.
-I'm a sucker for soda.