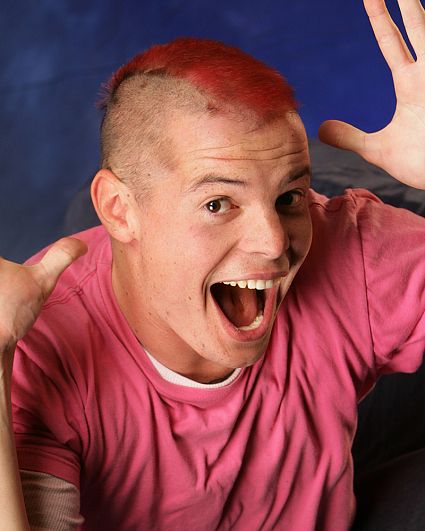 James, a high school graduate, is currently on a mission to ride his bicycle halfway around the world with no money in his pocket. He has also lived in Buenos Aires where he dressed mannequins for a living.

He describes himself as insane and crazy and has a few very different personalities, depending on his mood. He grew up in a broken home and had to learn to be different to get the attention he needed from others. He was the "freak" in high school who wore costumes to school when it wasn't Halloween. He is close with his mom and has one sister, both recently divorced.

His favorite movie is "Fight Club" and his favorite music is by The Clash. James has seven tattoos. He is currently single, but was engaged to an older woman at one point. His birth date is November 21, 1986.