Later, Skater! Jace Speaks Out On His Recent Eviction From The BB17 House

"One thing I've learned is to trust, but be careful of who you put it in," the adrenaline junkie said.

Jace's time in the BB17 house may've ended faster than you could say, "kickflip underflip," but that didn't stop the Venice Beach bro from leaving a lasting impression on his fellow Houseguests.

Having spent a few days out of the house, Jace has had some time to reflect on the events leading up to his Big Brother eviction. Lucky for us, he took some time out of his schedule to fill us in on what he's been up to, what life was like inside the fishbowl, and what he'd do differently if given another shot.

Read on for the juicy details! 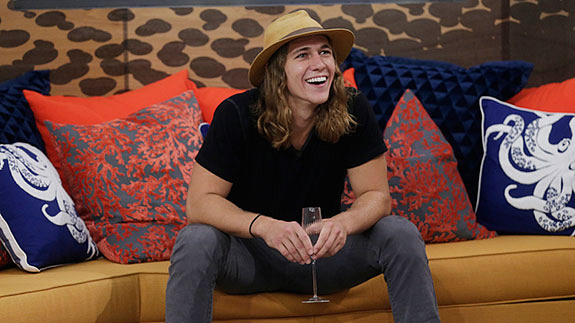 Have you been watching the show?
Jace Agolli: I haven't really been watching the show yet. I'm still in kind of a grieving period, and I'm trying to kind of regain clarity, and I'm just kind of holding off for a few days. Of course I'm going to watch the show, but I'm just kind of chilling out right now. Even though it's not a real death, it's a game death. Upon leaving the house, there's been a lot of time for reflection, and I'm just kind of figuring out, you know, what's going on, how I feel about certain things—everybody who betrayed me—there's a lot going on behind the scenes that I didn't know about.

Is there anyone you do trust in the house?
JA: Austin, I'll always trust. I trust Vanessa, too, even though now I know she's an amazing poker player. I think she's a wonderful person. Even though Liz and Julia kind of ran to the other side, I did trust them heavily. But if you guys put me back in the game, the people I would want to align with straight off the bat are Stevie, Liz and Julia, Vanessa, and Austin. Those are the people I would want to work with.

If you could go back and tell yourself one thing before going into the house, what would it be?
JA: Hold your tongue, listen before you speak, ask questions, try not to answer them.

Who do you think is going to be the biggest villain?
JA: Jeff. He just gives that aura. I'm not the biggest fan of Jeff, to be honest with you. I never really saw myself as being friends with him.

Do you think you and Austin had a real friendship, or was it circumstantial?
JA: Oh, absolutely. I plan on talking to Austin forever. I absolutely adore that kid. We created something really strong; the bond was greater than the game. He's a very, very dynamic person, [a] very layered, very deep individual, but he also enjoys the finer things, the lifting, the protein shakes, all the good stuff. We can sit around and joke 'cause that's really us. We connect on a spiritual level, which is very cool. 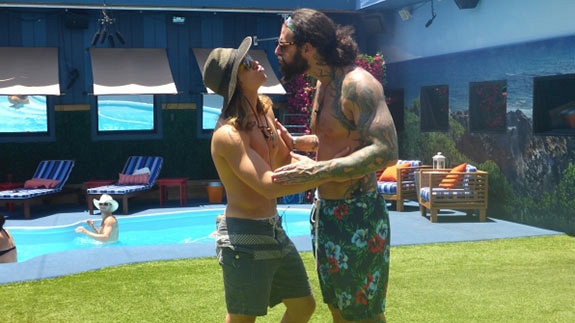 Looking back, do you think you could tell the difference between Liz and her twin, Julia?
JA: Oh, 100 percent. There's minute differences between the two girls, you could see better in person. At the time, I just thought I was tripping. I noticed they acted a little bit differently, but I thought it was just the game.

What's something about the house that you can only know from the inside?
JA: You'll never understand how much pressure there is in that house from the second you walk in to the second you leave. It's just so overwhelming. And the worst thing about it, which is potentially the best thing, is that you're isolated. So, when I was on the block and everyone was treating me like I had leprosy, I couldn't call my mother, I couldn't vent to my best friend, I couldn't go to the bar and have a glass of whiskey. There were no vices. There was nothing I could do.

You're sitting there, and your blood's boiling, and these people, they hate you, they want you out, and you just feel so uncomfortable and unwanted, and it's detrimental to one's self-confidence. I mean, I'm a very confident person, but your confidence can go out the door when you have everybody against you in that house.

What lesson have you learned that you'll carry with you?
JA: I'm a very trusting, caring person, but you really can't trust anyone in Big Brother—or in the real world. You always need to be careful because you never know what could happen. I mean, I experienced a terrible thing a few years ago that really changed my perspective. I was robbed at gunpoint, and my friend was shot right in front of me, and it just took away a lot of the trust I had in people. But I feel like if I would have gone into that house and not put so much trust into certain individuals, I would have gone further in the game.

Is there anything you want to say about your relationship with Steve?
JA: I would definitely like to make a statement, since I know people are coming at me hard about the bullying thing. I don't condone bullying in any way, shape, or form, and I don't want people to get the wrong impression. I absolutely love Stevie, and I know I came off a little bit harsh, but it just wasn't one of my best strategies. It was me acting. I was utilizing skills I'd gained growing up in the theater, and during that moment, I was considering myself to be in Goodfellas, The Godfather, Donnie Brasco, or Scarface, and that was that moment to shine. That was that moment to use some of those intimidation techniques to regain him on my side because he'd already kind of backstabbed me a little bit. So, maybe I came off harsh, but I love the kid. I just want people to know I really like Stevie, and I want him to do well.

In your exit interview with Julie, you said you loved Audrey. Do you really love Audrey?
JA: I actually love everybody. I am a firm believer that we're all sharing this experience as a learning opportunity as humans and souls. I think she's a wonderful person. On a personal level, we connected. On a game level, I think she really back-stabbed me, was very manipulative, and somewhat controlling over other people's thoughts and outlooks. But, I forgive everybody. I do not hold a grudge. I just wish that maybe they would have sequestered me and allow me to come back into the house and take 'em all down.

I just want people to know that it is a game, and at the end of the day people are going to do what they think they have to do to win.

Do you feel like you were yourself in the game, or did you put on a game face?
JA: I think, for the most part, I maintained pretty true to myself. I think I did a little bit of show-boating, [and] certain things may not have been entirely me. Like, obviously that moment with Steve was completely fabricated. That is not who I am. So, there were moments where I was acting and utilizing that to what I thought would be to my benefit, but for the most part—like, all the joking you saw, the streaking, the funny Jace cracking jokes—that's me. I'm always trying to make people laugh. I think laughter's the best medicine. My dad's a doctor, and he grew up saying that to me, and that's kind of what I want to exemplify, so I do whatever I can to make people laugh because it makes me feel happy. I like to see other people happy. 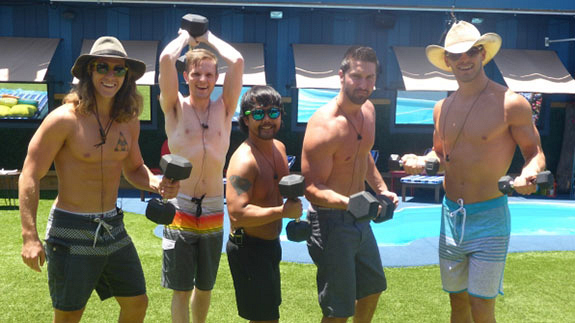 Do you think other people play with that same mentality? Or do you think they go in with a mask on?
JA: Everybody in that show pretty much had a mask on, and it became more apparent day-by-day. I think a lot of people are afraid to show who they are on-air, they put on a facade and, for the most part, I did not. I think that was my downfall and eventually [my] demise.

What were some of the Bro Codes that didn't make it on camera?
JA: A bro never gives up on a bro, even when said bro is being back-doored. We'll say [that's] Bro Code #1262.

What's your next big adventure?
JA: I'm in a music group called The Fleets and we're working on an album. I'm [also] going to London for a little adventure. My life motto is "Never stop exploring." You know, take it stride, man. Take it in stride. This is just a learning experience, [and] there's a silver lining to every situation in life. I've already learned so much about myself from being on the show, and I'm so thankful that I've had this opportunity. It's been so wonderful.