One of BB's most beloved couples expand their family with birth of first child
Hot off the heals of Jeff and Jordan's big announcement last week, another set of former Big Brother Houseguests, Brendon Villegas and Rachel Reilly (also known to BB fans as "Brenchel") just announced the birth of their first child—a girl, who's name has yet to be announced—born on April 8. 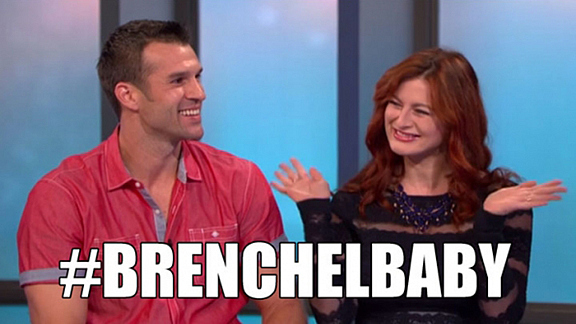 Just look at what the pair tweeted out to fans only one day after the delivery!

@brendonvbb12 & I are officially parents! Omg ???thank you for all the prayers and well wishes it was long hard and we did it all natural?

We absolutely love Brendon's scrubs. Where can we get a pair?

My handsome hubby @brendonvbb12 in his hospital scrubs! ??? he's a proud new daddy!


Just when the new dad couldn't get any cuter, he posted this love note to his amazing wife, which turned us into a total puddle.

I have raced around the world & survived the BB house w/ @RachelEReilly but watching my wife deliver our girl made me fall in love all over.

To celebrate the couple's new arrival, take a look back at when Rachel won Big Brother Season 13 and chatted in the backyard beside her husband-to-be Brendon.

Oh, and don't forget to tune in Wednesday, June 22 at 8/7c because that's when Big Brother returns to CBS for Season 18!