Paulie bounced back from being last week's target and decided to seek revenge on Jozea's minions.
On the latest episode of Big Brother, the house fell silent after Jozea's dramatic exit, but it was particularly difficult for Paul, Bronte, Natalie, and Victor, who had openly aligned with the self-proclaimed "CEO" and now worried about becoming the house's new targets.

While we nominate James for Best Performance by a Houseguest Trying to Throw an HOH Competition, let's run through some of the tensest moments from the latest episode.

Following Jozea's eviction, the remaining Houseguests headed to the backyard to compete for the "Berry Balanced" HOH competition. While the clock ticked, #BigSister lagged further and further behind, leaving the other three teams in an incredibly close foot-race.

Each team inched closer and closer to accumulating the requisite 40 berries in their baskets, but it was #Category4 that pulled in front and mutually decided to send Paulie in to retrieve the final blue berry, thus crowning him as the week's new Head of Household.

This was awesome news for the 8 Pack alliance, but having a Calafiore in control of the house was the worst-case scenario situation for Paul, Bronte, Natalie, and Victor, who started crunching the numbers and realized they weren't actually in the majority now, if ever.

Members of the Revolution alliance had every reason to be scared this week and that's why it was no surprise when Bronte and Paul's faces appeared on the wall during this week's nomination ceremony.

For the moment, Victor breathed a sigh of relief; but, little did he know, Paul was now working with Paulie and agreed to be a pawn in exchange for safety and the gym manager was still very much a viable target for eviction.

With so many Houseguests in the mood for math, the BB RoadKill RV couldn't have rolled into the backyard at a better time, especially because the HGs would be tasked with choosing which Big Brother-themed tchotchkes added up to $18. 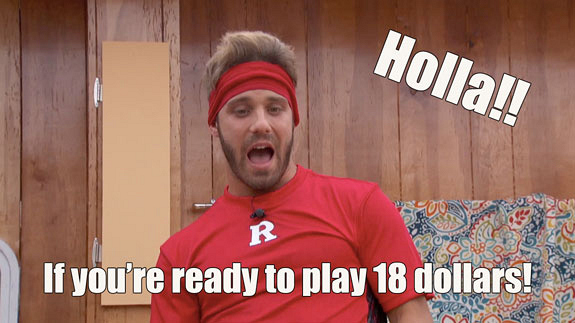 The person who reached the total the fastest would win the power to nominate a third Houseguest for eviction this week. Frank hoped to dominate the comp for the second week in a row, while Tiffany wanted to wow everyone with her skills as a high-school math teacher and walk away as the anonymous winner.

Much to the 8 Pack's dismay, the Houseguest that won the BB RoadKill was the same HG who the majority of the house was targeting: Victor. However, when the gym manager started bragging about winning the challenge, which sort of defeated the whole purpose of the power being anonymous and all, Paulie and Frank jumped at the chance to influence Victor's strategy.

After all, if they couldn't change who won BB RoadKill, then they'd try to manipulate the winner's nomination. 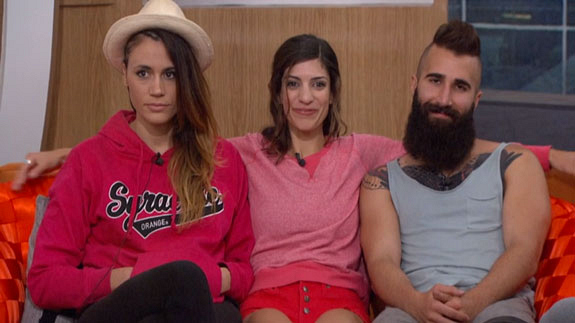 During the #RoadKillReveal, it was Tiffany whose name was called and, after busting out an epic eye-roll, she took her place next to Bronte and Paul on the block.

Victor nominated the friendly brunette because he wanted to chip away the female majority, but what he might've done is left the possibility open for two pawns to walk in and introduce a potential backdoor situation.

Will Paulie and the other members of 8 Pack be able to get rid of Victor, or will the New Orleans-based gym manager continue his winning streak and foil the alliance's plan?

Watch Big Brother on Wednesdays and Sundays at 8/7c, and Thursdays at 9/8c on CBS and CBS All Access.