After his attempts to sway the votes in his favor failed, Frank packed his bags and hit the road.

On the latest episode of Big Brother Season 18, Paul discovered a secret room, Frank said his not-so-sweet goodbyes, and the Houseguests tested their coordination in a challenging HOH competition. 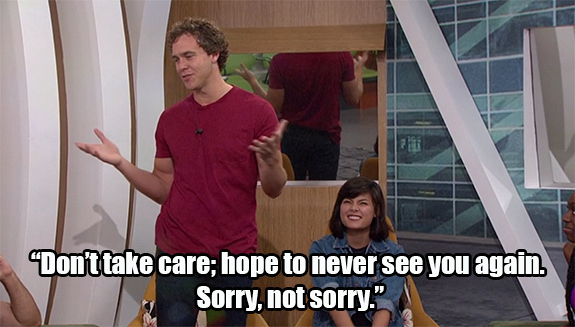 While we wait for the HGs to rub themselves in Aloe after Frank delivered some sick burns, let's run through some of the hottest moments from the latest episode.

After she had opted not to use the Power of Veto to save Frank, Michelle realized she probably sealed his fate and broke down into tears. Though the curly-haired returner comforted her, he couldn't help but think that they could have avoided this whole mess if Big Meech had just gone along with his plan.

But Michelle's pity party was cut short when James discovered a cryptic message flashing from the monitor in the living room, which read: "The clues to the secret are all around you." Intrigued by the latest twist, the Houseguests dispersed to #CrackTheCode, searching high and low for clues.

Who was the first person to uncover the secret? 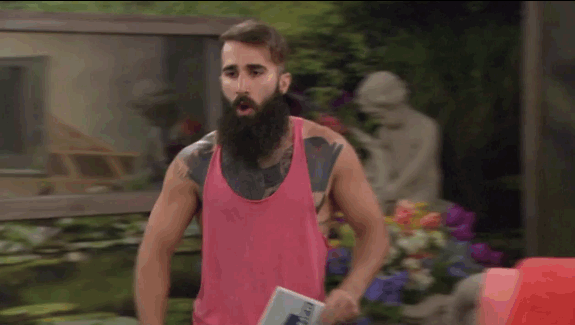 Paul, who sneakily slithered through a red tunnel and wound up in beautiful Paris. There, he learned that each Houseguest would select a BB Airlines envelope, inside of which lived a ticket. But only one envelope contained a special roundtrip pass that would allow one lucky player back into the game.

The catch? The HGs could only open their envelopes if they were evicted by August 18, which is when the twist would conclude.

While Paul celebrated his findings, former Houseguests reflected on their friends in the Big Brother house. 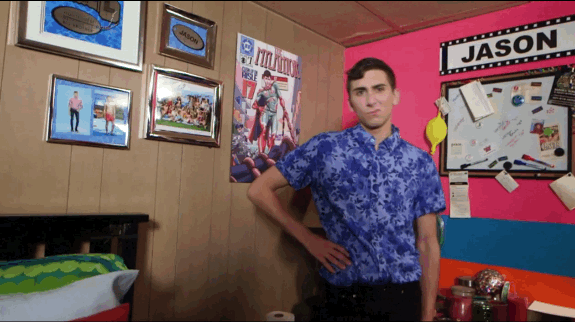 Here are just some of the highlights from the former HGs' recordings:

- BB17's Jason Roy showed off his basement digs and expressed his hope for Da'Vonne to go far.
- BB17's Meg Maley laughed about James' flirtatious personality and remembered the time he announced their "wedding."
- BB16's Hayden Voss, who dated Nicole for over a year after their summer showmance began, admitted that watching his former paramour cuddle with Corey was a bit uncomfortable.
- BB14's Mike "Boogie" Malin said Frank's game this season was painful to watch.

As it turned out, Mike was right to mourn his old pal's game.

But Frank wasn't entirely unprepared for his eviction. Instead of making a plea before the vote, Frank put the Houseguests on blast, kicked up his feet, and patiently waited to grab his things and leave the house.

Of course, it wasn't officially over for Frank yet. Could the medical sales rep have the roundtrip ticket back into the game? 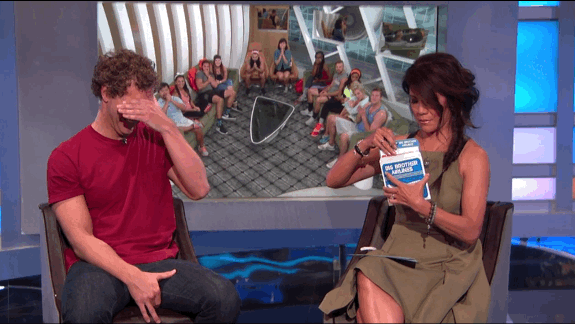 As Frank boarded his one-way flight home, the Houseguests headed into the backyard for the HOH competition, "Perfect Shot." Each of the participating players received both a yellow and a red ball. To win, they'd have to roll their red ball across a windy board and into the box at the end. Though they'd only have one chance to make their final shots, the HGs could practice as much as they'd like using their yellow balls.

Watch Big Brother Season 18 on Sundays and Wednesdays at 8/7c, and Thursdays at 9/8c on CBS and stream full episodes on CBS All Access.