Tempers Flare After An Alliance Shatters On Big Brother

After flipping to keep Christmas in the BB19 house, Josh gets an earful from former allies Cody and Jessica.
After Jillian was sent home last week in a shocking Live Eviction, emotions were running high in the Big Brother house as the Season 19 Houseguests prepared to compete against each other for a new Head of Household, which left some players wanting sweet revenge on the recent blindside.

With the numbers no longer on their side, it didn't take long for Jessica and Cody—also known by their showmance name, "Jody"—to start lashing out at the former allies who they thought might've flipped their votes from Christmas to Jillian.

Jody's biggest target? Josh, who attempted to explain his strategy, but the power couple did not want to hear anything the haircare salesman had to say.

Watch the above clip to see the entire confrontation unfold.

While Josh tried to make peace, Cody made it clear that he wasn't interested, saying, "There's no ands, buts, or anything—the conversation is over."

But the Miami native persisted, which is when Jessica jumped in and told Josh how she really felt: "I don't have any respect for you anymore."

Jody had every reason to feel cornered, considering that Paul, who Cody tried to backdoor last week, is now HOH and has made no secret of his desire to return the favor and give Cody his walking papers. 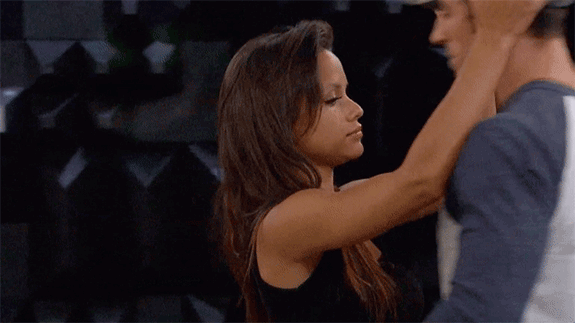 Cody and Jessica appear to only have each other now, so there's a good chance the pair is praying for a miracle—or, better yet, the benefits of a temptation.

Who will win the next POV competition? And how will Ramses' surprise self-nomination affect Paul's plan to get Cody out of the house?