Find Out Why Jessica's HOH Win Means More Than You Think

Plus, read all the personal thoughts and game reflections the 26-year-old lays out in her detailed letter.
During the most recent Big Brother HOH competition (which may have been the most brutal one of the summer so far), 26-year-old VIP concierge Jessica Graf toughed it out through distractions of graffiti, ketchup, and mustard for the win.

That meant another week safe inside the BB19 house.

Following that physically draining victory, Jess was given a loaded care basket and quality time to reflect from her luxurious HOH suite.

In an exclusive video taped from her HOH room, Jess thanks her fans for granting her the third and final temptation—The Halting Hex—saying, "It motivated me to win that HOH and it took me out of a really dark place in the house." 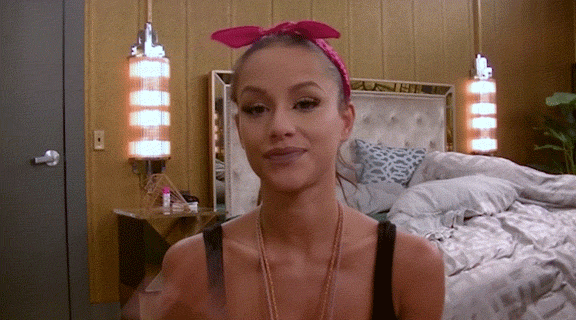 That specific comp, which occurred on the third anniversary of her dad's passing, left Jess completely speechless after its three-hour timespan.

"Watching Big Brother was something we did every single summer together..." she reminisced.  "And he never would have thought that I would be on the show..."

What else did Jess have to say about her father and their special memories?

See below for Jess' entire blog sharing her thoughts on being HOH: 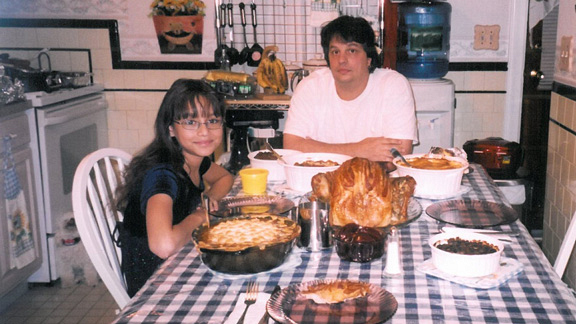 I’m touching a computer for the first time in over a month [and] I’m a little rusty, so try not to judge me too harshly! I love that I get a platform to talk to you guys while I’m still in the house playing the game. Very cool!

I want to start by thanking everyone again who took time out of their lives to vote for me for the final temptation. I don’t think you realize how much it meant to me and it was honestly one of the coolest things that has ever happened to me!

That week was very difficult for me and I was trying so hard to not fall apart. Having to wear an embarrassing outfit for a week is part of BB tradition and I’m actually happy that I got to experience it.

However, eating on the floor around people who don’t like you is extremely degrading and a feeling I have never experienced. Needless to say, I am very happy that that week is over and I have my partner-in-crime back!

Cody and I are now very grateful for that awful week because it really woke us up to how we should be playing this game. It also showed us how strong we can be as a team, because when we first started falling for each other we decided to keep our games separate from our emotions. That is not the case anymore.

We became one team and we’re a lot stronger because of it. Receiving that final temptation gave us the safety we needed for Cody to come back into the game. The week he was gone I spent doing damage control with everyone in the house.

And, that damage control was vital to our future success in this game. We know if we want to survive to the end we need numbers behind us. Things are not perfect yet, but I think we have gained more trust this week now that we are in power and we stood by the promises we made to people. 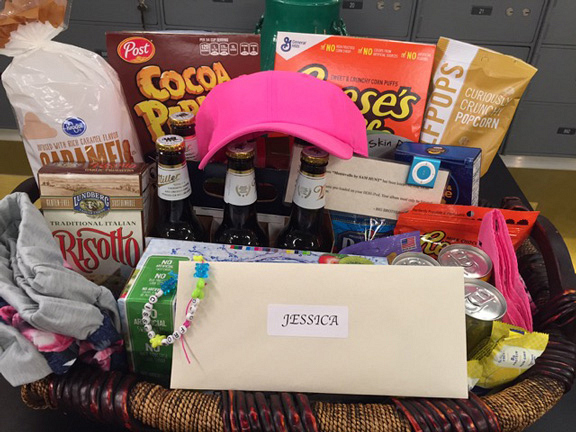 Cody’s Battle Back was epic! I prayed every minute of every day that the Battle Back competition would be something BB would bring back for this season. When Julie announced it to the house, it took everything out of me to not jump out of my skin! The last thing I wanted was to get my hopes up!

I missed Cody so much and had he not won, it would have broken my heart. I voted for Paul because I know my man. If he was going to fight his way back into this house, he wouldn’t want it handed to him! (Part of the reason I love that boy :) ) A vet vs. a vet is the showdown he would have wanted.

And, winning against Paul, the person who back-doored him out of this game, made victory that much more sweet!

Cody won THREE comps that day! So it was my pleasure to bring home the win for HOH that same night. NOW, I won’t lie.

The entire time I was up there I was cursing in my head and contemplating telling everyone I had the final temptation and if they wanted to take a shot at Cody and I this week then bring it on! But, I kept pushing through and told myself to hold out just a little bit longer.

4am that morning marked the anniversary of my father’s passing. Three years to the day. I prayed for his strength throughout the comp. Watching BB with my dad every summer growing up is a big memory for me.

So, thank you everyone at CBS who helped me get here. I would love to say that it is a dream come true, but honestly, I never dreamed I’d be here because it was something that seemed so unobtainable. So thank you!! It’s very cool to be able to talk about my dad and have his photos on the show. I know that wherever he is, he’s smiling! 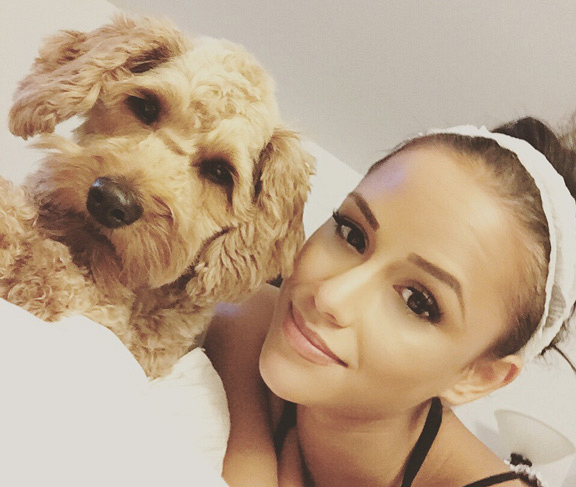 The sun coming up at the end of that competition was also very symbolic for me. Cody and I had been in a dark place in this house the past few weeks and it just felt like the dawn of a new era. Not to mention the look of pride on Cody’s face when I won is something I’ll never forget. :)

It’s important to me that people see him and I as equals and teammates. I’m not in this house to live in anyone’s shadow or ride anyone’s coattails. I hope we can continue to be a power couple in this game and I especially hope that it’s fun for you guys to watch and we can continue to surprise you!

Also, I want to give huge props to Christmas in that comp! The girl has 10 broken bones in her foot and she gave me a serious run for my money!

We’ve had a lot of differences in this game but remember, her and I WERE friends when this game started. It’s nice that we’ve gotten past mistakes we have both made and that we are able to enjoy each other’s company again.

With that being said, I do want to touch on the verbal argument her and I got into immediately after Jillian’s eviction. Her speech honestly caught me by surprise. I had tried to have a few conversations with her the days leading up to live eviction but was met only with passive aggressive hostility, so I dropped it.

If she had such an issue with me, I feel it should have been discussed prior.

I thought it was cowardly that she waited until a live show, when I can’t speak, to drag my name through the mud. That was why I got so defensive.

I’m a strong believer in standing up for yourself and what you believe in and I don’t agree with how she handled that. But again, her and I have come a long way and I’m curious to see where this game takes our friendship.

WATCH: Jess Gets Choked Up Talking About The Impact Of Her Father 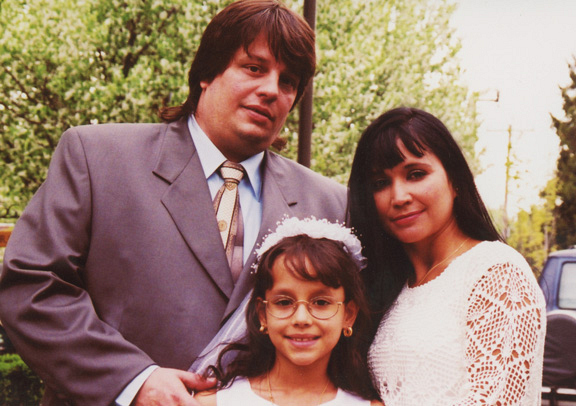 Next up, since we’re talking about cowardly things, Josh. (Can I once again say how cool it is that I get to tell you guys all of my thoughts! Lol, ok back to it.) I have never met someone who apologizes and then immediately contradicts said apology so much!

I really thought that once Cody left the house that the kid would calm down and stop attacking me. I was wrong.

I don’t know how much you guys have seen, but Paul is literally giving Josh lessons on "How to be a MAN." That’s not a joke. That is a real thing that goes on every day.

On Day 2 he attacked Megan, which was unwarranted, and then since her departure [he] has attacked me. Over it. I hope he goes home and does some serious growing up.

When I get out of this glorious place, I do plan on watching each and every episode of the season and blogging to what was going on in my head when situations went down, and also what I think about things I didn’t know was happening. Should be interesting!

One last shoutout to my momma! Mom, I hope you’re not too worried! I’m doing my best and I hope you’re proud! I’ll see you when all this is said and done, and we’ll have a nice laugh over some very strong drinks ;) xoxo

Finally, if there are any more things to vote on this season, PLEASE KEEP VOTING! You guys have the power to change the outcome of this game and trust me, all of us in here appreciate your votes! Hope I’m making all of you proud!