Catch up with the BB20 champ about her big victory, her strategy, and what it means to win as a lifelong BB fan.

In the interview questions for her CBS.com bio, future Big Brother 20 winner Kaycee Clark laid out exactly what her plan was to win the game.

"My strategy to win the game is to use my social skills to my advantage. I am a big-time people person. I also want to be as honest as possible in the game. I am a loyal person in real life and I want to stick to that as much as I can," she said.

STREAM: Watch Kaycee's Game From The Beginning With Every Episode Of Big Brother 20 On CBS All Access

"I also don't want to seem too much of a threat from the very beginning where I then become an immediate target. I'm also looking to align with some people where I feel the vibes are right and legit."

Sound familiar? It should—it's exactly how her game played out. From forming strong bonds with every member of the house to aligning with Level 6, to staying under the radar early on until she surprised everyone by winning competition after competition, Kaycee had a plan going in and, unlike most, she stuck to it. 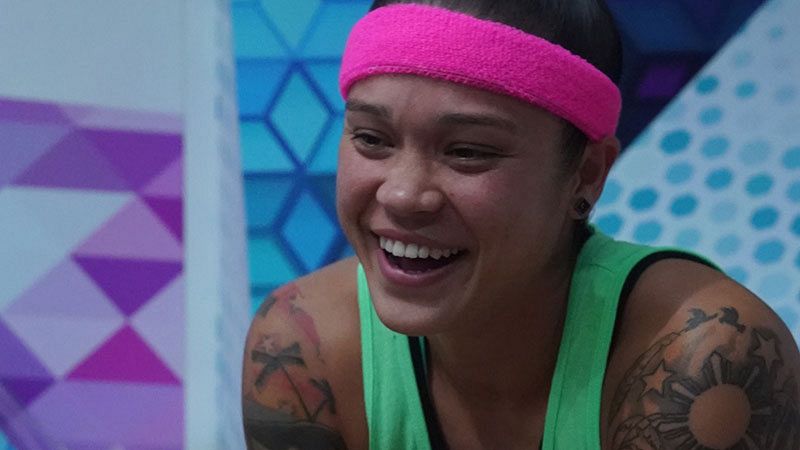 We caught up with the BB20 winner the day after her big win.

So first of all, congratulations!

Kaycee Clark: Thank you so much!

We know that you're a longtime fan of the game, so how much does this win mean to you?

Kaycee: Oh, God. It means everything. I still cannot believe I was on the Big Brother show. Never did I think I was going to be picked to go on Big Brother and to now win Big Brother 20?

It's mind-blowing! I cannot believe it. It has not hit me at all, which is really weird, but it means so much. I absolutely love this show. This is the one show that I consistently watch every year. It's mind-blowing, it really is. 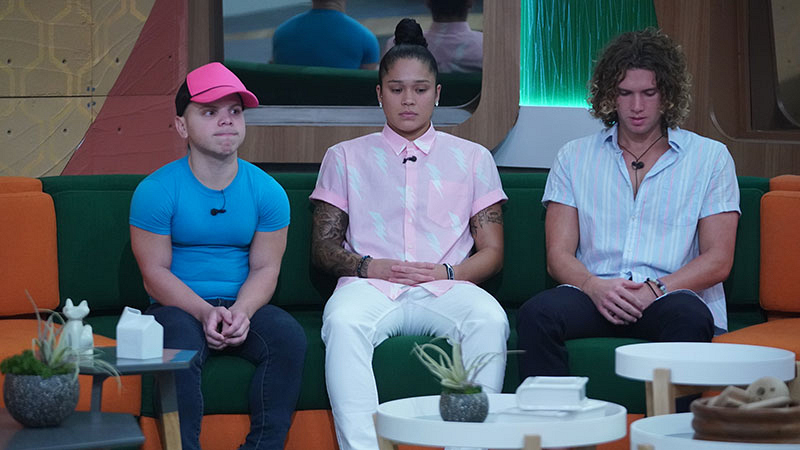 Not only did you win, but when you walked out of the house you saw your parents in the audience. What were you feeling at that moment?

Kaycee: It felt so good to see my parents and just to see the look on their faces. Them being so proud and excited. I literally felt like I was at a championship game and looking in the stands to see my parents; my mom always screaming, my dad always has his hands up in the air. It was just like winning a championship game and seeing my parents and how proud they were. It was so surreal.

So at the start of the season, you had some questions you answered for your CBS.com bio, one of which was about your strategy for the game. Do you remember what yours said?

Kaycee: I remember I said that my social game was going to take me very far and that was my main priority. I wanted to stay low in the beginning, not do too much, play behind the scenes. If I remember correctly, that's what I said. Competitions would come as they come and the social game was everything. 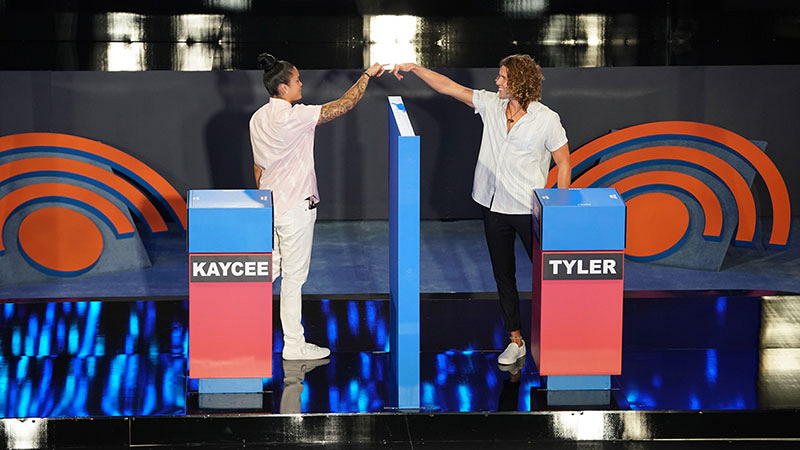 We looked back on it before talking with you and it's kind of awesome how your plan is exactly what happened and what led you to win. How did you formulate that strategy going in?

Kaycee: I knew that the first two or three weeks, I wanted to build rapport and genuine relationships with as many people as I could. In the beginning, I just kept telling myself, "Less is more, less is more." I didn't want to talk game with a lot of people. I only spoke game with Level 6.

In the house, people were always like, "Hey, Kaycee doesn't talk game at all." Which, if you were on the other side of the house, was the plan. I didn't want to talk to everyone, I couldn't trust everyone.

It was pretty much just to get to know people, make them feel good, stay behind the scenes. I didn't want to tell people what to do. "Do this, do that, I take you, you, and you, and we're in an alliance." No. It just naturally came together and I stayed behind the scenes. 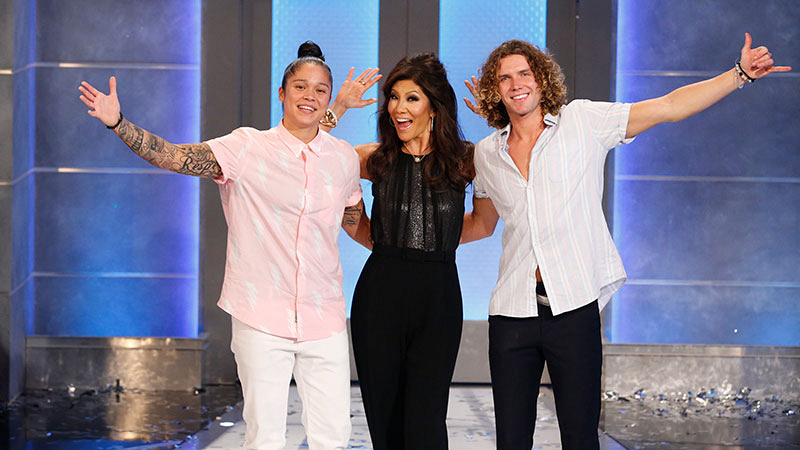 One of the things that really stuck out is how loyal you were in the game, which as you know, is very difficult to do in Big Brother. You said you took Tyler to the Final 2 out of loyalty, but how confident were you that the votes would ultimately fall in your favor?

Kaycee: So before the votes, when it was just the Final 3, I had a feeling that I was good with the Jury house. I had the least amount of blood on my hands. If I were to take JC, I felt like I could've won.

If I were to take Tyler, I felt like I could've won. Just because he had a lot of blood on his hands. I feel like the Jury house hated him more than they did myself. So the 5-4 vote, I didn't think it was going to be that close.

But at the end of the day, I won the whole thing, and that's huge. 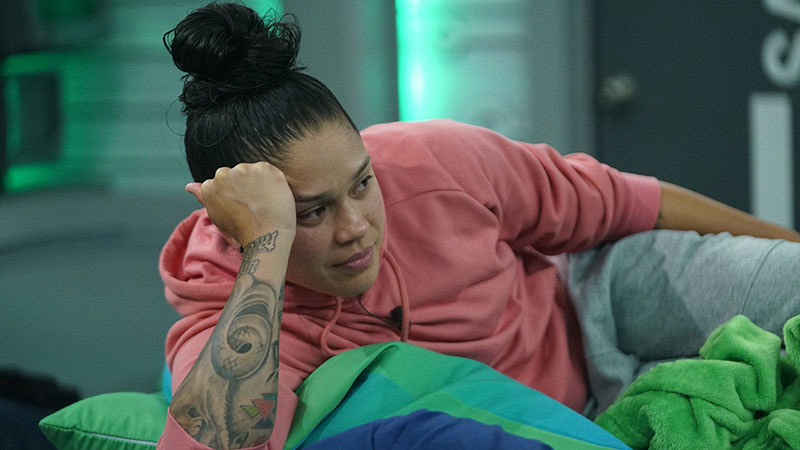 Were there any jury votes that surprised you?

As a longtime fan, was this game easier or harder than what you expected?

I never expected in a million years that it would be the way it was. And no one can ever understand how it is to be in that house unless you are literally in there playing the game. 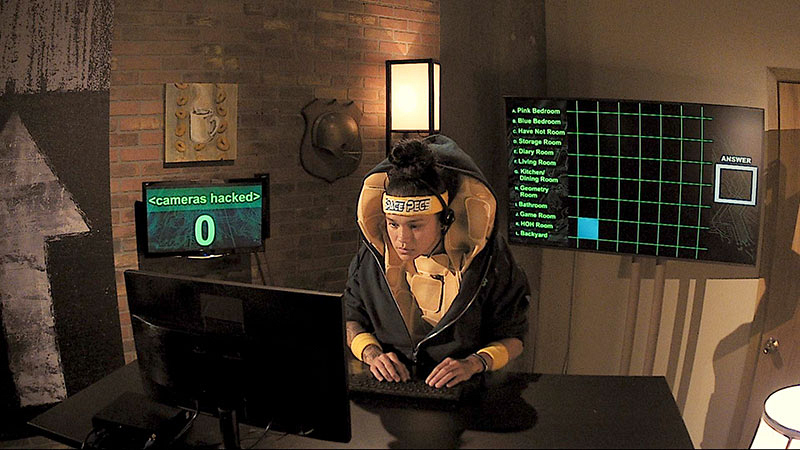 What would you say was the most difficult part?

Kaycee: Just... a lot. I wasn't able to sleep in there. There's a lot going on in your head. Just the stress, not knowing what the competitions were that were coming up next. It was a mixture of everything.

I just had to keep reminding myself, "This is your dream. This is what you wanted to do. This is temporary. Take care of business and it will all be over soon."

Is there anything from in the house, besides your Houseguests, that you're going to miss? 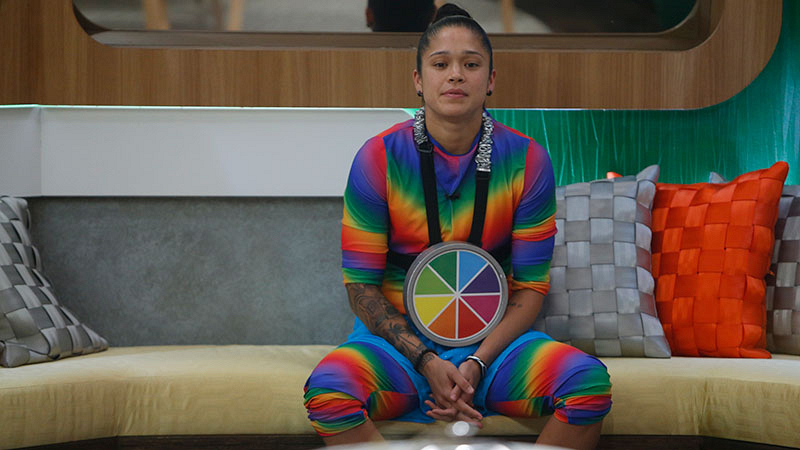 On the flip side, what are you looking forward to doing that you haven't done in three months?

Kaycee: Being with my friends and family. Being in the outside world. Going outside whenever I want. [Laughs] Going to the gym, listening to music, the list goes on for sure.

You got to wear some fantastic punishments this season—which one did you prefer? 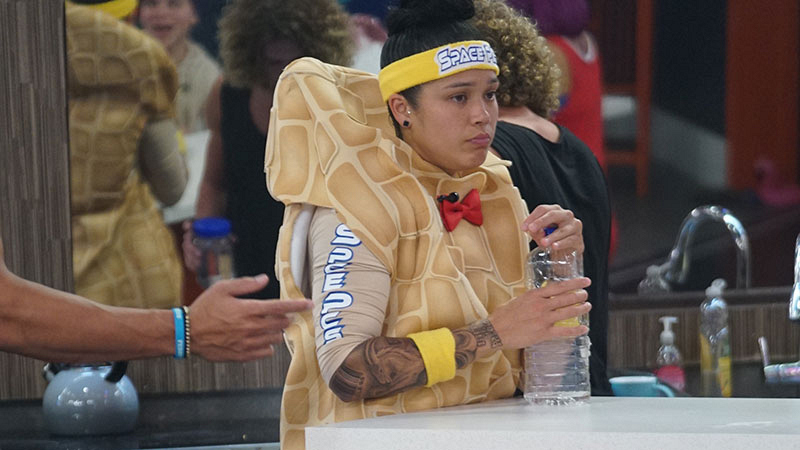 What advice do you have for future Houseguests?

Kaycee: Social game is everything. But it's hard to say because I don't think everyone is going to be like me. I'm a huge people person; I love talking to people and getting to know them. I know not a lot of people are like that.

If I say, "stay true to yourself," well, not a lot of people are loyal or whatever. But just getting to know everyone as much as possible. And less is more. Don't talk to everyone about your game moves, you know? That's definitely what I did.

Do you think you'll keep in touch with your fellow Houseguests?

Kaycee: Yeah, for sure. Without a doubt. 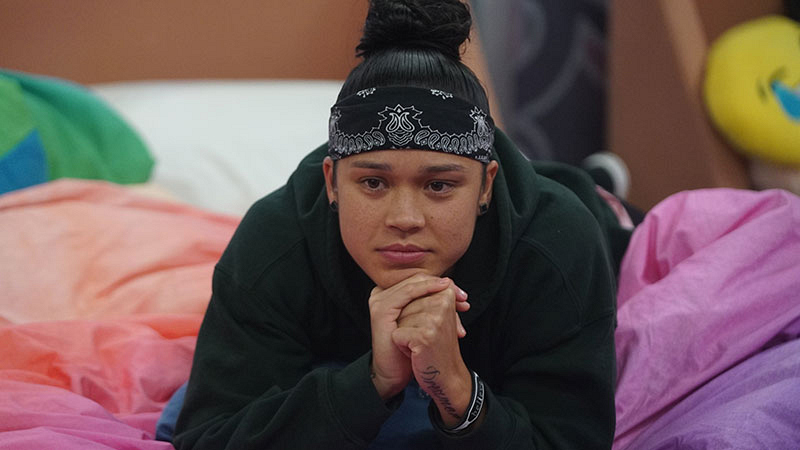 How do you think this experience changed you as a person?

Kaycee: More and more I'm not caring what people think about me. Being out on national television, because there are a lot of family members I haven't talked to about being a lesbian—they can see it, see how I dress and everything—but it was never a conversation.

Being out there to the world, it just reminds me that I don't care what people think. I really don't. This whole experience has just helped me, even more, be like, "People are going to think what they want to think."

People will think they know but they have no idea. I know how I played the game, I know how I am as a person, and it doesn't matter what people think. It's helping me a lot to think, just, "who cares?" [Laughs] 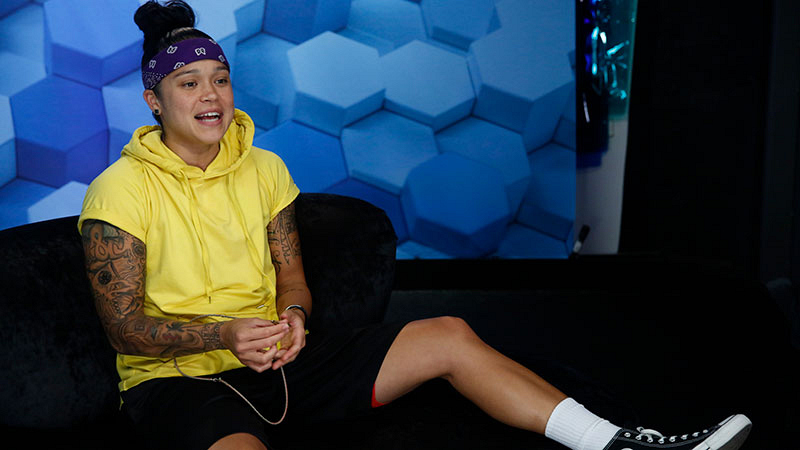 That's great. Last question, because we need to know: What are you going to do with half a million dollars?

Kaycee: Well, I do need some more gel and some deodorant. I ran out in the house, so I'm gonna get that. [Laughs] And that's it (just kidding)!

Stream every single episode from past seasons of Big Brother on CBS All Access.