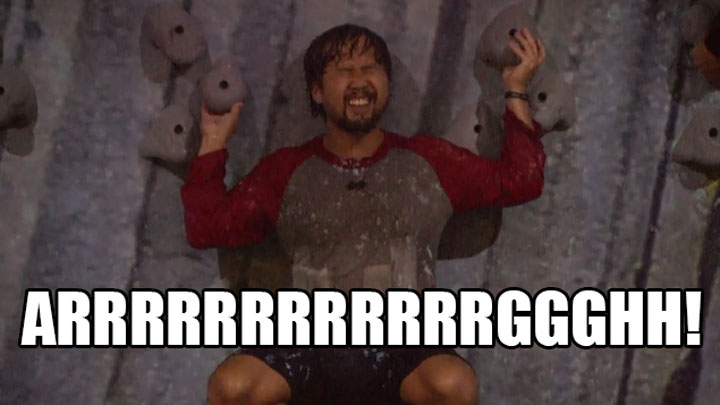 After a grueling couple of hours during this season's first endurance challenge, James managed to outlast his fellow Houseguests and snag the HoH room—but not without striking a deal with Shelli, his strongest opponent in the challenge, first.

Seeing an opportunity to protect herself—and her showmance—Shelli told James she would drop out of the comp and let him win HoH if he promised Clelli would be safe from the block this week. Eager to get himself off of the wall, James agreed to honor the deal, at least for the moment. 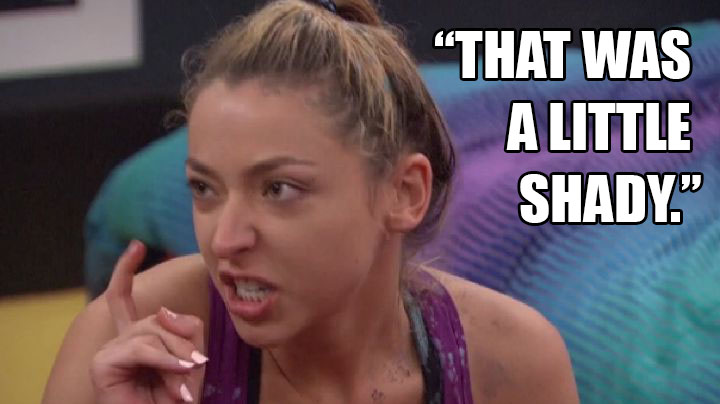 Julia doesn't trust Austin and she's not afraid to show it.

Now that she's finally in the house, Julia isn't afraid to make some waves.

After learning that Austin threw her under the bus by not only revealing her identity to Jason, but also giving the grocery bagger permission to target her in the game, Julia knew she needed to proceed with caution. Expecting her sister to freak out, Julia confronted Austin in front of Liz. Much to Julia's dismay, though, her twin defended Austin's game play and assured her he had both of their best interests at heart.

Julia reluctantly accepted Austin's apology, but the bearded giant might want to watch out. This Florida babe forgives, but she doesn't forget. 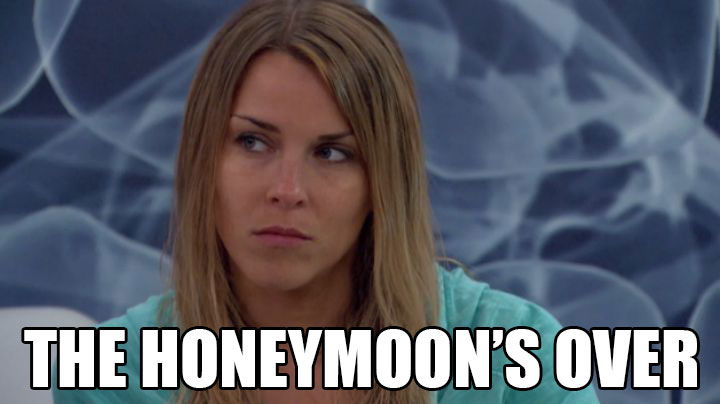 Shelli learns it's not all fun and games in the BB17 house.

With James now in power, Shelli and Clay knew they'd have to come up with a plan to ensure their safety. The Georgia peach seemed confident James would uphold his end of their HoH deal, but she wanted to be absolutely certain that her showmance would survive another week.

Faced with difficult game decisions, the typically bubbly blonde donned a frown as she contemplated who to gun for next. Eventually, she and Clay concluded that in order to keep themelves afloat, they'd need to convince James to send home Austin or one of the twins. The problem? She'd likely get blood on her manicured hands.

Sorry to break it to you, Shelli, but things tend to get ugly during the second half of the Big Brother season... And things can always get worse. 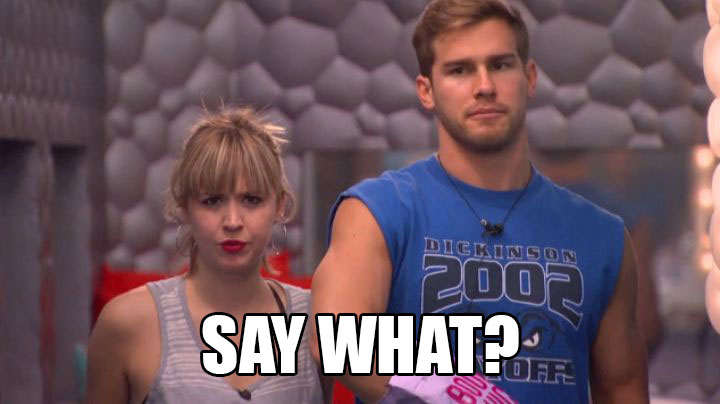 Clay has trouble articulating his thoughts.

Throughout the season, Clay has made some unintelligible statements. (Hey, buddy, did you mean to say, "This meal is delicious" or "Thermal heat Christmas?")
From simple conversations surrounding snacks to serious discussions about game strategy, at times, Clay can't seem to clearly communicate his needs or wants.

It's okay, Clay. We're sure you'll find a way to get your boint rosh—er, point across. 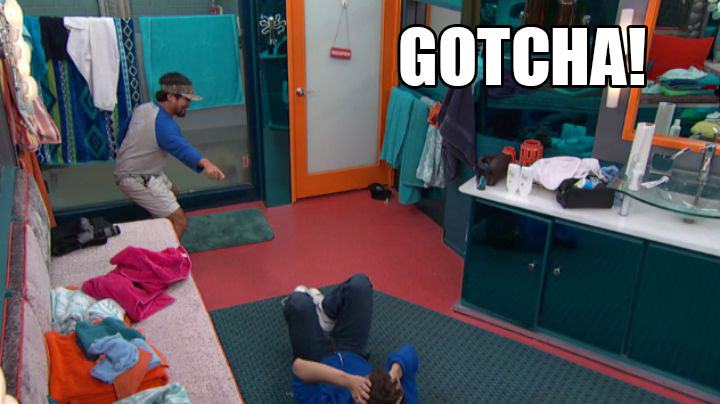 James scares the bejeezus out of Steve.

Well, that escalated quickly! What started as a peaceful bathroom break quickly turned into a pranking battlefield after James unleashed an epic surprise attack against Steve, who was left writhing on the floor.

Prepare the ammo, Steve! You're probably going to need it. 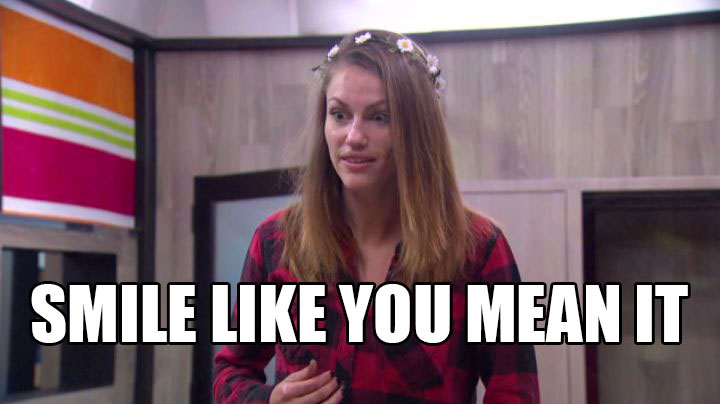 Becky tells Shelli and Clay to "be happy."

During a private meeting in the HoH room, James revealed to Meg, Jackie, and Becky that he wanted to break up the season's most notorious showmance (aka Clelli). While she nodded along with the others, Becky would eventually betray the group's trust by taking the confidential info straight to Shelli and Clay.

After all, they did help Becky stay in the house the week before.

Armed with a floral crown and a forced grin, Becky warned the couple that they were under scrutiny and needed to pretend everything was peachy keen if they wanted to stay under the radar. 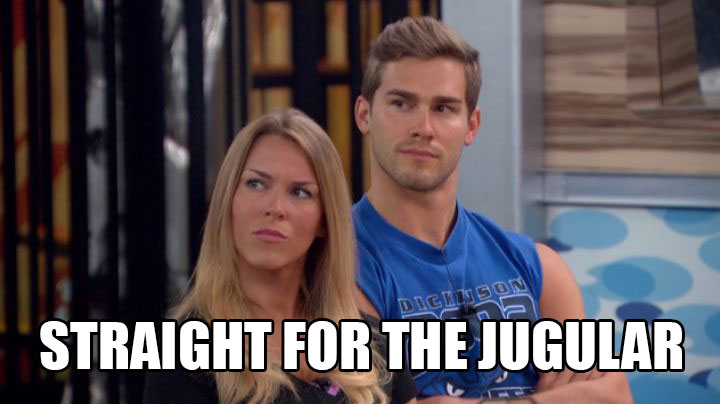 James hits 'em where it hurts.

James has said he's not afraid to get blood on his hands, and it turns out he meant it. Despite his deal with Shelli, the retail associate went straight for the jugular and put both Shelli and Clay up on the block.

Can the couple save themselves by winning the POV? If neither of them take home the coveted gold medallion, will the Houseguests elect to keep the nominations the same?

Find out this week on Big Brother!