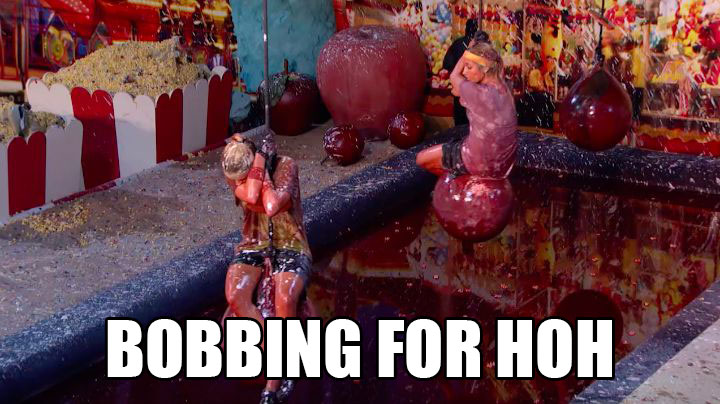 Vanessa clings to her apple to win Part 1 of the final HoH competition.

For nearly four hours, the Final 3 Houseguests endured one of the most grueling carnival-ride experiences, ever. First, they were dipped in sticky goo, then slammed into a wall of hungry mouths, and finally sprayed with frothy whipped cream. Needless to say, the comp was far from carefree and whimsical.

Steve was the first to drop off, immediately making his way to the popcorn machine. With just Liz and Vanessa left, the pressure was on and that's when the poker-playing DJ unleashed "psychological warfare" on her fellow competitor to ensure she won the first part of BB17's final HoH challenge. 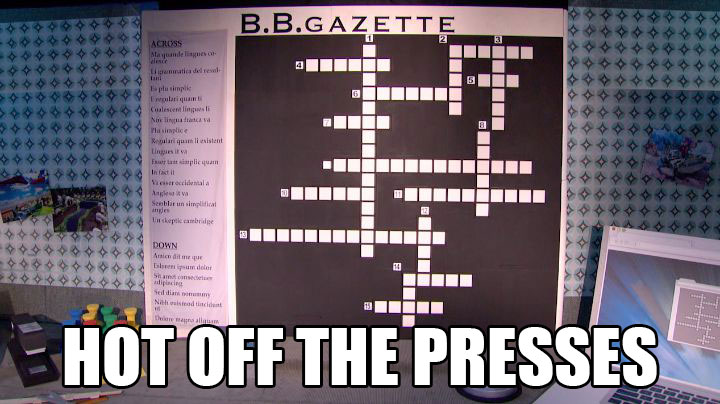 Steve speeds through the "B.B. Gazette" challenge to win Part 2 of the final HoH competition.

What's black and white and read all over? The B.B. Gazette, of course!

Freshly cleaned and ready to rock, Steve and Liz took turns making their way to the backyard so they could complete a gigantic crossword puzzle in the shortest amount of time. Equipped with clues, letters, and really strong harnesses, both contestants raced the clock to complete the massive mind game.

In the end, the engineering student beat out the Miami babe, guaranteeing he'd compete live against Vanessa during the final part of the last BB17 HoH challenge. 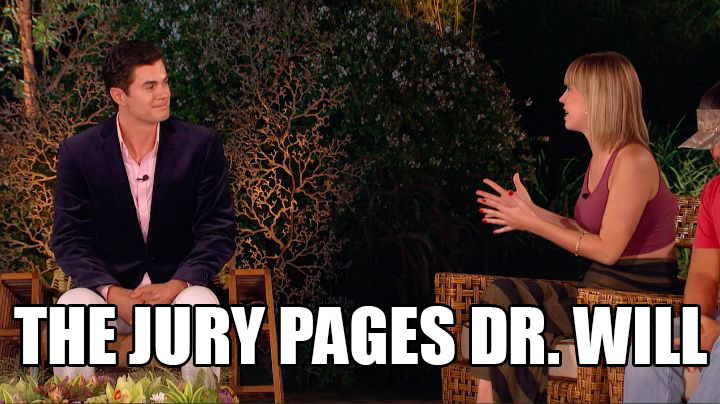 Dr. Will leads the Jury in a riveting roundtable discussion.

Big Brother legend Dr. Will Kirby took some time from the operating table to join the Jury members and talk game before the eight former Houseguests made their last mark on the game. And, with Johnny Mac now sitting as the ninth Juror, the other HGs had a lot of questions.

Sure, a lot of the Jury members said that Vanessa had a hand in their evictions, but the castoffs also agreed that the Vegas babe played an intense game—so much so that Johnny Mac said evicting her would be like hanging a tiger pelt on a trophy wall.

The group also took a few moments to touch on both Liz and Steve's strengths and weaknesses, leaving only one thing clear: The Jury had a really difficult decision ahead of them. 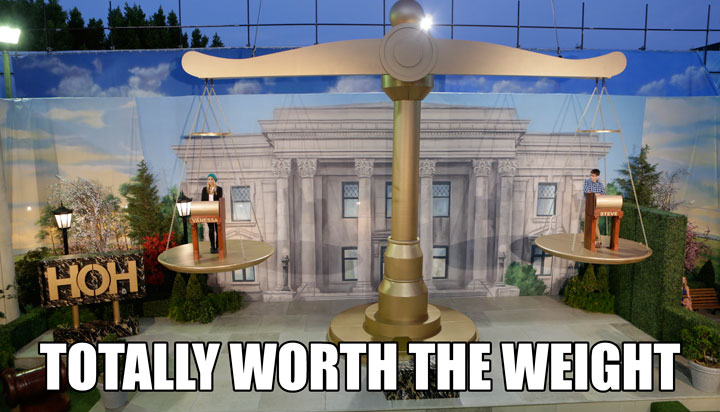 The scales tip in Steve's favor during Part 3 of the final HoH competition.

During the #FinalHoH challenge, Steve and Vanessa found themselves tilting in the air as they played "Scales Of Just Us," and tensions soared as the two frenemies went head-to-head in a high-pressured guessing game.

First, Julie Chen read the competitors a question that one of the jury members answered. Then, she listed two possible answers, which forced Steve and Vanessa to select which answer they thought the former Houseguest actually gave.

The battle was close and it all came down to who had a better read on Johnny Mac. Maybe it was a lucky guess—or perhaps it was the nerdmance he shared with the dentist—but Steve beat Vanessa and won the final HoH competition of the summer. 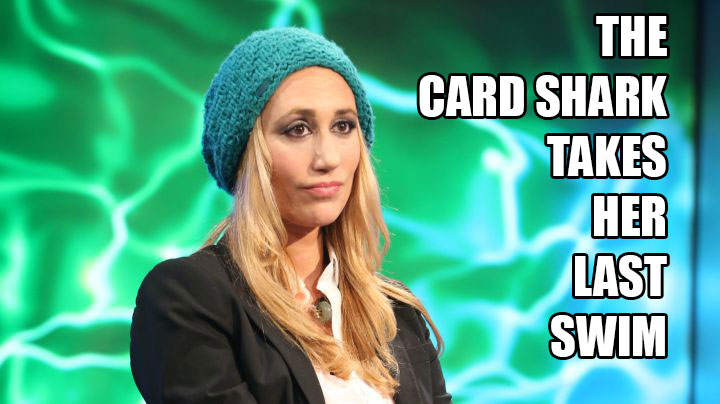 With the power in his hands, Steve had a major decision to make. Would he risk sitting next to an extremely talented Big Brother player, or would he pit himself against the youngest of the Austwins trio?

After weighing his options, the engineering student chose to fold the poker player's game and ultimately chose Liz to stay in the running for half a million dollars. 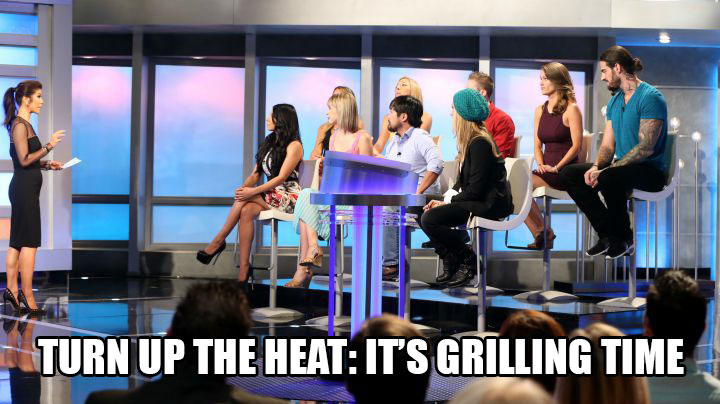 The Jury members grill the Final 2 contestants during the live interrogation.

Before casting their votes for the winning Houseguest, the Jury members assembled onstage to ask some hard-hitting questions—and they didn't hold back.

From Jackie drilling Steve about his floater strategy to Becky demanding to know if Liz made any game decisions on her own, the Jury thoroughly vetted the Final 2 contenders. But whose answers impressed them the most? 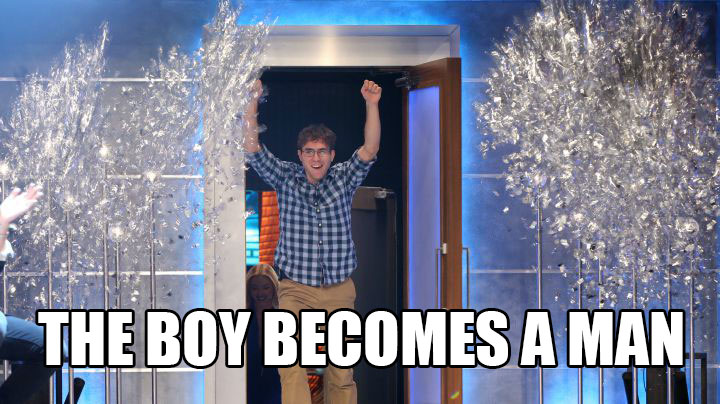 It was a moment the super-fan never expected to happen and one he certainly will never forget.

The self-proclaimed socially awkward trombonist came into the game looking to challenge himself and make lifelong memories, but he never considered he'd actually make it to the Final 2. After a passionate speech about his love of the game and his fellow Houseguests, Steve won over a majority of the Jury and beat Liz in a 6-3 vote.

Tears streamed down his face as he waded through a confetti downpour and made his way into his mother's arms. 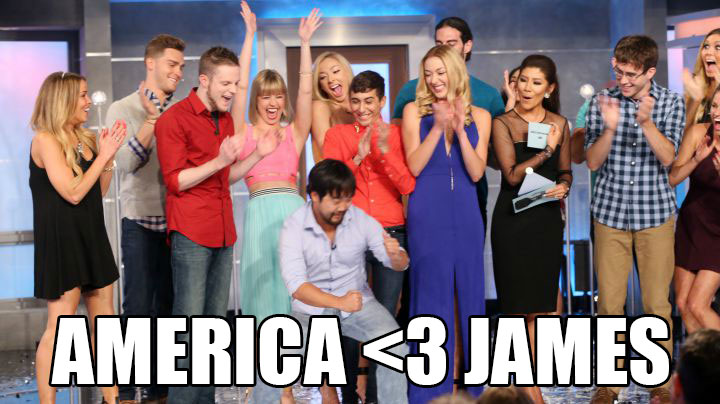 There were a lot of lovable contestants this season, but none made quite the impression that James Huling did. From sharing sweet stories about his daughter to scaring the bejeezus out of the other Houseguests, James stormed his way into the nation's heart to take home the title of America's Favorite Houseguest. Plus, the $25,000 cash prize wasn't too shabby, either.

Let's just hope he doesn't use the money to invest in an invisibility cloak. Congratulations, James!

While Season 17 of Big Brother has sadly come to a close, relive all the magic from previous seasons on CBS All Access. Until next year...