All The Best First-Time Moments Throughout Big Brother History

Let's revisit some more quintessential first-time moments in Big Brother history. Don't miss all-new episodes of Big Brother on Sundays and Wednesdays at 8/7c, and Thursdays at 9/8c—always on CBS and CBS All Access. 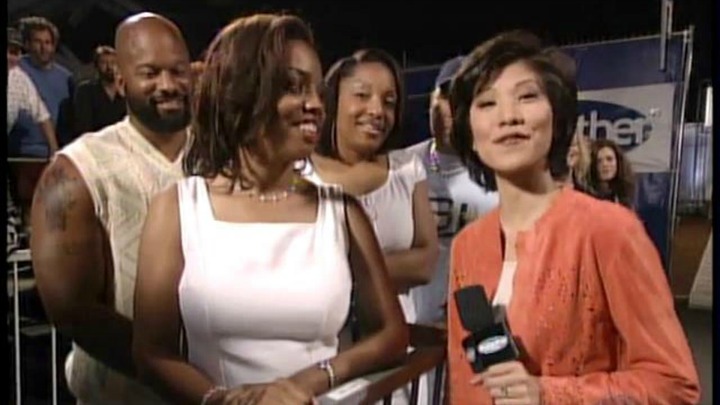 The first episode of Big Brother

On July 5, 2000, the fine citizens of the United States were introduced to the voyeuristic world of Big Brother, which originated as a popular series in the Netherlands.

For its debut season stateside, the show welcomed 10 Houseguests for an 88-day adventure that introduced the kinds of twists and turns fans have come to expect from the addictive series. In fact, one of the only things viewers can count on each season is a summer packed full of surprises! 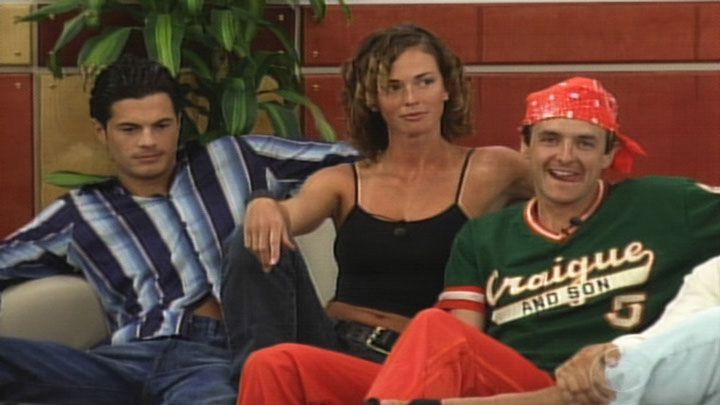 Big Brother's second season had a couple noteworthy firsts, including the show's first alliance, which was formed by Dr. Will Kirby, Shannon Dragoo, and Mike "Boogie" Malin, and dubbed "Chilltown."

All three members of the tight-knit trio were targeted by the other Houseguests, all of whom rallied together to form the show's second alliance, which was comprised of Bunky Miller, Kent Blackwelder, Nicole Schaffrich, Hardy Ames-Hill, Monica Bailey, and Autumn Day. This collective called themselves "TOP"—also known as "The Other People"—and their top priority was to break up Chilltown.

TOP managed to get Shannon and Mike "Boogie" evicted, but the crew eventually turned on each other and disbanded soon thereafter.

It was definitely nice while it lasted, though.

To see the loyalties form, watch Big Brother Season 2 on CBS All Access. 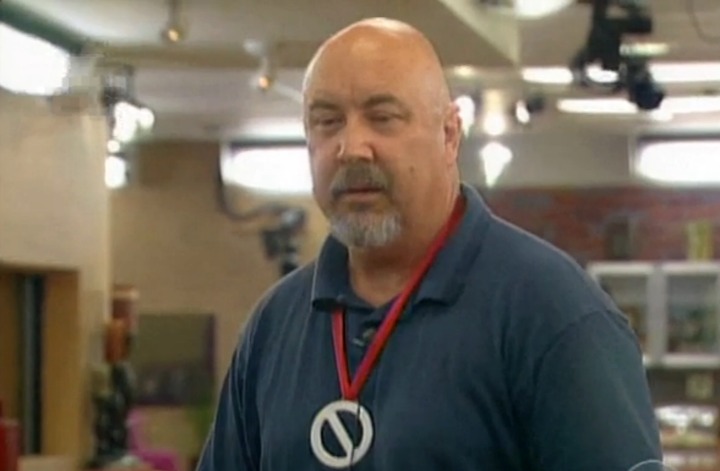 The first Power of Veto competition

It's hard to imagine a time in Big Brother history where the coveted Power of Veto wasn't up for grabs, but the shiny token of safety wasn't introduced to the game until Season 3.

Initially, Houseguests competed for the then-silver Power of Veto, which only granted them with the power to remove someone else from the block. It wasn't until the end of the season that the POV turned gold and allowed each week's winner to remove him or herself from the block, too.

To see the first POV in action, watch Big Brother Season 3 on CBS All Access. 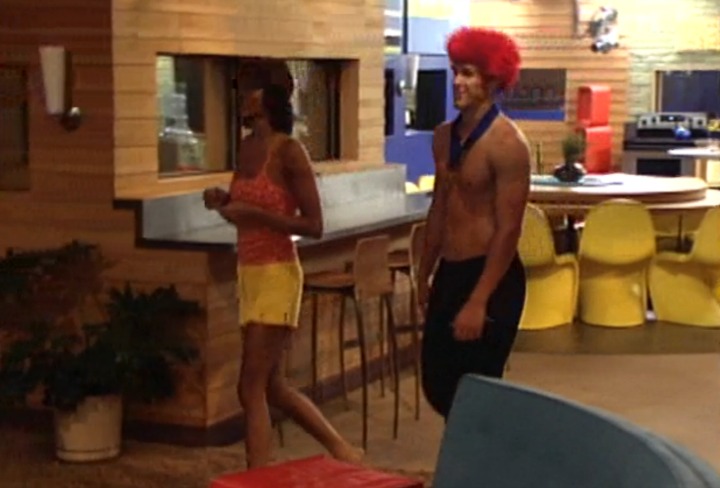 The first hanky-panky caught on the Big Brother cameras

Over the years, we've seen our fair share of Big Brother showmances, but this particular pairing was unprecedented up until Season 4.

Houseguests David Lane and Amanda Craig shocked viewers everywhere when they became the first Big Brother couple to fool around in the HOH room. Sometimes passion can't be quelled—even when it's being monitored on national television!

To see why David and Amanda made national headlines, watch Big Brother Season 4 on CBS All Access. 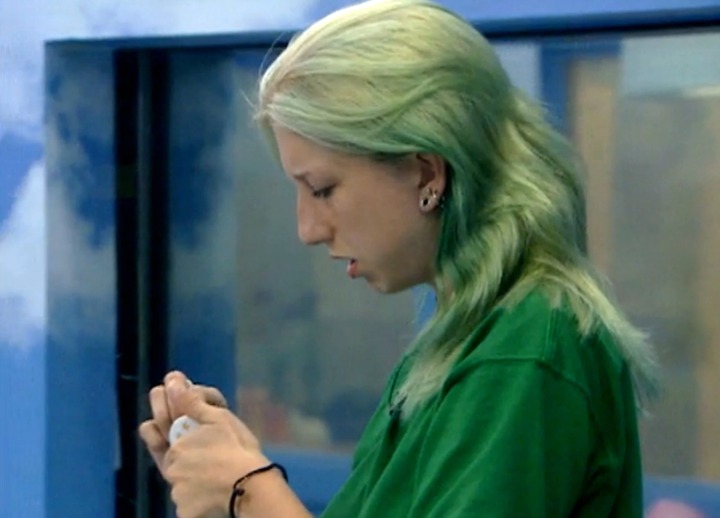 The first "Six Finger Plan" used to backdoor another Houseguest

Since the beginning of the series, Houseguests came up with methods to eliminate potential threats to their own game; but, it wasn't before Nakomis Dedmon created the "Six Finger Plan" that backdooring another Houseguest became legendary—and now somewhat commonplace.

Nakomis' strategy required the following: a six-person alliance, a willingness by all alliance members to be placed on the block prior to the POV competition, and a clear target. Once she had her alliance's support, Nakomis proceeded with her plan by putting up two members.

Then, each of those members selected one of the two remaining people in the alliance to participate in the POV competition. When alliance member Drew Daniel won the POV, he used it to take himself off of the block, allowing Nakomis to replace him with her real target and nemesis, Jase Wirey!

To see the "Six Finger Plan" play out, watch Big Brother, Season 5 on CBS All Access. After spending five years on the ground floor of alternative TV, Big Brother took things to new heights for Season 6 when the show moved locations, and the floor-plan received a major makeover.

The new expansion added an extra incentive to becoming HOH because the second story would be a somewhat secluded sanctuary for whoever won HOH that week. Not too shabby, right?

To see the new digs, watch Big Brother Season 6 on CBS All Access. 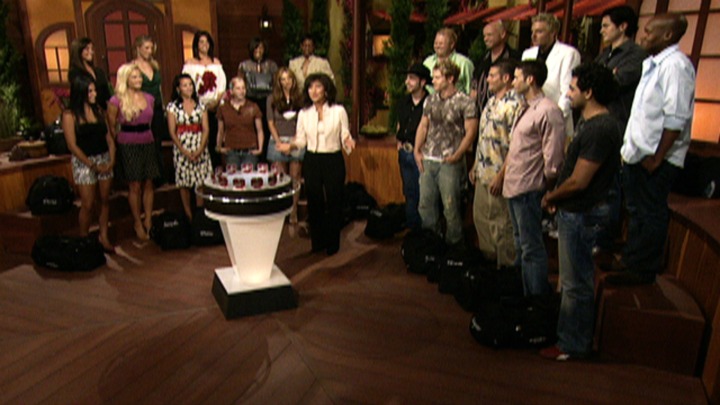 The first season of Big Brother All Stars

What happens when you take 14 former Houseguests, put them under the same roof, and have them compete for $500k? Three months of fun, strategizing, and a whole lotta drama!

Season 7 of Big Brother, commonly referred to as the All-Stars season, marked the first time the show's cast consisted entirely of BB vets. By taking the returning HGs prior knowledge of the game and combining it with their hunger for redemption—or, in Dr. Will's case, a chance to win again—made for a hugely memorable summer.

To see these pros duke it out, watch Big Brother Season 7 on CBS All Access. 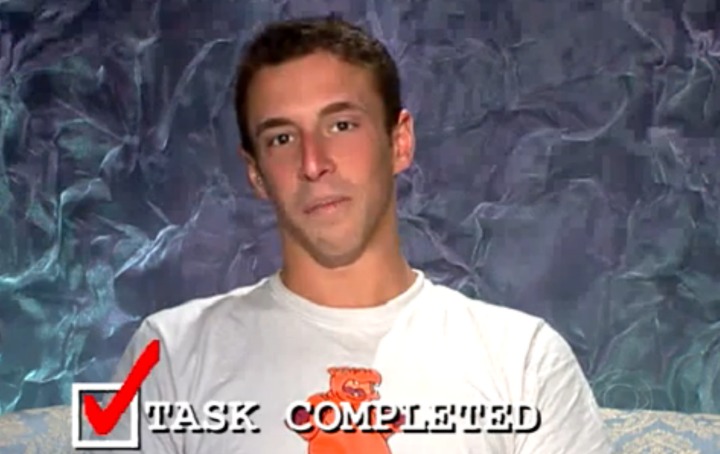 The first Houseguest to be dubbed "America's Player"

With the introduction of America's Vote in Season 8, Big Brother made the unprecedented decision to give fans a say in what went down inside the house.

Eric Stein, the lucky Houseguest selected by America, was tasked to complete 28 different challenges that were voted on by viewers online and via text message. The challenges ranged in difficulty, but the prize remained the same—$10,000 for every five completed tasks.

In the end, Eric completed 20 out of the 28 assignments; so, while the New York native didn't walk away the winner of Big Brother, he did take home a whopping $40k! 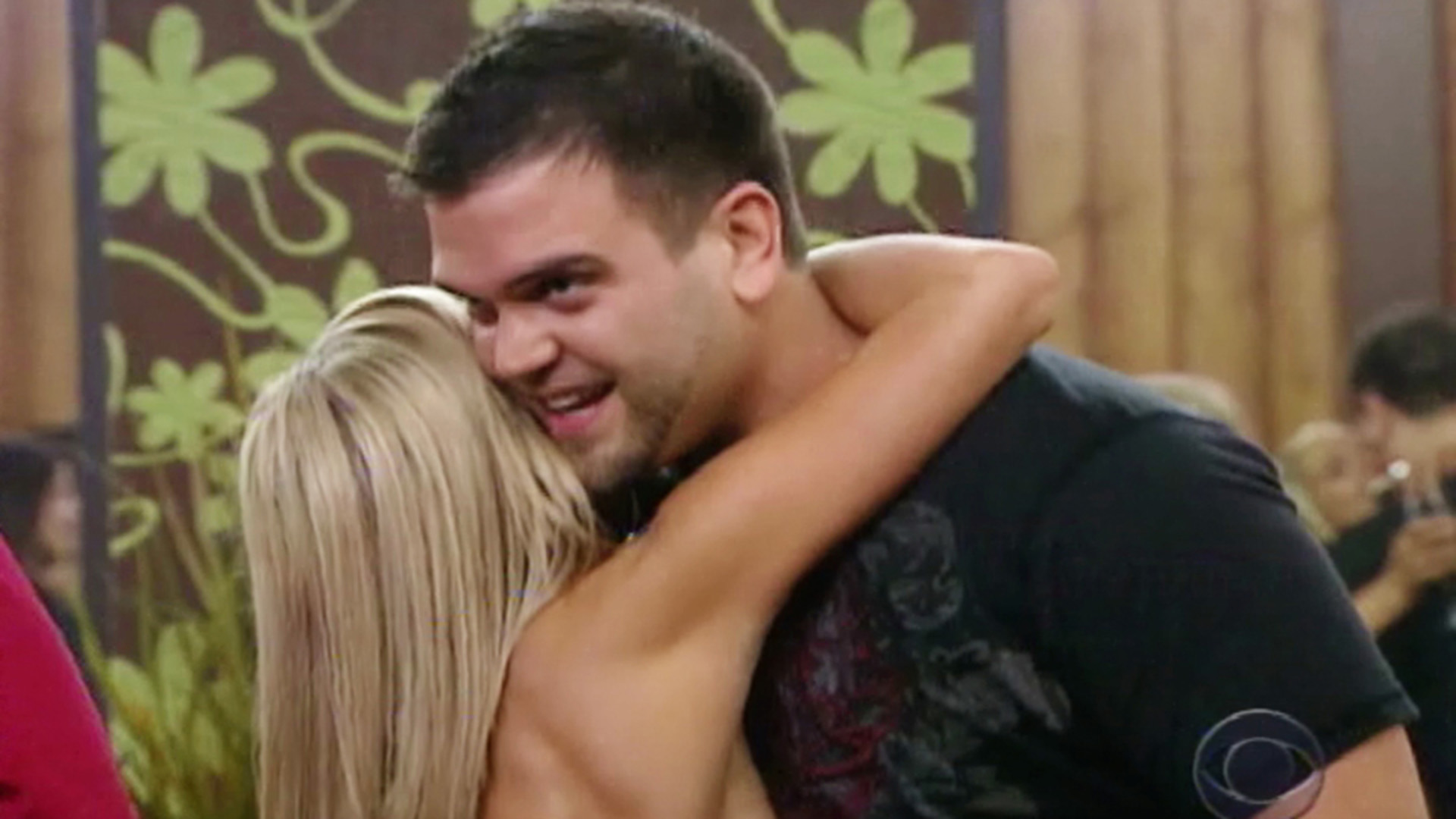 From the series' premiere in 2000, Big Brother was a game played by individual Houseguests, but when Season 9 rolled around, each HG was matched with their "soulmate" to compete for HOH, POV, et al together.

Fittingly, this season was known as "'Til Death Do Us Part," and watching the couples duke it out for the grand prize was nothing short of an emotional roller coaster.

To see how these pairs fared all summer, watch Big Brother Season 9 on CBS All Access. 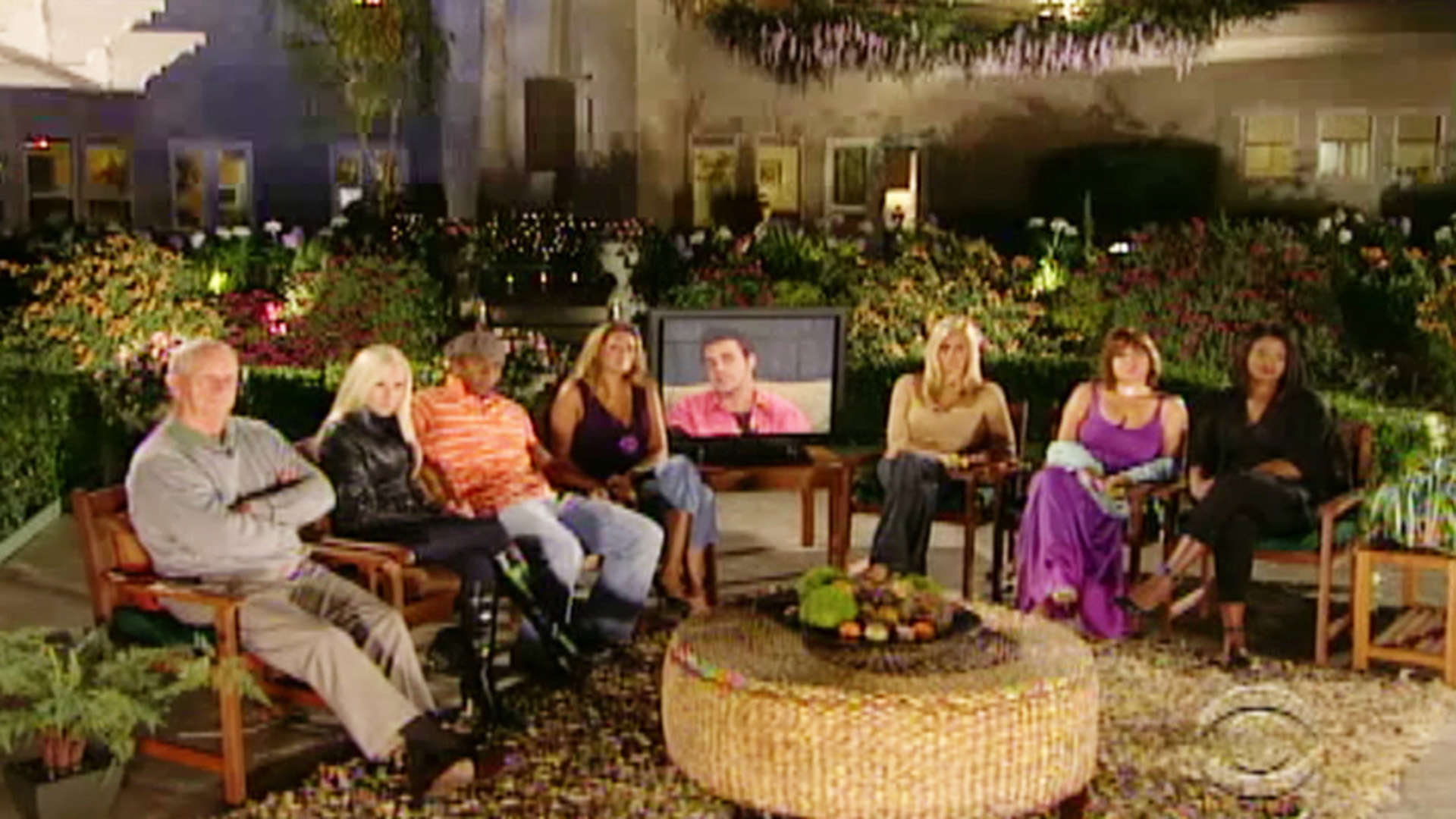 The first winner to never receive any eviction votes

To this day, Season 10 winner Dan Gheesling remains a fan favorite. Why? Partly because he was the first player to ever win Big Brother without ever being voted for eviction.

Sure, Memphis Garrett made it to the season finale right there with him, but there was no question that Dan deserved the epic win. After all, being crowed the winner of his season by a unanimous jury is no small feat.

To see how Dan made it to the end, watch Big Brother Season 10 on CBS All Access. 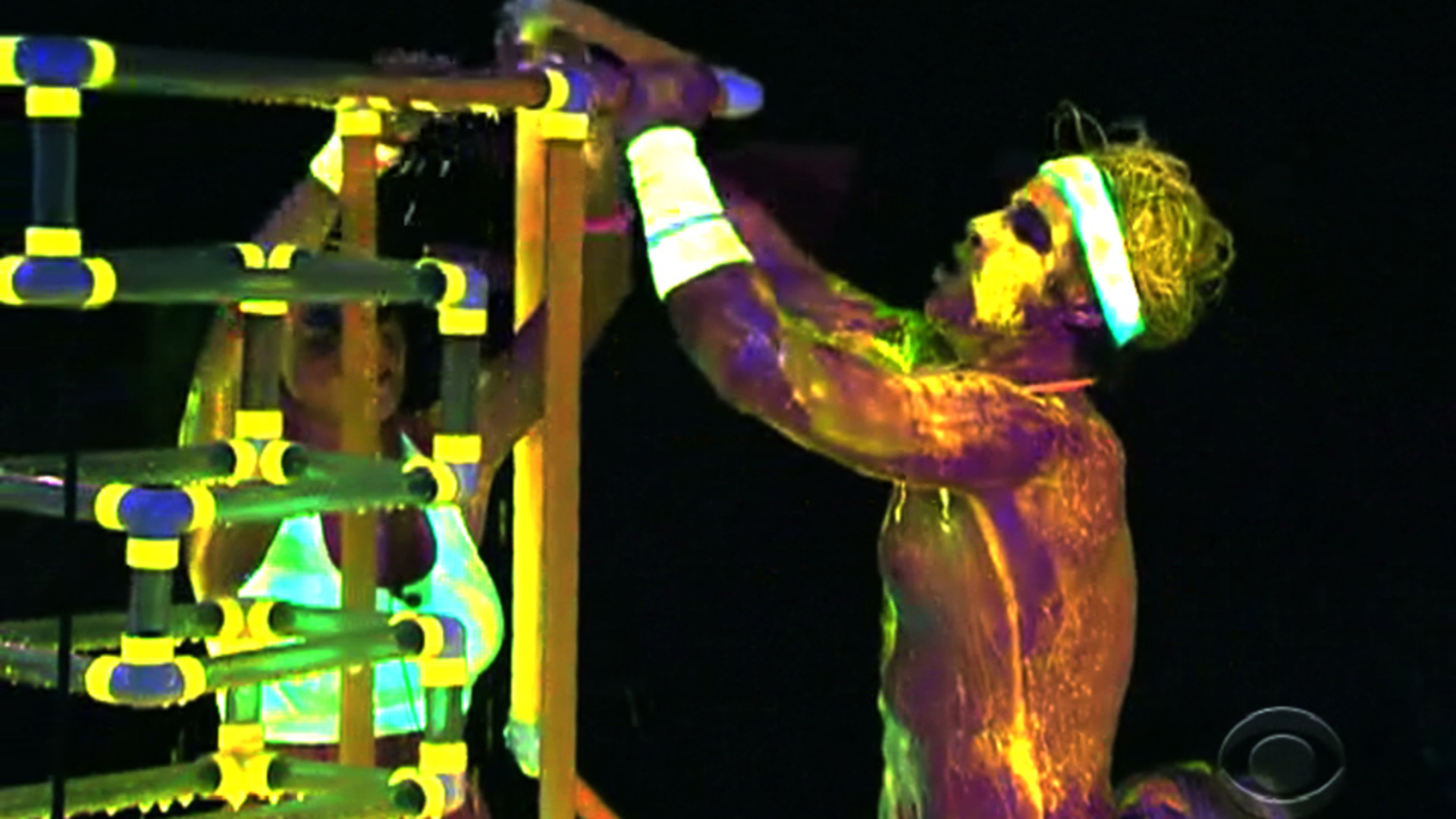 The Houseguests in Season 11 were thrown for a loop when they learned about the first-ever Have/Have-Not competition, which was called "Big Brother Rave" and required the losing group would have to endure seven days of the most grueling living conditions in BB history. Luckily for Chima Simone, Michele Noonan, Ronnie Talbott, they partied through the pain and ended the week relatively unscathed.

Additionally, this season of Big Brother was the one that brought together Jeff and Jordan Schroeder and, as they say, the rest is history.

To see the inaugural Have/Have-Not competition and love blossom between Jeff and Jordan, watch Big Brother Season 11 on CBS All Access. 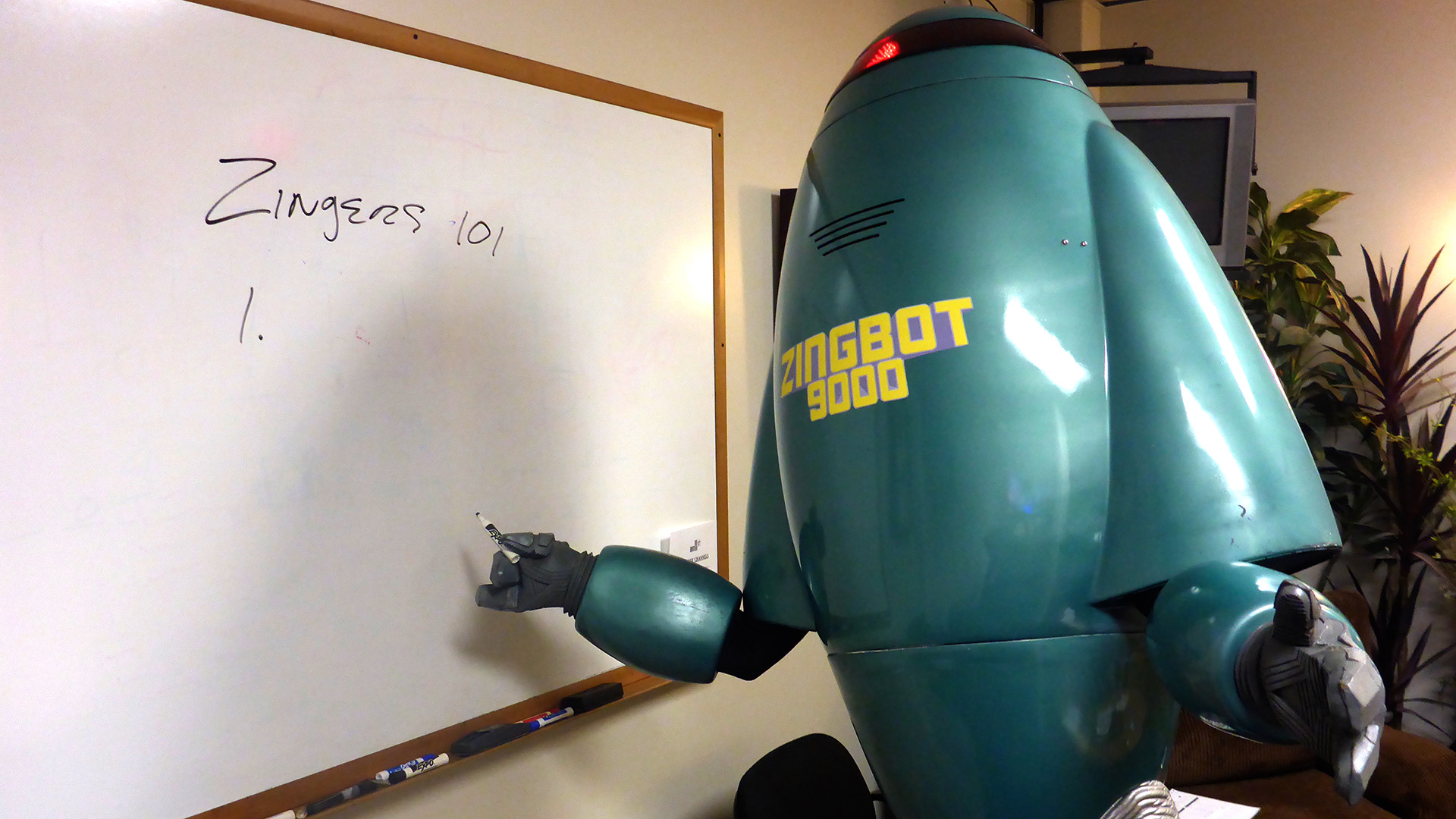 The first appearance by Zingbot

Each summer, Big Brother fans look forward to an appearance from Zingbot, BB's resident joke machine, who made his on-screen debut in Season 12 where a 3000 version of the lovable robot surprised the sleeping Houseguests with his computerized voice and towering presence.

Sure, the Houseguests tend to cringe every time Zingbot flings a loving insult in their direction, but he's become such a hilarious highlight over the years that Big Brother wouldn't be the same without him.

To see Zingbot dish out his first zing, watch Big Brother Season 12 on CBS All Access. 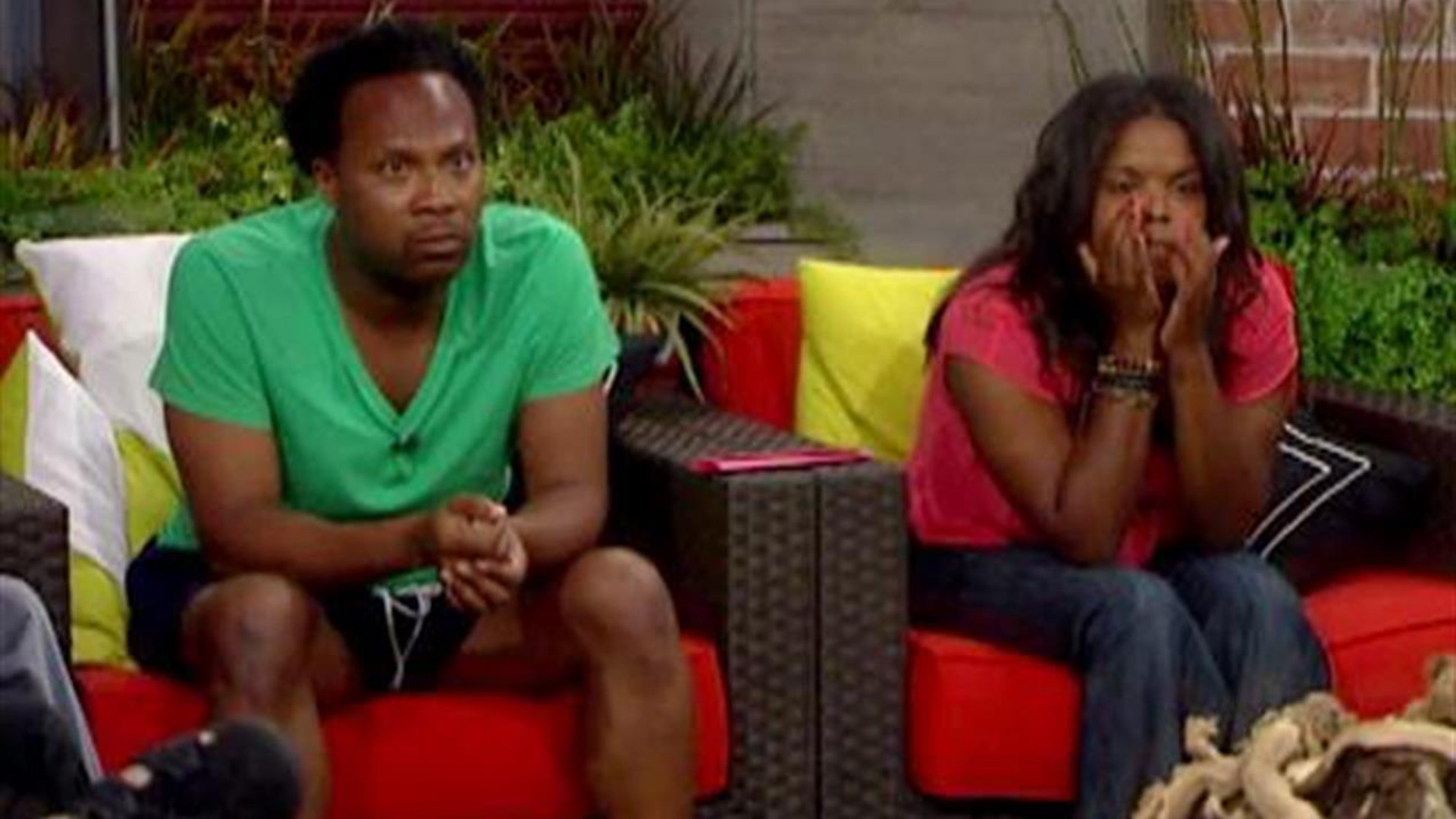 The first Golden Key was handed out

Soon thereafter, Rachel Reilly broke the news that Dick was leaving the game due to personal reasons, but all was not lost; his daughter, Daniele, was given the show's first ever Golden Key, a unique advantage that would ensure her safety in the game until only 10 Houseguests remained.

The perk was a mixed blessing for Daniele, though. Sure, she wouldn't be eligible for eviction, but she was saddened by her dad's departure and part of the advantage meant she'd have to sit on the sidelines for four weeks, unable to compete in any competitions, which is the ultimate bummer for any superfan.

To see Daniele's reaction to the Golden Key, watch Big Brother Season 13 on CBS All Access. 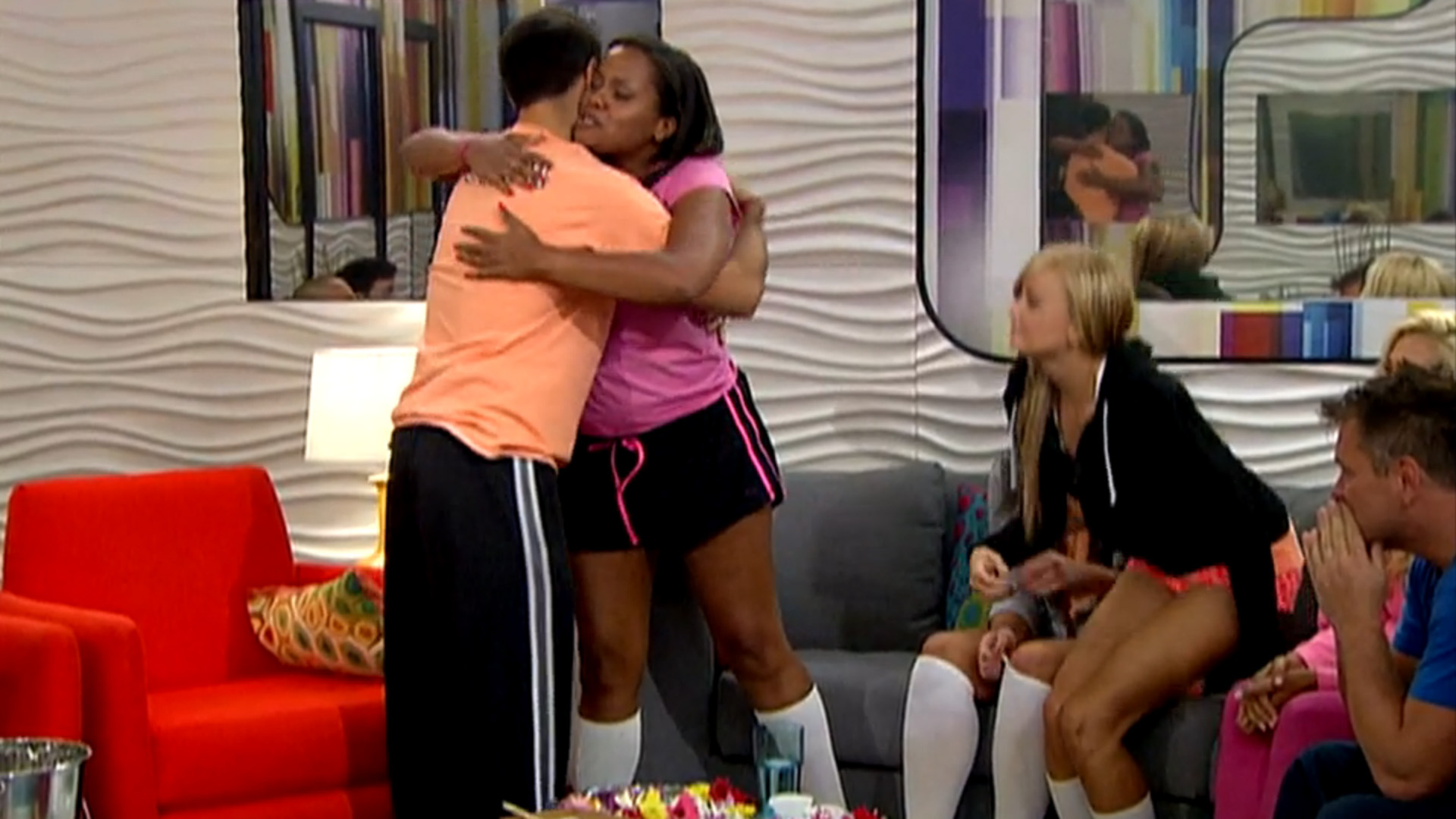 The first Houseguest to get eliminated on Day 1

For Season 14, four former players returned to act as coaches to the cast of 12 new Houseguests and, for the first time in Big Brother history, coach Dan Gheesling (originally from Season 10) had to make a huge decision on Day 1—he'd have to send one of his three players packing during the first 24 hours.

After weighing his options, Dan and the rest of the house said goodbye to Jodi Rollins, whose BB dreams were dashed before they had the chance to come true.

To see Jodi's reaction to leaving the game so early, watch Big Brother Season 14 on CBS All Access. 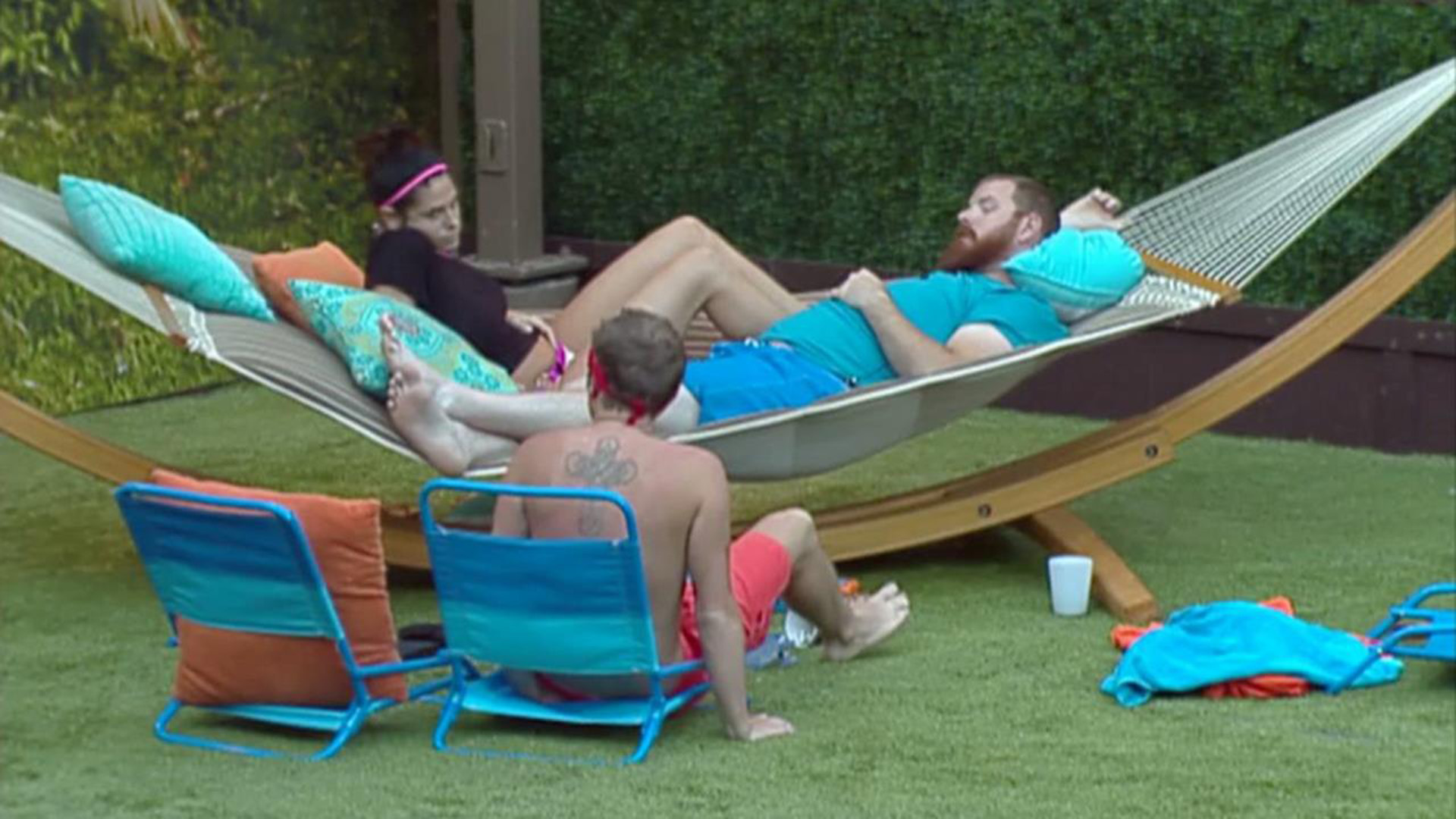 Season 15 marked the first time in Big Brother history when a jury member was given an opportunity to re-enter the house and compete for the grand prize—again.

During the "Off The Wall" Head of Household competition, Judd Daugherty beat out Candice Stewart with some impressive balancing tricks and strutted back into the BB house. Judd didn't end up winning $500k, but he did manage to stick around long enough to land fifth place in the game!

To see Judd return to the house, watch Big Brother Season 15 on CBS All Access. 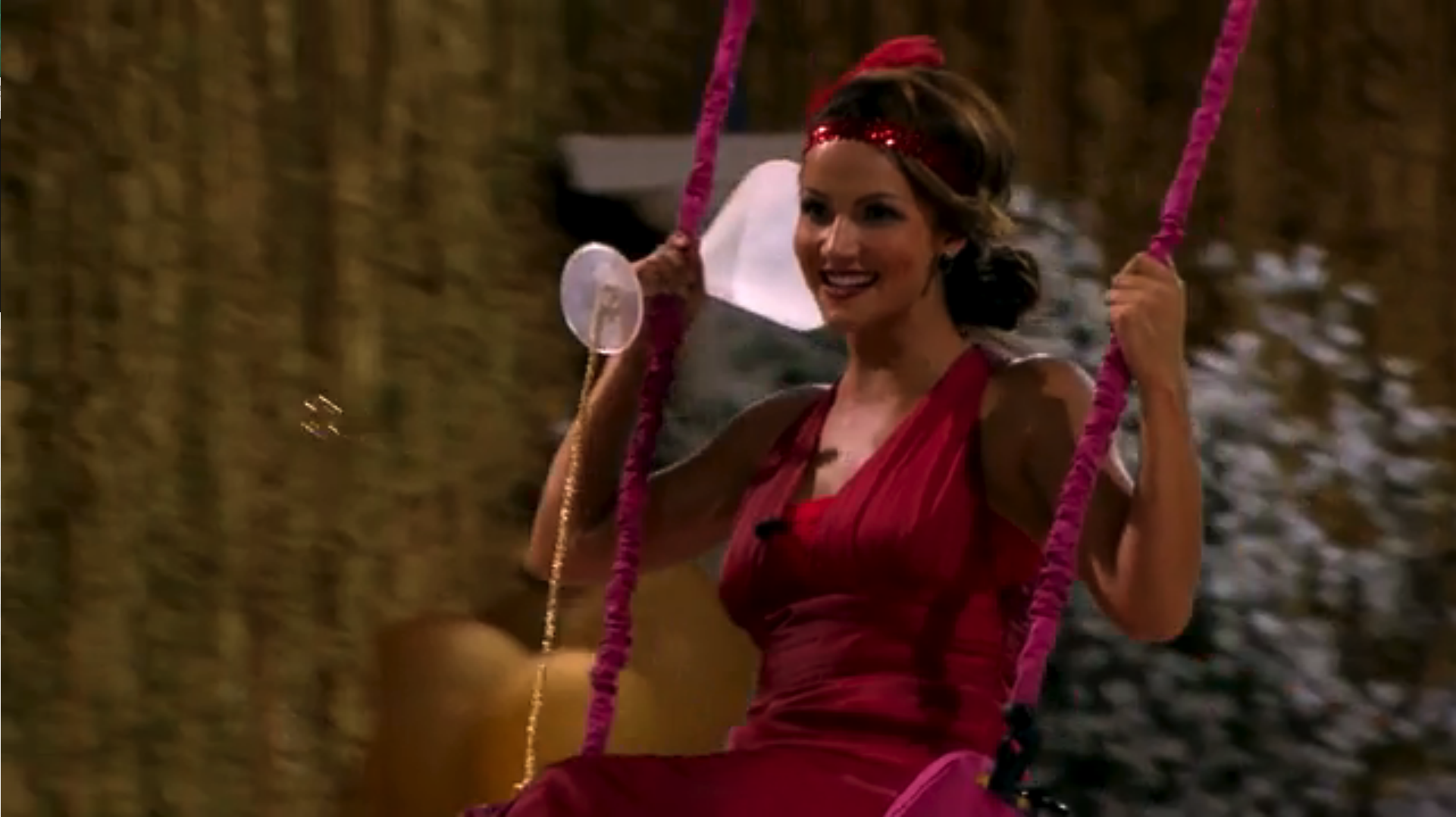 The first Battle of the Block competition

Season 16 ushered in a brand-new twist that threw both Feeders and Houseguests for a loop: enter the Battle of the Block competition. Here's how it worked:

Two HOHs were named each week; then, each HOH would nominate two other Houseguests for eviction. The Battle of the Block would then pool all four nominated HGs and pit them against each other in pairs. The winning couple would be safe from eviction and the HOH who put them up would be dethroned. In turn, the losing two Houseguests would remain on the block and, thus, the corresponding HOH would stay in power—until the next week, that is, when the competition happened all over again.

To see the first ever Battle of the Block competition, watch Big Brother Season 16 on CBS All Access. Season 17 was an important one for Houseguest Audrey Middleton, a digital media consultant, as well as for Big Brother itself. For the first time in BB history, a transgender individual was cast to compete in the show.

At first, Audrey was trepidatious to enter the house, but once she shared her personal story with her fellow Houseguests, Audrey was showered with nothing but support from her BB Season 17 family and her bravery continues to inspire people all over the world.

To see Audrey's journey in the house, watch Big Brother Season 17 on CBS All Access.