Get Tempted By The Look Of Big Brother's New House

Care for a tour of the Big Brother Season 19 house before the season premiere on Wednesday, June 28 at 8/7c? Well, what are you waiting for? Check out each room for yourself and see why this season carries the theme of the "Summer of Temptation." Don't miss the two-hour season premiere of Big Brother on Wednesday, June 28 at 8/7c on CBS and CBS All Access. 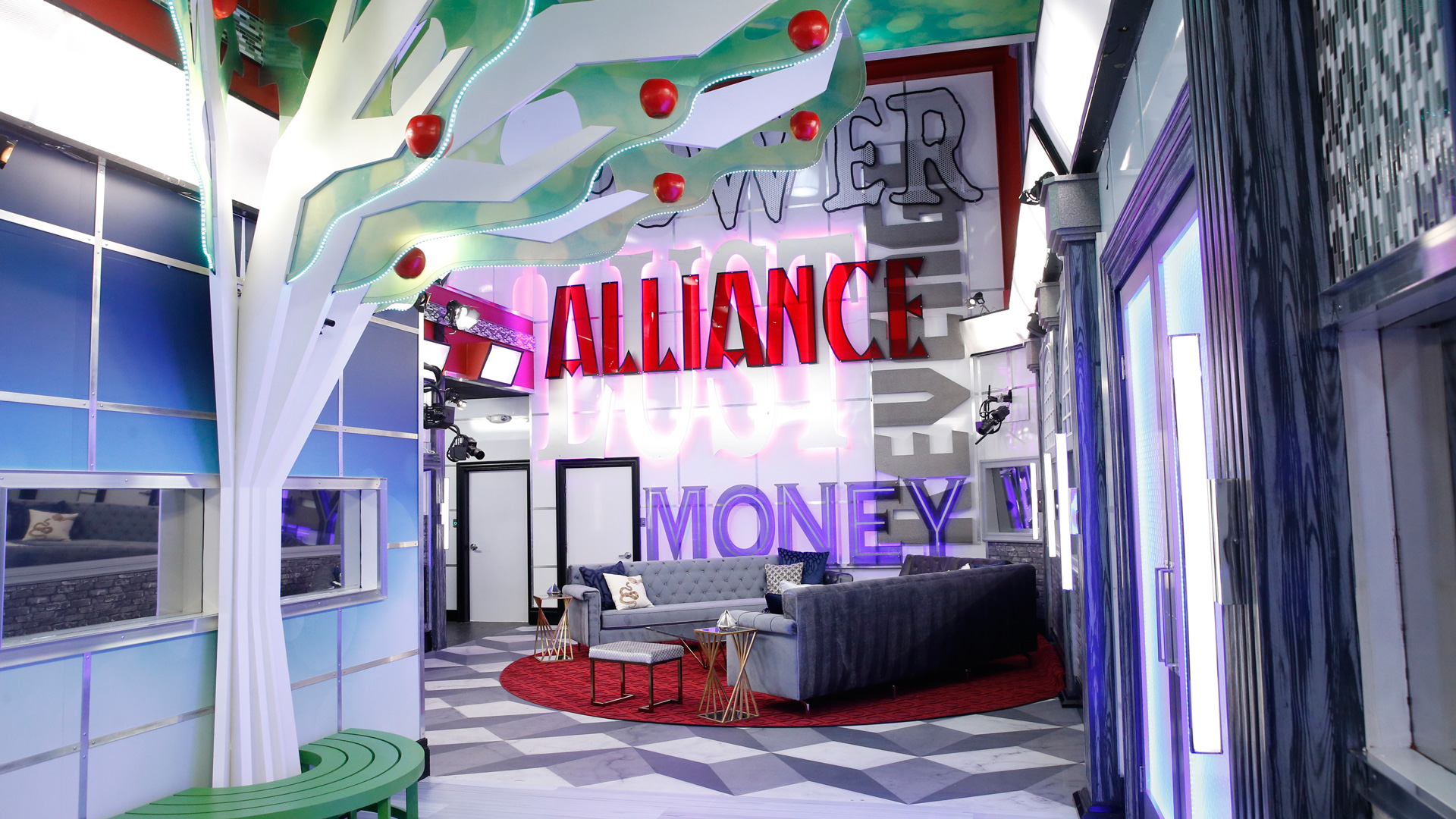 It's finally summertime and that means one thing: Big Brother! It's all about temptations in the show's 19th season premiering on Wednesday, June 28 at 8/7c on CBS and CBS All Access.

This season's new twist—dubbed the Summer of Temptation—will challenge the group in a way fans have never seen before, with tempting offers including money, power, and safety in the game. But there's a catch—with every temptation taken, a consequence will follow.

Before fans of the show watch the new batch of Houseguests walk into the decorative house, let's take a peek into the place the excited competitors will soon call home.

The interior decór features vibrant tones of gold, purple, and blue, larger-than-life trees and apples, and symbols of wealth, luxury, and power.

Dying to see it all? Go ahead and click through to see snippets of each room, or better yet, let hostess Julie Chen lead the way in an exclusive tour. 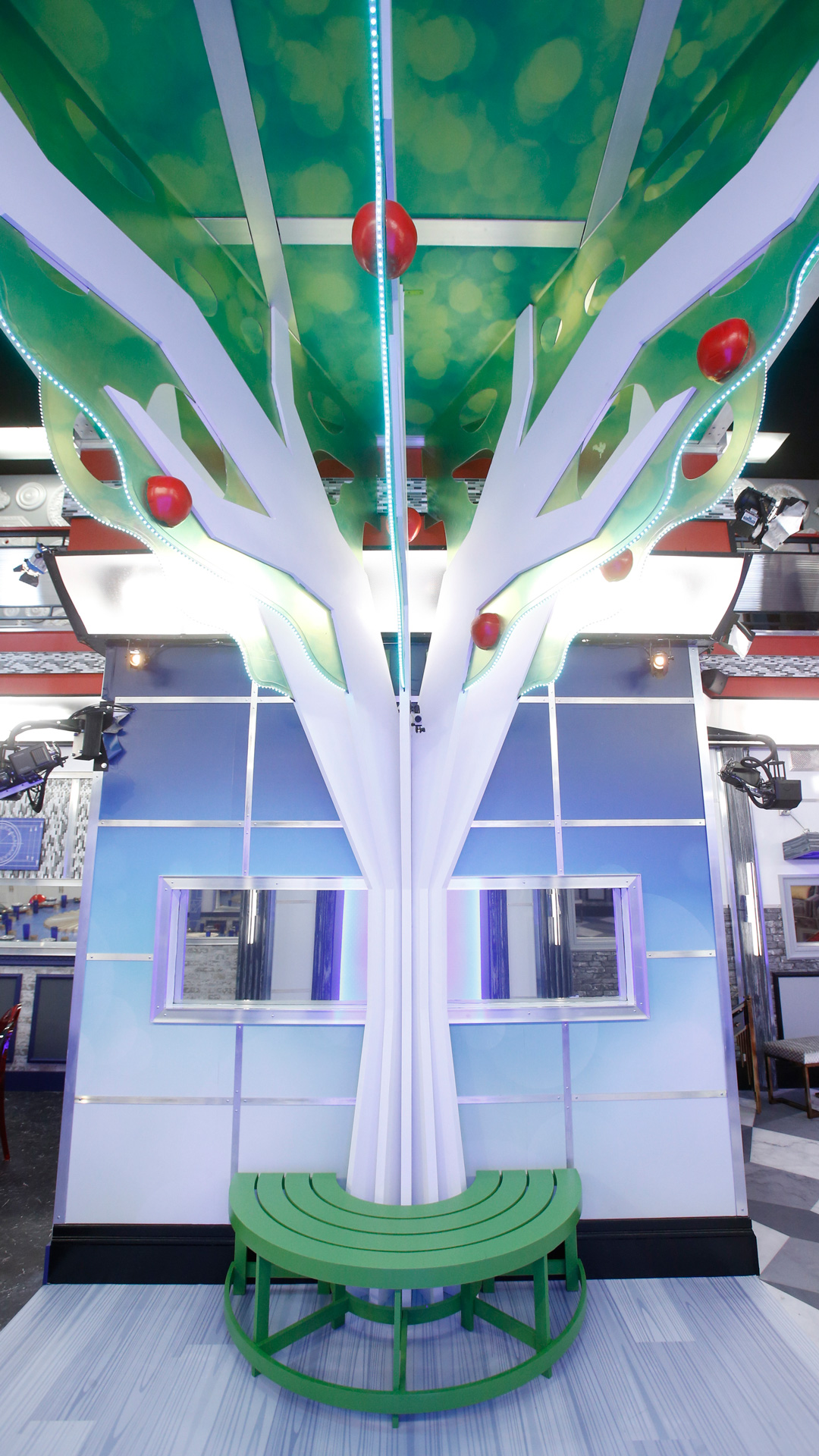 A massive tree will greet the Houseguests on Day 1. 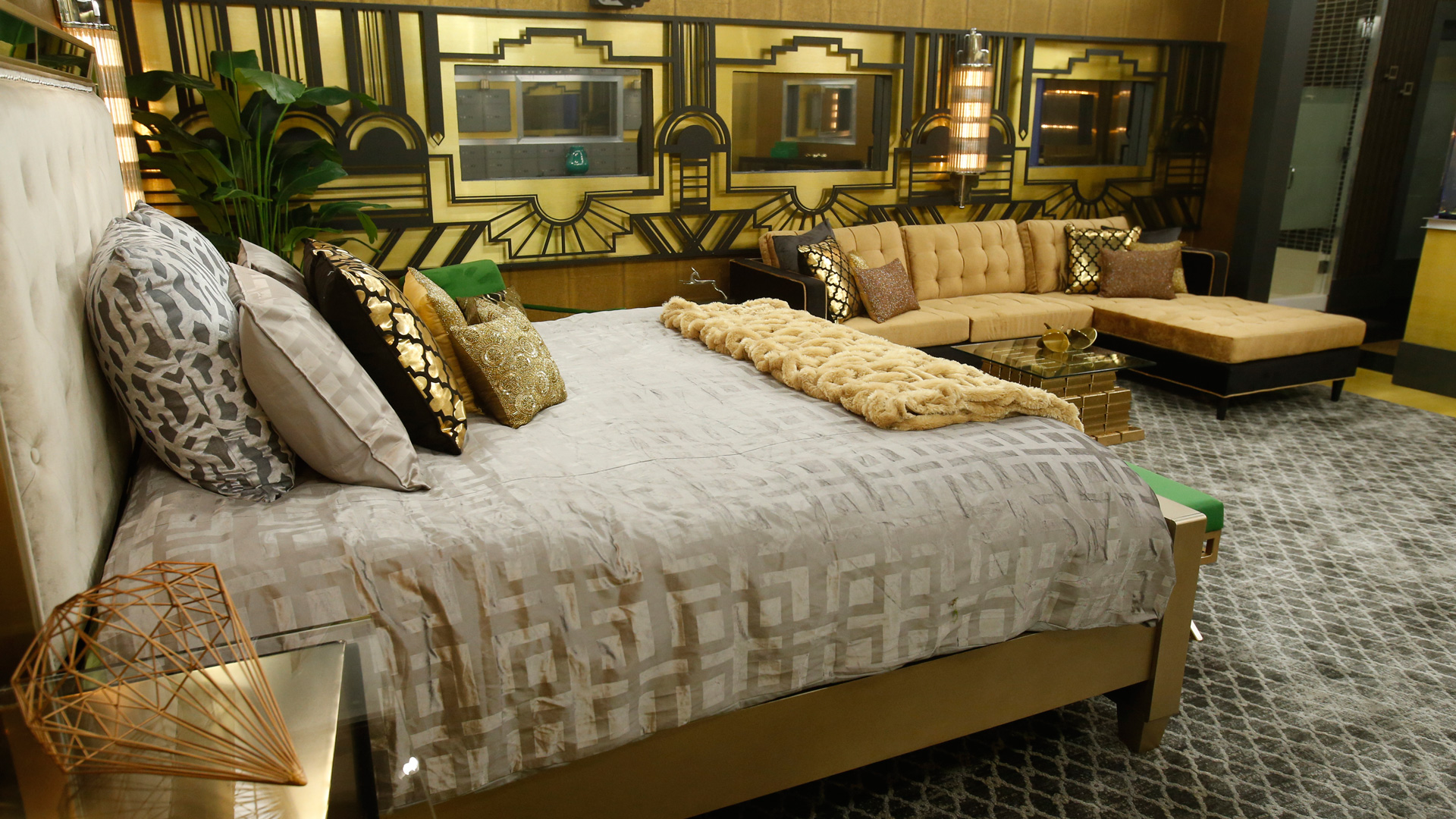 Check out this season's golden Head of Household throne room.

Gold, gold, and... more gold. This BB19 suite is pure greed with its shimmery walls, floors, bricks, and side tables. 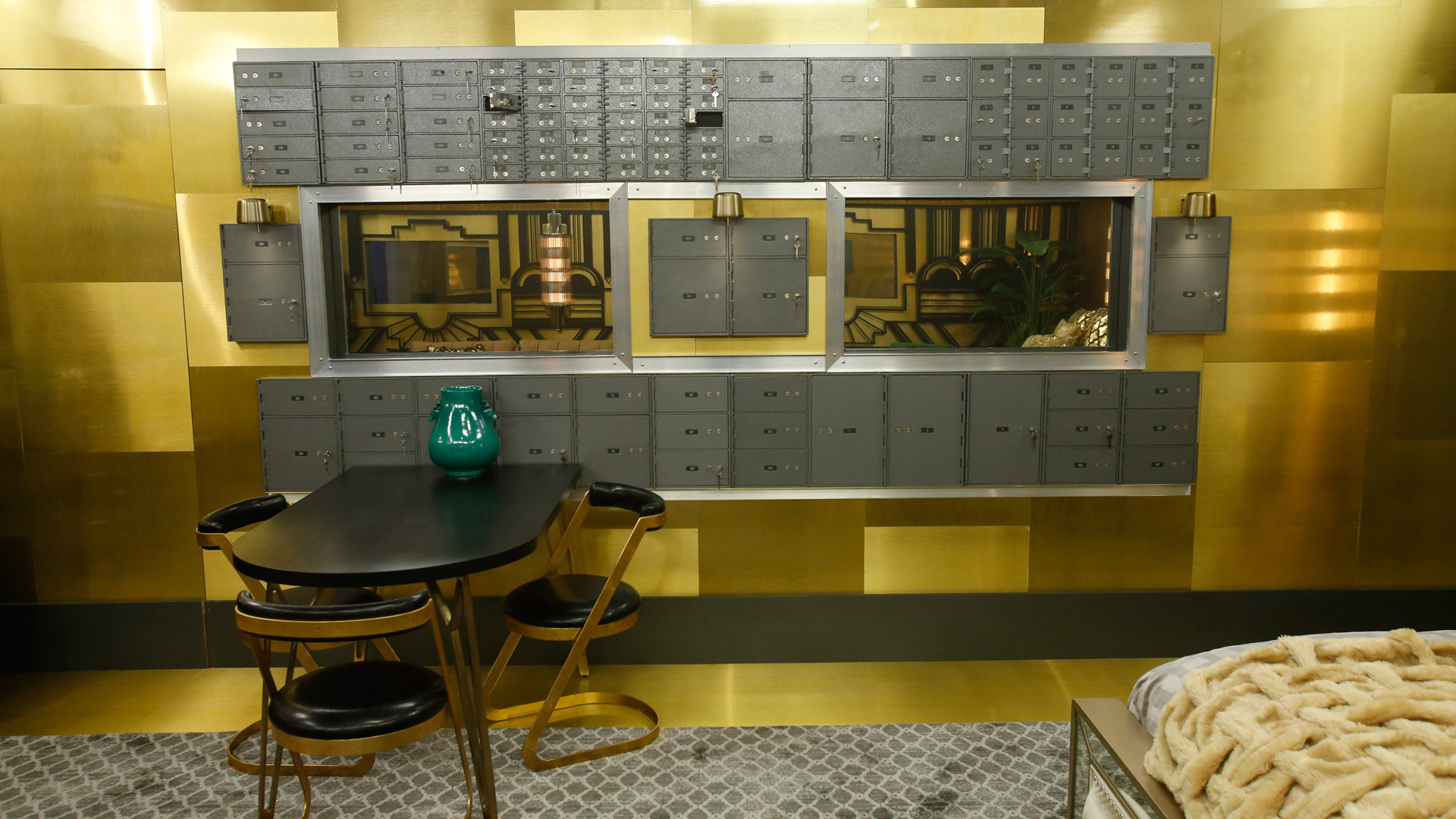 The designers used real safety deposit boxes to make up one wall of the room that is divided by an aquarium stocked with tropical fish. 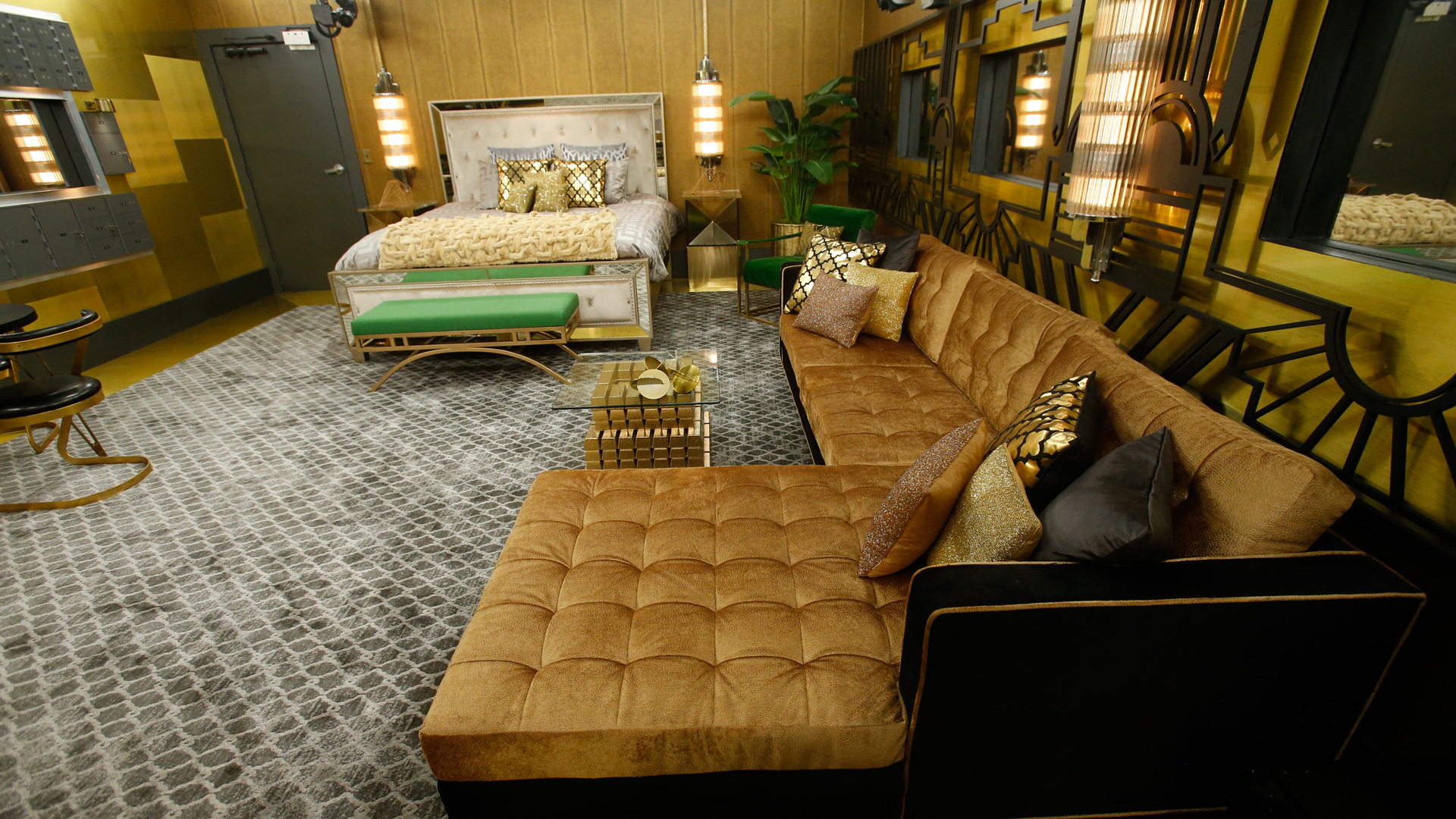 It's style for miles.

As you can see, the HOH suite is quite large and offers up only the most regal places to relax and strategize. 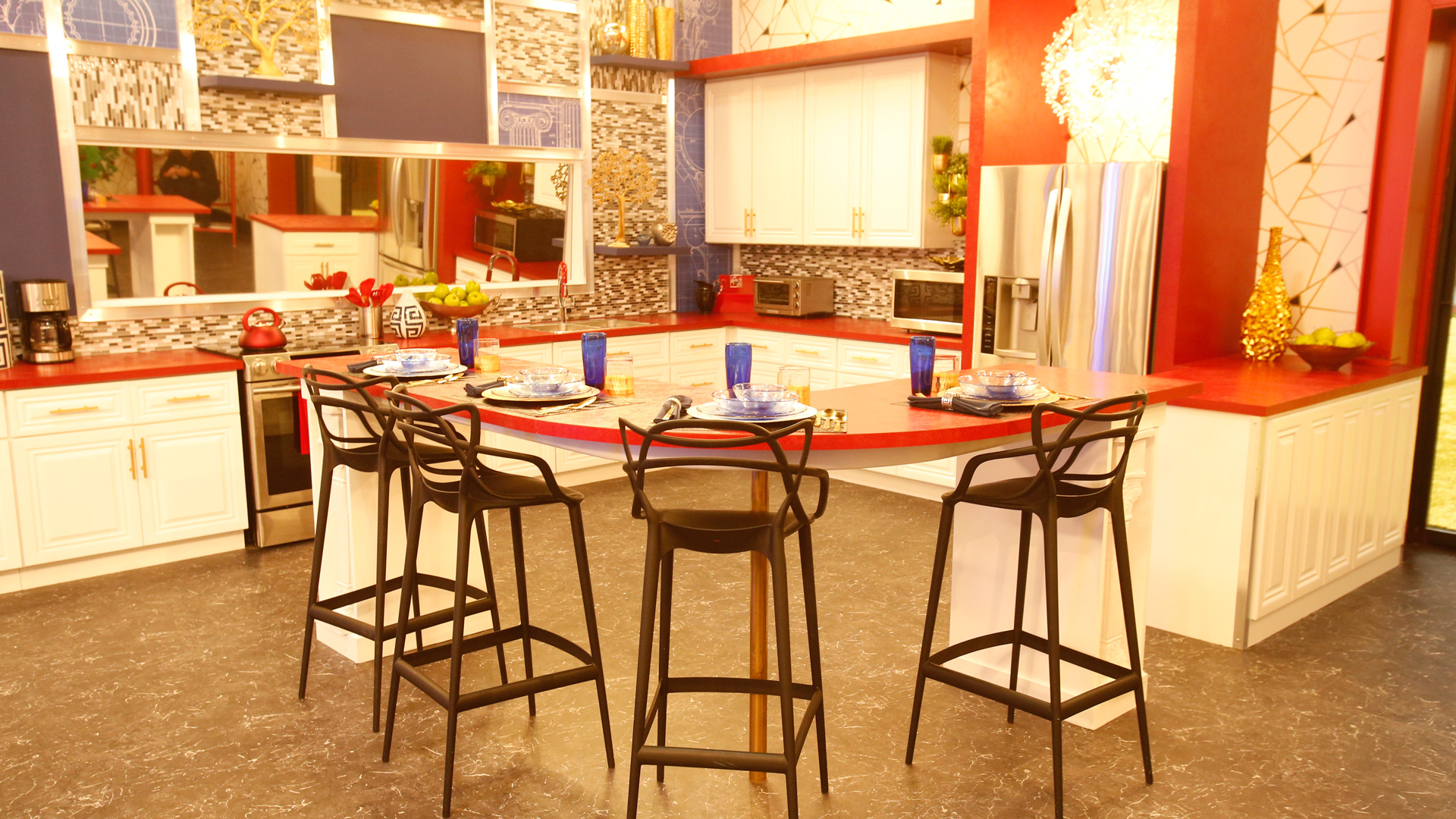 What temptations will be cooked up in the kitchen?

The BB kitchen fans know and love has taken on a new look for Season 19, featuring classic architectural drawings and Greek details. 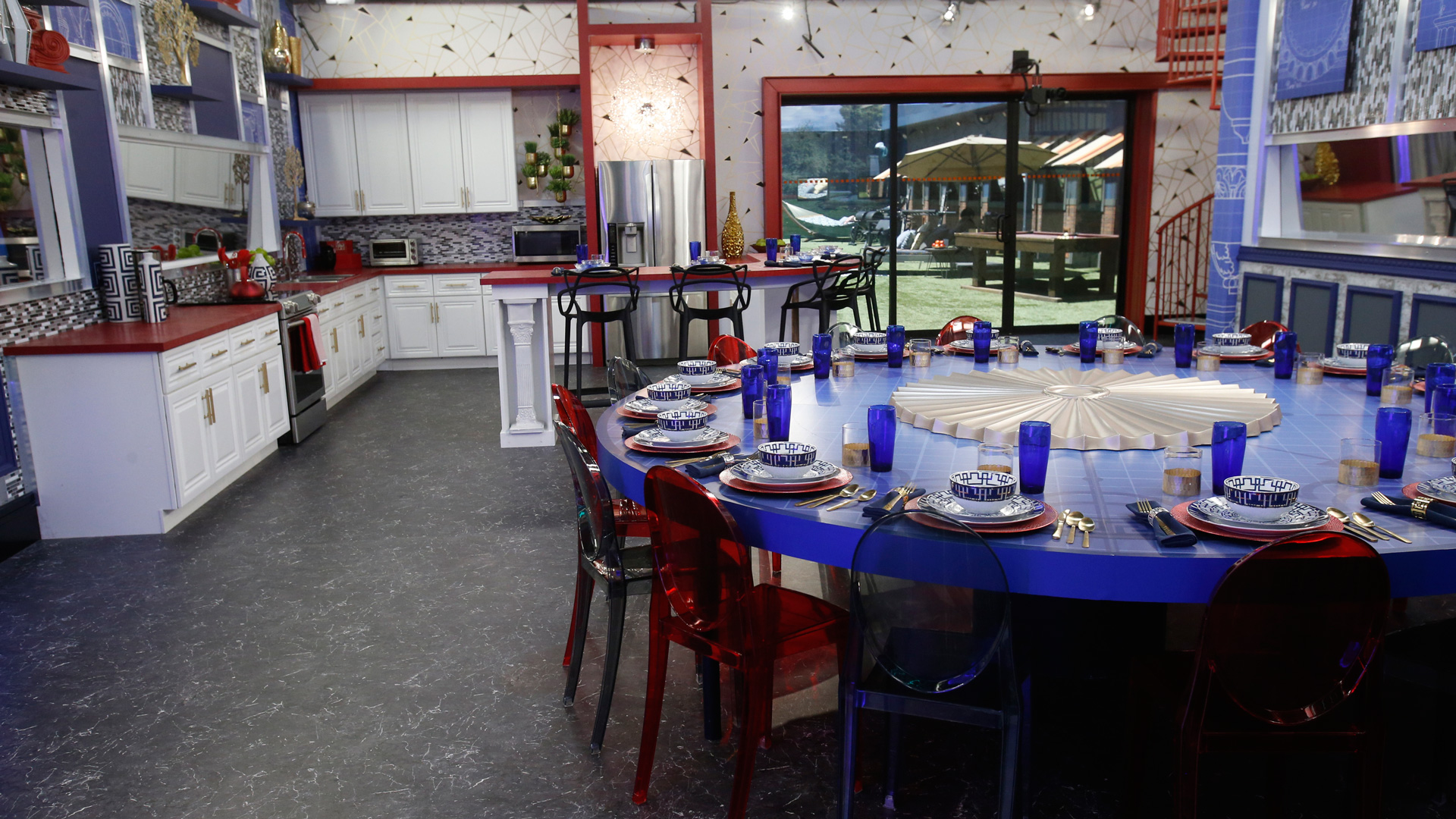 Here's where the Houseguests will cook, dine, and converse for the next 99 days. 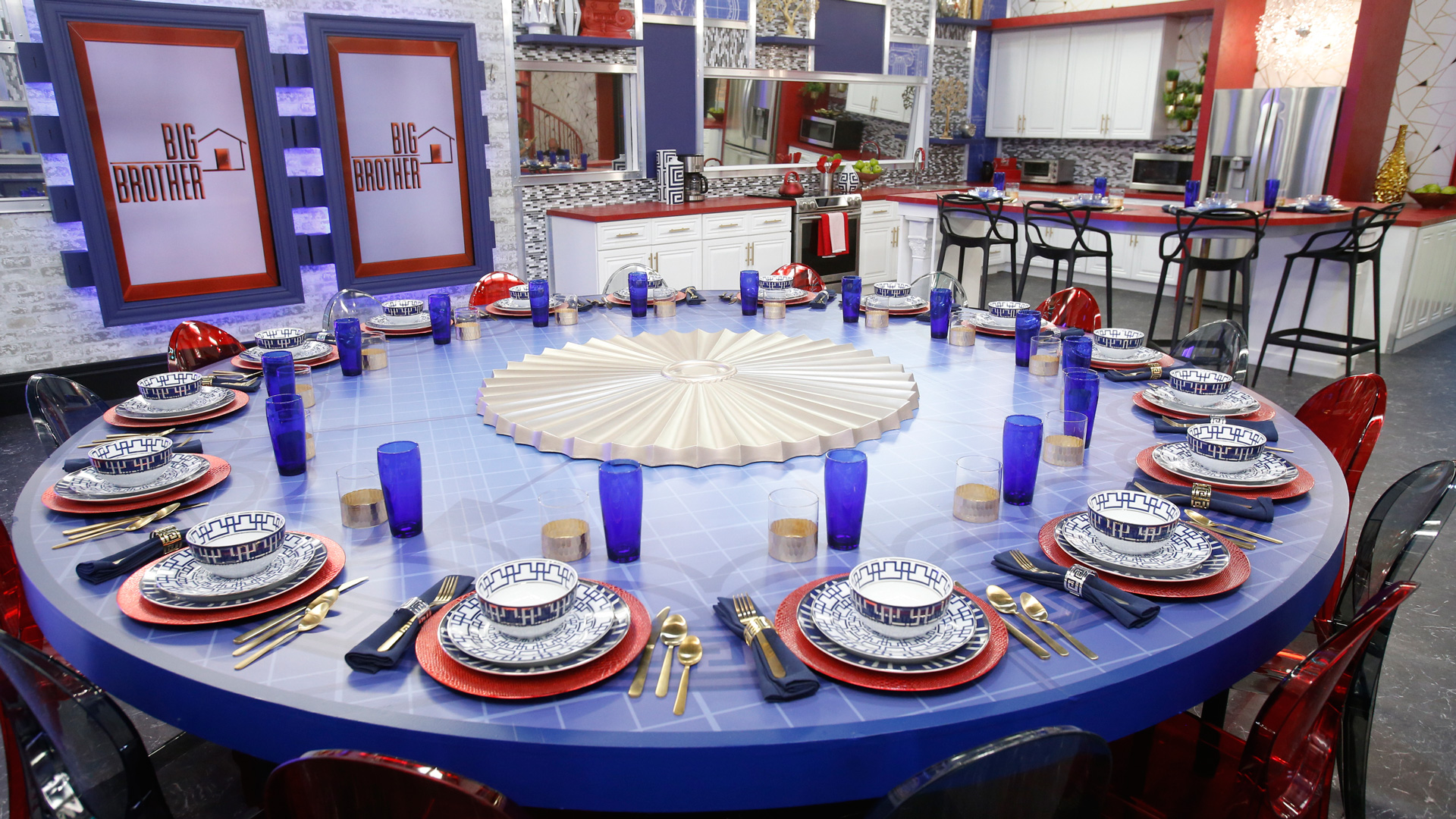 Grecian key ring embellishments line the dishware on the table.

These Houseguests should consider themselves pretty lucky to be living with such high end furnishings. 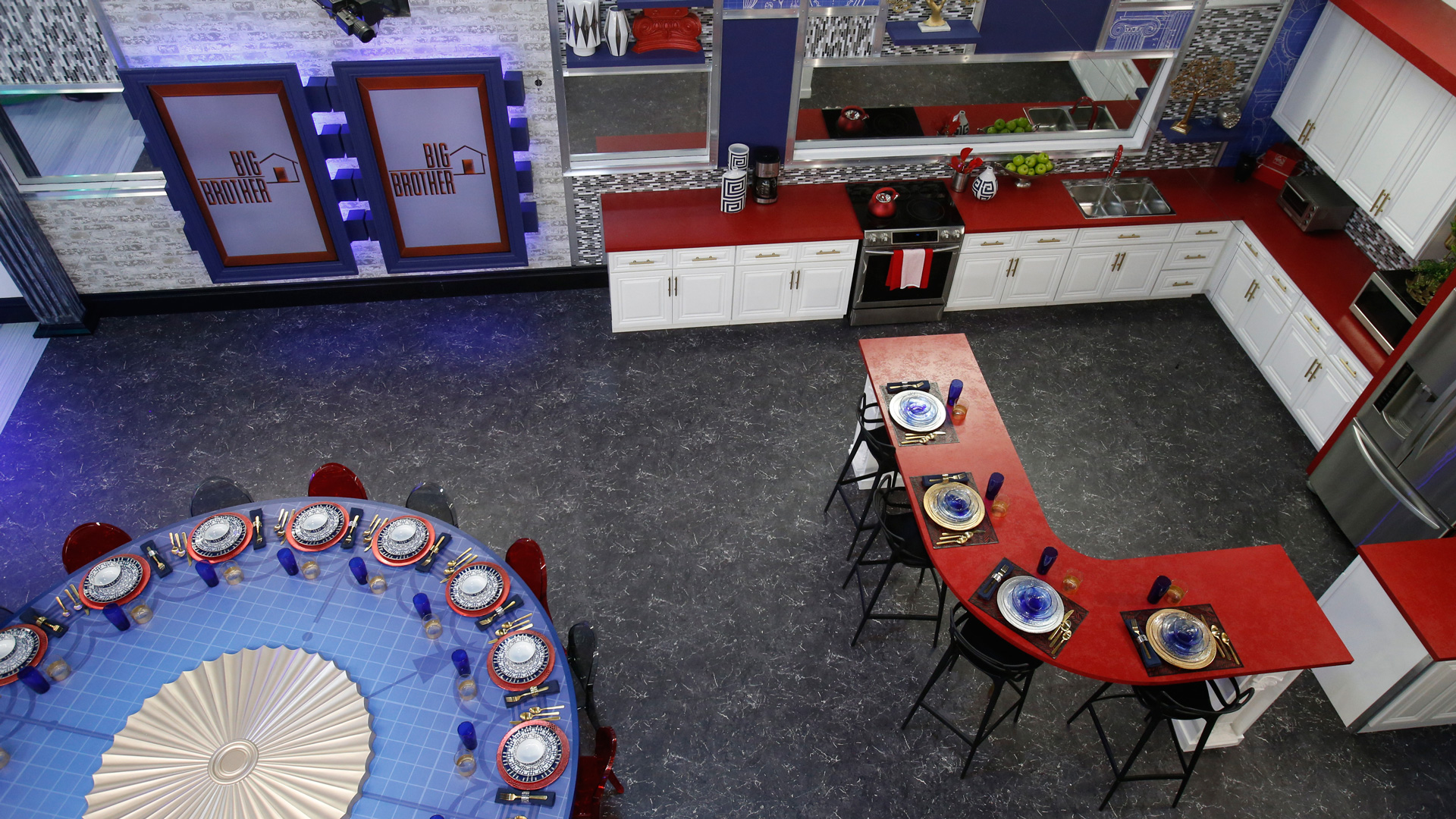 Get a sense of this grand space with a bird's eye view overlooking the dining area.

BB19 is just around the corner, so get ready for desires and impulses that will affect the game week after week. 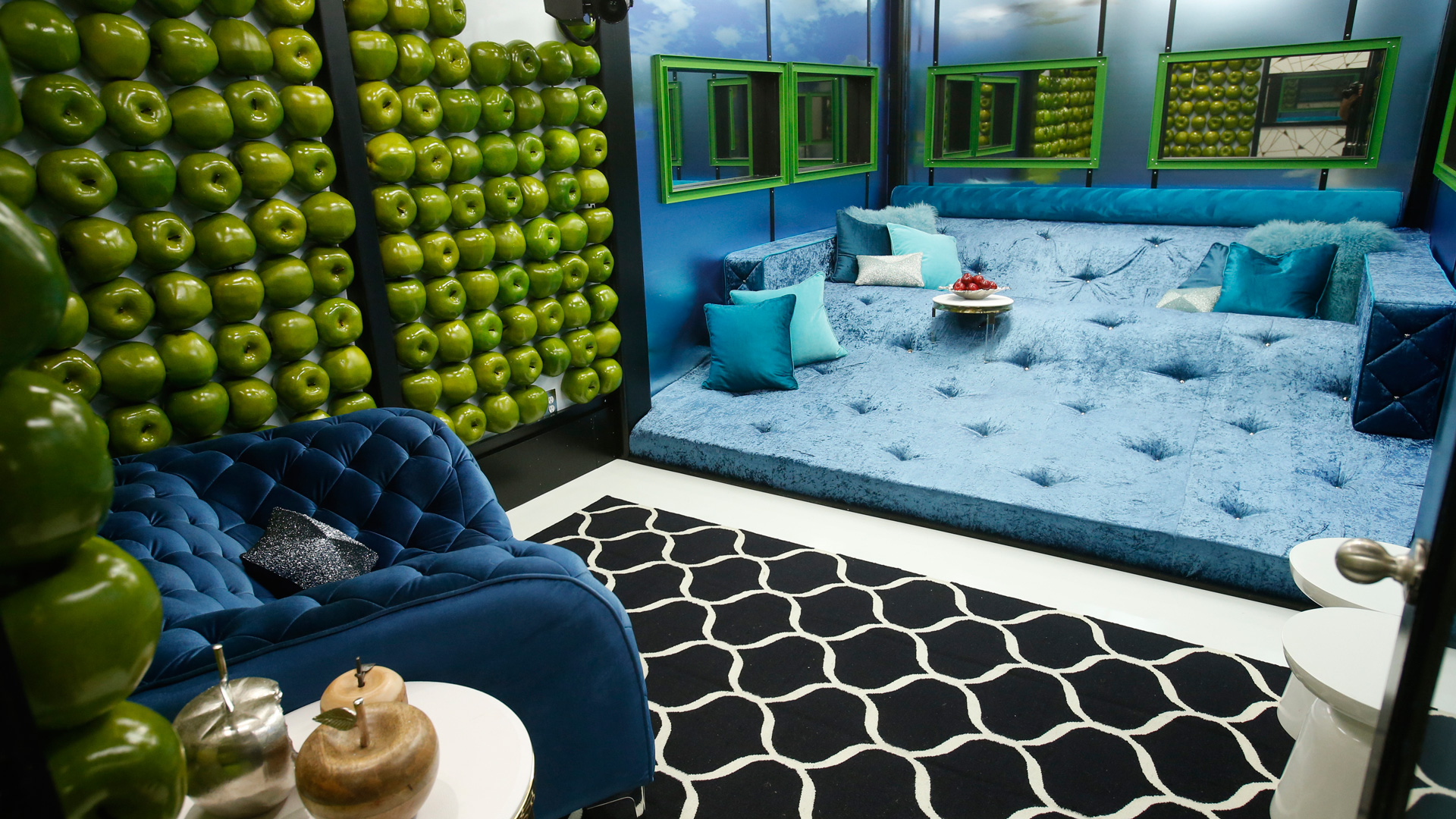 Check out this cozy lounge where the group will kick back.

A soft "wave" of crushed blue velvet with silver nail heads takes over this comfortable room. Behind the modern tufted chair are 396 massive green apples to add a hint of temptation. 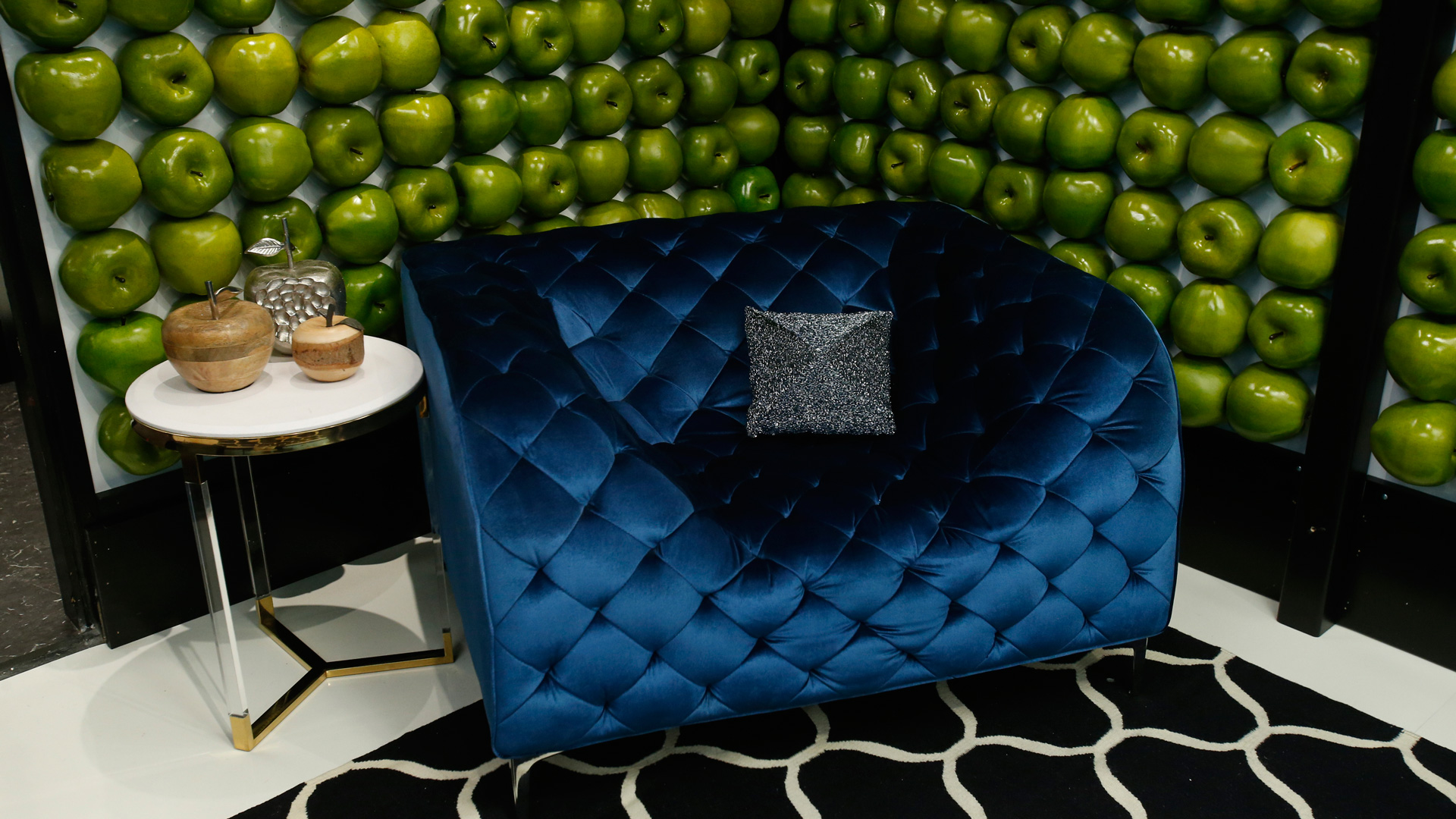 The contrast of green and blue surely catches the eye.

This seems like an ideal spot to relax between comps and evictions, huh? 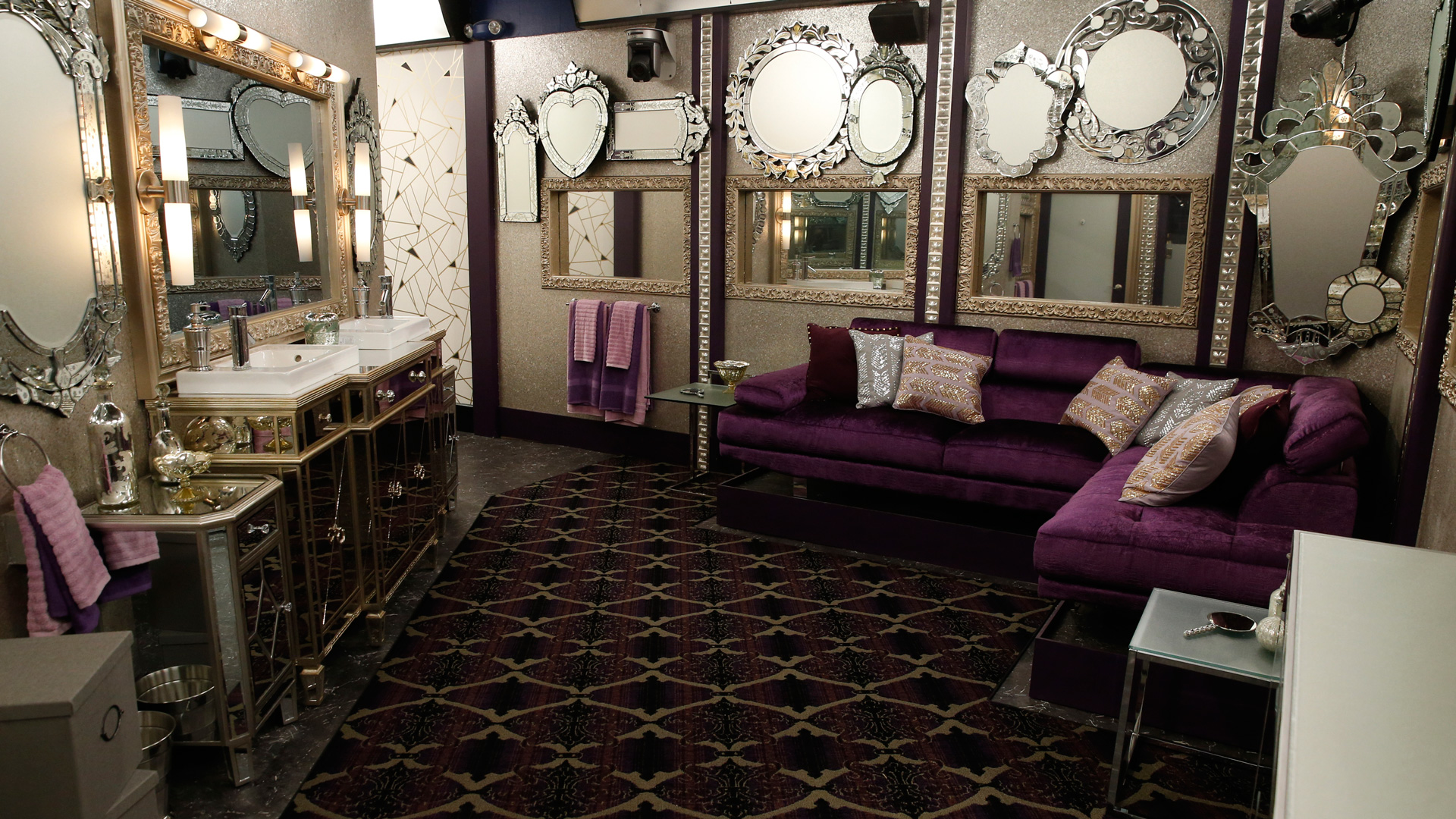 A hint of vanity takes over the large bathroom.

In this space, 18 Venetian glass mirrors will reflect every angle of the Houseguests as they pamper themselves each day on plush purple couches. 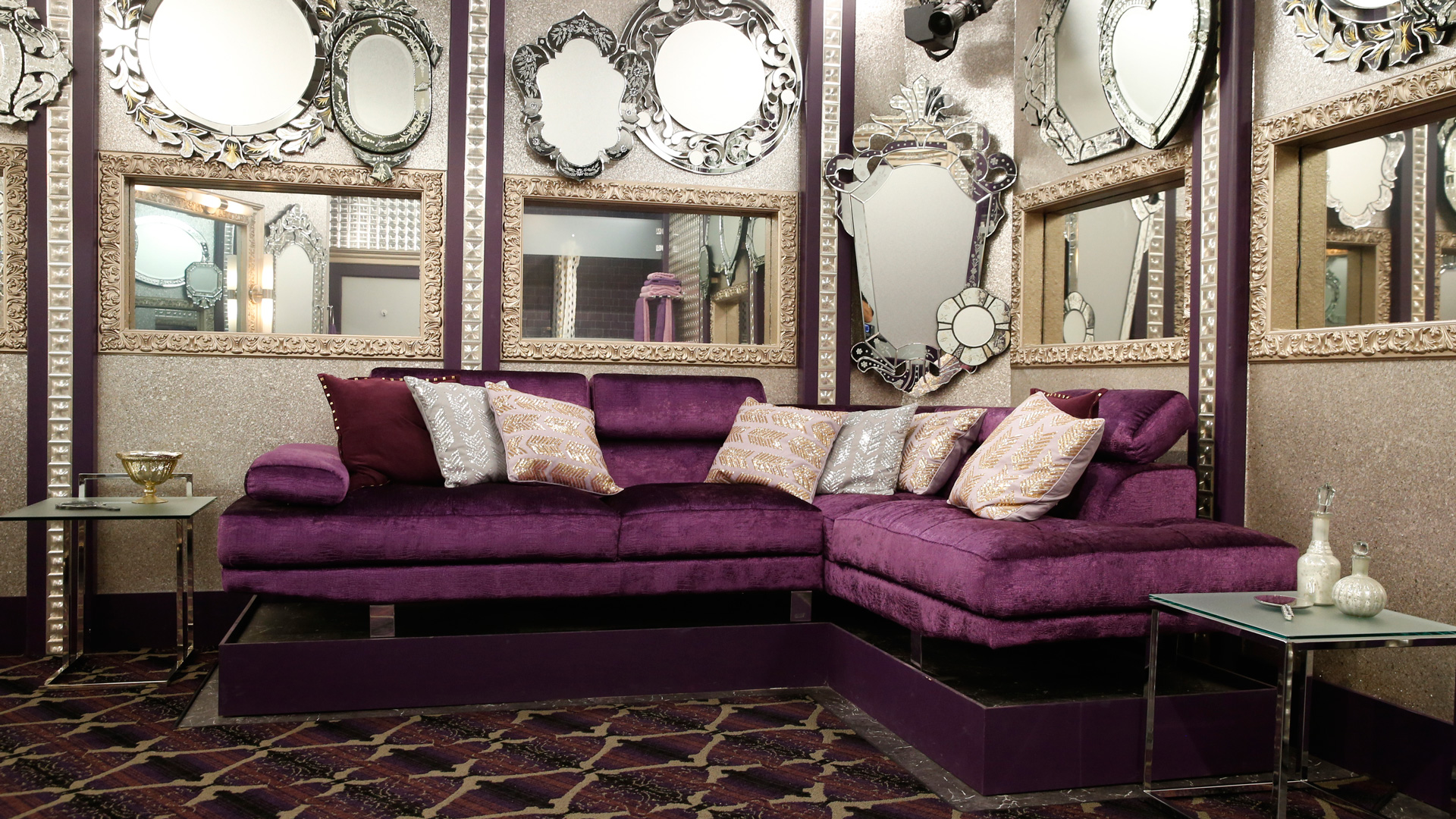 Shades of purple and silver give this room a most sophisticated touch.

This royal decor seems suited for the theatre. 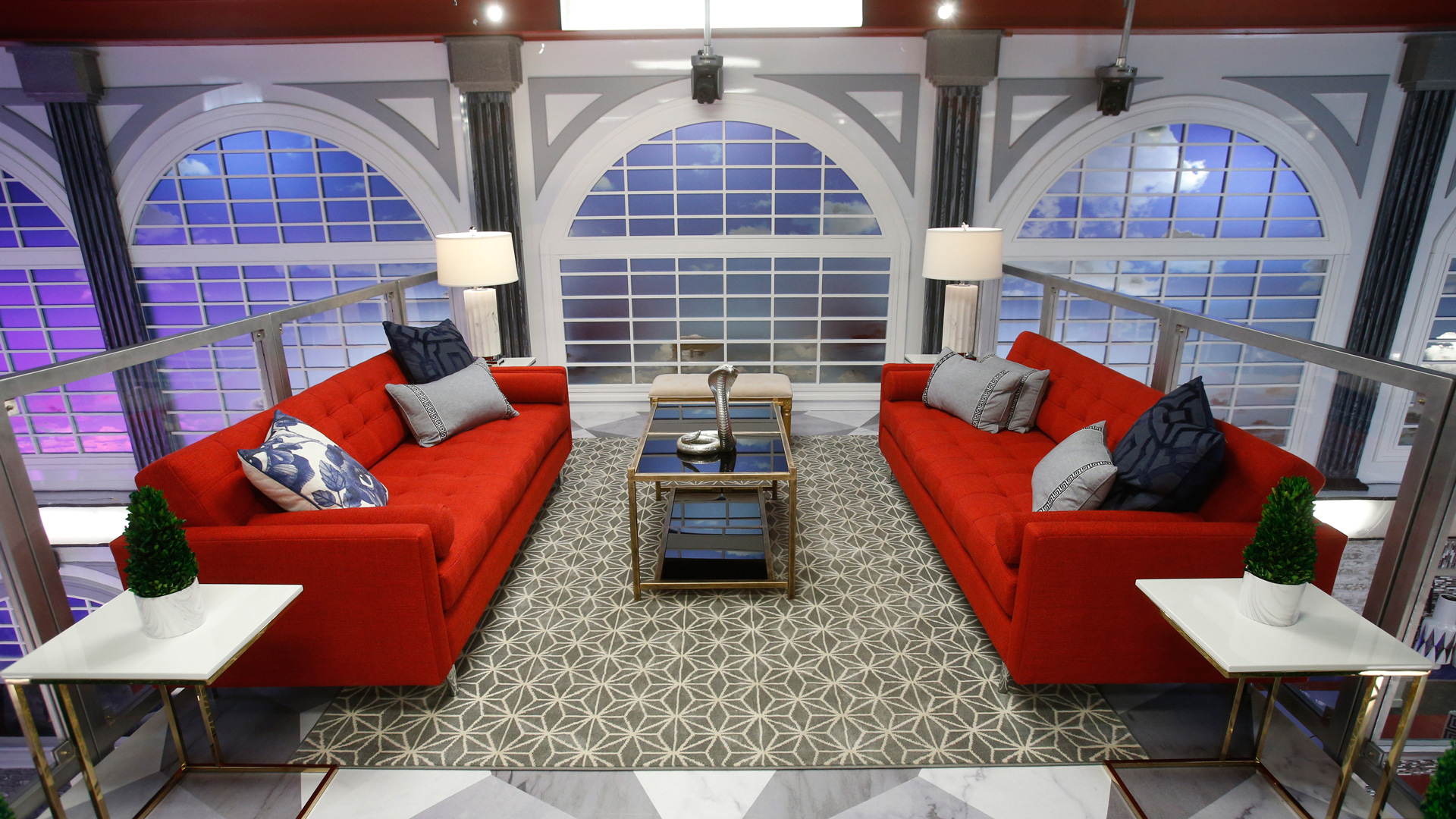 There's no real "down time" on Big Brother.

This upstairs chill space may look perfect for lounging this summer, but any Big Brother fan knows the game is always being played. 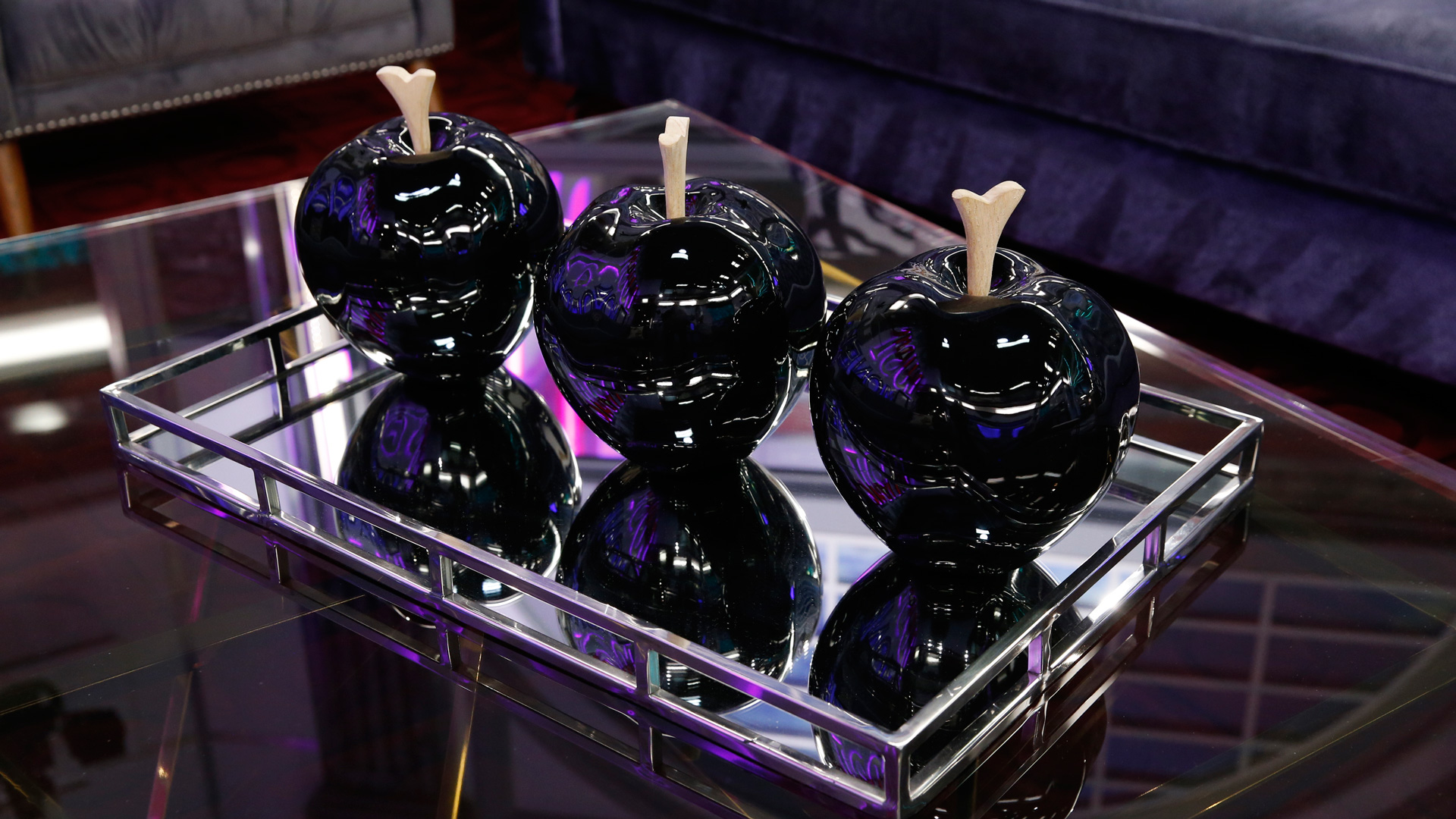 Who will be the first Houseguest enticed by a potentially game-changing offer? 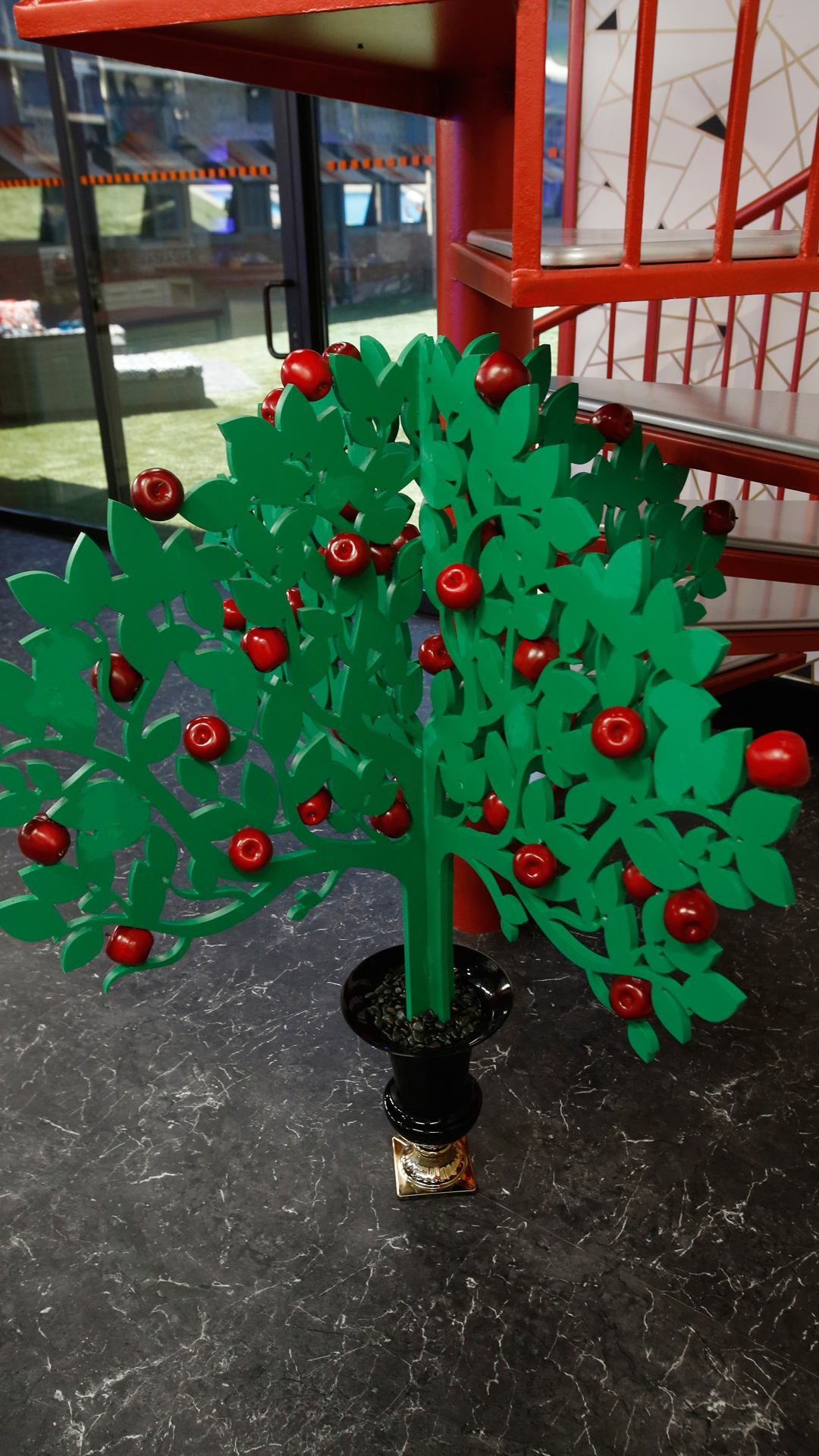 How 'bout them apples?

There's no doubt this eye-catching apple tree will be a topic of conversation when the Houseguests arrive. 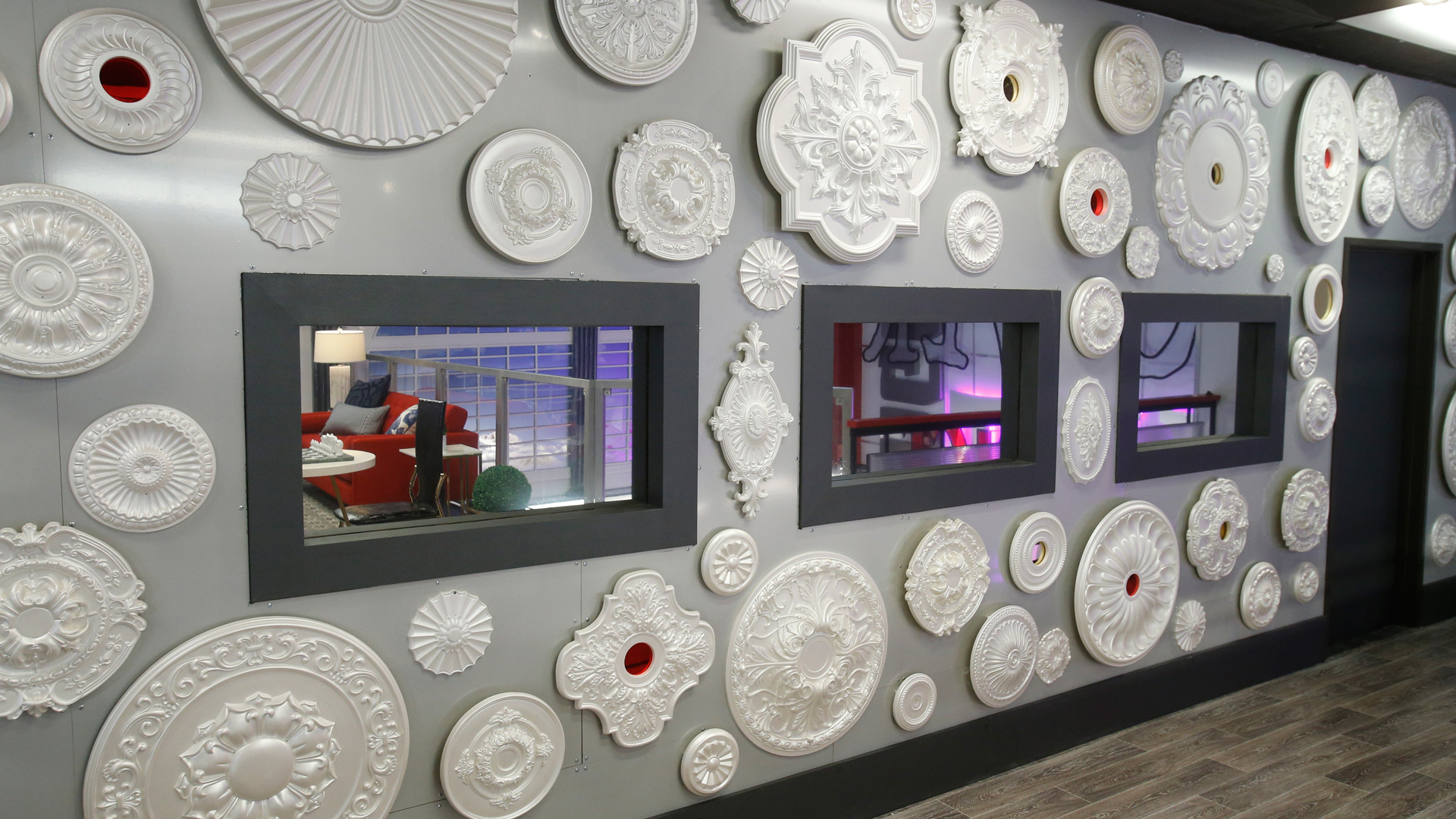 Even the walls make a statement.

This season's theme—Summer of Temptation—is loud and clear as seen here with silver and white decorations. 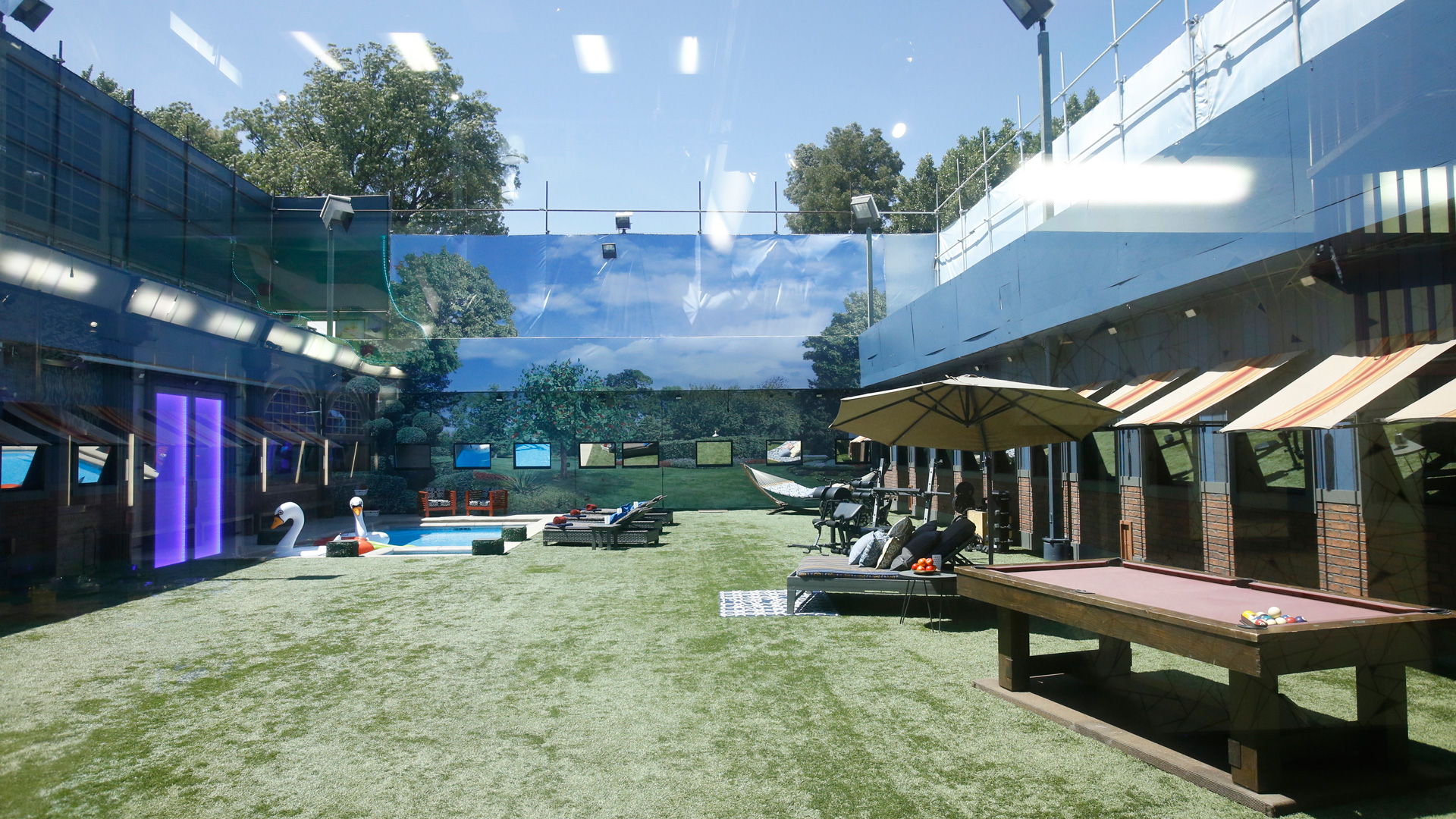 Take a look outside where the group will be pumping iron and catching rays.

You know the drill—BB backyards were made for workouts, sunbathing, and swimming. Get ready! 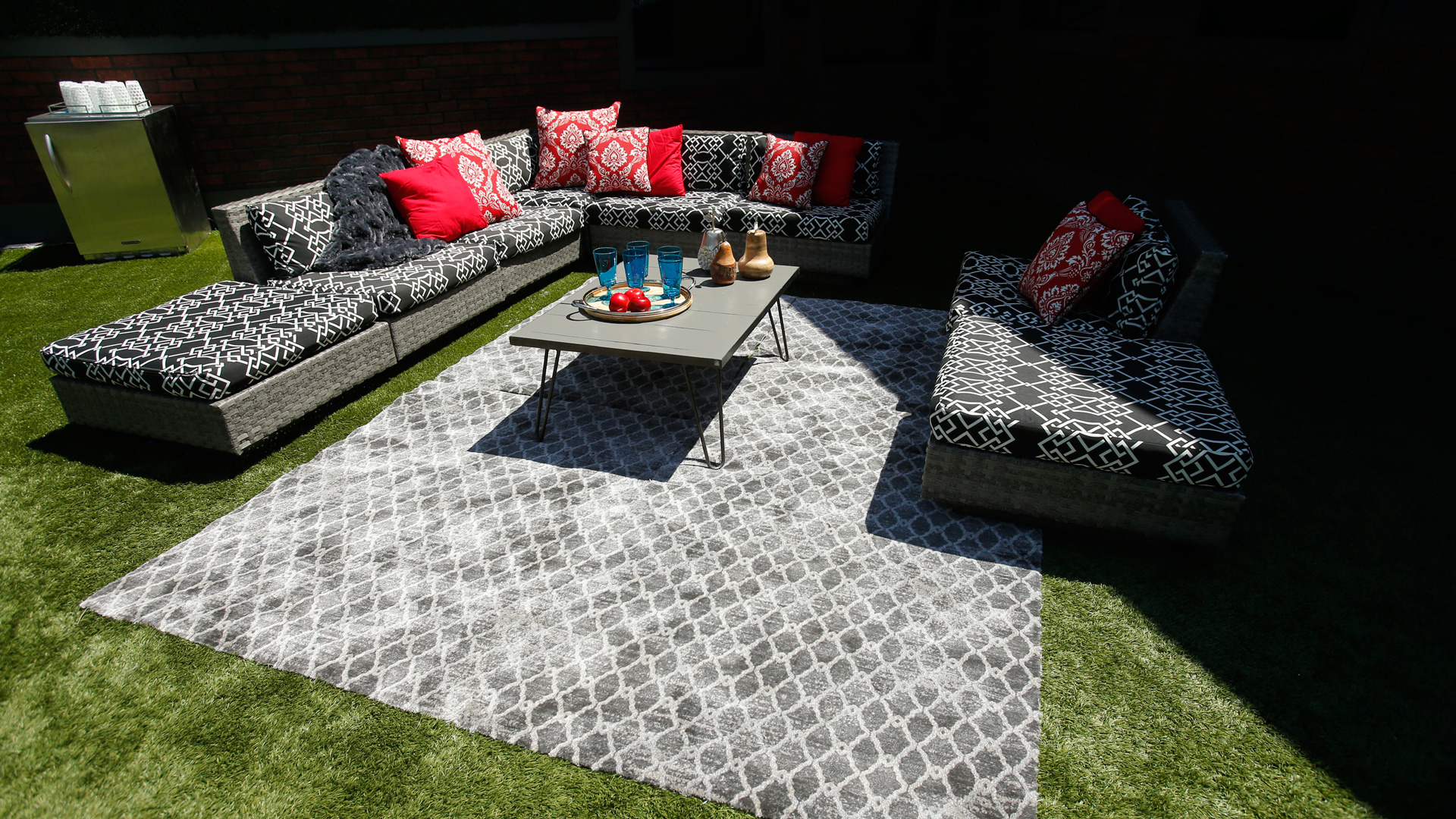 The outdoor lounge corner will tempt the Houseguests in a few ways.

Just take a look at that plush blanket, those red apples, and those comfy pillows. 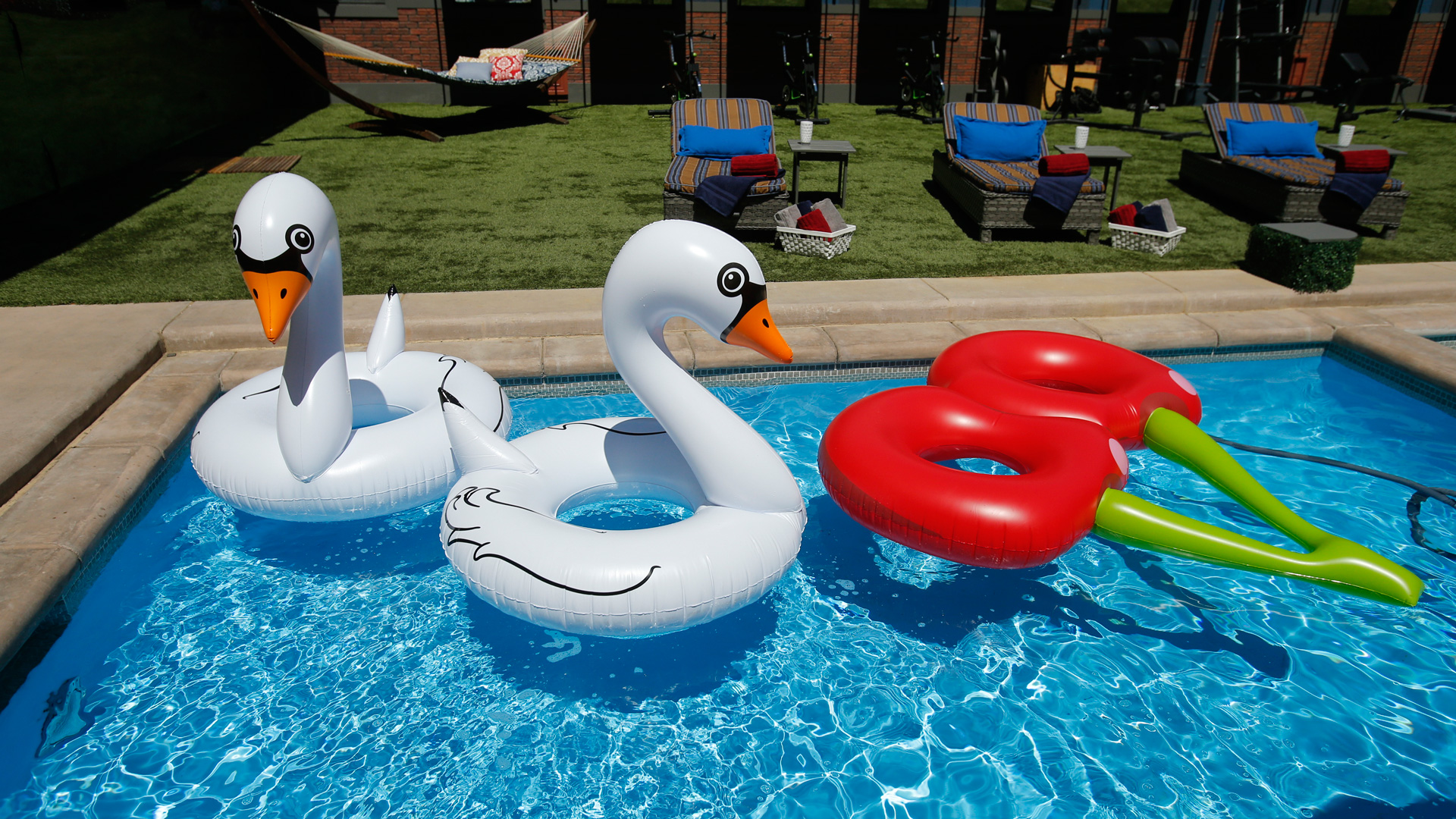 Though tranquil, even the BB pool could hold a temptation or two.

This season will be a game of risk vs. reward, as every temptation will unleash a consequence in the house.