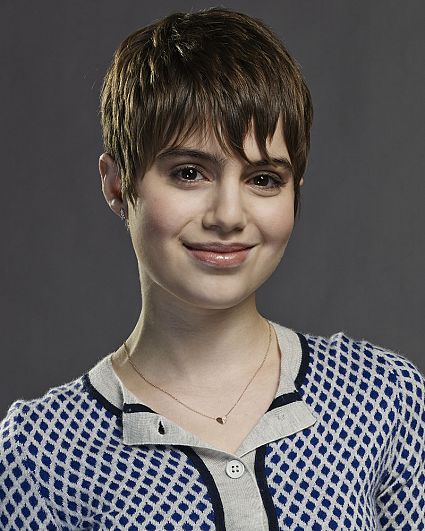 Nicole Reagan Boyle
Sami Gayle
Biography
In addition to her current television role, Sami Gayle has been compiling an impressive list of past and upcoming projects. This summer, Gayle will be seen with Robin Wright in "The Congress," which had its world premiere at the 2013 Cannes Film Festival. Gayle's big breakthrough role in film came in 2012 when she co-starred as a young prostitute opposite Adrien Brody in director Tony Kaye's "Detachment." Also that year, she starred opposite Nicolas Cage and Josh Lucas in "Stolen." ‎ Earlier in 2014, Sami starred in "Vampire Academy," followed by the independent film "Hateship, Loveship,” in which she appeared opposite Guy Pierce and Kristen Wiig. Gayle began her acting career as Baby June in the off-Broadway production of "Gypsy," starring Patti LuPone. She reprised her role when the production transferred to Broadway a few months later. She also co-starred in the off-Broadway plays "Oohrah!," at the Atlantic Theatre Company, and MCC Theatre's "Family Week," under the direction of Academy Award winner Jonathan Demme. She was featured in the 2007 Broadway production of "Dr. Seuss' How the Grinch Stole Christmas! The Musical."

On television, Gayle had a recurring role in "Royal Pains."