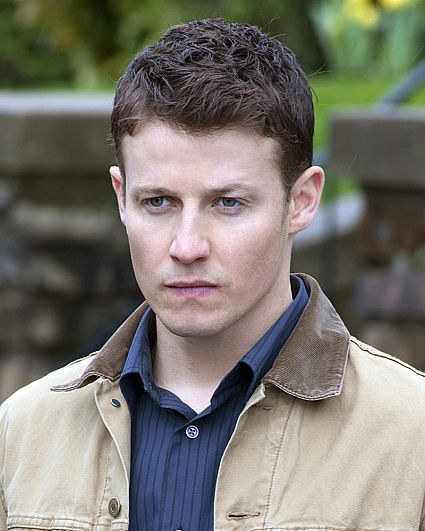 Jamie Reagan
Will Estes
Biography
­Will Estes has quietly amassed a diverse body of film and television work, challenging himself with each role. He received critical acclaim for his performance on the television program, "American Dreams," and later starred in the series, "Reunion." His additional television credits include "The Cleaner" opposite Benjamin Bratt, "In Plain Sight", "The 11th Hour," "7TH Heaven" and "Kirk." He also appeared in the television movies "Dive from Clausen's Pier," "The Familiar Stranger" and "See You In My Dreams," starring Marcia Gay Harden and Aiden Quinn.

Highlights of Estes' film credits include his role in the two-time Academy Award-winning World War II adventure film, "U-571," starring opposite Matthew McConaughey, Bill Paxton, Harvey Keitel and Jon Bon Jovi. Subsequent films include the independent features "New Port South," "Hard Shell," "Terror Tract," "Blue Ridge Fall" and "The Triangle." Most recently, he wrapped the independent features "Not Since You" and "Magic Valley."

When Estes isn't on set, he divides his time between his love for surfing, environmental protection efforts, friends and family. Estes' humanitarian efforts include advocating proper treatment for animals and involvement in Heal the Bay to support efforts to preserve and protect Southern California coastal waters. Estes recently installed a solar panel system on his home to minimize his carbon footprint and impact on the environment.

Estes was born and raised in Los Angeles, where he currently resides with his two rescue dogs. His birth date is Oct. 21.