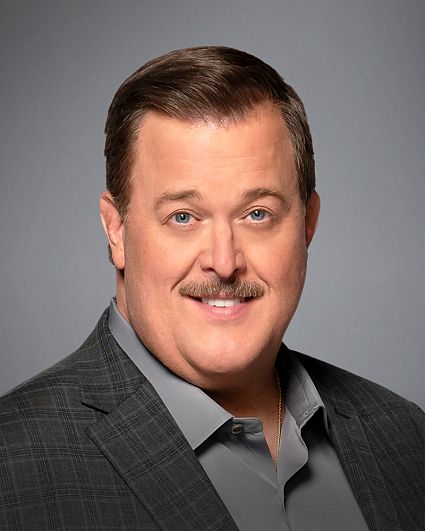 Bob
Billy Gardell
Biography
Emmy Award-nominated actor and comedian Billy Gardell starred with Melissa McCarthy in the hit series Mike & Molly as Officer Mike Biggs from 2010-2016. The series continues to air in syndication. Also, he had a recurring role as Herschel Sparks on Young Sheldon, and starred as Col. Tom Parker on the series Sun Records. In 2016 he received a Daytime Emmy Award nomination for Outstanding Game Show Host on Monopoly Millionaires' Club.

Prior to Mike & Molly, Gardell co-starred in the critically acclaimed series Lucky. His other television credits include Yes, Dear, Judging Amy, My Name is Earl, The Practice, Monk, and Gary the Rat, among others.

He made his major motion picture debut alongside Anthony Quinn and Sylvester Stallone in Avenging Angelo, and had a memorable scene with Billy Bob Thornton in the Cohen Brothers' film Bad Santa. Also, he appeared in You, Me & Dupree.

As a stand-up comedian, Gardell took the long road to Hollywood, stopping at every small-town lounge, military base, and comedy club along the way. His comedy act took him to Los Angeles where his dedication to acting and stand-up comedy allowed him to grow consistently in both arenas. His stand-up show is a powerhouse with its grounded, down-to-earth point of view that strikes a strong chord with American audiences. Stories about his rough childhood, wild adolescence, and new family life are executed with the skill of a master craftsman.

A native of Pittsburgh, Gardell currently lives in Los Angeles. He loves Steeler football, stand-up comedy and his wife, Patty, and son, Will. His birthday is August 20. He can be followed on Twitter @BillyGardell and Facebook @billygardell.