See how the massive game show set was built from scratch.
If you've seen any previews for the new Candy Crush game show, then you know the interactive touch-screen displays are massive—but did you know that they also broke a world record?

A new behind-the-scenes video (below) with CNET's Ashley Esqueda offers an inside look at what went into creating the impressive, candy-fied set. The show's creators revealed that Candy Crush's 30-foot screens now hold the Guinness World Record For Largest Touch Screen Display! 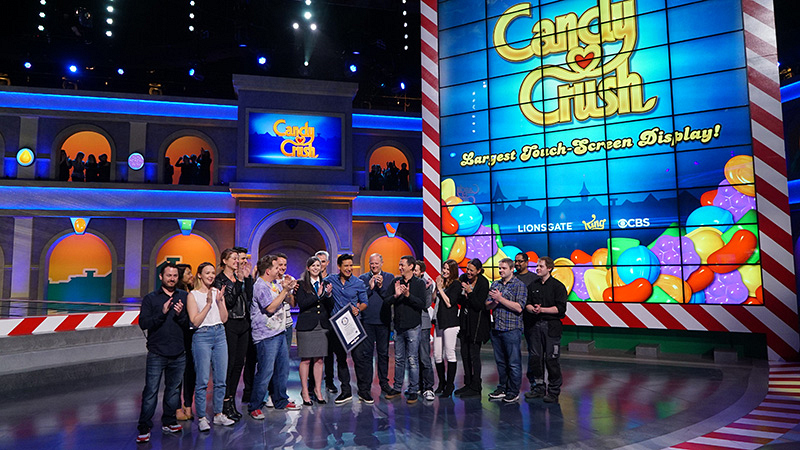 "And we didn't settle on just one," Co-Executive Producer Josh Silberman added. "We built two of them."

In addition to being over three stories high, the two displays boast 110 individual touch-screen monitors—55 for each one—that are built for constant wear-and-tear, like slamming into or jumping on them.

For these and more juicy tidbits on how the Candy Crush set was made, check out the video above.

Watch the series premiere of Candy Crush—featuring fan favorites from Survivor and Big Brother—on Sunday, July 9 at 9/8c on CBS and CBS All Access.